Dr. James (Jymn) E. Hubbard, Jr., Glenn L. Martin Institute Professor at the University of Maryland, has led a decorated career across academia and industry. He is a Fellow of AIAA (American Institute of Aeronautics and Astronautics) and ASME (American Society of Mechanical Engineers), is credited with more than 150 technical publications and 24 U.S. and worldwide patents and has served on numerous technical Boards and Committees of the National Academy of Engineering.

Jymn was born on December 21, 1951 in Danville, Virginia. The son of a Civil Rights worker, Dr. Hubbard had a tumultuous childhood of acute exposure to America’s racial tensions. At 11 years old, Jymn moved with his family to Baltimore, Maryland, where a critical chapter of his life began; his mother, seeking to keep him focused through participation in a communal organization like Boy or Sea Scouts, erroneously enrolled him in Sea Cadets, a division of the United States Navy. In the following years, Jymn underwent arduous sea training at Fort McHenry, and later, as part of a new Maryland Naval Militia program.

When asked to reflect on the experience, Jymn noted:

I learned discipline, how to be fearless, love for country, and confidence. I grew up with 50 guys that I would die for in a minute… That’s how we were. It helped me because I was taught to never give up, not even when you’re down and out and when it looks like it’s over… It’s gotten me this far.

Looking to continue the momentum of his naval training, Jymn’s mother enrolled him in Baltimore Polytechnic Institute, an engineering preparatory school. Despite experiencing racial stigmas in his newly-integrated middle and high school system, Jymn graduated from the Polytechnic Institute in 1969. Following graduation, Dr. Hubbard earned his license as a Marine Engineer for the US Coast Guard, serving as one of the first black and youngest engineers at sea. He spent a year in Vietnam serving his country as engineering officer in the Merchant Marine.

Jymn reflects on the intensity of his first weeks at MIT: “It was like drinking water from a firehose.” He found himself ill-prepared for the transition and initially struggled academically. After an encounter with the police in relation to a dorm room incident, Jymn met with department head, Dr. Herbert Richardson, half-expecting to be expelled. During this discussion, it came to light that there were inadequate resources for supporting black students on-campus. Then, instead of turning to expulsion, Dr. Richardson asked a critical question:

What if you and I got together and changed things?

Together, Dr. Richardson and Jymn activated a student group at MIT called Black ME (Black Mechanical Engineers) to help black students achieve their academic goals. As part of this initiative, Dr. Richardson provided the students with their own study lounge where they could receive one-on-one tutoring from volunteer faculty members. Jymn received Dr. Richardson’s kindness with overwhelming gratitude, promising to win awards in his honor.

Moving forward, Jymn was identified by Dr. Clarence Williams and the MIT Director of the Office of Minority Education, Dr. Wesley Harris as a strong candidate for a faculty position opening in the College of Engineering. After serving as a graduate instructor, Jymn conducted doctoral studies in helicopter aero-acoustics and accepted an Assistant Professor position in the Mechanical Engineering Department.

In 1982 Hubbard made a breakthrough – a steel beam could be controlled at resonance with a “little bit of energy” provided by a plastic piezoelectric film Distributed Piezoelectric- Polymer Active Vibration Control … This research was featured by CNN for its relevance to the Reagan StarWars Initiative to dampen large structures in space.

For the next year, Jymn toured the country with Dr. Banks giving lectures at prestigious institutions. During the tour, Dr. Banks introduced Jymn to one of his students, current AE Department Chair Daniel Inman. Dan had just received the first Presidential Young Investigator Award. Looking back, Jymn remembers two things from that early encounter, “First, Dan was friendly and funny right off the bat; and two, mathematicians spoke a different language [than engineers]. Dan was one of the rare people who could understand what I did and could translate the work of the mathematicians; he was the perfect bridge for me.”

From there, Jymn took a respite from MIT academia and held research positions at numerous institutions, including the Charles Stark Draper Laboratory, and Optron Systems, Inc. Optron, a photonics company owned by a black faculty member at MIT, dovetailed into Jymn’s interests in entrepreneurship; as VP, he was offered an opportunity to become involved with a $100 million project to build a new photonics center at Boston University. Jymn leveraged nine successful years at Boston University’s Photonics Center to start two new companies, PhotoSense, Inc. and iProvica Inc, and developed 12 new patents.

Jymn notes a particularly impactful interaction with students. Amid his research, he received a surprise call from a 5th grade class from Danville, Virginia – his hometown. The class had an assignment to find a “hero” on which to write a book and they had chosen him. He traveled to visit the class and found himself greeted by a crowd wearing “Hubbard Station” shirts, including the Mayor of Danville and his family. Later that day, he was awarded the “Key to the City” of Danville for Lifetime Achievements and Community Service. This experience helped fuel Jymn’s on-going passion for student support and mentorship.

In 2004, Jymn accepted an offer from the University of Maryland to serve as the distinguished professor for NASA’s $325 million world-class National Institute of Aerospace (NIA), where he has now served for 12 years.

Learning from his career, Jymn has crystallized some advice for students:

Have a dream every day. To accomplish that dream, you need will two things: one, is perseverance and two, is the Grace of God… Without mentors in my life like Dr. Wesley Harris, Dr. Herbert Richardson, and Dr. Don Fraser [from Draper Laboratory], I would not be here today.

Jymn was recently inducted into the Class of 2016 National Academy of Engineering. Currently, he resides in Hampton, Virginia with his wife Adrienne, three sons James, Drew and Jordan, an American Staffordshire Terrier (Reign) and the loving memory of his pure bred German Shepherd “Nite”. To learn more about Dr. Hubbard’s journey, visit the History Makers web page.

Dr. Hubbard visited the Department of Aerospace Engineering on February 16th. He gave a graduate seminar titled, “An ethological approach to SUAVs for first responders,” where he explored a control architecture that allows for human-robot interaction that mimics the relationship between a Service Canine and a team of first responders. Watch his lecture on demand. 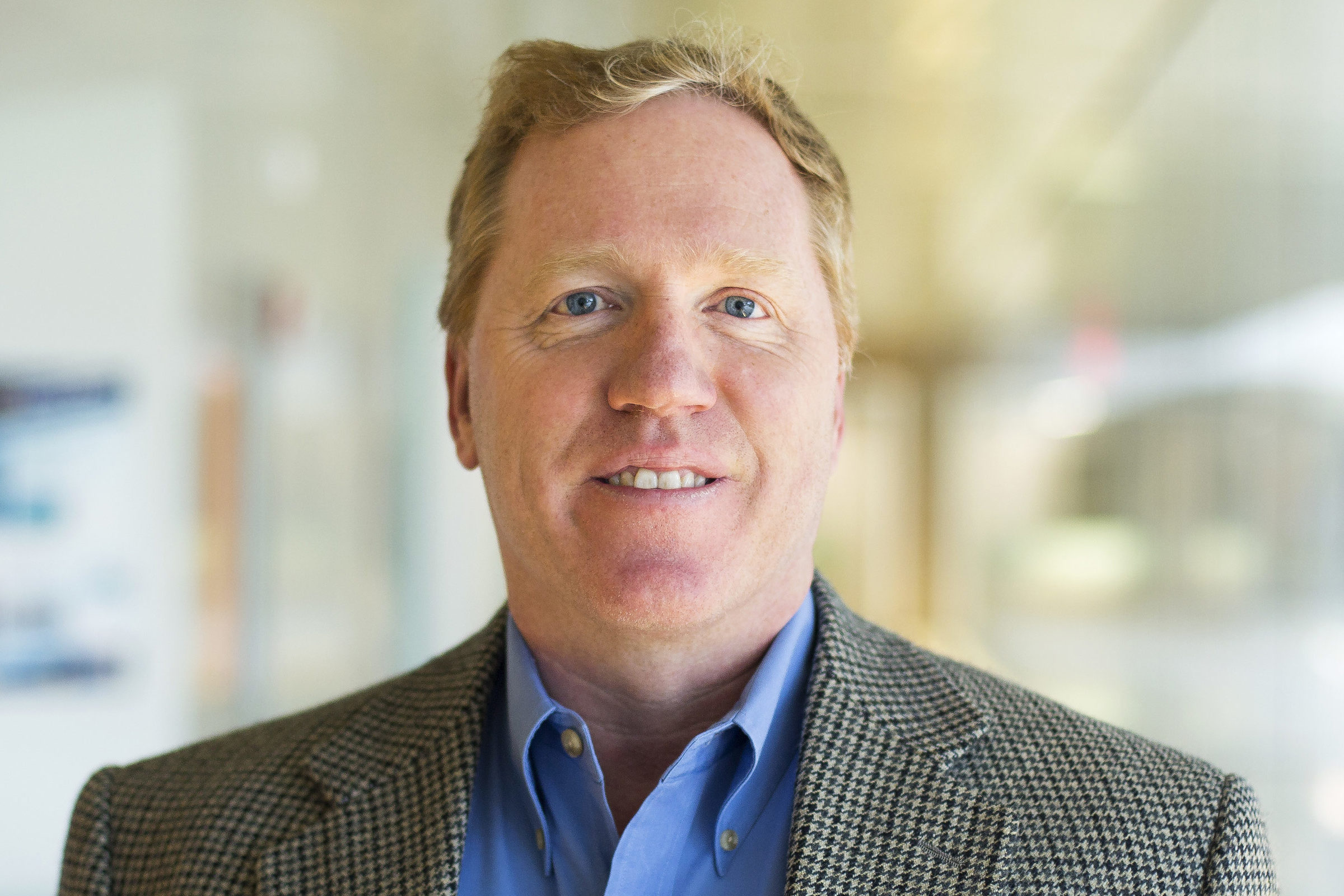