High-risk pregnancies put expectant mothers in a difficult position, since monitoring their condition requires a lot of clunky equipment and specialized technicians. Women have two options when something goes wrong: they can stay on bedrest at the hospital, sometimes for months, or wait at home and hope for the best.

Obviously, neither situation is ideal, and many families can’t even afford to choose.

Prof. Todd Coleman thinks there’s a better option waiting on the horizon. His group is tackling the challenging problem of getting high-fidelity monitoring to work affordably at home. To answer this need, he and his group at the University of California, San Diego have created sensors as thin as skin that can gather data from nearly anywhere.

His research has been featured on CNN, BBC, and the New York Times. His TED talks have attracted nearly a million views.

Working at the intersection of bioelectronics, neuroscience, information theory, and machine learning, Coleman runs a diverse and collaborative lab that broadly seeks to understand interactions between biological and computer parts.

Coleman’s nearly 20 students and researchers (including a number of Michigan alumni) collaborate with researchers throughout the university, taking advantage of connections to UCSD’s research hospital and neuroscience department. They explore problems ranging from brain-machine interfaces to unprecedented new monitoring systems for gastrointestinal health, and the scope of their work has only grown wider with time.

A Flexible Career in Flexible Electronics

Coleman wasn’t always so multidisciplinary in his research – in fact, until he finished his PhD at MIT, he was laser-focused on hard information theory.

“I was very much a tunnel-vision engineer,” he says. It was only after he graduated and weighed his first job offers that he was encouraged to branch out by his advisor. Heeding her advice to “go study something wildly different,” he took on a post-doctoral research position in computational neuroscience at MIT.

This experience kicked off a long evolution in Coleman. He found that information theory techniques could be applied to tackle a lot of problems he had never even considered.

“I was able to take my knowledge of information theory and use it as the language to learn about medicine and neuroscience,” he says. “In the back of my mind I began to wonder how I could apply this hardcore theory to help peoples’ lives.”

When he took his first faculty position at the University of Illinois Urbana-Champaign, he dove into crossing his information theory background with his newfound interest in neuroscience. His key projects involved using principles of statistics to learn how our brains process information.

Coleman took a step further and began work on brain-machine interfaces, which allow you to control robotic arms, simulations on a screen, and even remote control airplanes with your mind.

This field hooked Coleman. He saw the potential in interpreting and manipulating brain signals and wanted to expand his work, but hit a roadblock. The technology that existed at the time (2007-2008) was far from comfortable or portable. The interface resembled a large shower cap, and many potential subjects were turned off by its intrusiveness.

“There were no wearables yet back then,” he says. “We pretty much had to invent our own flexible electronic systems to measure these different signals.” 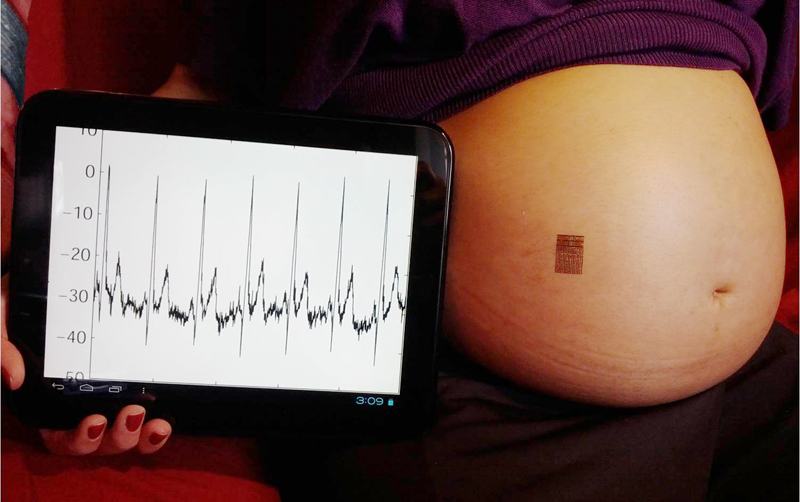 IMAGE:  Coleman hopes to make monitoring a high-risk pregnancy both affordable and convenient, so expectant mothers can keep track of important signs from the home.

Now, at UCSD, his group has applied this technology to a number of different situations, including monitoring sleep, newborn infants, and pregnancy. All of these applications share the issue of working around clunky, difficult equipment, and Coleman hopes to miniaturize them all.

His systems for monitoring pregnancy are about as thick as a human hair, and can be manufactured using the same processes as a computer chip. These systems can measure bodily movement, temperature, and the electrical rhythms of the body, and have wireless transmission capabilities.

“We gave ourselves a big mental high-five,” he says in a TED Talk on the subject. “Some of the things we imagined were beginning to come to fruition in a clinical context.”

Shrinking existing systems is just one goal of the Coleman group. In a new project, he and his students hope to apply their thin sensors to measure gastrointestinal health – an area that has until now gone largely unexplored.

Coleman has come a long way from his tunnel-vision information theory days, and his branching out shows no sign of slowing. Looking to the future, he sees commercialization opportunities for his flexible electronics beyond the human body. A new venture has him mounting sensors on medication to give physicians information about their patients’ practices.

Wherever his sensors end up, Coleman will always be looking for new ways to improve lives.

We asked Todd, who graduated from Michigan with bachelor’s degrees in both elecrical engineering and computer engineering, to give a bit of advice to our students:

“A place like the University of Michigan is so rich. There are so many interesting things you can do, you won’t be able to appreciate how rich it is in just four years. Grab on to a piece of that richness, enjoy it, have fun, and be willing to adapt with time.”

This willingness to try new things can lead to unexpected experiences.

“It’s very hard to get out of your comfort zone,” Coleman says. “The path I took to my current research was not linear. You just have to follow your nose, listen to your mentors, and have fun.”

“Careers are very different now from when our parents were younger. You’re going to change, you’re going to evolve. Find something your really like, enjoy it, appreciate it, and when the time comes there will be a natural point to pivot.”

And finally, take advantage of the education you receive outside the classroom.

“Social intelligence is just as important as your grades,” he says. “You have a great opportunity to blossom at Michigan. There’s so much taught in the 48109 zip code you’re not going to find in a lecture hall.” 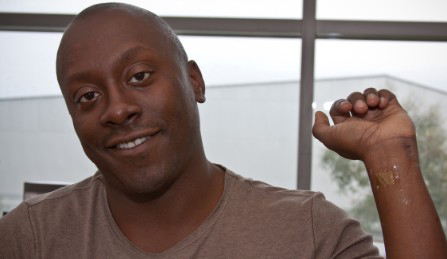 Since 2013, Coleman has given three TED Talks through TEDMED and TEDxUCSD, discussing thin electronics and brain-machine interfaces.

A temporary tattoo that brings hospital care to the home 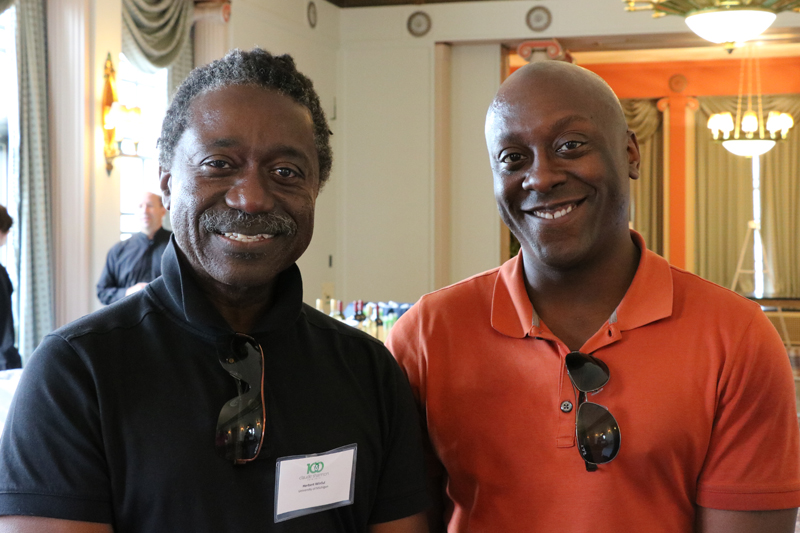 Coleman has maintained a close relationship with his Michigan roots. As an undergrad, he did research with Prof. Herb Winful. The two had a chance to reunite this year when Coleman came to campus for the Claude Shannon Centennial Celebration.

Coleman has accepted several Michigan undergraduate and graduate students into his group since moving to UCSD, including recent alum Kwesi Rutledge. Current undergrad Lee Rutledge did summer research with Coleman in 2016.