by Mark Barteau
Michigan Engineering
January 9, 2017
Obama has prioritized development of wind and solar in a number of ways, including installation on military bases. Mark Barteau offers a look at the future of energy policy post-Obama.| Long Read

In the closing days of President Obama’s second term, he and leaders in the Executive Branch worked feverishly to articulate their views of the administration’s legacy – and to cement that legacy as much as possible.

Nowhere is this more evident than in the areas of energy, climate and environment, where, as EPA Administrator Gina McCarty had said since well before the election, the plan was to “run through the tape” at the end of this administration.

Ordinarily, one might examine how an incoming administration and Congress could set new priorities or undo the actions of the previous administration. But this is no ordinary transition.

Not only are we confronted by Donald Trump’s less-than-consistent pattern of sound bites and tweets, but also the transition period has seen a daily stream of Cabinet nominees disagreeing with Trump, the dismissal of political norms and constitutional limitations regarding presidential conflict of interest, and even questions about the ability of an unfriendly foreign power to influence U.S. policy. From the miasma, little is certain except that the Trump administration will seek a rapid reversal of course.

Ultimately, we must judge the legacy of the Obama administration by the tides of change set in motion by its actions. The Supreme Court may gut the Voting Rights Act, but the enduring impacts of its expansion of voting rights are not so easily erased. The 115th Congress may repeal and replace the Affordable Care Act, but it is difficult to see some of the linchpins of Obamacare, such as coverage for preexisting conditions, disappearing from the expectations of the American people.

What then about clean energy? What can survive a worst-case policy, legal and legislative onslaught? What if the Clean Power Plan, the tougher fuel economy standards for our cars and trucks, the Paris climate accords, and other environmental achievements touted by the Obama administration go out the window?

The answer, from my perspective as the director of the University of Michigan’s Energy Institute, lies largely outside of Washington. It lies in the economic globalization from which Trump has profited as a businessman, yet railed against as a candidate. It lies in the ability of our states to act as the “laboratories of democracy” in ways that states-rights advocates have long extolled. Ironies abound.

EPA in the crosshairs

In his recent article “The irreversible momentum of clean energy,” Obama notes that over the past eight years, CO2 emissions from the energy sector fell by 9.5 percent. While the growth of renewable energy from wind and solar has played a part, the dominant contributor to this trend has been the displacement of coal by natural gas as the single largest fuel source for electricity production in the U.S.

That shift has been enabled by the dramatic increase in U.S. oil and gas production from shale and other “tight” geologic formations. It’s resulted in cheap and abundant natural gas, made cheap gasoline the norm for the past two years and vaulted the U.S. to become the world’s top energy producer.

It’s still not clear whether the EPA Clean Power Plan – regulations designed to curb CO2 emissions from power generators now held up in the courts – will survive legal challenges or what the Trump administration will do with it. Regardless, the continuing reduction of emissions from the power sector is here to stay for the foreseeable future. The demise of coal is a matter of economics, not policy or regulation. 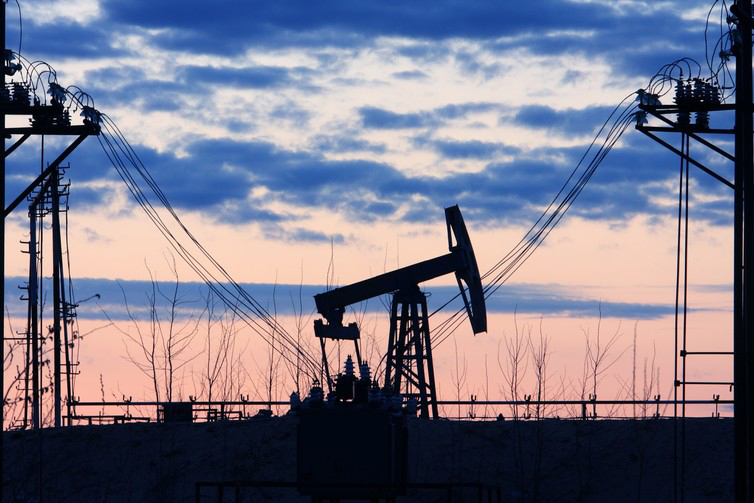 IMAGE:  The Obama administration’s push around efficiency and clean energy coincided with a boom in natural gas and oil production thanks the spread of fracking. www.shutterstock.com

But if the goals of the Clean Power Plan are sailing with the favorable wind of domestic energy supplies, the Jan. 13 action of the EPA to lock in vehicle fuel efficiency standards through 2025 might be seen to be sailing against the same wind. Automakers, not surprisingly, complained and have already appealed to President-elect Trump to undo these. Consumers, enjoying cheap gasoline for the past two years, have continued to buy larger and less fuel-efficient vehicles. Why should we expect higher fuel economy standards to survive?

The reasons are threefold. The EPA’s determination, after a lengthy evaluation of technical and economic feasibility and appropriateness, is legally binding. Reversal by the next administration would require a similarly lengthy process to establish a different finding and appropriate regulatory response.

While dazzling electronic capabilities and more self-driving features capture most of the attention at auto and consumer electronics shows, there also has been a relentless advance in fuel-saving technologies and, most importantly, investment in their large-scale manufacture. Advances such as engine stop-start and higher efficiency internal combustion engines are now standard.

Ford introduced the lighter-weight, aluminum body F-150 for the 2015 model year. GM has begun to deliver the electric Chevy Bolt. The progressive increases in fuel economy standards that have just been locked down to 2025 may stretch automakers, but there is no reason to expect the pace of technological innovation in more efficient and environmentally friendly vehicles to abate.

The reason for that is the global marketplace. The U.S. market represents about 20 percent of the global car market, and that share will likely decline as populations and economies grow elsewhere. Increasing urbanization will increase the need for ever-cleaner transportation, a trend automakers have recognized.

On Jan. 3, Ford rolled out its plans for seven of the 13 new electrified vehicles it plans to introduce in the next five years. Today, more electric cars are being sold in China than in the rest of the world combined.

Automakers complain that U.S. consumers are not willing to pay for better efficiency if it adds significant cost. However, consumer response to low energy prices suggests that vehicle size, not cost, has driven recent trends toward gas-guzzlers. So meeting U.S. efficiency and emissions standards by developing new technologies and products will continue to improve the global competitiveness of the auto industry. That isn’t going to change, no matter who occupies the White House. Unless, of course, that individual starts a trade war.

They may slow it down a bit by removal of tax incentives and disinvestment in federally funded R&D (both of which will attract significant opposition from many Republicans in Congress in wind-friendly states, for instance), but here the Obama legacy will not be uprooted. The reason is that we are at a much different place on the experience curve, both technologically and societally.

While wind and solar combined accounted for only 5.3 percent of U.S. electricity generated in 2015, costs for these renewable sources of electricity have been cut roughly in half since 2008; installed solar capacity has increased 17-fold and wind capacity has increased three-fold. Whether or not people install solar panels on their houses or support wind turbines in their own or somebody else’s backyard, these are no longer seen as exotic sources of energy. Just last month the nation’s first off-shore wind farm became operational, and given the proximity of 70 percent of America’s population to its coasts, this too may soon seem less exotic.

However, the real action on renewable power generation will likely be outside of Washington during the next administration. Twenty-nine states have Renewable Portfolio Standards, or mandates, for electricity generation in effect, with California’s “50 percent by 2050” being the most ambitious.

While the number of states with these renewable energy mandates has not changed much in the past eight years, the requirements in many of these have continued to be ratcheted up, with demonstrable economic benefit. Most notably in 2016, Michigan and Ohio successfully resisted attempts by Republican-controlled legislatures to eliminate their standards.

Part of the reason is that clean power is emerging as an important tool for economic development at the state level. The Renewable Energy Buyers Alliance includes some of the country’s largest and most respected corporations, and states that wish to attract or retain these employers are moving to ensure their clean energy supply needs can be met. While failure by states to ensure access to clean energy supplies may not yet have the same negative impact on recruitment and retention of businesses as passing “bathroom bills,” the future direction is clear.

In the end, the enduring clean energy legacy of the Obama administration may be that it got us “over the hump” of thinking in terms of the false dichotomy of clean versus affordable energy. While the revolution in domestic production of gas and oil relieved many of the economic pressures, the strong emphasis on clean energy development and deployment from the very beginning, including US$90 billion in clean energy investments and tax credits made under the American Recovery and Reinvestment Act of 2009, have ensured a cleaner energy trajectory for the nation. The pace may change, but the ultimate direction will not.