by Gabe Cherry
Michigan Engineering
January 18, 2017
In an advance that could lead to new progress against diseases like Alzheimer's and Parkinson's, researchers have demonstrated a technique for measuring the properties of individual protein molecules.| Medium Read
Enlarge 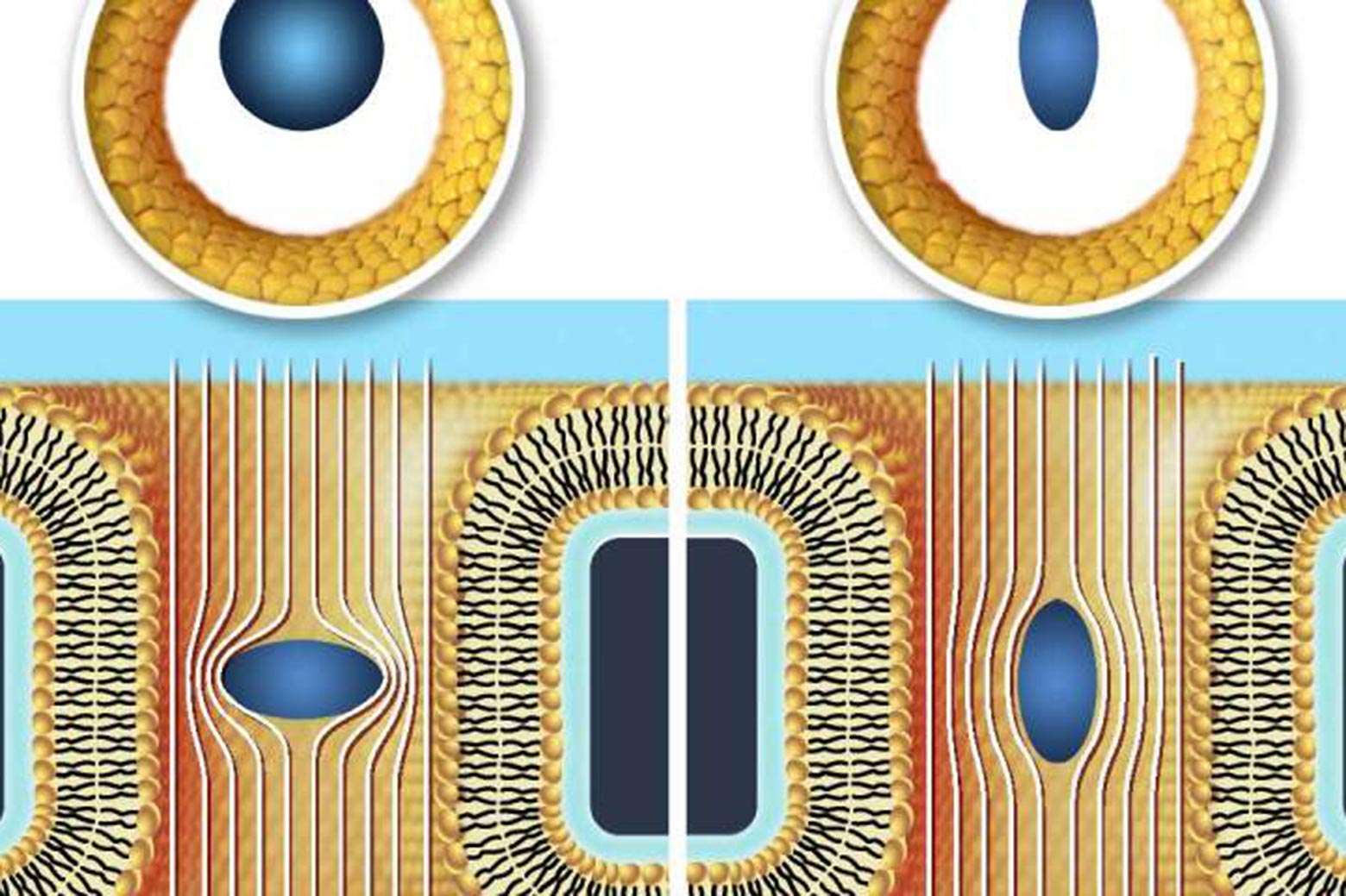 IMAGE:  This illustration depicts a side view of proteins (blue) flowing through two electrically charged nanopores. Courtesy of Michael Mayer.

In an advance that could one day lead to new progress against neurodegenerative diseases like Alzheimer’s and Parkinson’s, Michigan Engineering researchers have demonstrated a technique for precisely measuring the properties of individual protein molecules in a liquid solution.

Measuring proteins in blood and other body fluids could unlock valuable information, as the molecules are a vital building block in the body, essential to the function of every cell. The body manufactures them in a variety of complex shapes that can transmit messages between cells, carry oxygen and perform other important functions.

Sometimes, however, proteins don’t form properly. Scientists believe that some types of these misshapen proteins, called amyloids, can clump together into masses in the brain. The sticky tangles block normal cell function, leading to brain cell degeneration and disease.

But the processes of how amyloids form and clump together are not well understood. This is due in part to the fact that there’s currently not a good way to study them. Researchers say current methods are expensive, time-consuming and difficult to interpret, and can only provide a broad picture of the overall level of amyloids in a patient’s system.

The University of Michigan and University of Fribourg researchers who developed the new technique believe that it could help solve the problem by measuring an individual molecule’s shape, volume, electrical charge, rotation speed and propensity for binding to other molecules. They call this information a “5-D fingerprint” and believe that it could uncover new information that may one day help doctors track the status of patients with neurodegenerative diseases and possibly even develop new treatments. Their work is detailed in a paper published in the current issue of the journal Nature Nanotechnology.

“Imagine the challenge of identifying a specific person based only on their height and weight,” said David Sept, a U-M biomedical engineering professor who worked on the project. “That’s essentially the challenge we face with current techniques. Imagine how much easier it would be with additional descriptors like gender, hair color and clothing. That’s the kind of new information 5-D fingerprinting provides, making it much easier to identify specific proteins.”

Michael Mayer, the lead author on the paper and a former U-M researcher who’s now a biophysics professor at Switzerland’s Adolphe Merkle Institute, says identifying individual proteins could help doctors keep better tabs on the status of a patient’s disease, and it could also help researchers gain a better understanding of exactly how amyloid proteins are involved with neurodegenerative disease.

To take the detailed measurements, the research team uses a nanopore 10-30 nanometers wide–so small that only one protein molecule can fit through at a time. The nanopore is filled with a salt solution and an electric current is passed through the solution.

As a protein molecule tumbles through the nanopore, its movement causes tiny, measurable fluctuations in the electric current. By carefully measuring this current, the researchers can determine the protein’s unique five-dimensional signature and identify it nearly instantaneously.

“Amyloid molecules not only vary widely in size, but they tend to clump together into masses that are even more difficult to study,” Mayer said. “Because it can analyze each particle one by one, this new method gives us a much better window to how amyloids behave inside the body.”

Ultimately, the team aims to develop a device that doctors and researchers could use to quickly measure proteins in a sample of blood or other body fluid. This goal is likely several years off; in the meantime, they are working to improve the technique’s accuracy, honing it in order to get a better approximation of each protein’s shape. They believe that in the future, the technology could also be useful for measuring proteins associated with heart disease and in a variety of other applications as well.

“I think the possibilities are pretty vast,” Sept said. “Antibodies, larger hormones, perhaps pathogens could all be detected. Synthetic nanoparticles could also be easily characterized to see how uniform they are.”

The interdisciplinary team was able to dramatically speed up the process while potentially doubling the quality of the image| Short Read
Researchers
In the News
In the NewsJan 18, 2017
‘5D protein fingerprinting’ may help treat Alzheimer’s