A fantastic voyage: ERC for WIMS

by Catharine June
December 13, 2016
The first-ever Engineering Research Center in Wireless Integrated Microsensing and Systems has forged advances in many fields.| Medium Read

This was no overnight occurrence. Rather, it was the result of a quarter-century of Michigan Engineering-based advances in neural probes, low-power electronics, wireless communications, microelectromechanical systems (MEMS), innovative power sources, and advanced packaging. 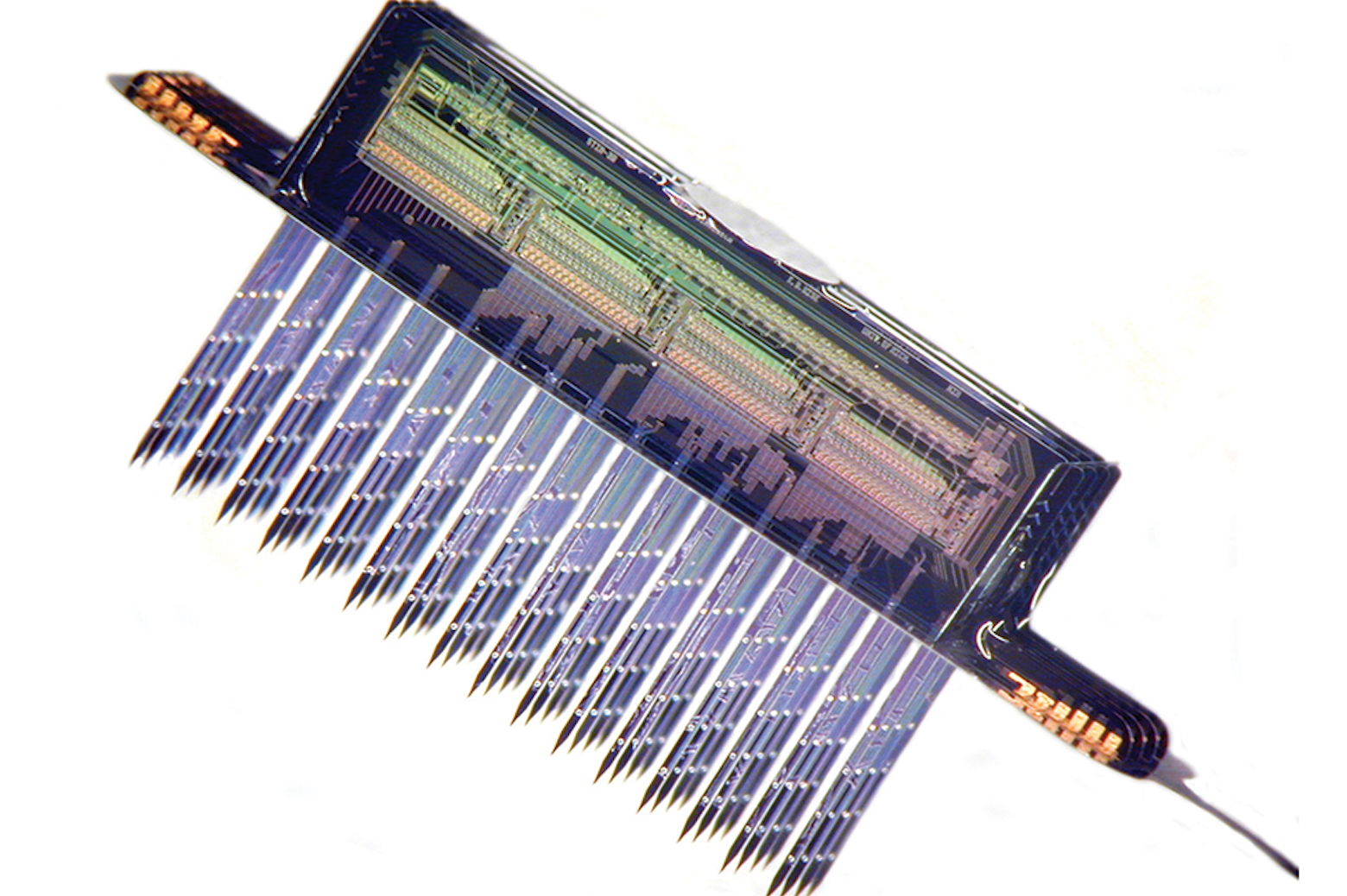 IMAGE:  Developed in 2000, this 256-site 3D stimulating neuroelectronic probe was the first to allow active simultaneous recording and stimulation in the central nervous system.

Over the next ten-year period – under the direction of Kensall Wise, William Gould Dow Distinguished University Professor Emeritus, and deputy director Khalil Najafi, Schlumberger Professor of Engineering – the Center developed cutting-edge technology for hearing, brain research, and biomedical/environmental sensing. It also authored 59 patents, and 11 spinoff companies that would further work incubated at the Center.

In 2010, the Center was renamed the Center for Wireless Integrated MicroSensing and Systems (WIMS2), and Yogesh Gianchandani became its director. Wireless integrated microsystems were by then becoming pervasive in applications such as health care, environmental monitoring, infrastructure monitoring, homeland security, and defense, and enhanced technology was enabling a ready linkage between the electronic and the physical worlds through pervasive sensing devices, which were helping to create the “Internet of Things.” 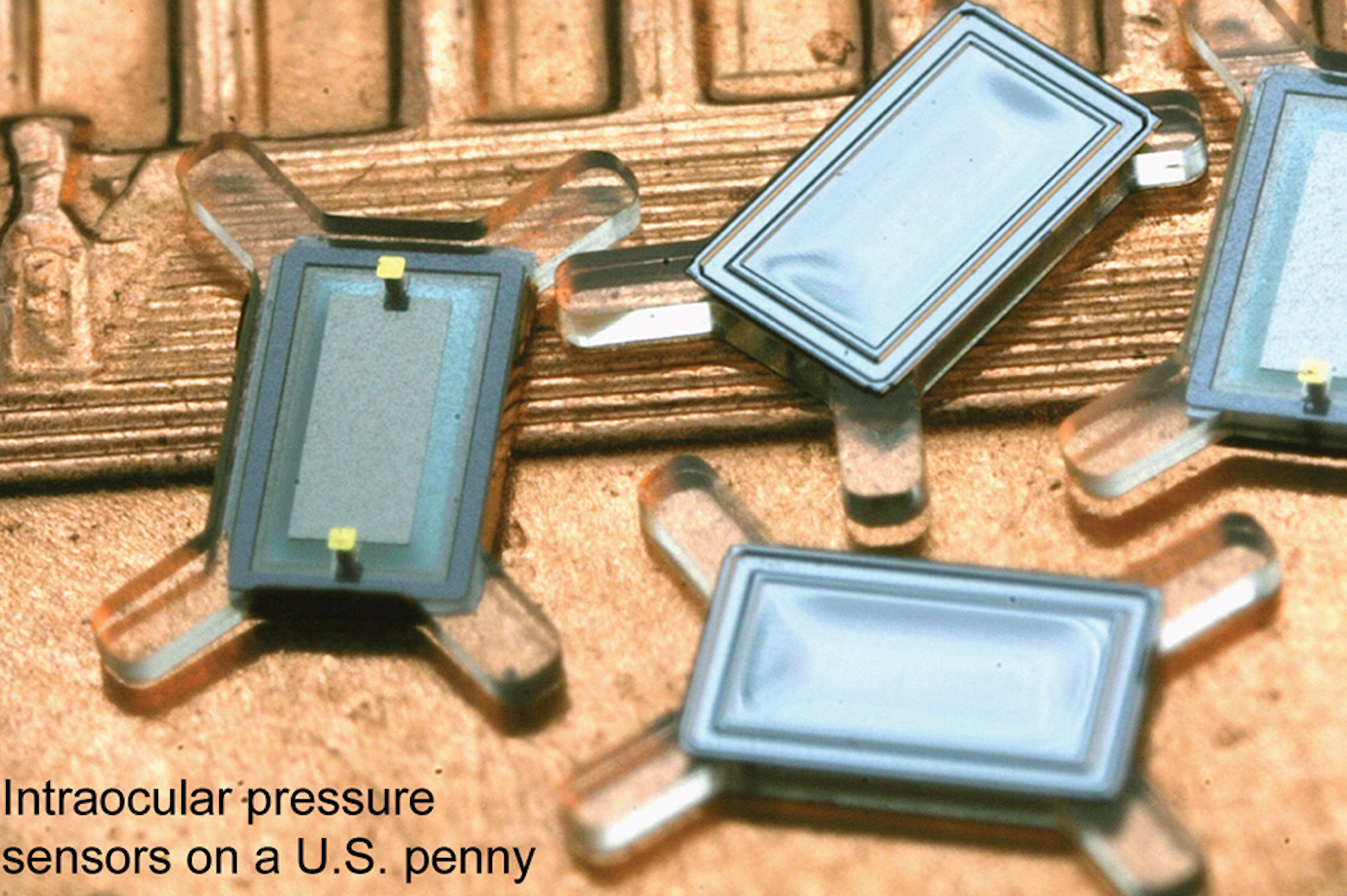 IMAGE:  Implanted in the iris of the eye, these tiny sensors in hermetically-sealed glass packages measured intraocular pressure every 15 minutes, wirelessly transmitting daily data to the healthcare provider.

The Voyage Begins – and Accelerates
Professor Wise influenced virtually every advance in wireless integrated microsystems research during the latter part of the 20th century.

Groundbreaking 1980s research in MEMS, which integrated sensors, actuators, and electronics on a common platform, led to the world’s first functional integrated gyroscope in 1993 and the first reported integrated ring gyro in 1994. By the mid 1990s, Michigan neural probes were being distributed worldwide, and microsystems for environmental monitoring were being developed as well. 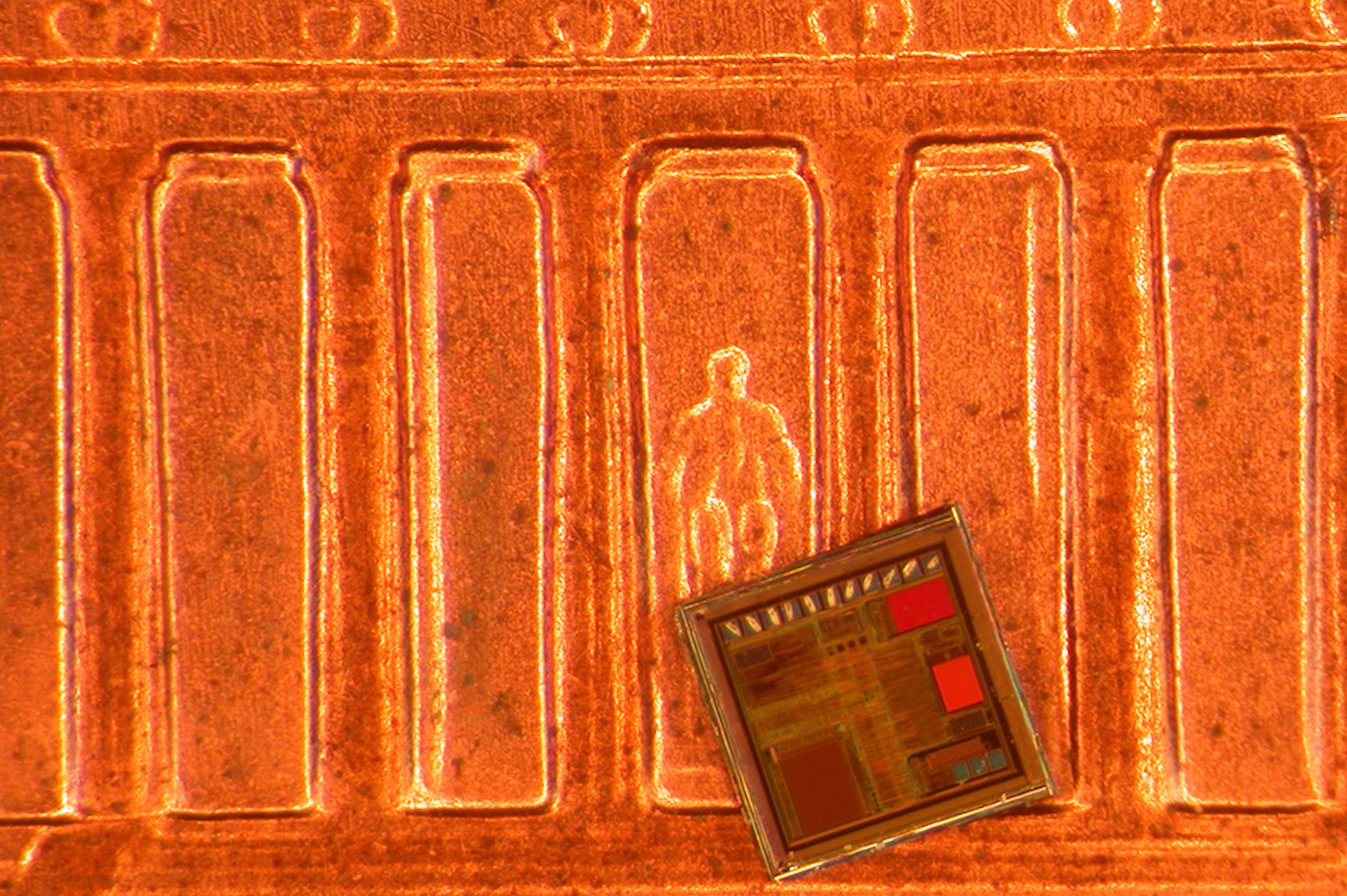 IMAGE:  The “Phoenix” processor. In 2008, the Phoenix microprocessor became the world’s lowest-power processor with its 20pW, 1mm2 platform for sensing applications.

By 2000, feature sizes had dropped below 100 nanometers, and new applications were being sought that required very-low-power microsystems with integrated circuits, sensors, and wireless interfaces.

In relatively short order, the Center had demonstrated the feasibility of moving beyond components to the system level, and to the creation of full microsystems capable of solving important societal problems.

Problem-Solving Applications
Among the Center’s major contributions and advancements: 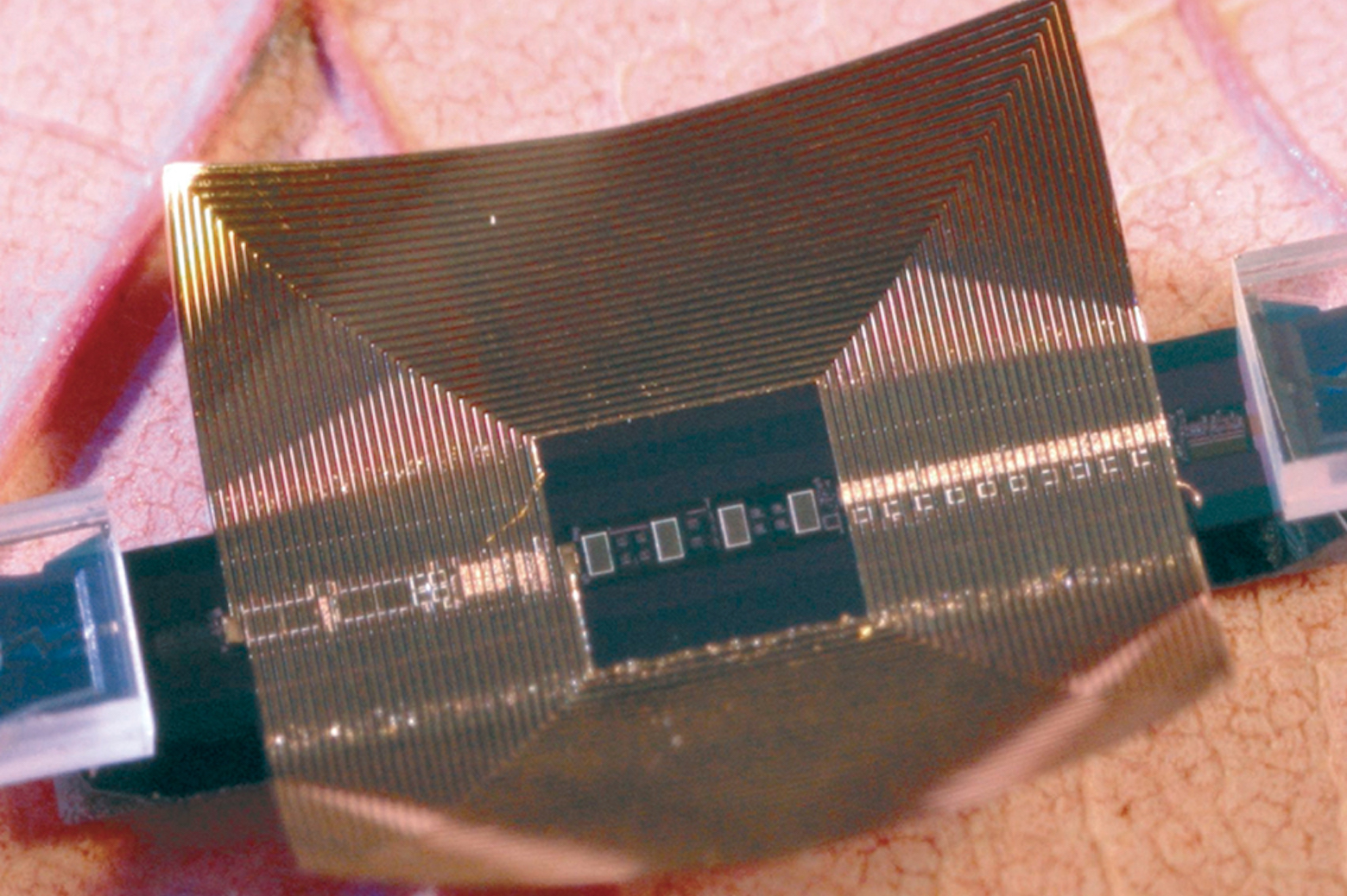 IMAGE:  Featured on the cover of Annals of Vascular Surgery, this 2004 wireless sensor measured pressure and flow in the carotid arteries. This was the first active stent incorporating active electronics ever reported.

The WIMS ERC Legacy
The Center played a pivotal role in other realms as well. Its active outreach program successfully included underrepresented minorities, females, and teachers: 61% of its short course enrollees were underrepresented minorities, and approximately 38% of its 3,424 K-12 Center participants were minorities. And more than 60% of its participating high school graduates would later enter a college engineering program.

During its decade-long reign, nearly 60 faculty members – representing 16 different interdisciplinary departments from 10 universities had – made significant contributions to the Center’s work. More than 1,200 journal articles and conference papers were published and presented at major MEMS/microelectronics conferences. WIMS research was featured on the cover of Neuron, Sensors, Annals of Vascular Surgery, EE Times, Journal of Neurophysiology, and Hearing Research. And the Center graduated 160 doctoral, developed five new courses, and created a program in Integrated Microsystems

The Center also forged strong international partnerships. Its industrial partnership program alone included more than 40 companies. A study funded by the NSF estimated that during the 1990s the Center generated a $400 million economic benefit to the State of Michigan.