by Jan Schlain
Michigan Engineering
November 27, 2016
With the Ford Nuclear Reactor being built on North Campus, the hope was that this conference would help to advance the cause of nuclear medicine and power.| Medium Read
Enlarge 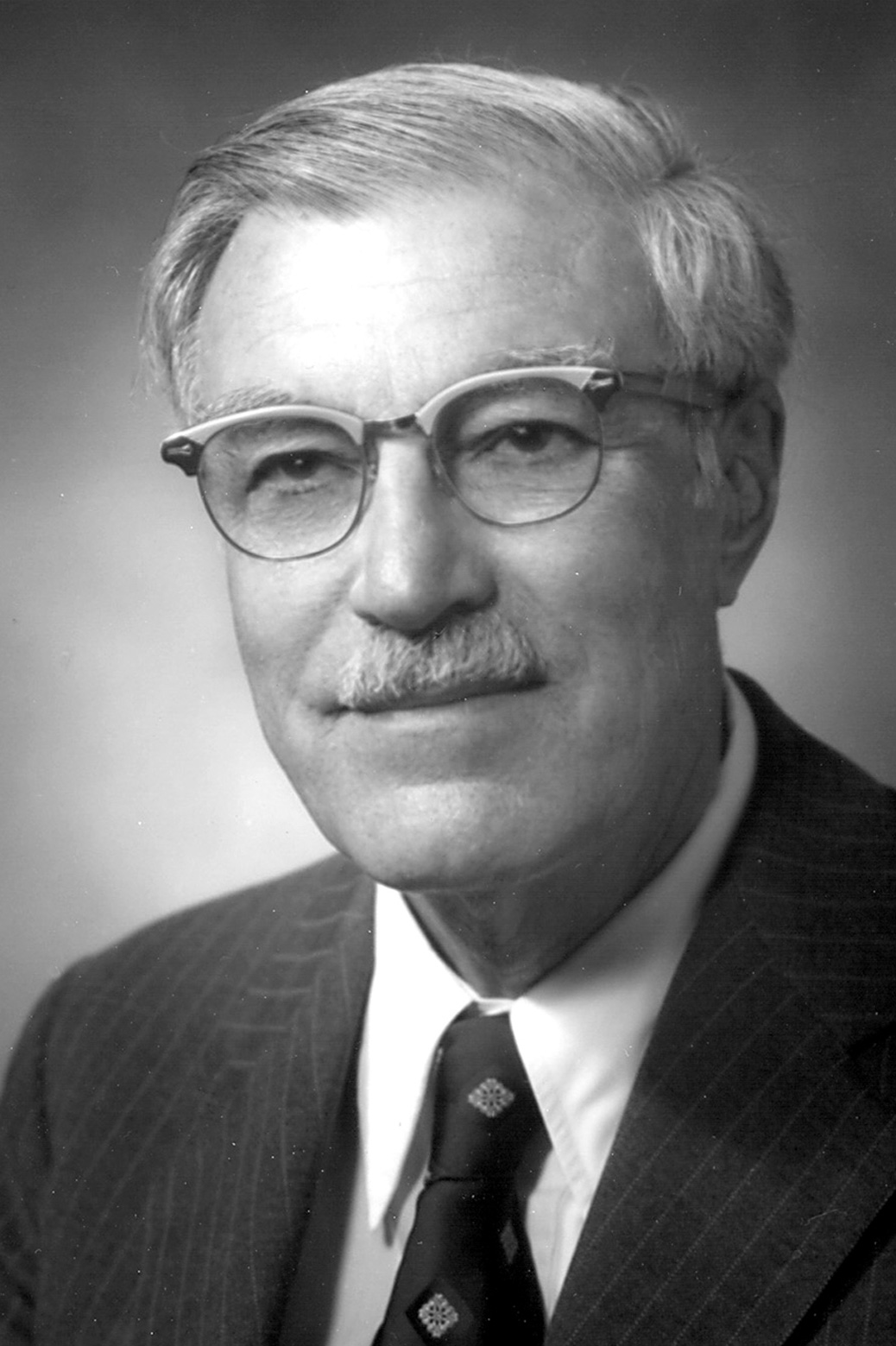 President Eisenhower was determined to solve “the fearful atomic dilemma.” In his Atoms for Peace speech before the United Nations General Assembly on December 8, 1953, he sought to turn a culture of secrecy into a culture of openness, and “nuclear” from a curse into a benefit for humankind.

In June 1954, the University of Michigan responded, holding the first-ever international conference on nuclear energy called the Nuclear Engineering Congress.

Sponsored by the Nuclear Engineering division of the American Institute of Chemical Engineers (AIChE) and hosted by Chemical and Metallurgy Department Chair and Chemical Engineering Professor Donald L. Katz and the University of Michigan, the three day event took more than a year to plan, mostly due to this shift from secrecy to openness.

Against the dark background of the atomic bomb, the United States does not wish to merely present strength, but also the desire and the hope for peace. The coming months will be fraught with fateful decisions…. May they be the decisions which will lead this world out of fear and into peace.

Katz, in his memoir, explained: “In 1951, I worked at Oak Ridge National Laboratory and became involved in the nuclear industry, and found that the nuclear processing people had not been involved in the AIChE as much as they might have, so I started the organization of a Nuclear Division of the AIChE, which was accomplished by about 1954. We held here the first meeting in the world of nuclear people after the secrecy was removed from much of the work done. They came here, 120 from other countries, and a total of 1,200 attended the meeting. I was chosen chairman.”

The invitations were issued by the Atomic Energy Commission (AEC), with arrangements made so that all foreign attendees could enter the country smoothly and avoid any embarrassment upon arrival. This attention to emotional comfort and ease of entry were among the keys to the conference’s success.

Michigan boasts a long history of bringing people from diverse backgrounds and different cultures together to search for global solutions, solve problems and expand research and other opportunities for faculty, staff and students alike. And this conference would be no exception.

The Right Time and Place

The stage was set. The conference would be held during the lull between spring and summer terms. Hill Auditorium and the Rackham Building, where most of the meetings would be held, were strangely available. And the Ann Arbor campus was tree-filled and beautiful.

The Ford Nuclear Reactor, in the process of being built on North Campus – thanks in large part to a $1,000,000 grant from Ford Motor Company – was intended to provide a training ground for generations of nuclear engineers to help advance the cause of nuclear medicine and power. And the hope was that this conference would promise a sharing of expertise in nuclear reactor building.

The University of Michigan also had just announced a new academic program at Michigan Engineering leading to a Masters of Science degree in nuclear engineering. Students would train not only at Michigan but at various national laboratories throughout the country, including Oak Ridge and Los Alamos.

This was a conference ahead of its time, holistic in nature.

Scientists and engineers, among others from Great Britain, Italy, France, Norway, India, Canada, Spain, Belgium, and elsewhere responded with cautious optimism to this new post-war chapter of global openness. These highly engaged experts engaged in discussions about the different ways nuclear power could be useful rather than destructive. They presented papers on everything from power generation to sterilizing foods and drugs to uses of isotopes as tracers in medical and technological processes. The social impact of the atomic age was also addressed by lawyers, doctors and spiritual leaders.

This was a conference ahead of its time, holistic in nature.

More than 100 papers were delivered on topics as concrete as “Thorium Metallurgy” and as abstract as “The Impact of Nuclear Energy on Religious Thought.” Many of the papers were classified when written but declassified by the time of the conference. There was also a hands-on aspect to the conference: the “Atoms for Peace” exhibition at the Rackham Building. 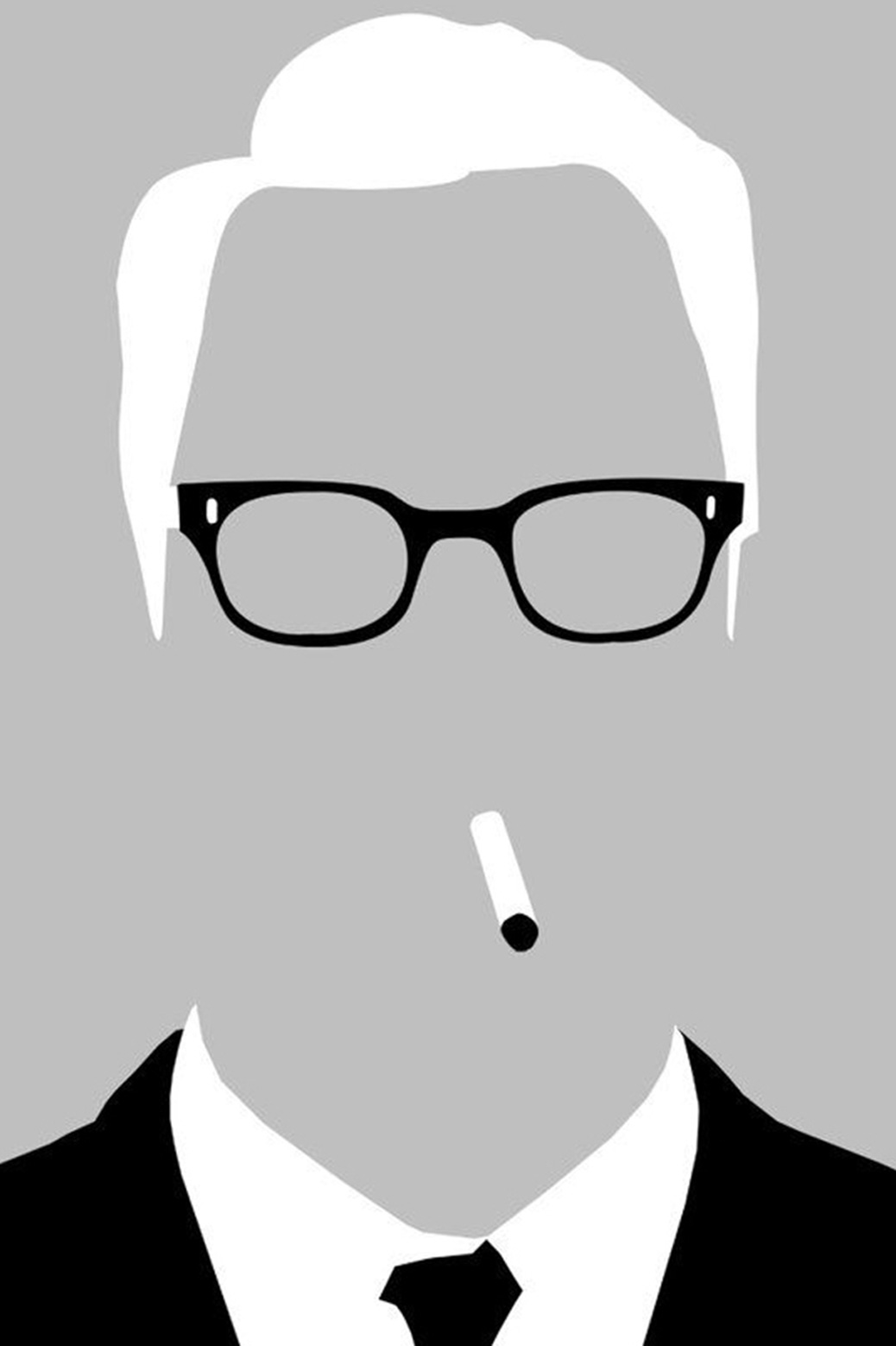 And not coincidentally, the Journalism Department was hosting its own Mass Communications Conference on Nuclear Energy Development at the same time. The two groups joined for two evening sessions, and when these scientists and journalists came together, sparks flew.

Each examined nuclear energy from very different perspectives – all remarkable people revolutionizing America without ever really understanding each other’s worlds. When these joint sessions were over, the journalists concluded, as reported in Michigan Engineering’s Michigan Technic, that the scientists needed to “come down from their ivory towers” occasionally, and tell the rest of us how their work affected the real world. The scientists, in turn, told the journalists that they should be more accurate in their reporting, and to stop indulging in “pseudoscientific speculation.”

This clearly was not a mere technical conference. It was, perhaps just as importantly, about managing anxieties and fears. Paul Block Jr., a research chemist and co-publisher of The Toledo Blade, heightened the tension slightly when he said, “The Japanese fisherman know far more about an H bomb explosion than do I.” The trend toward judging most discoveries as having military potential was not the approach we wanted or should take, he said – “not anymore.” Overly cautious, paranoiac and/or military thinking would impede the very result needed.

E. Blythe Stason, then dean of the Law School, delivered a talk about “The Impact of Atomic Energy on Legal Problems.” Dr. Shields Warren, a Harvard educated pathologist serving on the AEC spoke about “The Impact of Atomic Energy on Health.” And Gordon Dean, former U.S. AEC chair, challenged the audience with the real question underpinning the rest: How to balance secrecy and openness when it comes to national security and atomic energy.

The real question: How to balance secrecy and openness in national security and atomic energy matters.

Dean predicted that the Atomic Energy Act of 1946 would be liberalized – and he was right. He called for a program that would continue stockpiling atomic weapons at a greater pace than Russia but that would also de-classify information in the non-weapons area. Most importantly, for this Congress’ purposes, and for the future, he recommended making possible “a bold interchange” of information and materials pertaining to the peaceful uses of atomic energy.

This conference was the beginning of the turn away from the doctrine of absolute secrecy that was established in 1942 with the start of the Manhattan Project and the building of the first atomic bomb (“the gadget).” This secrecy became Federal law in 1946 with the Atomic Energy Act. That act was amended in 1954, to promote the peaceful uses of nuclear energy through private enterprise and to implement President Eisenhower’s Atoms for Peace Program.

In the end, the Michigan Nuclear Conference calmed many fears, even mythical ones. Yet, this was still 1954 – the “Madmen” era where white men in brown and grey suits, and often wearing glasses, were dominating professional fields, especially engineering. The ads recruiting college graduates to companies like Honeywell, Lockheed and even General Motors were directed at men. Michigan Engineering’s nuclear program was recruiting men.

The conference was both useful and provocative. C.E. Larson, the director of the Oak Ridge National Laboratory, spoke for many when he said, “It is to be fervently hoped that this meeting will…serve as a rallying point for the extension of …[President Eisenhower’s] spirit to other areas of human endeavor which will result in progress toward that goal of mutual understanding and cooperation which is the prelude to a peaceful world.” 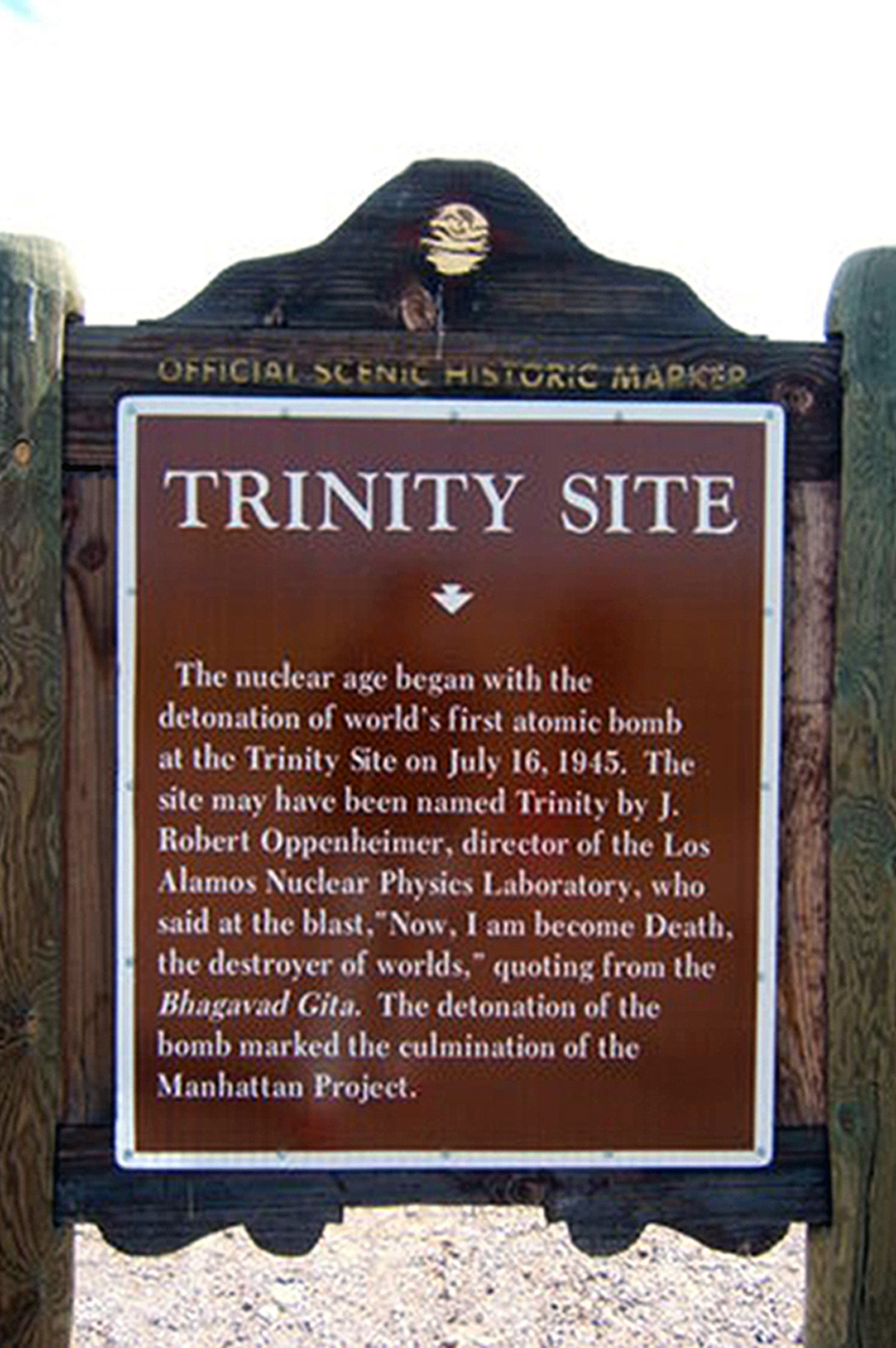 Times change. The pendulum swings. Dr. Elton Trueblood was a Quaker and senior advisor to President Eisenhower, who created a post for Trueblood as Director of Religious Information at the U.S. Information Agency – formerly the Voice of America. Dr. Trueblood gave one of the more stirring talks at the conference, one that might still be relevant today. One that might still give us pause.
He was recalling a meeting he had with a group of scientists shortly after the first atomic bomb explosion.

“Never had I been among men who evoked such wonder as to what the world would be like in the future,” he said.

Trueblood reminded the 1954 audience – just nine short years after Manhattan Project scientists exploded the world’s first nuclear device 200 miles south of Los Alamos at the so-called Trinity site, and three weeks later, on August 6 and 9, 1945, came the fateful dropping of nuclear weapons over Hiroshima and Nagasaki, Japan – that we needed, within ourselves, to find antidotes to “absolute despair, easy optimism, insensitivity to the use of nuclear weapons.” He suggested to all that the solution to problems in the atomic age, and the age of anxiety, would ultimately be spiritual.

The 1954 Nuclear Engineering Conference at the University of Michigan in the spring of 1954 was the first of its kind. It was the first organized attempt to take what had been learned about nuclear technology “out of the wraps of secrecy and into the forum.”

What seemed most clear after all was said and done was that the most destructive things may not be the product of atomic or nuclear energy but rather of fear, hate, and a lack of understanding. 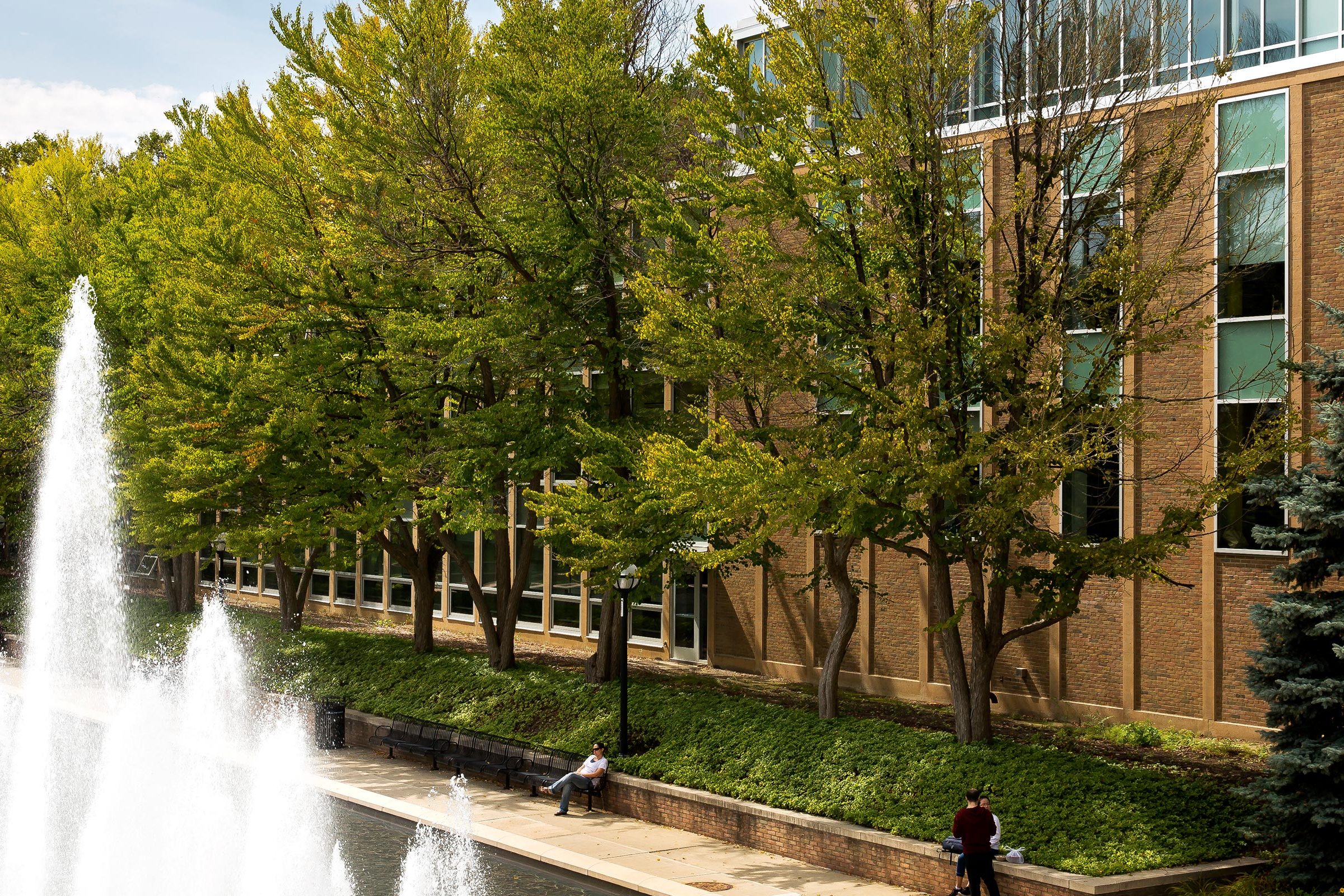 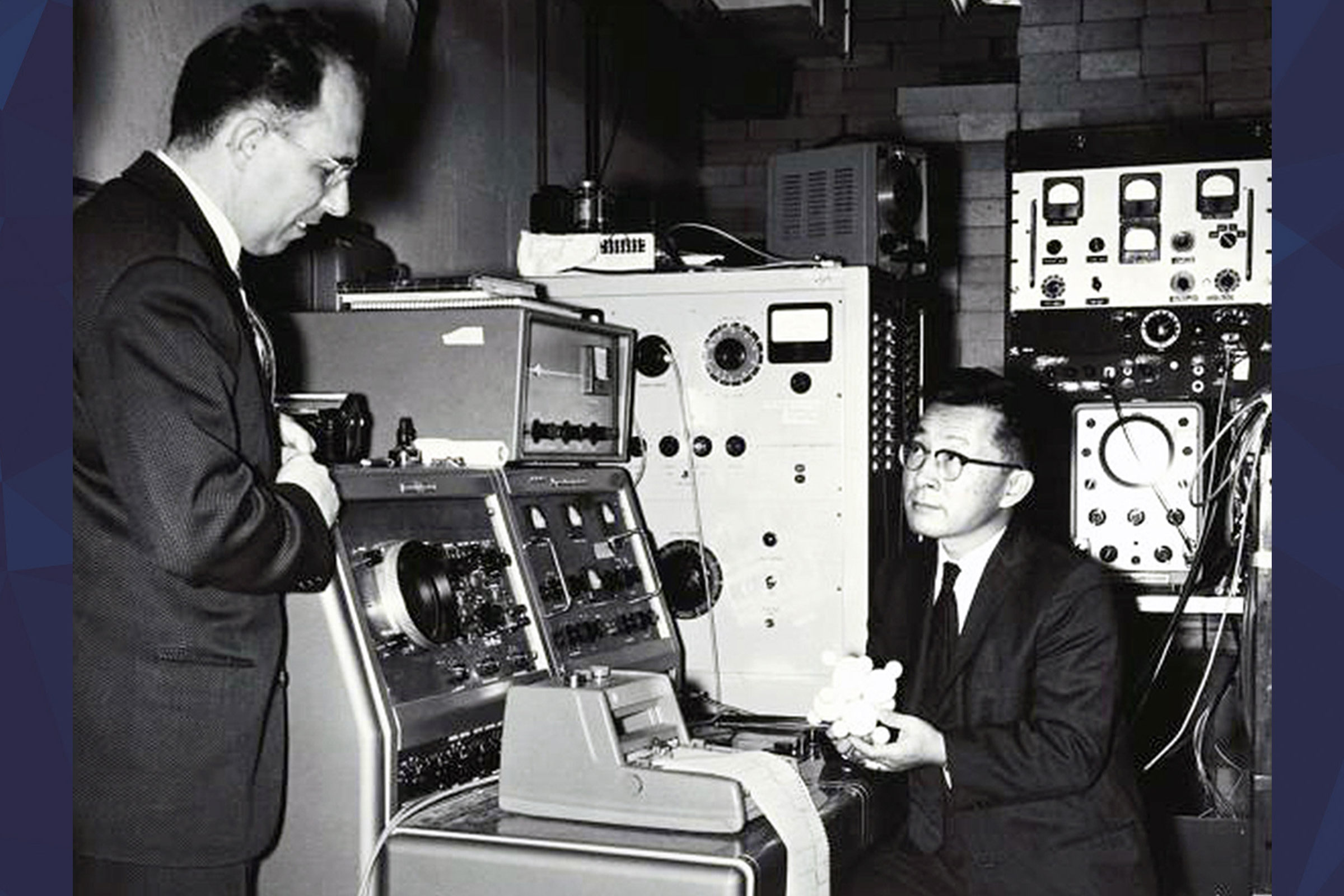 Chihiro Kikuchi: From here to the laser