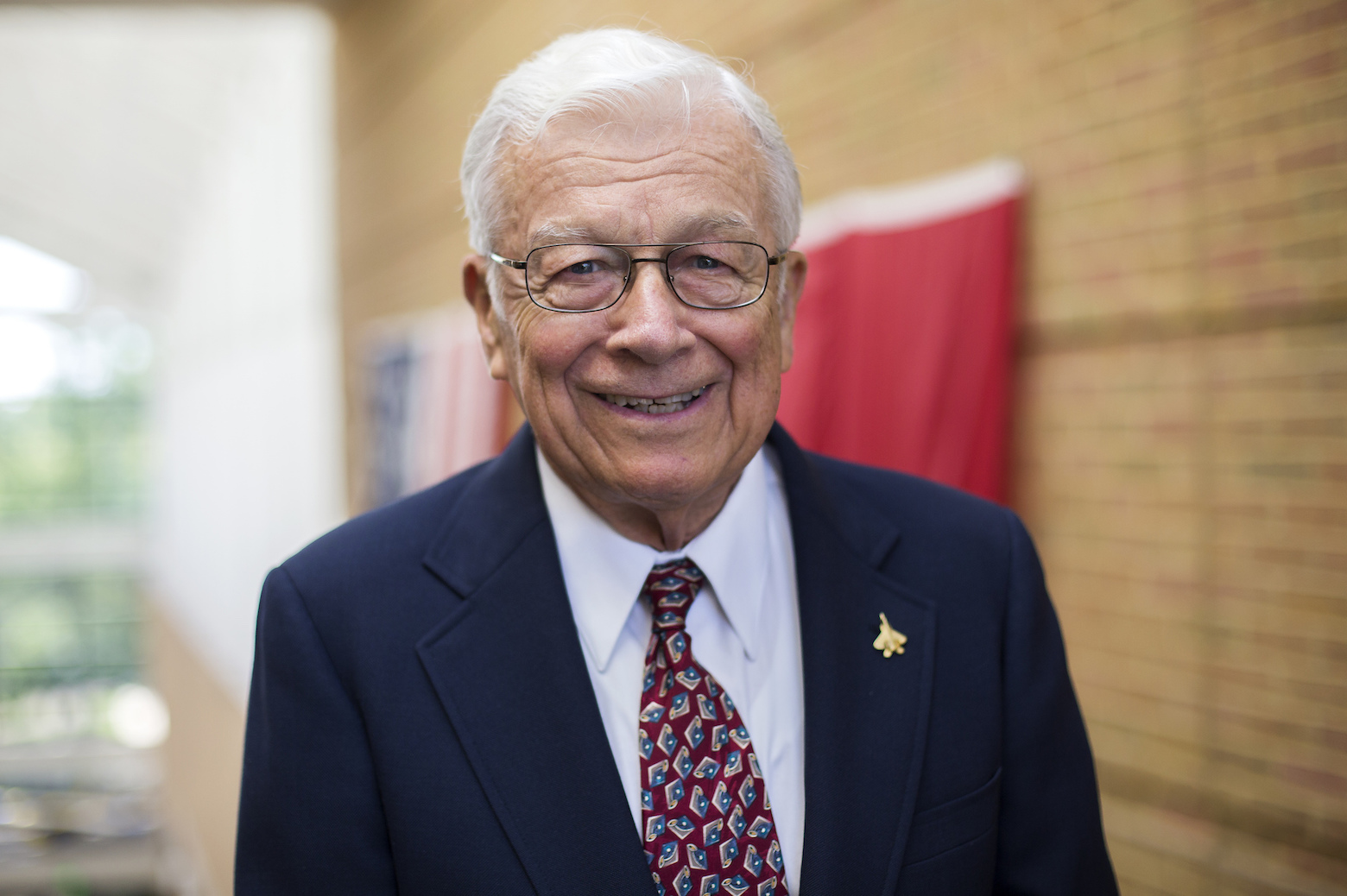 With great sadness, we announce the passing of an extremely influential figure in our department’s history, AE Emeritus Professor Thomas C. Adamson, Jr.

Dr. Adamson, who served as department chair from 1983-1991, has left a lasting legacy in our research community. Tom joined the University of Michigan over 60 years ago as an Associate Research Engineer in 1954. Harboring rare technical aptitude and a lifelong passion for aviation, Dr. Adamson rose to full professor by 1961.  Professor Adamson’s broad professional interests included fundamental aspects of high-speed aerodynamics, aircraft propulsion, and combustion, and he is well known for his work on detonation waves, transonic flows, and supersonic jets. He published widely and gave numerous presentations at other universities and at professional meetings. His many doctoral students have achieved distinguished careers in universities and research laboratories.

Beyond his research, Dr. Adamson was a highly effective and beloved educator. He greatly enjoyed exposing students to complex topics in propulsion, gas dynamics, and thermodynamics; in total, he advised and mentored over 70 graduate students to their Ph.D. and beyond. One of the aerospace engineering department’s most popular teachers, Professor Adamson received the University’s Distinguished Faculty Achievement Award in 1980. His achievements in research and education were further honored by his election as a fellow of the American Institute for Aeronautics and Astronautics.

As chair of the Department of Aerospace Engineering from 1983-91, Professor Adamson was instrumental in attracting several highly talented faculty members to the department. He also played a pivotal role in planning and fundraising for the Francois-Xavier Bagnoud Building. Throughout his career, Professor Adamson provided exceptional educational leadership and has always been willing to share his time and effort on behalf of faculty, colleagues, and students.

For those who would like to pay their respects, funeral details can be found below:

The Adamson family requests that any donations please be given to one of Tom’s recent projects, the “Breakfast Program” at Saint Andrew’s Church, per the following link.