by Gabe Cherry
Michigan Engineering
October 31, 2016
A new transportation system could come to the University of Michigan's North Campus as soon as the summer of 2017, getting riders to their destinations in half the time of the existing bus system at a lower cost.| Short Read
Enlarge 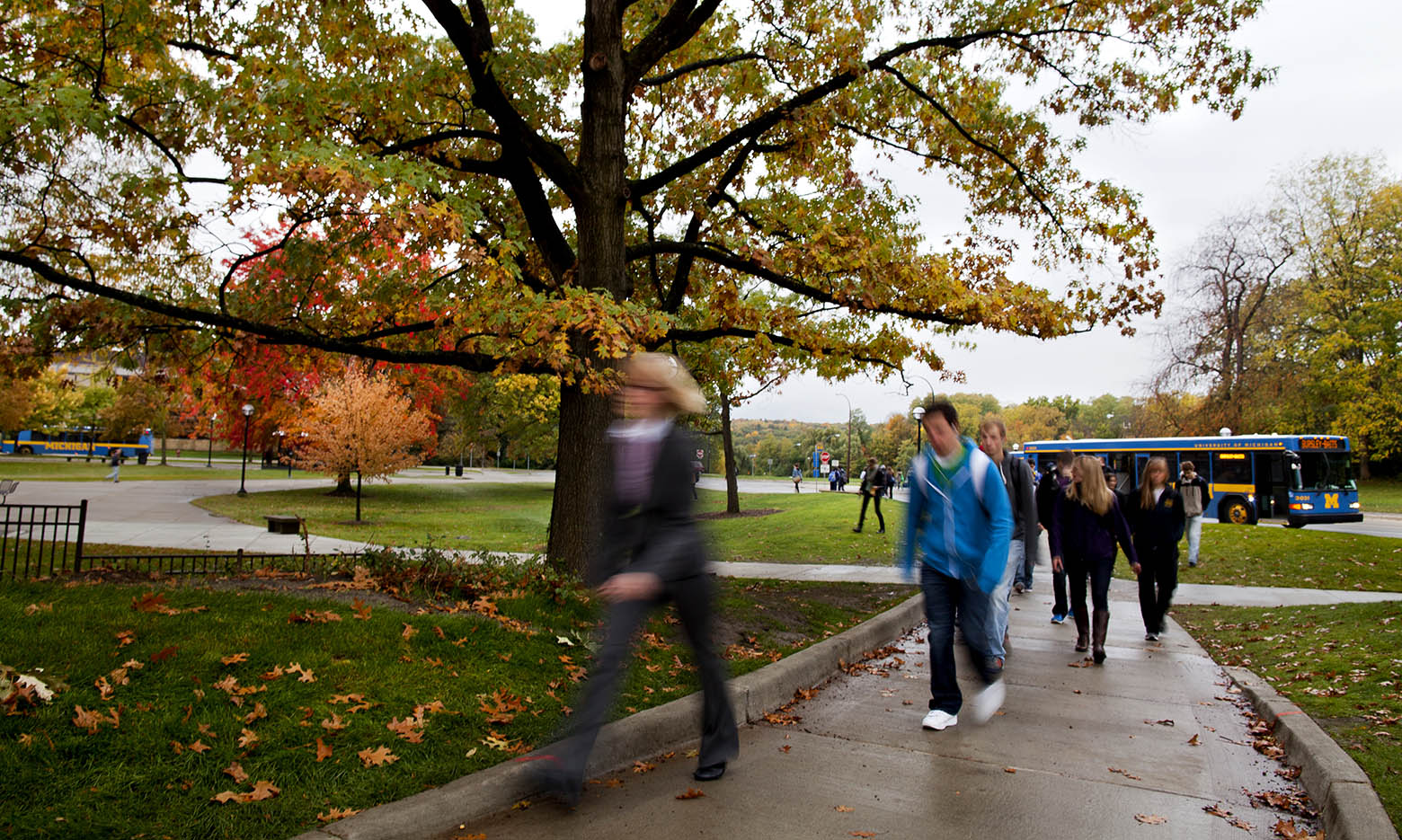 IMAGE:  Students get off the bus at Pierpont Commons on U-M’s North Campus. Under the proposed new system, high-traffic areas like this one would see more frequent buses, while less-used areas would be served by on-demand shared vehicles. Credit: Joseph Xu, Michigan Engineering

Passengers could be trying out a new urban mobility system on the University of Michigan’s North Campus as soon as the summer of 2017. Its creators say it could deliver riders to their destinations in as little as half the time of the existing bus system at a lower cost, eventually using a fleet of autonomous shared vehicles. The limited test deployment would likely mark the world’s first on-the-ground implementation of such a system.

Called Reinventing Public Urban Transportation and Mobility (RITMO), the proposed system mashes up aspects of Uber-style ride sharing, fixed-route buses and light rail into a single system called “hub-and-shuttle.” It would combine high-frequency buses serving the busiest transportation hubs with a fleet of around 50 on-demand shared shuttles to get riders to and from those hubs.

Passengers would hail rides using a smartphone app that would calculate the most efficient journey for a given destination—it could be a direct shuttle ride from A to B, a shuttle followed by a bus trip or any similar combination. The app would track the progress of each passenger and each vehicle, feeding data to a back-end system that would be optimized in real time to minimize congestion and maximize efficiency. 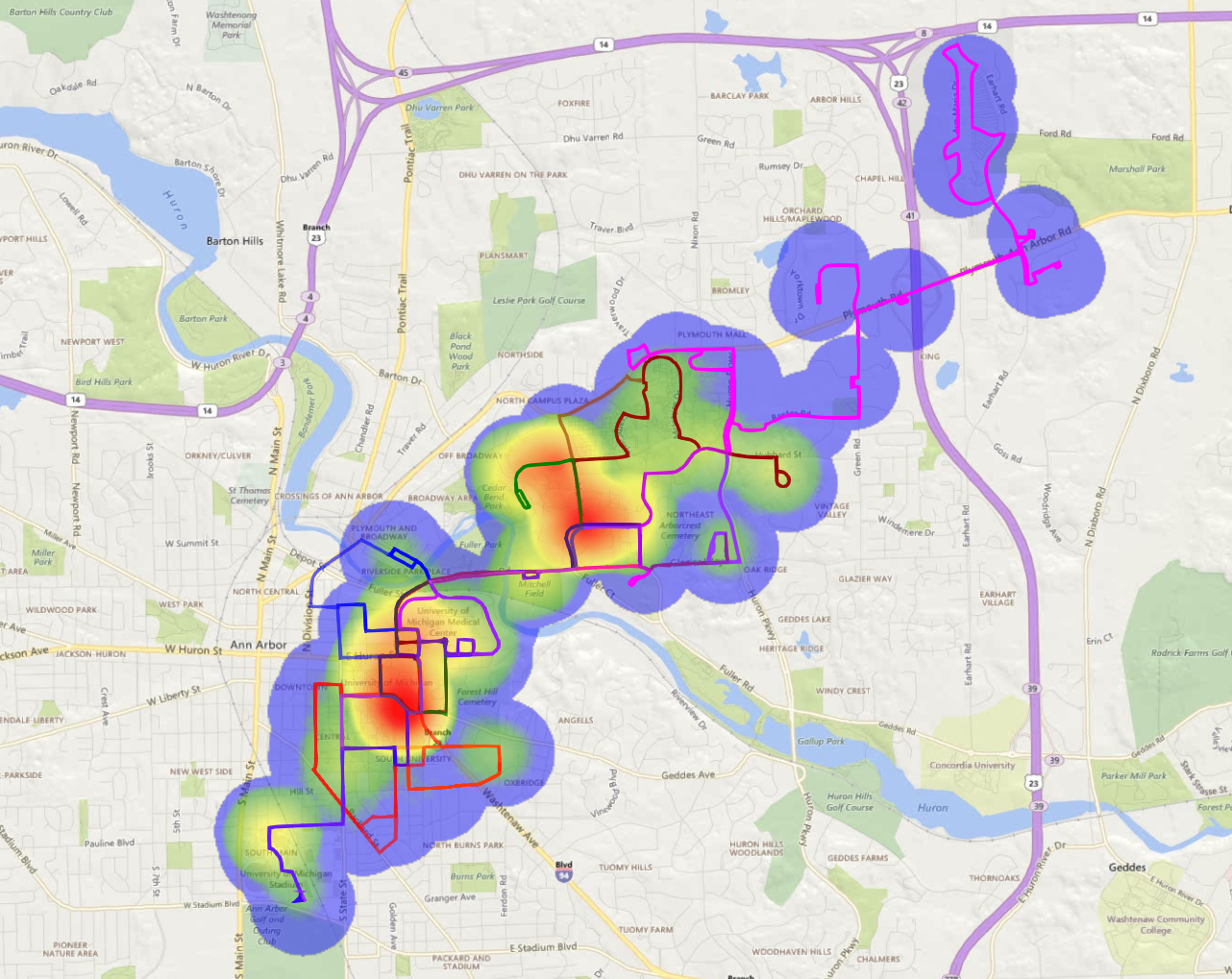 IMAGE:  This heatmap shows usage of the current U-M bus system throughout the day. It shows that most usage is concentrated in a few high-traffic areas, while other areas show far less usage. Credit: Courtesy of Pascal Van Hentenryck

The on-demand vehicles would have human drivers at first, but the designers hope they would eventually be replaced with autonomous vehicles, lowering costs further, says Pascal Van Hentenryck, the Seth Bonder Collegiate Professor of Industrial and Operations Engineering at U-M and the lead researcher on RITMO.

Development of the system is funded with a $1.4 million grant from the Michigan Institute for Data Science. If the test deployment is successful, the team plans to expand the system across U-M’s campus within a year, to all of Ann Arbor within three years and eventually to the Detroit area as well.

“It’s similar in some ways to the ride sharing that’s available now, but much more sophisticated,” Van Hentenryck said. “Obviously you can’t have everyone using something like Uber because that would cause massive congestion. But on-demand hub-and-shuttle can provide some of the convenience of point-to-point travel along with the efficiency of a high-frequency transit system.”

The proposed system was inspired by a 2015 study that examined the viability of a similar approach in Canberra, Australia. Led by Van Hentenryck, that project showed that a hub-and-shuttle system would likely cost the same or less than a traditional bus system because fewer fixed-route buses would be required.

“A bus costs many times more than a car, so high-capacity buses often aren’t the most efficient way to serve areas where demand is low,” he said. “Serving those areas with small, on-demand vehicles would be much more efficient and more convenient for riders.”

Van Hentenryck says that if the new system is successful, it could gradually replace U-M’s existing fixed-route bus system. The core U-M system would remain free to users, though he believes that eventually, riders will be able to choose from several different transportation options for a given journey—some free, some not.

“The app could display several different choices with a range of costs, depending, for instance, on the type of vehicle and the speed of the journey,” he said. “It’s a way to offer riders more options, and also to avoid overloading the on-demand component.”

This heatmap shows usage of the current U-M bus system throughout the day. It shows that most usage is concentrated in a few high-traffic areas, while other areas show far less usage.

The key to making it all work, Van Hentenryck says, is data. The team has already begun collecting that data, asking students and staff to volunteer anonymous GPS tracking information through the existing U-M smartphone app. The detailed data will enable them to apply data mining, machine learning and mathematical optimization techniques to tease out patterns and make predictions about how people move around U-M’s campus. They’re also using existing data from the U-M and Ann Arbor public transportation systems, as well as demographic and mobility data.

“From a data science standpoint, it’s a fascinating optimization problem,” Van Hentenryck said. “What are the mobility patterns in Ann Arbor? How do you define the size of the fleets, where do you put the high-frequency buses and how many? Those are the kinds of questions we’re answering with the data we collect in this initial part of the study.”

The team, which also includes the U-M School of Information and Information Technology Services, hopes to have an initial version up and running by early 2017.

“We’re working to build a deep understanding of how people use transportation solutions,” said Ceren Budak, an assistant professor in the U-M School of Information. “That will help us build transportation planning tools that will be a permanent part of users’ mobile lives.”

Other U-M departments involved in the project include the U-M Transportation Research Institute, the Department of Emergency Medicine, the Taubman College of Architecture and Urban Planning, the Department of Electrical Engineering and Computer Science, U-M Parking and Transportation Services and Advanced Research Computing Technology services. The 2015 study upon which the project is based is titled “Benders decomposition for the design of a hub and shuttle public transit system.” 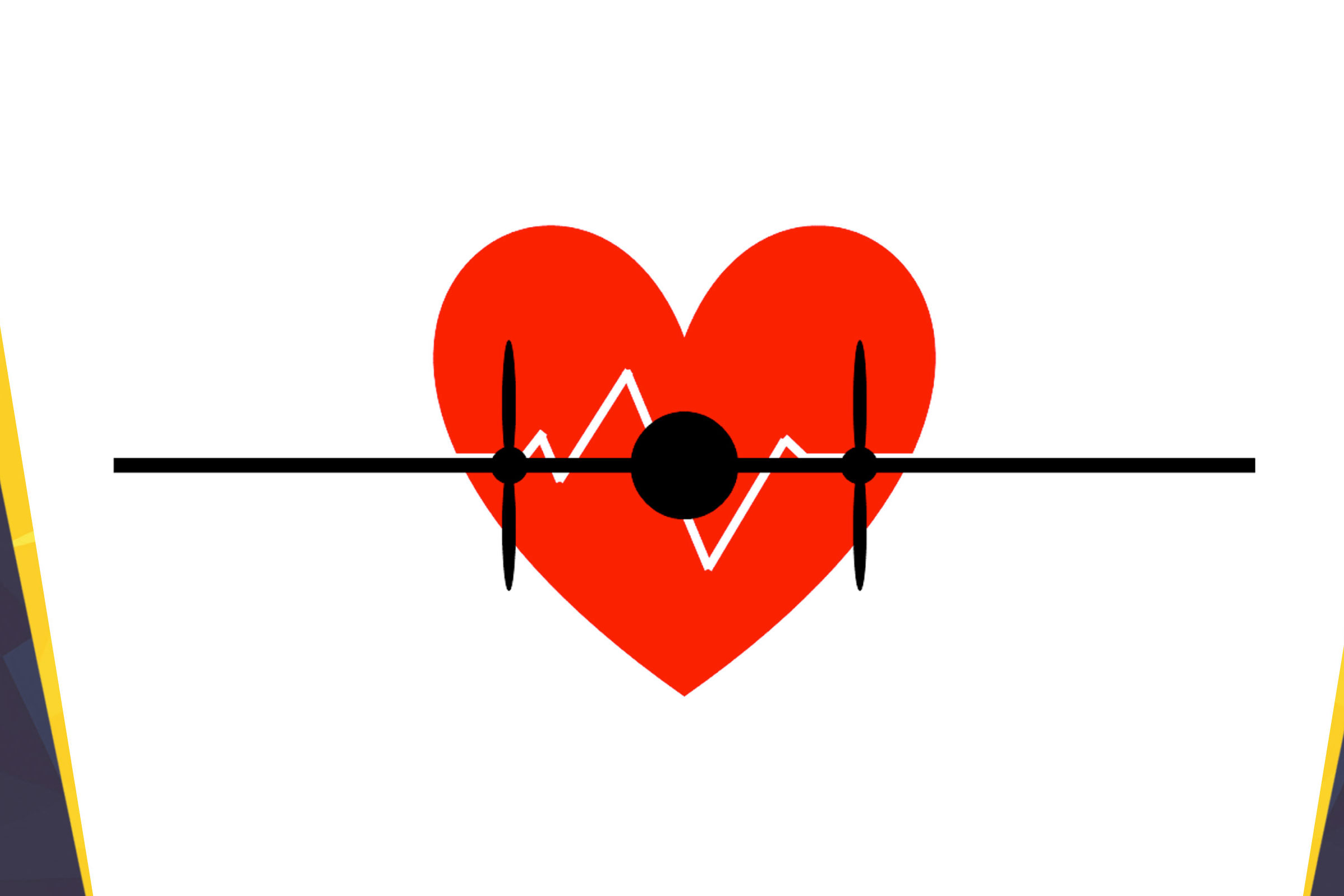 Under the direction of Department Chair Dr. Tony Waas, a group of Michigan Aerospace undergraduates are developing a prototype vertical take-off and landing aircraft to transport medical supplies to remote communities in Ghana. | Short Read
Researchers