by Randy Milgrom
Michigan Engineering
October 15, 2016
The lone, research-oriented structure soon would be joined by others.| Medium Read

The Mortimer E. Cooley Building, dedicated on October 24, 1953, was the first structure to be built on the property now commonly known as North Campus.

The University of Michigan’s quest for more space for its Ann Arbor campus first took root in the late 1940s, due in large part to the government’s increasing willingness to sponsor research conducted at the University’s Engineering Research Institute. But with property on the outskirts so much cheaper (and abundant) than within the campus confines, the University soon embarked on a plan of “conscious decentralization.” 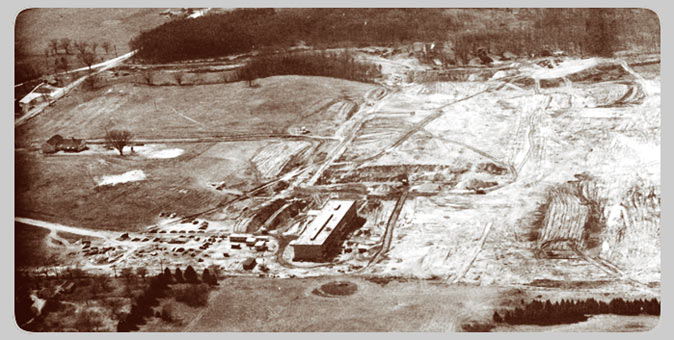 Within one year’s time, the University had purchased an 88 acre parcel northwest of the Huron River and east of what was then the 100 acre Municipal Golf Course, which bordered Fuller Road – and this was quickly followed by two more adjoining purchases of 71 and 57 acres. Engineering Professor G.G. Brown pushed for moving certain instructional and research laboratories off campus, and construction soon began with $750,000 in funding from the Engineering Research Institute. 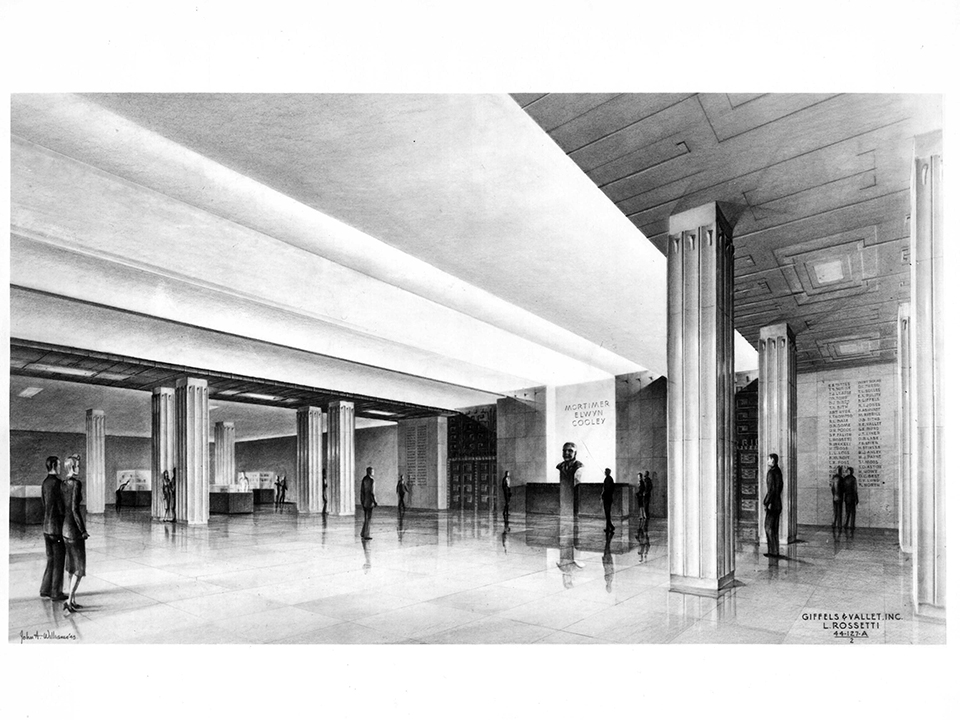 With an exploding demand for student enrollment and a growing set of research opportunities – both sponsored and unsponsored–University regents authorized Vice President W.K. Pierpont to hire renown architectural firm Eero Saarinen and Associates to develop a long range plan to ensure that teaching and research functions remain closely integrated.

Though it would be another 40 years or more before Saarinen’s plan would approach full realization, the first few steps proceeded apace. The Mortimer E. Cooley Building – named in honor of Michigan Engineering’s longest-serving dean Mortimer Elwyn Cooley (1904 through 1928), who played a major role in establishing the Engineering Research Institute – was completed in time for Michigan Engineering’s centennial celebration. And within just two more years several neighboring buildings also were up and operating, including the Phoenix Memorial Laboratory and the Walter E. Lay Automotive Engineering Laboratory.