Betting at the Horseshoe: the engineer comes through

by Randy Milgrom
October 11, 2016
In October 1922, the first matchup between the Michigan and Ohio State football teams was at the stadium now known as the Horseshoe.| Short Read

According to legend, a bet was placed on the October 21, 1922, “Dedication Game” at Ohio Stadium – the first matchup between the Michigan and Ohio State football teams at the stadium now known as the Horseshoe.

The Wolverines pounded the Buckeyes and won that game, 19-0, largely due to the play of tight end, defensive end, kicker – and engineering student – Paul Goebel. Though he was playing with a crude steel hinge of a brace he’d employed since “throwing out his knee” the year before, Goebel still kicked a long field goal, recovered a fumble, blocked a punt and generally wreaked havoc on defense all game long. 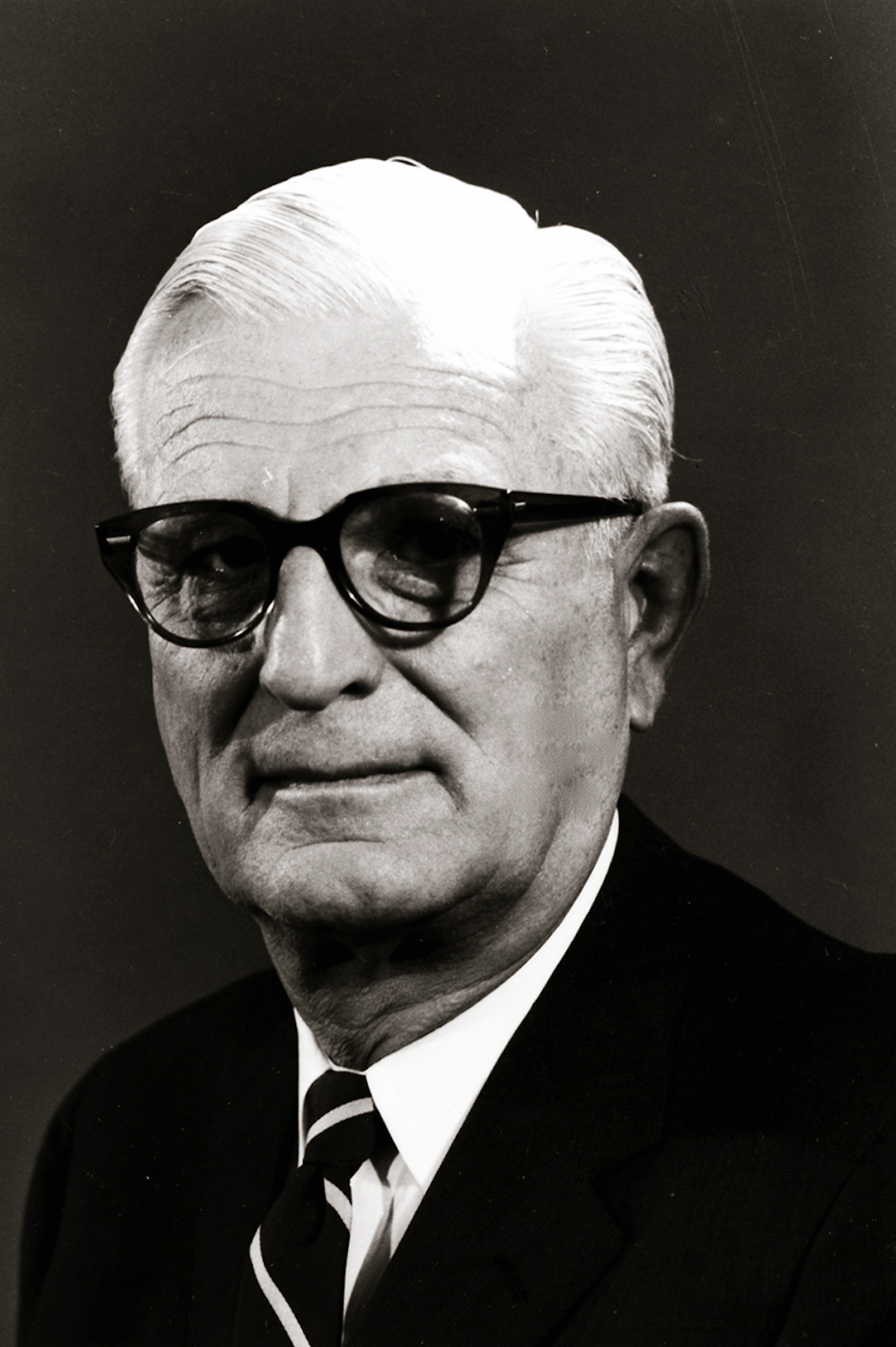 Maize and blue are not popular colors at OSU – so why, if you look closely, will you find that the upper rotunda at The Horseshoe features maize flowers against a blue background? Some say the Dedication Game loss – and Ohio State’s lost bet – required that the Buckeyes endure this indignity as payment for Goebel’s dominance.

Paul Goebel – the first Michigan All-American receiver to wear the coveted No. 1 jersey, an honor that continues to this day – would later distinguish himself in a variety of fields. He would become an All-Pro in the National Football League, a Big Ten conference football official for 16 years, and a Navy Lieutenant during WWII.

Following the war Goebel settled in Grand Rapids, where he served as mayor during the 1950s and as a University of Michigan regent from 1962 to 1970. During his time as a regent, Michigan Engineering received several gifts to honor Goebel’s service to the University and to establish an endowed chair for the Paul G. Goebel Professor of Engineering.

Editor’s note: Folks at OSU say this is a “myth” – that color specifications were established well before the stadium was even built. But that’s what they say. I mean, why in the world would they have specified maize and blue?