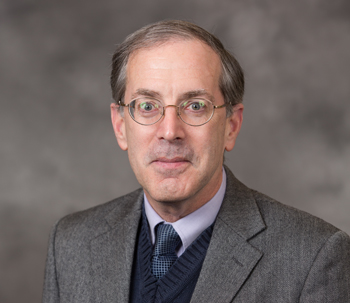 The Plasma Chemistry Award is the highest recognition awarded by the IPCS and recognizes a lifetime of achievements in the field of the Plasma Chemistry. Prof. Kushner will be presented with the award at a special ceremony at the 23rd International Symposium on Plasma Chemistry (ISPC 23), held July 30-August 4, in Montréal, Canada, where he will also present a lecture.

According to the IPCS:

Professor Kushner has worked on nearly all aspects of non-equilibrium plasmas. He has been strongly involved in the plasma community and has been leading many innovations in modeling. His earlier work has become a standard in the field. During the last decades, he has been continuously leading the modeling field towards new application areas in plasma chemistry. His modeling work on plasmas in bubbles, plasma-tissue interaction, plasma jets, plasma etching, surface modification and non-equilibrium chemistry for plasma based environmental remediation had significant impact on the field of plasma chemistry and strongly contributed to the advancement of the field.

His research group, CPSEG, develops computer simulations of low temperature plasmas and technologically important devices which use low temperature plasmas. Many of the computer models and CAD tools developed by the CPSEG are available for licensing and transfer to industry. In particular the Hybrid Plasma Equipment Model (HPEM) is now in use by semiconductor equipment suppliers and chip manufacturers.

The Plasma Science Center brings together 11 academic and national laboratories to conduct  fundamental research on low-temperature plasmas. In particular, the Center is investigating techniques to customize the distributions of charged particles (electrons and ions) in these plasmas. The fundamental research that is being conducted at the Center could lead to more efficient solar cells, finer-featured microchips and new medical tools that cut and heal tissues with plasma-activated chemistry.

When Prof. Kushner came to Michigan, he established MIPSE to provide a focal point for the many faculty, staff, and student researchers whose research and educational programs are devoted to the advancement of the science and technology of plasmas. MIPSE provides a lecture series that brings international experts in the field to Michigan, supports student and faculty research, offers an annual Graduate Student Symposium, and provides consultation to companies, government agencies and foundations involved in the use of plasmas. Through Mark’s efforts, MIPSE has brought international visibility to Michigan’s broad and deep contributions to plasma science.

In addition to being elected a member of the National Academy of Engineering, Prof. Kushner has received the APS Allis Prize, Semiconductor Research Corp. Technical Excellence Award, the Tegal Thinker Award for Plasma Etch Technology, the AVS Plasma Science and Technology Award, the AVS Medard W. Welch Award, the IEEE Plasma Science and Applications Award, and the Semiconductor Industry Association University Researcher Award. He is a Fellow of the American Physical Society, IEEE, Optical Society of America, AVS, Institute of Physics, International Plasma Chemistry Society, and International Union of Pure and Applied Chemistry. He served as editor-in-chief of Plasma Sources Science and Technology from 2007-2013.