Detecting and correcting factory faults and cyberattacks in real time

by Nicole Casal Moore
Michigan Engineering
September 6, 2016
Spotting a glitch on the factory floor in real time, and reconfiguring around it, are the goals of a new $4 million project led by Michigan Engineering researchers.| Medium Read
Enlarge 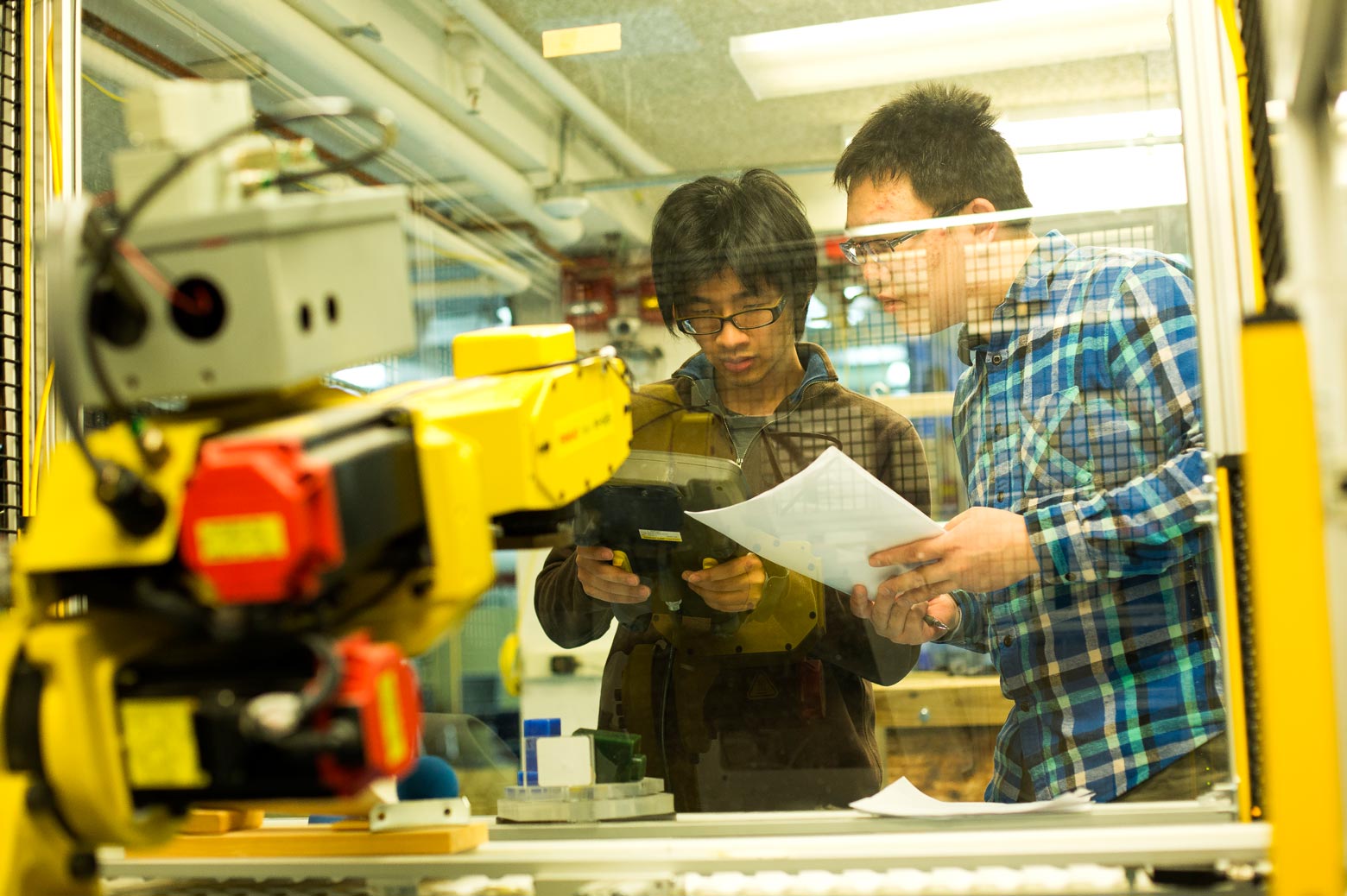 Spotting a glitch on the factory floor in real time – and reconfiguring around it – are the goals of a new $4 million project led by University of Michigan engineering researchers. The project aims to increase factory productivity and American competitiveness.

Researchers from the University of Illinois and Cornell University are also involved.

But machine failures, operators’ mistakes and, increasingly, cyberattacks can halt production – leading to expensive unscheduled downtime or potentially dangerous situations. In 2015, for example, hackers breached the control system in a steel mill in Germany and made it impossible for operators to properly shut down a blast furnace. News accounts described the damage as “massive.” (Additional details, such as whether anyone was hurt, weren’t available.)

The new project – made possible by a grant from the National Science Foundation – will yield “a revolutionary methodology for controlling manufacturing systems,” the researchers say. They call the methodology “software-defined control.” 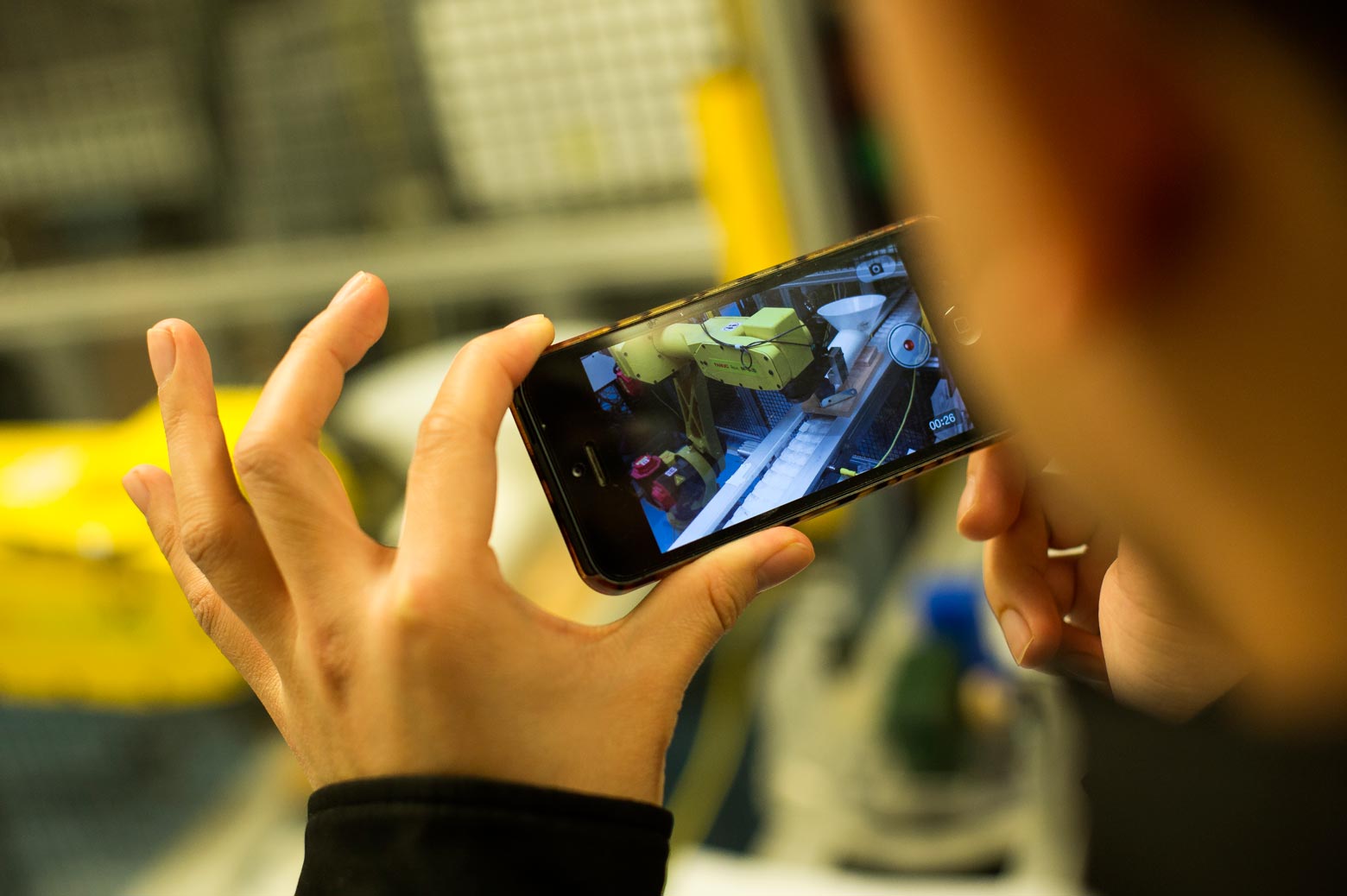 Central to the new approach is a continuous, full simulation of the manufacturing plant. The team will produce this simulation and develop software that compares a plant’s actual operation to what they’d expect based on the simulation.

“The idea is you have the physical manufacturing plant and the simulated model of the plant so if there’s a difference between the two, you can detect a fault or a cyber-intrusion,” said Dawn Tilbury, associate dean for research and professor of mechanical engineering at the U-M College of Engineering and principal investigator on the project. “The goal is to develop control systems for manufacturing systems that are secure and reconfigurable automatically.”

Such systems could reprogram how parts flow through the plant to avoid a faulty piece of equipment.

“Our work aims to develop the science and enabling technologies to transform manufacturing systems from the current paradigm of low efficiency and high susceptibility to system disruptions to a new era of system-level anomaly detection, classification, and action,” said Kira Barton, assistant professor of mechanical engineering at U-M. “This will lead to less downtime, faster responses to disruptions, and a more efficient manufacturing system.”

Indeed, the rise of automation calls for a better way to keep tabs on plant operation, Tilbury said.

“Automation may increase efficiency and raise quality, but it brings with it vulnerabilities.”

Robots are networked, and the companies that produced them can often log in remotely to make repairs. These are legitimate endeavors, but they can also be weak links in the cybersecurity of the system.

As manufacturing systems become more complex and digitally connected, they become increasingly susceptible to disruptions that can cause significant financial losses.

The U.S. Department of Homeland Security investigated 97 cyberattacks at critical manufacturers during the fiscal year ending in June 2015, according to a report by its Industrial Control Systems Cybersecurity Emergency Response Team. 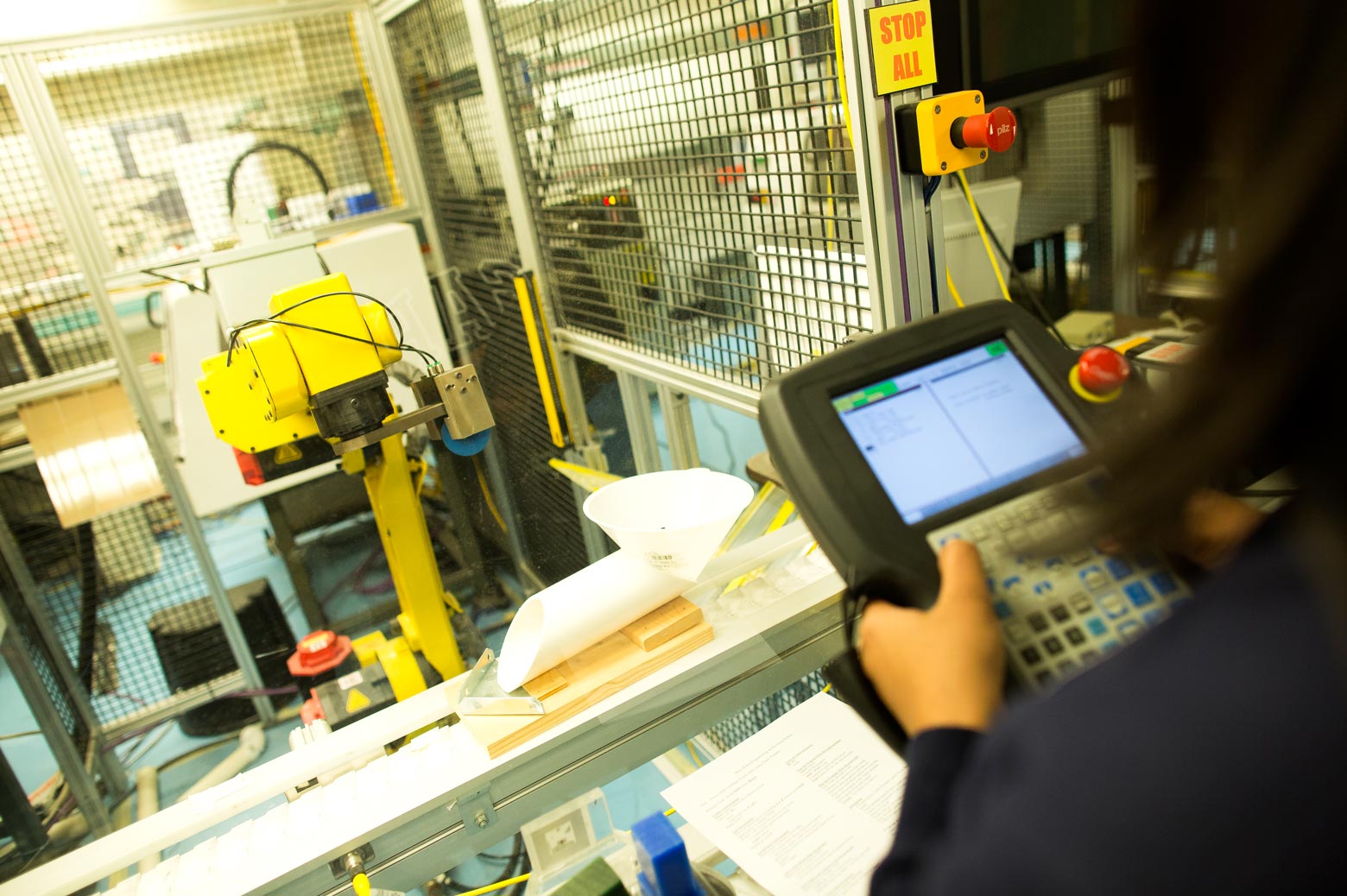 Cyberattacks to manufacturing plants are a relatively new phenomenon. The FY 2015 number that federal officials examined was double the previous year. A more clear and present risk – and this one to the nation’s economy – is that of unscheduled factory downtime. It’s one of the most prevalent causes of inefficiency in manufacturing, the researchers say. When a cyberattack or a broken machine stops a factory in its tracks, the cost can run tens of thousands of dollars a minute.

“Manufacturing systems produce the vast majority of products in the modern world – automobiles, computers, textiles and toys, to name just a few. Improvements in the design and operation of manufacturing systems will have a huge financial and social impact on companies and consumers, and that’s crucial to economic competitiveness,” said Sibin Mohan, research assistant professor in the Department of Computer Science at the University of Illinois at Urbana-Champaign.

While the project focuses on discrete part manufacturing, the researchers say it translates well to semiconductor manufacturing and batch processes.

“The work will combine techniques from multiple disciplines, spanning control theory, modeling of physical properties, machine learning, and cybersecurity, to detect and deter such attacks. The collaboration will be exciting as well as challenging,” said Elaine Shi, an associate professor at Cornell University.

This grant is one of several announced today through NSF’s Frontier program.

Added Jim Kurose, head of computer & information science & engineering at NSF, “NSF has been a leader in supporting research in cyber-physical systems, which has enabled and accelerated multidisciplinary research in a number of application domains. We look forward to the results of this new award, which expands our Frontier projects portfolio into the area of cyber-manufacturing.”

Beyond Tilbury and Barton, other researchers at U-M who are involved are James Moyne, an associate research scientist in mechanical engineering, and Morley Mao, an associate professor of computer science and engineering. 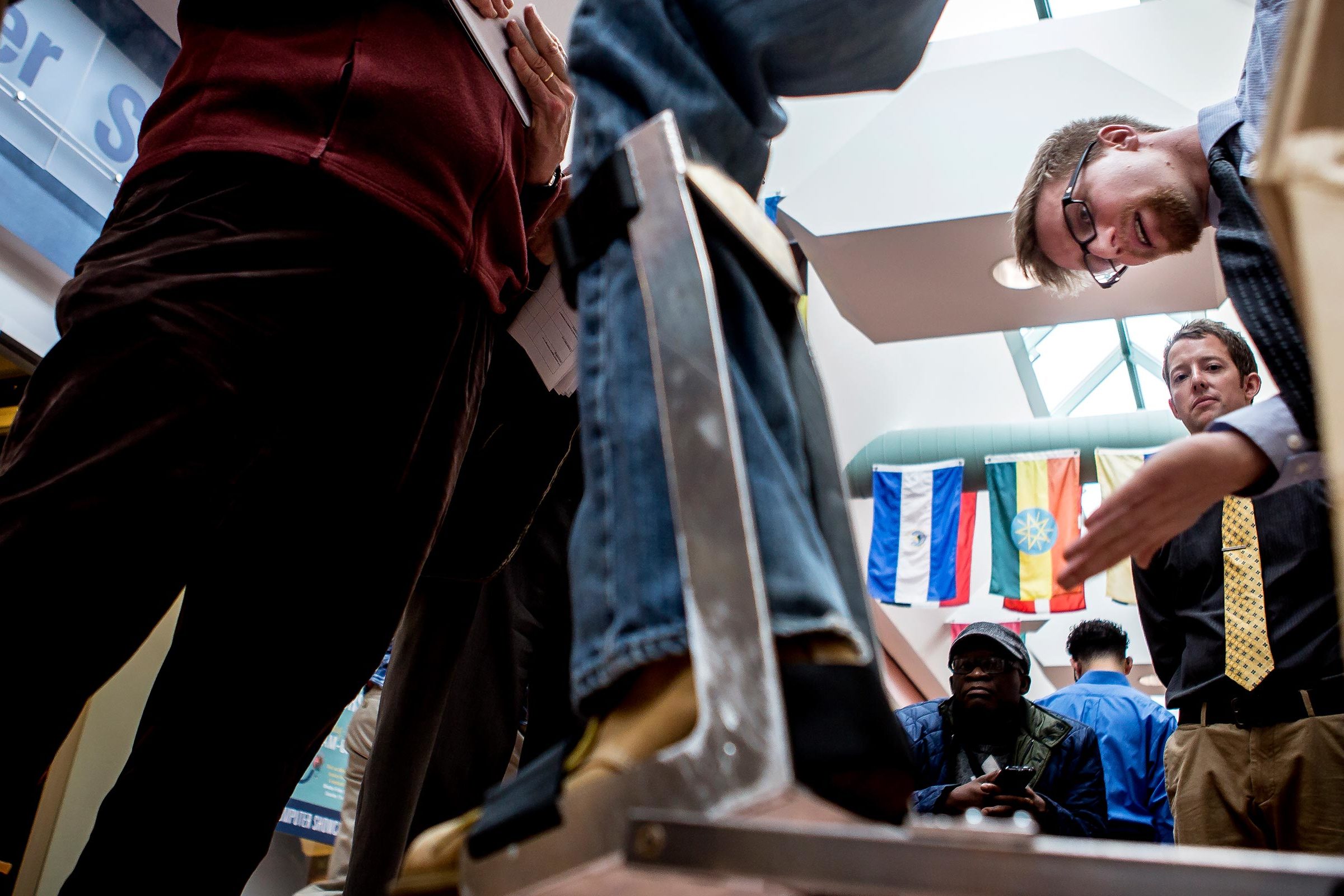 A showcase of student innovation

The most ambitious and intense class projects of students’ undergraduate careers are showcased each semester at Design Expo. More than 100 teams display the prototypes they’ve spent months designing and refining. | Short Read
Researchers
In the News
CNNNov 17, 2016
Regulate cybersecurity or expect a disaster, experts warn Congress