EECS: Electrical and Computer Engineering
August 31, 2016
During his 30-year career, Prof. Singh enlightened students into the physics and mysteries of electrical engineering, and sharing his belief that technology can enhance healthy and peaceful living| Medium Read
Enlarge 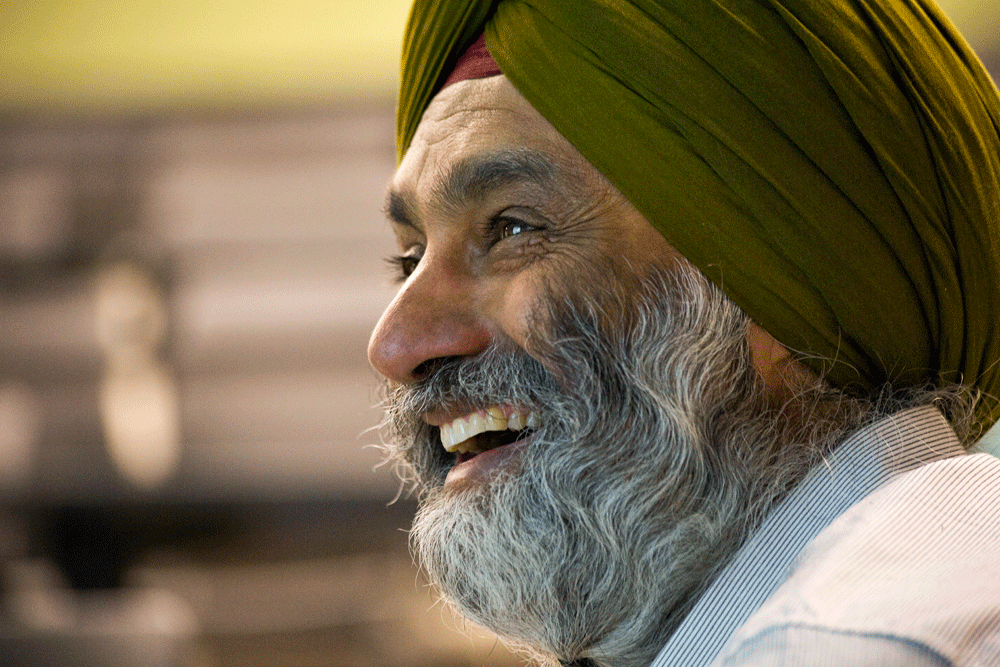 Prof. Jasprit Singh has retired after 30 years at the University of Michigan to embark on his second career as president and co-founder of Gurmentor, Inc., a software application company. During his time at Michigan, he experienced the thrill of scientific discovery, enlightening students into the physics and mysteries of electrical engineering, and sharing his belief that technology can enhance healthy and peaceful living.

Professor Singh’s research focused on theoretical studies of semiconductor structures for intelligent devices. His group has developed simulators to understand electronic and optoelectronic properties of devices such as high speed transistors, lasers, modulators and LEDs.
In 1988, Prof. Singh, in collaboration with Professor Pallab Bhattacharya, accomplished the first self-organized growth of InGaAs quantum dots. It was one of those types of discoveries so far ahead of its time, it took years for the research community to jump on board. The following years of investigation into these structures, with an expanded group that included Professors Ted Norris and Rachel Goldman, had a tremendous impact on the entire field of nanophotonics.

In his later research, he focused on semiconductor devices for high-powered RADAR, electric vehicles, smart grids and solid-state lighting.

In addition to his work on science and technology, Prof. Singh maintained a deep interest in the use of yoga and mindfulness to enhance personal and social well-being. He has taught courses on Mindful Wellness integrating yoga and modern technology, and developed the course, Imagine, Innovate, Act! in which students from engineering, art, music, health fields and a variety of other backgrounds designed mobile apps to help users set and meet wellness milestones. The definition of “wellness” was broad, encompassing creativity and learning in addition to physical and mental health. The class was taught with former doctoral student Dr. John Hinckley (BS Physics 1983; BSE MSE PhD EE ‘85’86’90), who also a co-founder of Gurmentor. 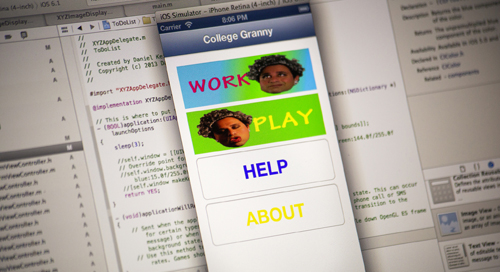 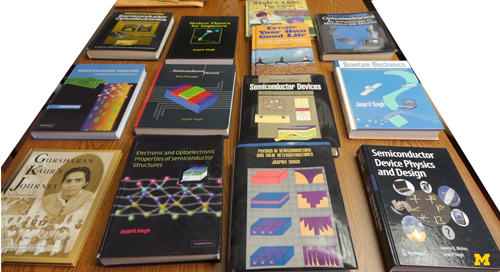 IMAGE:  Jasprit Singh wrote more than 13 books. Though primarily technical subject matter, they also touched on personal well being and he even wrote a book for children

Prof. Singh’s passion for education was perhaps most clearly expressed in the 10 books he wrote for students and professionals, including Semiconductor Device Physics and Design, Smart Electronic Materials, and Electronic and Optoelectronic Properties of Semiconductor Structures.  Another three included a children’s book and books on family history and how to create a good life.

Asked if he would like to share some words about his career as a faculty member, Prof. Singh said:

My 30 years at Michigan were most delightful. the University, the city of Ann Arbor, and its public schools not only nourished me but also allowed me to raise two wonderful sons, one who now has a Ph.D. in chemical engineering and one who is at UC Santa Barbara in the computer science program. The U-M cancer center also provided my wife Teresa the most amazing treatment when she needed it 20 years ago and she is now totally healthy. My company Gurmentor, Inc. formed with one of my outstanding students, Dr. John Hinckley, is now providing me an exciting experience. We are building technology with the primary function of “lowering the threshold to creating new habits and pleasure sources.” I have always wanted to bring the word “pleasure” into the field of engineering and now I can.

As Professor Emeritus, Jasprit Singh is continuing his pursuit of The Good Life, and as always, sharing what he’s learned with the world.