EECS: Electrical and Computer Engineering
July 13, 2016
Prof. Lafortune has been a leading researcher in the field of discrete event systems (DES) for the last 25 years. His fundamental work covers the gamut from modeling, analysis, diagnosis, control, and optimization.| Short Read
Enlarge 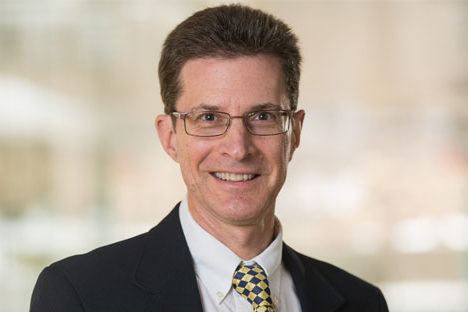 Stéphane Lafortune has been named Fellow of the International Federation of Automatic Control (IFAC), “For contributions to control and diagnosis of discrete event systems.”

Founded in Paris in 1957, IFAC is a worldwide organization tasked with promoting the science and technology of automatic control in all systems, including engineering, physical, biological, social or economic, in both theory and application. IFAC is also concerned with the impact of control technology on society.

Prof. Lafortune has been a leading researcher in the field of discrete event systems (DES) for the last 25 years. His fundamental work covers the gamut from modeling, analysis, diagnosis, control, and optimization. He is also working on applications of DES in transportation, computer and communication systems, and in software systems. He has led the development of software tools, UMDES and DESUMA, that are used worldwide.

Discrete event systems are an important class of cyber-physical systems, where the system’s behavior is driven by events over time. In this area of research, he and his group recently solved a supervisory control problem that had remained open for 25 years. He is currently a principal investigator on the $10M NSF program, ExCAPE (Expeditions in Computer Augmented Program Engineering), and is a co-leader of their Knowledge Transfer activities.

Prof. Lafortune is actively involved in service to the control community and is Editor-in-Chief of the Journal of Discrete Event Dynamic Systems: Theory and Applications (J-DEDS). He also co-authored the textbook Introduction to Discrete Event Systems, now in its second edition. He has received the George S. Axelby Outstanding Paper Award twice, which is awarded to outstanding papers published in the IEEE Transactions on Automatic Control, and is a Fellow of IEEE.