EECS: Electrical and Computer Engineering
July 25, 2016
The University hosted the 2016 Robotics: Science and Systems Conference, which allowed attendees to hear about the latest in robotics through talks, presentations, workshops, and tutorials. | Medium Read
Enlarge 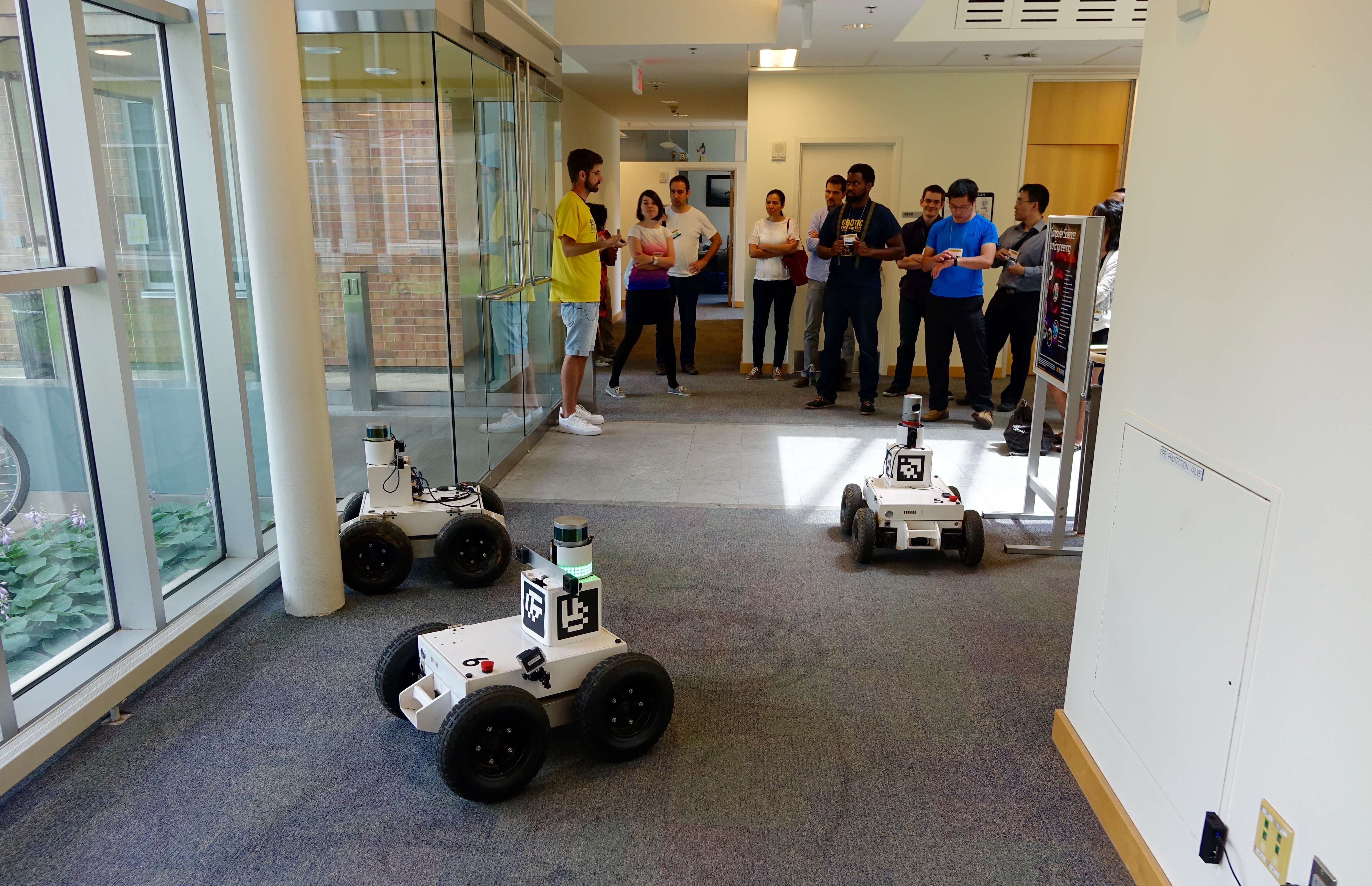 The University of Michigan was host to the 2016 Robotics: Science and Systems Conference, which took place June 18-22. The conference, which was co-chaired by Prof. Edwin Olson and Prof. Ryan Eustice, brought together researchers working on algorithmic or mathematical foundations of robotics, robotics applications, and analysis of robotic systems.

The event gave attendees the opportunity to see and hear about the best research in all areas of robotics through invited talks, oral and interactive presentations, workshops, tutorials, and robotic presentations. 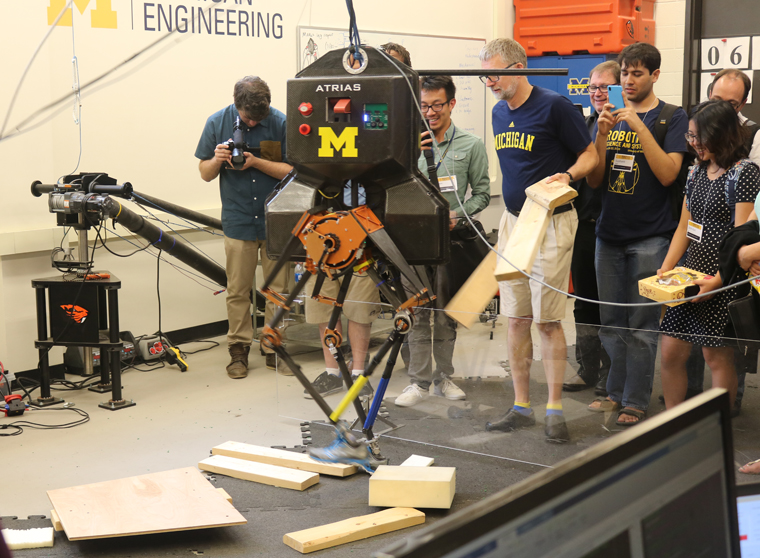 There were three lab presentations that took place at CSE. One lab presentation was from the Intelligent Robotics Lab, which is run by Prof. Ben Kuipers and includes CSE graduate student Collin Johnson and researcher Jong Jin Park. The researchers presented Vulcan, their intelligent robotic wheelchair, and gave attendees the opportunity to test it out. Vulcan learns the spatial structure of the environment it moves through and it uses that knowledge to plan and follow routes from place to place. 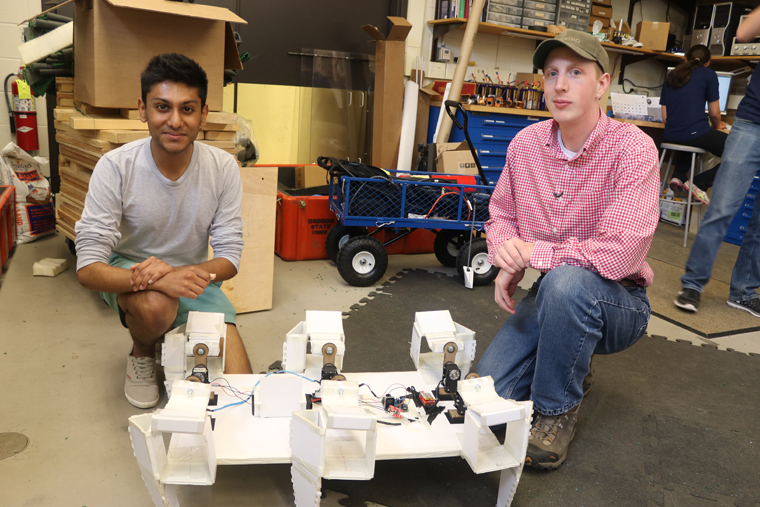 Prof. Edwin Olson and the researchers from his APRIL Robotics lab also showcased their work. The researchers presented their autonomous robots, which have sensors with a camera and LIDAR range finders and have the ability to drive over small obstacles and operate in muddy areas.

Another presentation was by Prof. Chad Jenkins’s lab called The Laboratory for Progress (perception, robotics, and ground reasoning systems). He showcased his work that aims to enable robots to effectively assist people in common human environments. The lab’s research primarily pertains to robot perception and mobile manipulation, as well as, the usability of this technology by people in real situations.

Profs. Jessy Grizzle and Shai Revzen from ECE were the next to delight attendees with their two very different approaches to robotics.

First to present, Prof. Revzen’s creations are inspired by nature and the creatures that get around in it. Two students from his Biologically Inspired Robotics and Dynamical Systems (BIRDS) Lab, PhD candidate George Council and EE undergrad Vikram Sachdeva, demonstrated a 6-legged foam and cardboard creation that crawls uncannily like an insect.

The goal of Prof. Revzen’s research is discovering, modeling, and reproducing the strategies animals use when interacting with physical objects. This, he argues, will help us to create robots that can adapt to many different environments. He also designs methods to create robots in the field, possibly leading to robots that can build other robots while deployed on a mission.

Prof. Grizzle and his group then demonstrated his (less creepy crawly) bipedal robot, MARLO. MARLO has received a lot of attention recently after her successful strolls through snow, up hills, over randomized obstacles, and even over part of the Wave Field.

Without any visual sensors, MARLO’s movement is essentially blind. Prof. Grizzle’s group works on the algorithms that drive her, hoping to generalize them enough so that the larger robotics community can put their controls to use in their own devices. This isn’t necessarily restricted to other robots, either – these algorithms may one day be useful in controlling smart prosthetics.”We’ve been pushing the robot a lot lately,” says Brent Griffin, a recently graduated member of Prof. Grizzle’s group. “We’ve been having her do things she’s never done before.”

EECS researchers are producing revolutionary work in all areas of robotics, and the Robotics: Science and Systems Conference was a great way for researchers from around the world to see this work in person.

Below are more photos from the event 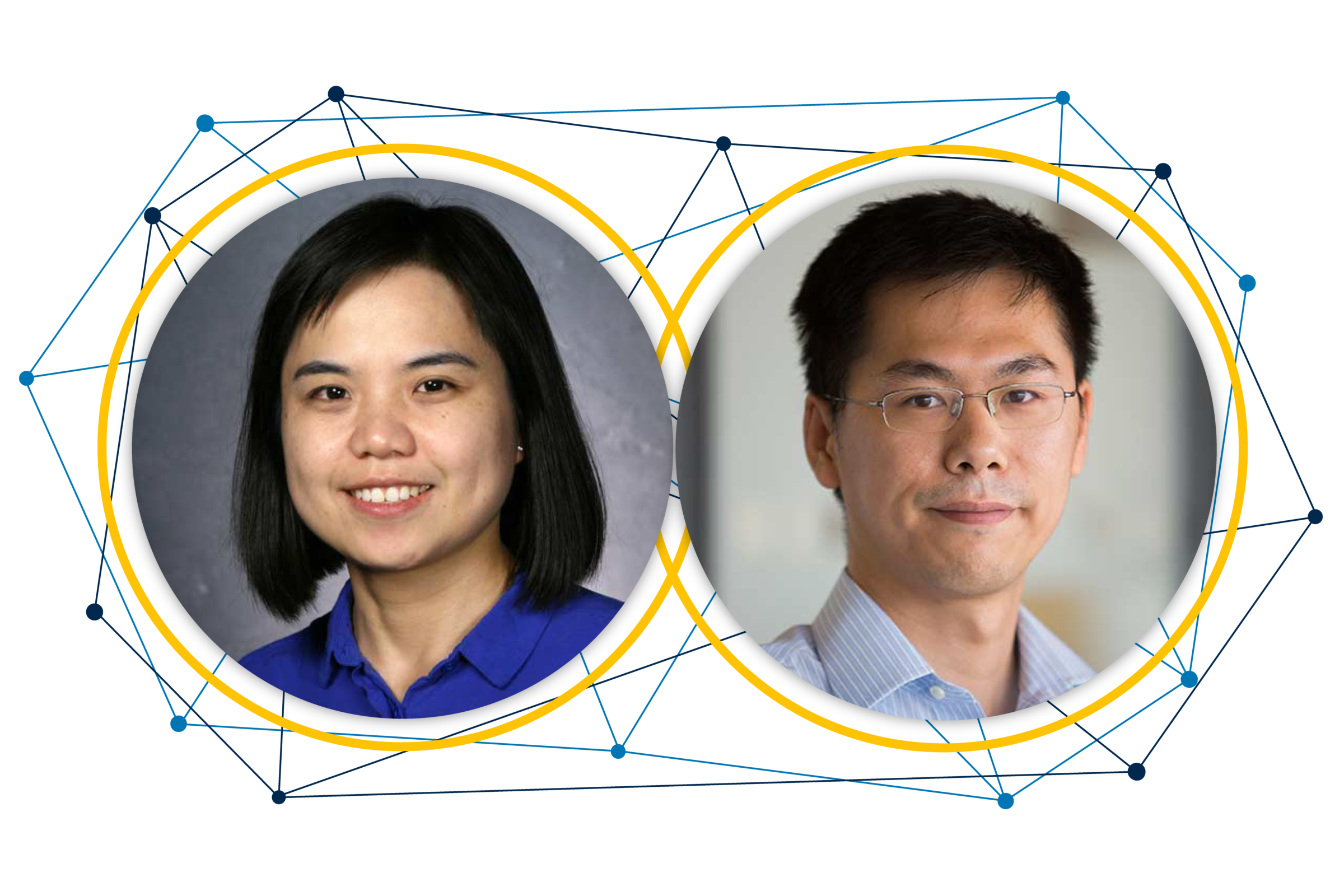