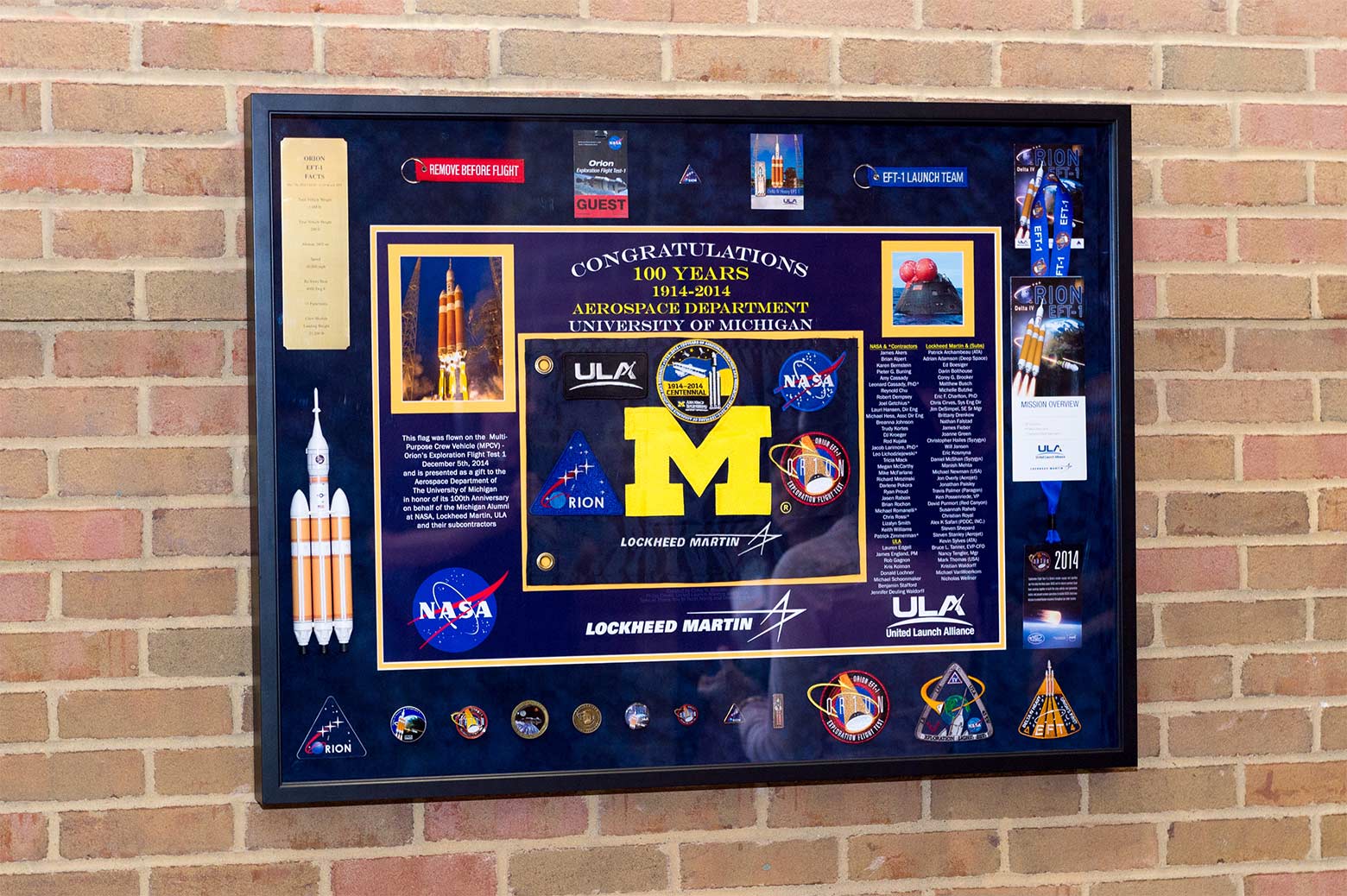 IMAGE:  The UM flag that went to space aboard Orion.

In September 2018, Lockheed will launch the next mission in the Orion test sequence, Exploration Mission 1 (EM-1). This unmanned mission, which will further test out Orion subsystems in a 3 week retrograde orbit around the moon, will not only serve as the inaugural flight of NASA’s immense Space Launch System; it will represent the first time a spaceship intended for manned spaceflight has traveled beyond low Earth orbit since the Apollo era. According to Corey:

“EM-1 will take us out past the moon farther than we’ve ever taken a human spacecraft before. We will test out similar hardware as during EFT-1, but will test some different hardware as well, [like the heat shield and service module]. For example, this will be the first test of the heat shield at full return velocity; EFT-1 was only approximately 80% of lunar return velocity.”

When asked whether we can expect another token of Michigan pride on the EM-1 flight, Corey responded with an air of practicality: “If I can, that is my intention. EFT-1 was run by Lockheed Martin, so we had a bit more say about what was going in the capsule. [On the other hand], EM-1 will be controlled by NASA. I’m going to poll some NASA folks and see if they can get something on-board.” 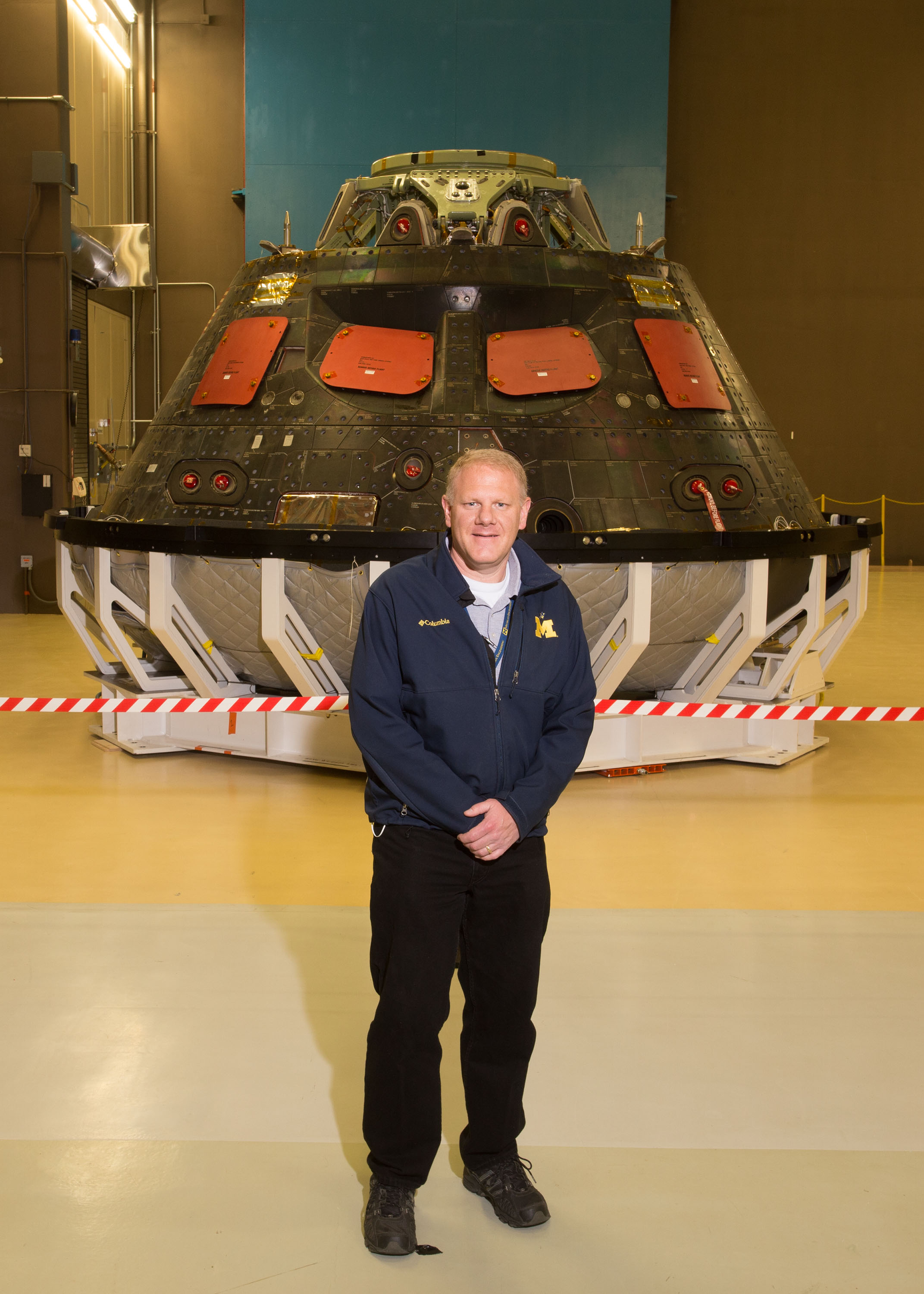 IMAGE:  Alumnus Corey Booker in front of the Orion capsule.

During the centennial celebration in 2014, the Aerospace Department was given a unique gift of celestial school spirit: a University of Michigan flag that flew aboard Lockheed Martin’s Orion Exploration Flight Test 1 (EFT-1). Today, this flag can be seen adorning the main atrium of the François Xavier Bagnoud Building.

So what became of the flag’s spacecraft lift?

On April 30, 2016, the public was given its first glimpse of the recovered Orion Crew Module during Lockheed Martin’s Orion Family and Friends Day. Corey Brooker, Orion Systems Integrator, fervent Michigan Aerospace alum and mastermind behind the UM Orion flag, helped coordinate the event.

EFT-1 was a critical success and stepping stone for the Orion program, which aims to place man on Mars by the late 2030s. As Corey notes: “Out of 87 test objectives, we met 81 and 6 were partially met.” All anticipated capsule components were recovered excluding the forward bay cover, which sank into the Pacific Ocean.