Driverless cars could be key to national security 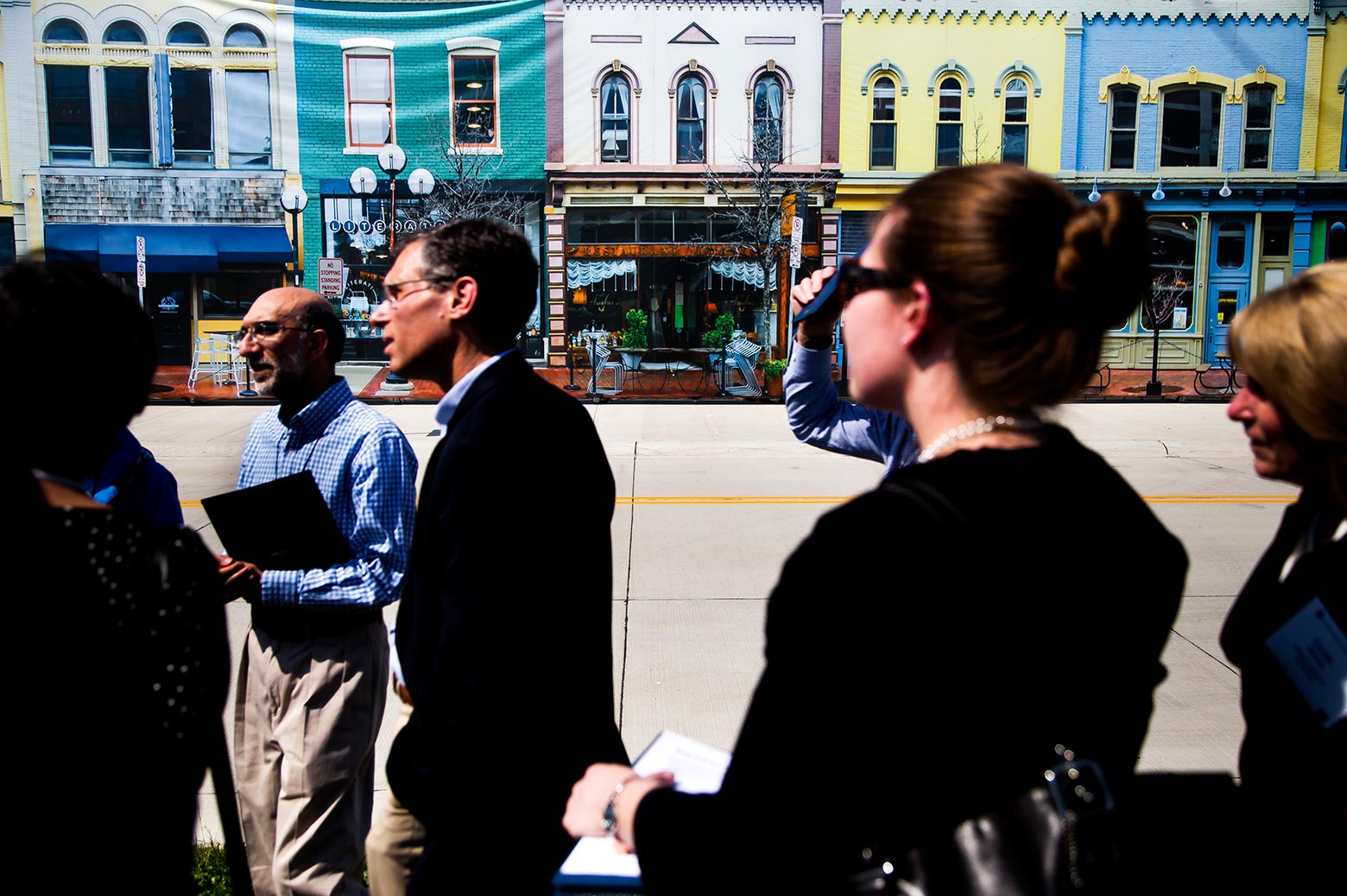 Fleets of shared, short-range, electric, autonomous vehicles could entice Americans into making more energy-efficient travel choices—and that could make the United States more secure by reducing its dependence on oil, according to the CEO of a national security advocacy group.

Robbie Diamond, founder and CEO of Securing America’s Future Energy (SAFE), made this case at the National Academy of Engineering’s regional meeting, held on the University of Michigan’s North Campus in May. SAFE views oil dependence as a key national security issue and has pushed for higher fuel economy standards and other oil-conserving measures.

Diamond suggested that accelerating adoption of shared, autonomous vehicles—even if it’s on a small scale at first—will begin a virtuous cycle that will drive down the cost of shared vehicle travel and wean more and more Americans away from using their private vehicles.

This, he explained, is because a shared vehicle system enables travelers to choose different options for different trips. Most trips are short and involve only one or two passengers, so those travelers could be served by fleets of short-range, electric vehicles that cost users much less than private vehicles. The cost of using these vehicles would continue to drop as volume increased, prompting still more travelers to choose shared rides and continuing the cycle of greater and greater adoption.

SAFE believes that this process could remove 75 million vehicles from U.S. roads within a decade, replacing them with a shared fleet of smaller, lighter, more efficient vehicles, powered by electricity from a variety of sources. The group believes that this will decrease oil consumption, even if it results in more miles driven.

For the first time, it won’t be the government telling companies what they have to build and squeezing it onto a public that doesn’t want it. But rather, people will be asking for it and that to us is exciting.Robbie Diamond, founder and CEO of Securing America’s Future Energy (SAFE)
Tweet

“Autonomy offers, for the first time, a consumer proposition that’s exciting,” he said. “For the first time, it won’t be the government telling companies what they have to build and squeezing it onto a public that doesn’t want it. But rather, people will be asking for it and that to us is exciting.”

Brandon Schoettle, project intermediate manager at the U-M Transportation Research Institute, agreed that the move to shared electric vehicles could entice consumers into changing their travel habit, but cautioned that such a shift is likely decades in the future.

“A move to electric can really expand efficiency, and you can do other neat things as well. For example, inductive charging could enable autonomous cars to charge themselves without any physical connection. That brings in a convenience factor and also a perception of luxury that could do a lot to drive adoption.”

Diamond said that government can play a role in encouraging the adoption of autonomous cars by making regulations more consistent from state to state and allowing limited deployments of autonomous vehicles in specific locations before they’re ready to be rolled out nationwide.

Held May 24 and 25, the National Academy of Engineering’s regional meeting gathered nearly 200 leading engineers from across the Midwest and the nation to gain insights into autonomous and connected vehicles as they chart a path toward adopting these rapidly maturing technologies.