An award winning radar system for collision avoidance and imaging

EECS: Electrical and Computer Engineering
June 30, 2016
Armin’s research is focused on the development of a sub-millimeter-wave radar system for the next generation of navigation and imaging sensors.| Short Read
Enlarge 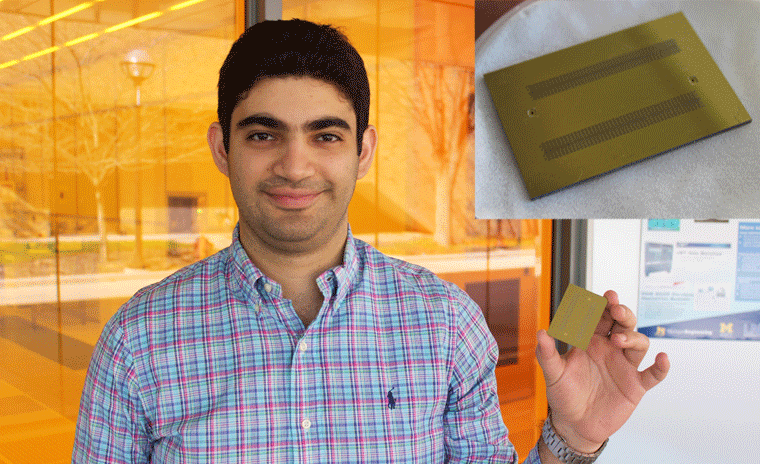 IMAGE:  Armin Jam built an antenna, weighing only 5 grams, that will be part of a radar system 100 times smaller than industry standard.

The paper was selected from more than 250 paper submissions from around the world.

Armin’s research is focused on the development of a sub-millimeter-wave (sub-MMW) radar system for the next generation of navigation and imaging sensors. Radar that operates at these small wavelengths allows for very small, yet powerful, sensing devices. These devices will have very high detection resolutions and wide fields of view, while achieving size and weight 100 times smaller than current state-of-the-art sensors. In addition, they reduce power consumption by up to 10 times. 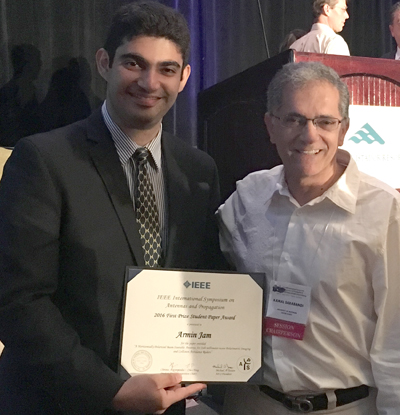 The ultimate goal of the project, funded by the Army Research Lab and Department of Defense, is to make the complete system as small as possible so it can be installed on a number of remote devices. This paper describes the antenna of this system, which weighs only 5 grams and is the about the size of a quarter.

These systems will be pivotal for self-driving cars, and can be implemented on drones for long-distance imaging in hazardous areas. Current autonomous vehicles use a variety of sensors to function properly, radar included. But some companies are beginning to put increased focus on the role radar plays in their systems, even cutting out expensive, high-resolution LIDAR (a light-based sensor) entirely. Tesla cars, for example, rely almost entirely on radar for their new models.

This paper was presented at AP-S 2016 in Fajardo, Puerto Rico.