by Gabe Cherry
Michigan Engineering
May 2, 2016
A partnership between Google and the University of Michigan’s Flint and Ann Arbor campuses aims to provide a smartphone app and other digital tools to Flint residents and officials to help them manage the ongoing water crisis.| Medium Read
The Michigan Data Science Team, a U-M Ann Arbor student group focused on solving data science challenges, has partnered with UM-Flint and Google on a new project

A partnership between Google and the University of Michigan’s Flint and Ann Arbor campuses aims to provide a smartphone app and other digital tools to Flint residents and officials to help them manage the ongoing water crisis.

The app and other tools will help predict where lead levels will be highest in the city’s water, and they’ll pull together information and resources to make the crisis easier to navigate for those affected. The project is made possible by a $150,000 grant from Google. 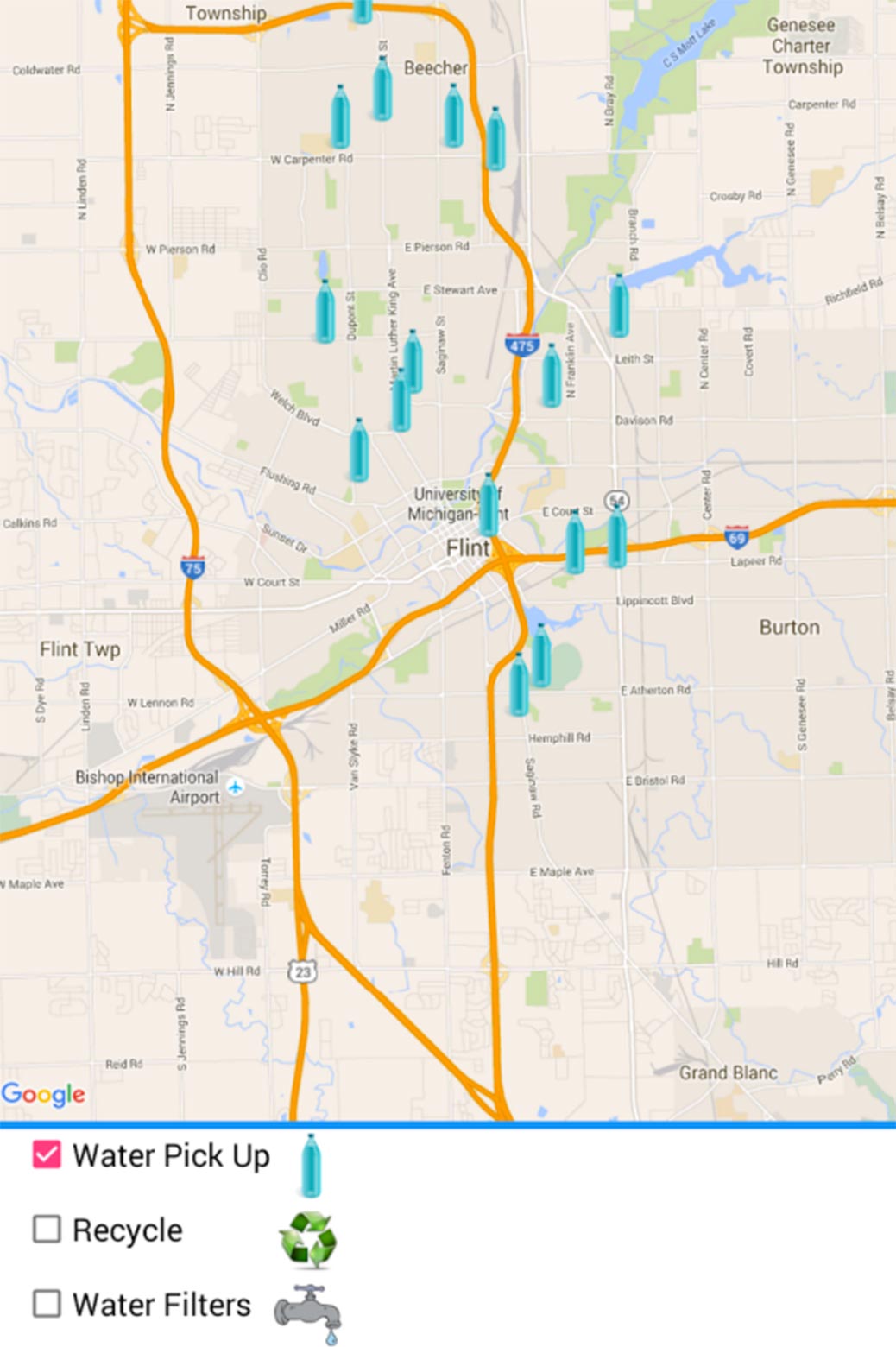 “This investment by Google is an outstanding commitment to our community. It creates an ideal combination of an industry powerhouse with faculty expertise. It will create new opportunities for students and continue building community partnerships—all so that we can provide quick and critically important information and analysis for our community as we move forward,” said Chancellor Susan E. Borrego of the University of Michigan-Flint.

The Android app is slated for roll-out this summer. It could help residents determine whether their homes are at high risk of having lead-contaminated water. It could also help them locate day-to-day resources for lead testing, water distribution, water bottle recycling, water filters, and volunteer opportunities. A website will offer similar resources and will be accessible on any computer, including those in public libraries.

Additional web-based tools for government officials could provide detailed insight on how to deploy repairs and resources. For example, they could help identify and prioritize the water service line replacements.

A student team at UM-Flint has already developed a prototype smartphone app for Flint residents. Google and U-M Ann Arbor will work with them through the spring and summer to add mapping features that use predictive analytics from U-M Ann Arbor’s Michigan Data Science Team. The team will also develop an improved user interface with assistance from Google.

Google has pledged a variety of resources to the project including a grant and remote and on-site assistance from its user experience and app development team. The company will also donate data resources to the Michigan Data Science Team including mapping, satellite imagery, and geo-location data. 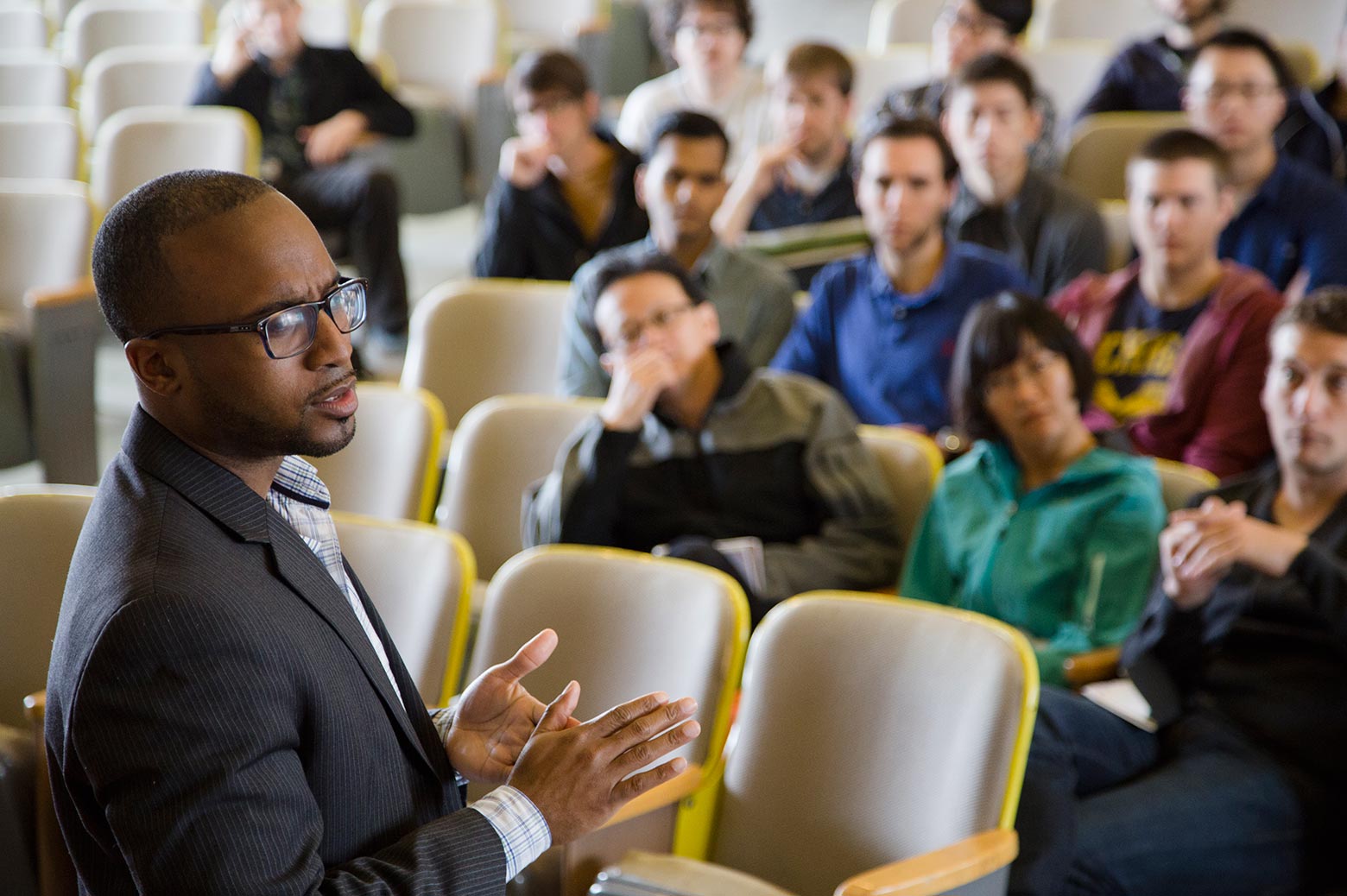 IMAGE:  Brian Larkin, planning and development director for the city of Flint, answers questions from members of the Michigan Data Science team during a team trip to Flint in April, 2016.

Initial work by the data science team has already shown some success at predicting which homes and neighborhoods have a high risk of lead contamination. In the coming months, they’ll continue to apply predictive algorithms and machine learning techniques to data from a wide variety of sources including Google, the State of Michigan and the City of Flint. The data includes existing lead testing data; detailed information on the type and location of water infrastructure; and information on the size, age, type, and condition of every parcel of property in the city.

“There’s a lot of data on the water crisis, but it’s scattered over many different agencies and places,” said Jacob Abernethy, an assistant professor of computer science and engineering at U-M Ann Arbor and faculty advisor to the Michigan Data Science Team. “By organizing it in one place and analyzing it, we can predict which areas are likely to be at risk. We can help planners determine which infrastructure repairs will benefit the most residents, and how to allocate resources like bottled water most efficiently.”

Google and U-M also plan to create a separate set of web tools for city planners and other officials. They will include extensive mapping and predictive analytics, with details on waterline type and location and other infrastructure data.

Mark Allison is an assistant professor of computer science at UM-Flint and the faculty leader of the Flint student team. He says the project will be an opportunity for students to make a difference in the water crisis and pick up valuable real-world development experience along the way.

“Finding the best way to put resources close to where high lead levels are is a big part of managing this crisis, and it’s the kind of problem that analytics can solve. We also want to give residents more transparency by making it easier for anyone to get access to the most up-to-date information,” Allison said. “I think this project will be transformative. And for all of us here in Flint, it’s about much more than grades.” 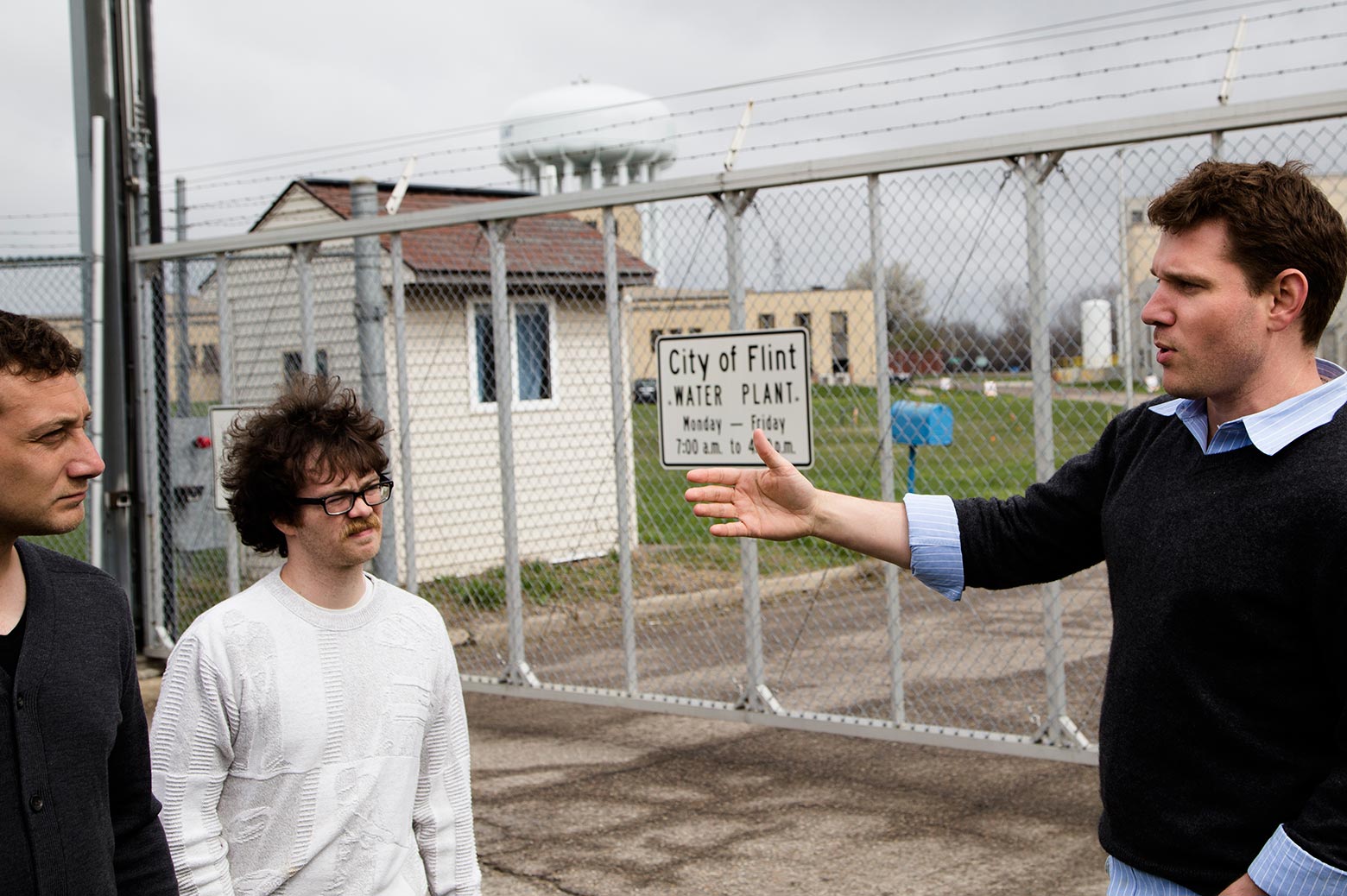 IMAGE:  Jacob Abernethy, faculty advisor of the Michigan Data Science Team, talks with team members outside the Flint water plant during a team trip to Flint in April.

Allison said the team is working to keep the tools they develop flexible, enabling them to be used by other cities that face similar crises. His team is developing the tools as part of UM-Flint Computer Science’s community-based learning program, which puts students to work on real-world challenges in and around Flint.

The Michigan Data Science Team is a competitive extra-curricular team at U-M Ann Arbor. Founded by Abernethy, the 15-member team builds and applies advanced computer algorithms that can analyze and “learn” from large sets of data. By finding connections and patterns within that data, they can make predictions about future events. The techniques are already widely used in areas like online retailing and advertising. The team’s work on the Flint water project was assisted by Eric Schwartz, an assistant professor of marketing at the U-M Ross School of Business.

“Access to clean drinking water is a concern all over the world, but in the United States it’s often a foregone conclusion. That is not the case recently for the residents of Flint, Michigan,” said Mike Miller, head of Google Michigan. “I am proud that we can contribute to help with the recovery of and we hope we can help to support a resolution to this crisis and get the residents of Flint the resources and respect they so rightly deserve.”

The Flint Water crisis began after April of 2014, when the city’s drinking water source was changed from Lake Huron via Detroit’s water system to the Flint River. The water supply was not properly monitored for corrosion control and it caused lead to leach from service lines into the city’s drinking water. Though the city has since switched its water supply back to the Detroit system, residents are still being advised not to drink unfiltered tap water. 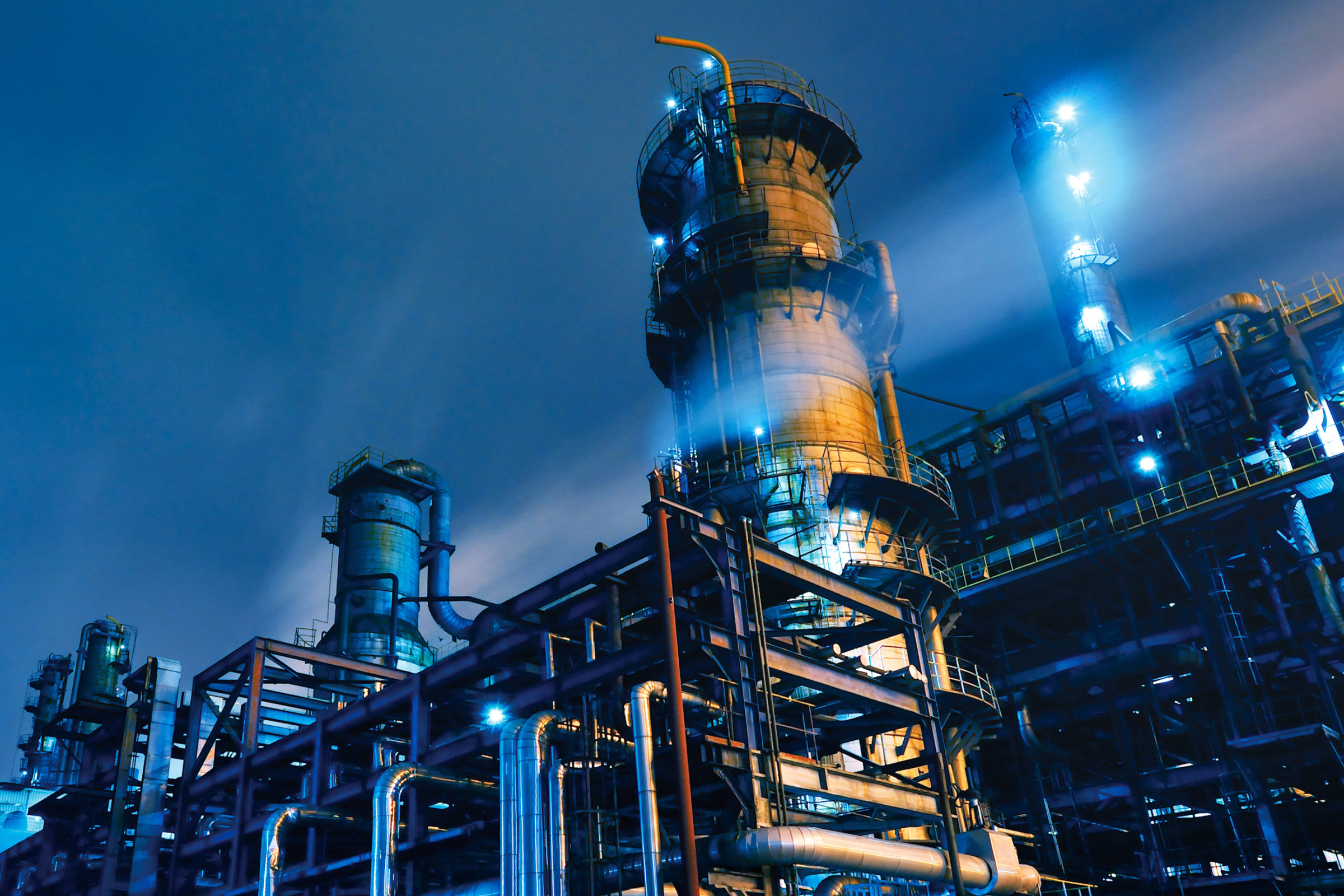 A new company, Omniscent, is sniffing out dangerous levels of toxic chemicals in the air 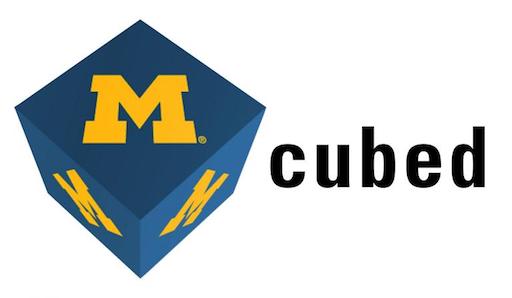 The goal of MCubed is to jumpstart novel, high-risk and transformative research projects.| Medium Read
Researchers