EECS: Electrical and Computer Engineering
April 26, 2016
The goal of the class project was to control the safe landing of a rocket booster after it disengaged from the portion of the rocket that would continue into Space.| Short Read
Enlarge 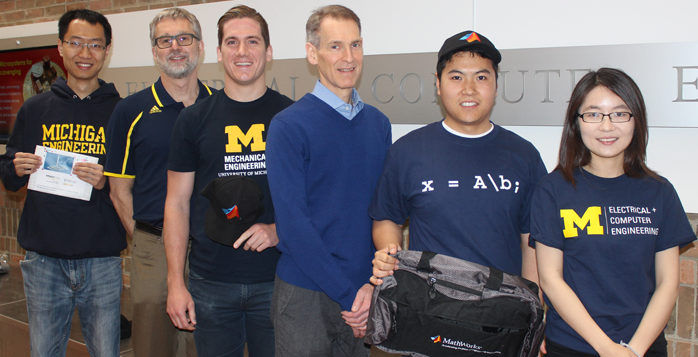 Students in EECS 562, Nonlinear Systems and Control, received prizes for calculating how to land a rocket booster with minimal damage after being detached during a rocket launch.

They competed with students who were taking a similar class at Carnegie Mellon University. Professor Jessy Grizzle’s former PhD student and CMU professor, Koushil Sreenath (PhD EE:S 2011), designed the project last year, inspired by a real-world problem. When Professor Grizzle learned that both he and Prof. Sreenath would be teaching nonlinear control this term at their respective institutions, he suggested that they run a friendly competition to spike student interest in advanced control algorithm design. 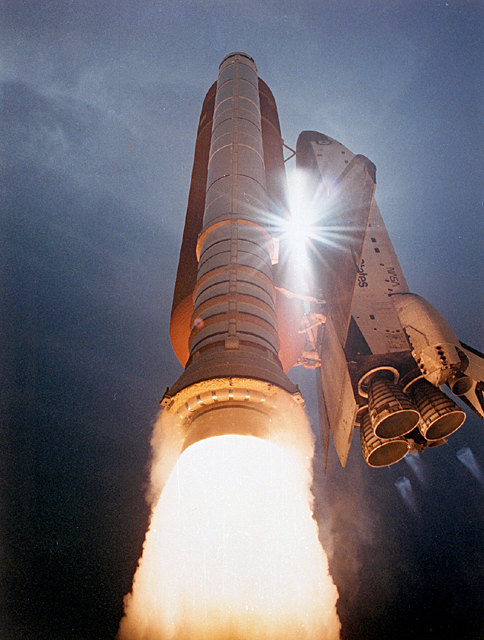 The goal of the class project was to control the safe landing of a rocket booster after it disengaged from the portion of the rocket that would continue into Space. These boosters are typically destroyed or lost at sea. Space companies such as Blue Origin and SpaceX have recently been able to safely land booster rockets, making these expensive components available for future missions.

According to Prof. Grizzle, students were tasked with landing a rocket on a small pad, inspired by Space-X landing their rocket on a floating platform in the ocean. “The students were presented with an increasingly difficult set of initial configurations of the rocket,” said Prof. Grizzle, “until they were no longer able to land the rocket on the pad with sufficient accuracy and delicacy that it does not tip over, land with a bang, or run out of fuel! A perfect score is 1,000. Our winner racked up the impressive score of 612.”

Yan Zhao controls his rocket to a safe landing from a disastrous initial condition!
Enlarge 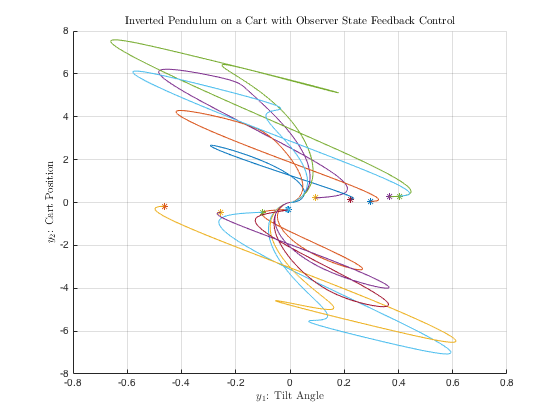 IMAGE:  Dan Bruder's plot of the output of an earlier project in the course, the inverted pendulum on a cart, starting from several random initial conditions.

Jessy Grizzle, Elmer G. Gilbert Distinguished University Professor and Jerry W. and Carol L. Levin Professor of Engineering, is a professor of electrical engineering and computer science (EECS), and mechanical engineering. While his home department is EECS, he often advises students in other disciplines due to the interdisciplinary nature of control and robotics research, his specialty.

This year the contest was sponsored by MathWorks, which develops key software used by the students. Jerry Brusher (PhD ME 1993) was on hand from MathWorks to meet and congratulate the student winners. Dr. Brusher said MathWorks was excited to be part of this multi-university contest, and would like to see the contest grow to include even more schools. He said he’s delighted to work with U-M and faculty like Prof. Grizzle, who “are leading the way in impactful research and innovative pedagogy.”