Students in attendance valued the chance to connect with professionals from across the nation and across different industries. Mo Hussein, a graduating senior in CS and this year’s financial chair for the chapter, focused his efforts on making career connections to land his first job.

“It really is an invaluable experience,” he says. “You get to interact with people from the entire spectrum of engineering – from college kids to industry professionals – who have been involved in NSBE throughout their career. Having that exposure, as well as the career fair and workshops, makes this extremely valuable.”

The convention hosted more than 100 major companies at its career fair, and offered students career workshops to hone their interviewing, networking, and general industry know-how.

Paul Scott, a freshman in CE, found a summer internship with USAA through the event. He was excited by the chance to encounter students from around the nation. “You get to see how many other minority engineers there are,” he says. “You’re talking about thousands and thousands of people who look like you and are engineers.”

Paul and Mo both found the convention so valuable that they would encourage every member to attend. Other members agreed, and attendance will be a major initiative for new members in the coming year.

Other events included talks from major industry figures, including Jack Dorsey, the CEO of Twitter and Square.

Thank you @NSBE for striking positive impact ⚡️⚡️⚡️ and for hosting us from @Twitter and @Square! (and tx @laurawp) pic.twitter.com/uT4hoaGjzg

The U-M Chapter of NSBE earned a Chapter of the Year Award, and it won the Amazing Race competition for its region, based on active participation throughout the year. In addition, Matthew Nelson (recent graduate of IOE) was elected National Chair of the organization’s student division. 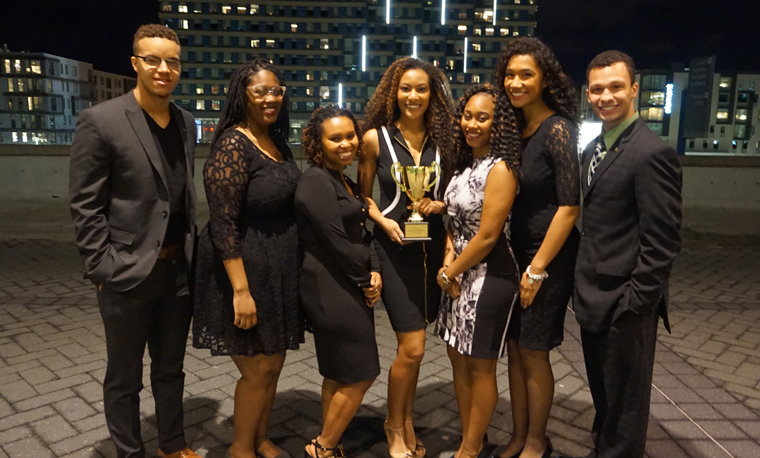