Two teams earned prizes in the graduate level course, EECS 556: Image Processing, thanks to the sponsorship of KLA-Tencor. The course, taught this past term by Prof. Jeff Fessler, covers the theory and application of digital image processing, with applications in biomedical images, time-varying imagery, robotics, and optics. The KLA-Tencor judges in attendance this year were Jing Zheng and Mohan Mahadevan.

In applications from medical imaging to self-driving cars, the process of partitioning an image into meaningful segments is useful. Forming these segments involves a balance between fidelity to the original image and segmentation into a reasonable number of partitions, while solving the problem in a computationally practical way. This project involved the implementation, and expansion of an efficient alternating direction method of multipliers (ADMM) approach to this problem.

IMAGE:  Example segmentation of an image containing a collection of objects using the ADMM approach
Enlarge 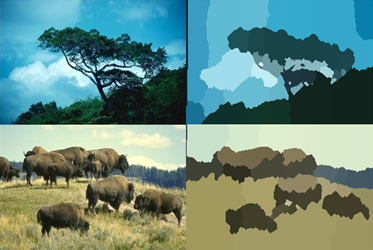 A High Dynamic Range (HDR) image has a large ratio between the maximum and minimum intensities of the image. Since it usually exceeds the dynamic range of standard displays, tone mapping process is required. The key to HDR tone mapping is to preserve details while compressing the unimportant image components. Therefore, most state-of-the-art approaches to HDR tone mapping involve separating an image into base and detail layers. 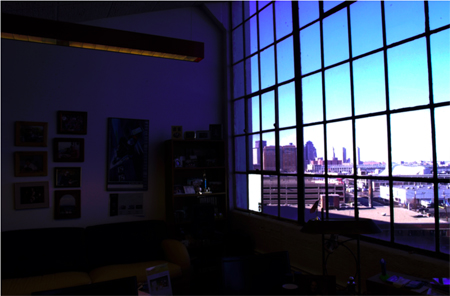 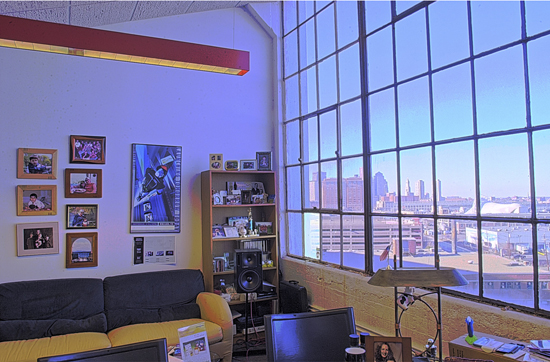 Base layer can be obtained by applying smoothing filter to the image, which usually causes the artifacts around edges. A general solution is to formulate the energy minimization problem in terms of base layer with adaptive edge-preserving penalty term. In this project, we propose the joint base-detail decomposition by considering additional constraints on detail layers, which gives increase in both sharpness and naturalness to the resulting tone-mapped image.