by Kate McAlpine
Michigan Engineering
April 29, 2016
A new device developed at the University of Michigan could provide a non-invasive way to monitor the progress of an advanced cancer treatment. | Medium Read
Enlarge 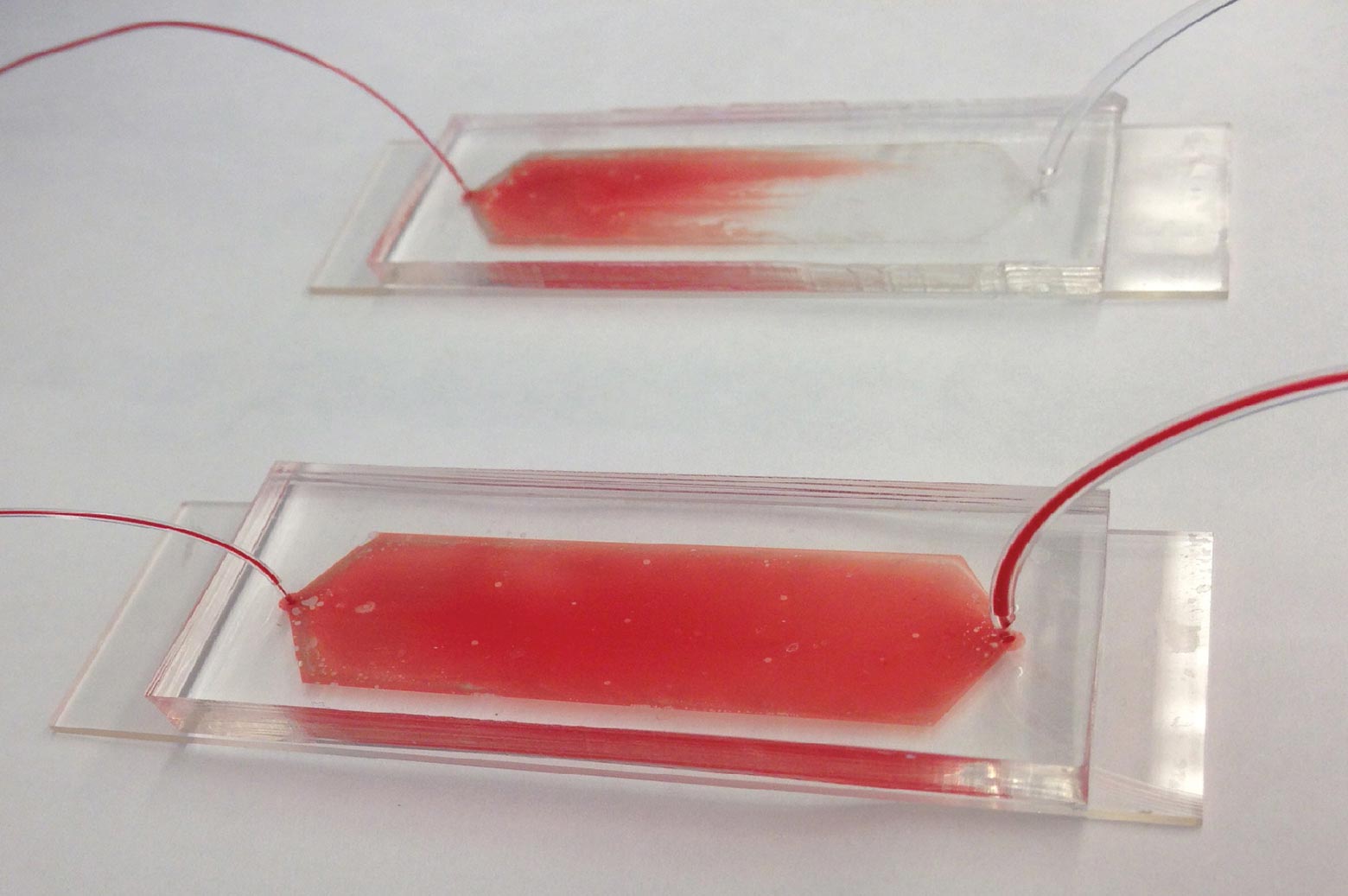 A new device developed at the University of Michigan could provide a non-invasive way to monitor the progress of an advanced cancer treatment.

It can pick cancer cells out of a blood sample and let them go later, enabling further tests that can show whether the therapy is successfully ridding the patient of the most dangerous cancer cells.

Cells released into the bloodstream by tumors could be used to monitor cancer treatment, but they are very difficult to capture, accounting for roughly one in a billion cells, says Sunitha Nagrath, U-M assistant professor of chemical engineering.

Nagrath and her collaborators pioneered technologies for capturing these cells from blood samples. Their devices trapped the cells on chips made with graphene oxide, a single layer of carbon and oxygen atoms. But all analysis had to be done on the chip because the cells were firmly stuck.

“We could grow the cells on the chip or analyze them all together, but research has shown that cancer cells are not all the same,” she said. “Hence, it is important to study cells individually, and our new device makes this possible.”

The stem cell theory of cancer holds that relapses occur because chemotherapy and radiation therapy are not very effective at killing cancer stem cells, which can make up as much as 10 percent of a tumor. As a result, the cancer stem cells left behind are able to regrow the tumor or spread to other areas of the body.

New treatments in clinical trials attack the stem cells, but killing this smaller population does not immediately shrink the tumor. Doctors need a good way to monitor whether the cancer stem cells are on the decline. This may be possible through blood tests, but clinicians need to study captured cells individually, and that means removing them from the chip.

“How can we release the cell without damaging it—that’s the name of the game,” said Jinsang Kim, U-M professor of materials science and engineering, who co-led the project with Nagrath. 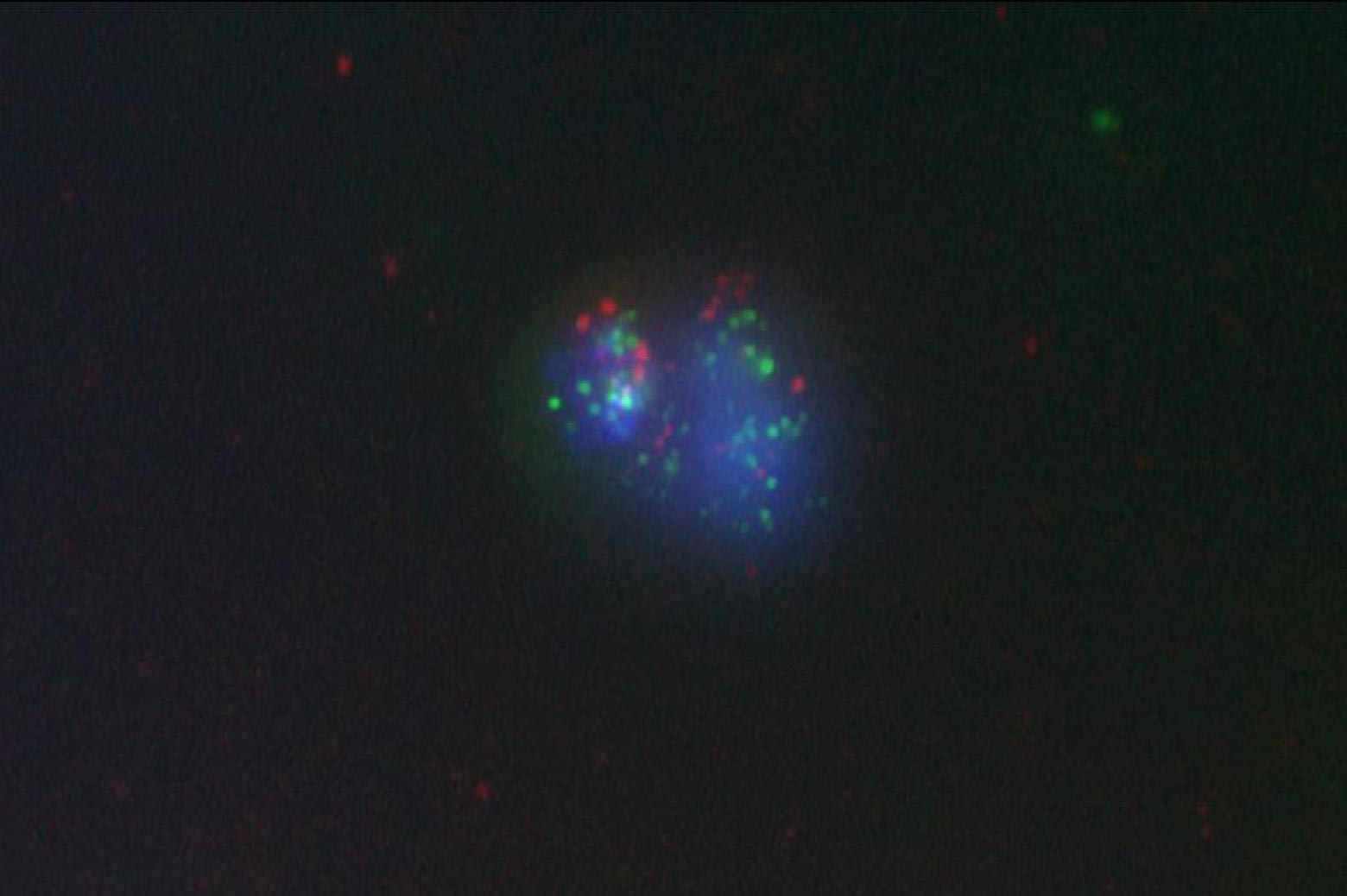 IMAGE:  Fluorescence probes in two breast cancer cells give information about which genes are present. The green dots show that both cells have multiple copies of the HER2 gene, suggesting that the cancer is aggressive. Credit: Nallasivam Palanisamy, Henry Ford Health System. Copyright: Advanced Materials

Kim works on design principles for creating chain-like molecules with particular capabilities, and his team devised a solution. His group developed a polymer that is solid at room temperature but falls apart at a temperature that can be set anywhere between about 40 and 68 degrees Fahrenheit.

The polymer dissolves in water when it interacts with water molecules. At higher temperatures, heat breaks up the interactions, so the polymer doesn’t dissolve. Apoorv Shanker, a graduate student in macromolecular science and engineering, set the polymer to dissolve at temperatures below 54 degrees. The team mixed the tiny cell-catching graphene oxide flakes into the polymer and built the chip into a device to guide the blood sample over it.

“It’s very gentle for the cells,” said Nagrath, contrasting the slight dip in temperature with other designs that rely on heating or enzyme-induced chemical reactions to release the cells.

The device can capture and live-release up to 80 percent of the cancer cells in the initial blood sample. Then, the clinicians could collect the cells into a tissue-like sample for conventional analysis, which can reveal the proportion of captured cancer cells that are stem cells. Alternatively, they could identify single cells for more detailed study, such as full genetic sequencing or tests that identify which drugs would be most effective.

“Because the device is easy and cost-effective to make, large-scale clinical studies are possible,” Kim said.

It is described in the paper, “Tunable Thermal-Sensitive Polymer-Graphene Oxide Composite for Efficient Capture and Release of Viable Circulating Tumor Cells,” which recently appeared in Advanced Materials.

U-M is pursuing patent protection for the technology and is seeking partners to bring it to market. 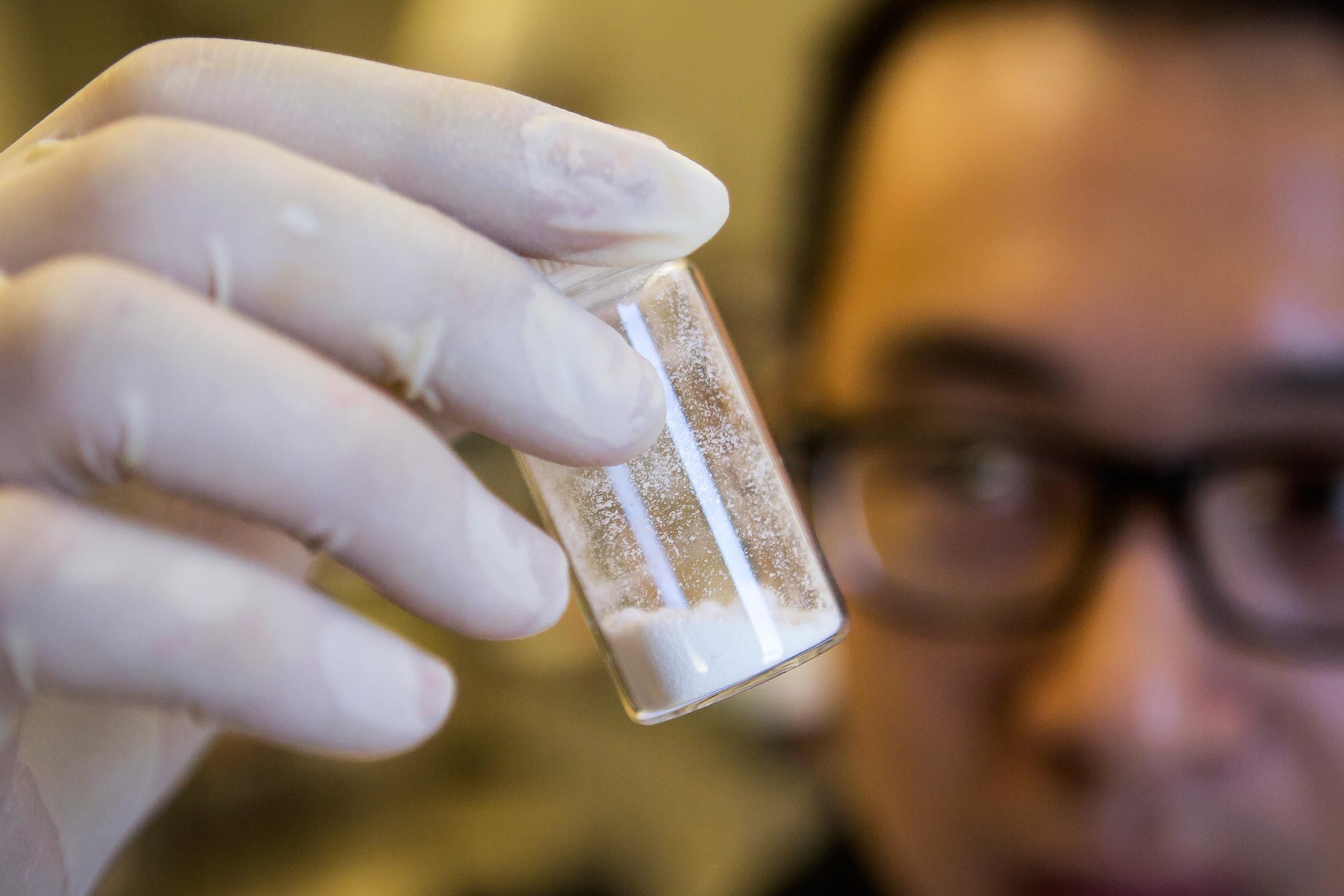 Some tissue damage is too extensive for the body to heal well, such as a bad slipped disc or the muscle death that follows a heart attack, so researchers are looking for ways to bridge the gaps.| Medium Read
Researchers