The event, co-sponsored by Electrical & Computer Engineering and the Center for Photonic and Multiscale Nanomaterials, was attended by more than 300 students, faculty, and industry professionals. After the talk, three students prefaced their questions by calling Prof. Nakamura their hero and thanking him for coming. Many more kept him talking and posing for photos after the lecture.

Prof. Nakamura described how he came to accomplish what no one thought possible – which was to develop highly-efficient blue LEDs from III-nitride alloys, a material abandoned by “serious” scientists.

In 1993, he commercialized the first highly efficient blue LEDs from this material. These LEDs have become the most widely used light source in many applications. LED light bulbs are more than ten times as efficient as incandescent bulbs, and they last for 50 years. At their current adoption rates, by 2020, LEDs can reduce the world’s need for electricity by the equivalent of nearly 60 nuclear power plants.

With about 25% of the world’s electricity used for lighting, the impact of his work is global, and not just for highly industrialized countries. LEDs are so energy-efficient, they can be powered by cheap local solar power, which brings the possibility of light to the 1.5 billion people who live and work off the energy grid.

Since 2000, he has been a professor of Materials and Electrical & Computer Engineering at the University of California, Santa Barbara. Prof. Nakamura is the Research Director of the Solid State Lighting & Energy Electronics Center and the Cree Professor of Solid State Lighting & Displays. He holds more than 200 U.S. and 300 Japanese patents, and has published more than 550 articles. He co-founded Soraa, Inc. in 2008, which operates vertically integrated fabrication facilities in Silicon Valley and Santa Barbara, CA. 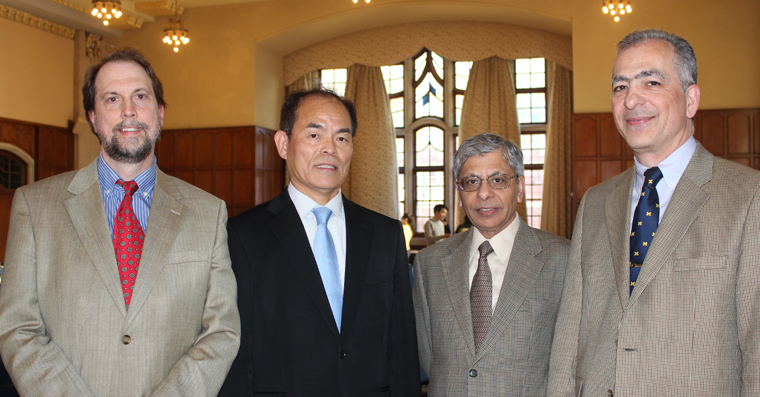 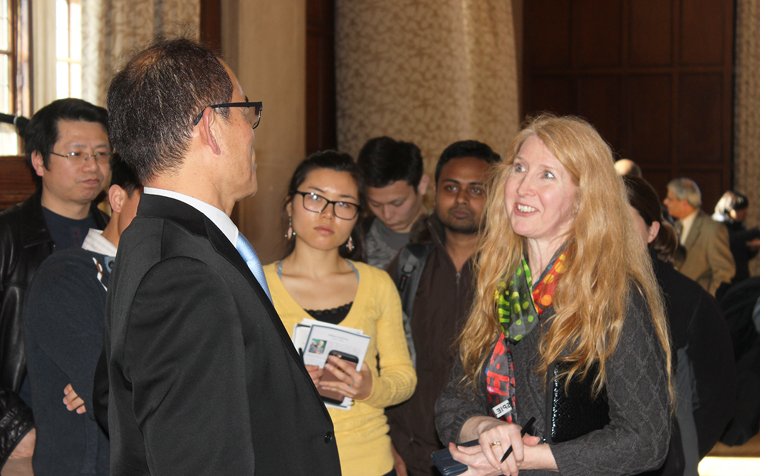 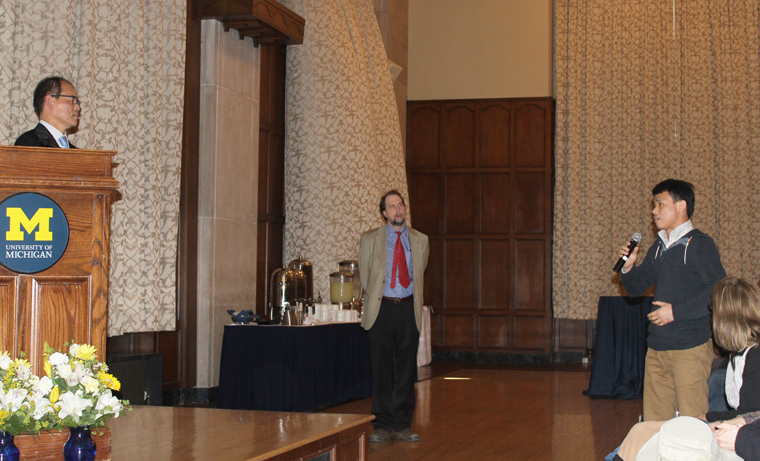 IMAGE:  Prof. Nakamura took audience questions, including one from Dr. Jianfeng Cheng, for whom the professor is a personal hero.
Enlarge 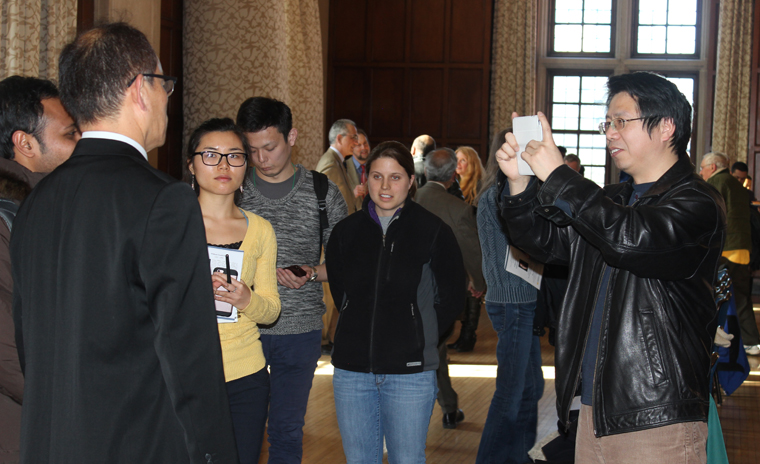 IMAGE:  Many in the audience lined up to pose with Prof. Nakamura.

The William Gould Dow Distinguished Lectureship is the highest external honor bestowed by the Department, and recognizes the accomplishments of external individuals who have made outstanding contributions in the field of Electrical Engineering and Computer Science. William Gould Dow (1895-1999), former faculty member and Chair of the Department, helped establish 13 laboratories and research units within engineering, wrote a classic textbook on electronics, and worked tirelessly to make Michigan the most advanced institution for advanced research in the world.