Engineering a better life for people with diabetes

Sometimes the most innovative engineering tackles the most routine problem.

For a patient with diabetes, one of the most prevalent chronic diseases in the world, taking insulin is as mundane as it gets – most people prescribed with this treatment for blood sugar regulation will require one to four injections per day.

But for the treatment to be fully effective, it has to account for the many changes that go on in each patient’s body every day. Adjustments to insulin dosage are made by physicians, or sometimes by the patients themselves after careful training. Failure to make these adjustments quickly enough can increase the risk of dangerous and expensive complications. For example, the Centers for Disease Control and Prevention cites diabetes as the leading cause of lower-limb amputations and kidney failure in the world.

And treating the disease is expensive. According to the American Diabetes Association, “people with diagnosed diabetes accounts for more than 1 in 5 health care dollars in the U.S.”

With the stakes so high, Eran Bashan (PhD EE:S ‘08) decided to tackle the way diabetes was treated. So he co-founded Hygieia with friend and colleague, Dr. Israel Hodish, in 2008. Hygieia does two key things for its patients; it develops medical devices that automatically evaluate and optimize insulin dosage, and it provides patient consulting and training that is carried out by on-staff nurses, reducing the need for frequent trips to the doctor.

Long-term improved glucose control will reduce complications from the disease, literally saving both life and limb.

Now, with an investment from Blue Cross Blue Shield of Michigan, the company is launching a one-year, 1,000-patient demonstration project of Hygieia’s services. 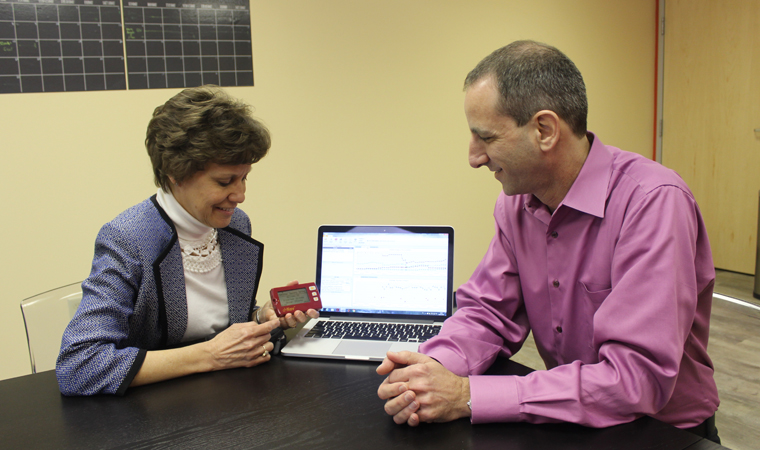 IMAGE:  Hygieia's d-Nav® device provides people with diabetes with a simple means to calculate how big or small their next dose of insulin should be. Donna McCollum (left), Director of Engineering, is holding d-Nav®.

Eran met Hygieia’s co-founder, Israel Hodish, when they were both admitted to Michigan. Dr. Hodish is now an endocrinologist and associate professor of Internal Medicine at the U-M Medical School. It was his explanation in 2007 of current insulin care methods that originally sparked Eran’s ambitions.

Israel told Eran, ‘I need to see my patients once or twice a week, but this is impossible, and far too expensive.” Dr. Hodish wanted a way to streamline and perhaps even automate what he did as a physician.

Thus, Eran’s concept of an “artificial physician,” and a company, was born.

Hygieia has patented a device called d-Nav®, short for “diabetes navigation.” The d-Nav® device acts like an “artificial physician” to provide patients with a number. This number gives patients the optimal insulin dosage based on what their body needs at that moment. With d-Nav®, patients now have a GPS for their health, providing regular and timely course-corrections for their insulin dosage that keeps them on track.

In addition to d-Nav®, Hygieia employs nurses to provide training and follow-up consulting with each patient individually. In the event that their dosage climbs too high or other anomalies occur, the nurses can triage and refer the patient to a doctor.

Hygieia found an ecosystem in Northern Ireland that was primed for the kind of assistance it provides. The UK has a unique healthcare market where doctors are paid a salary that’s based on outcomes rather than by the number of visits. There’s no financial incentive in the UK for a doctor to see patients multiple times – but there is tremendous incentive to improve the health of their patients.

Eran found a hospital in the area that served over 2,000 patients regularly for insulin checkups through its secondary care outpatient clinics. This left the facility clogged with appointments that Eran knew could easily be handled effectively through d-Nav® and carefully trained nurses. 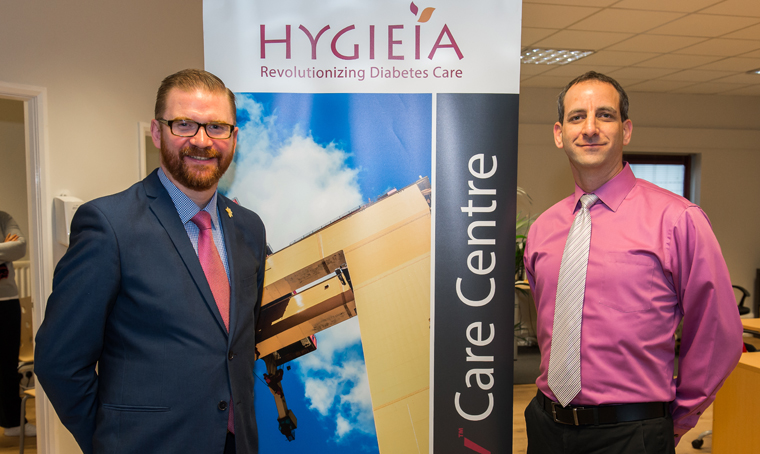 IMAGE:  Hygieia's office in Belfast was visited by Northern Ireland's Health Minister Simon Hamilton (left), where he met with staff and patients.

Since the relationship with Northern Ireland began in 2012, hundreds of patients have given Eran and his company a mass of data and testimonies to bolster his product.

“What we hear over and over from patients is ‘this changed my life,’” says Dr. Bashan. “It gives you confidence to do things that, previously, you didn’t think you could do.”

Now, Eran is looking for opportunities to demonstrate the d-Nav service at home in the US. The country’s vastly different healthcare market presents a host of new challenges, including developing relationships with insurance companies and securing FDA approval for his device. Hygieia is currently working with patients in Minneapolis, Des Moines, and Henry Ford Health System in Detroit.

It’s latest success in the states came in Michigan – Blue Cross Blue Shield of Michigan has launched a 1,000-patient demonstration project of Hygieia’s d-Nav® insulin guidance service. The project, set to begin in Q2 2016, will evaluate the cost savings associated with the d-Nav service as compared to the standard of care.

The company is growing fast as it continues to expand. Hygieia now employs five staff in the UK, and 12 in the US, with five more hires on the way. The company’s main office is located in Ann Arbor, with a second location in Belfast, Northern Ireland, and the U-M alum has already employed a number of graduates from colleges across the state of Michigan and elsewhere.

As CEO of Hygieia, Dr. Bashan hopes to bring their system to patients around the world, changing outcomes for people with diabetes and increasing the effectiveness of care. “We started this with a great belief that we can make the world a better place for people with diabetes,” he says. “We are now seeing signs that others are willing to buy into our vision.”

The Michigan Connection and Advice for Students

Born and educated in Israel, Eran served for seven years as a field officer in the Armor Corps, and later managed R&D at an optical sensor startup.

After several years of this work, he took an interest in the product development and marketing side of engineering. He was also intrigued by opportunities presented by the healthcare industry. To explore these options, Eran ultimately pursued his PhD at U-M with Profs. Jeff Fesslerand Al Hero, researching efficient resource allocation for medical imaging systems.

He’s not the first U-M alum to meet a lifelong friend and colleague on campus, and that’s what happened when he met his company’s co-founder, Israel Hodish, at a session for foreign students and exchange visitors.

Eran says he appreciated the breadth of opportunities at Michigan. He’s been able to tap into expertise in many different fields, and took courses in several different departments throughout his education.

“I think the best thing that you can do in your first year here is try to slow down and appreciate the opportunity that’s given to you by attending Michigan,” said Eran.

He also makes the point that while engineering skills and interesting new technology are great, people skills are essential to thrive in any field. “The biggest obstacles you’ll run into are not at all technology-related; they’re people-related. It’s easy to underestimate the people side of the business.”

But what’s most important of all? Enjoy yourself!

“Returning to graduate school after spending a few years in the industry felt like a great vacation,” said Eran. “You get to study, you challenge your brain, but you work at your own time, and you work with some very smart people.” 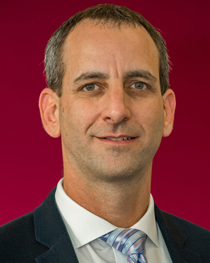 Hygieia, founded in 2008, is an Ann Arbor-based medical technology and primary care company specializing in the automation and optimization of insulin dosage for people with diabetes taking insulin. The company employs over 20, and has a second office in Belfast, Northern Ireland. 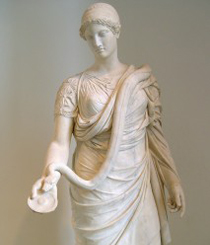 Hygieia’s founders, Drs. Eran Bashan and Israel Hodish, named their company after a goddess from Greek and Roman mythology. Hygieia was the daughter of the “god of medicine” – Asclepius. She was known for disease prevention and good health.

Eran Bashan gave a talk at TEDxCQ in Belfast, Northern Ireland about the need for innovators to find the right context and environment for their inventions to take off.