Mapping Landslides with Drones in Nepal

Civil and Environmental Engineering
March 24, 2016
CEE researchers partnered with researchers from the U-M Department of Earth and Environmental Sciences and colleagues from other universities for an NSF-funded research project to study the more than 20,000 landslides that took place in Nepal during the Mw 7.8 Gorkha earthquake on April 25, 2015. | Short Read
Enlarge 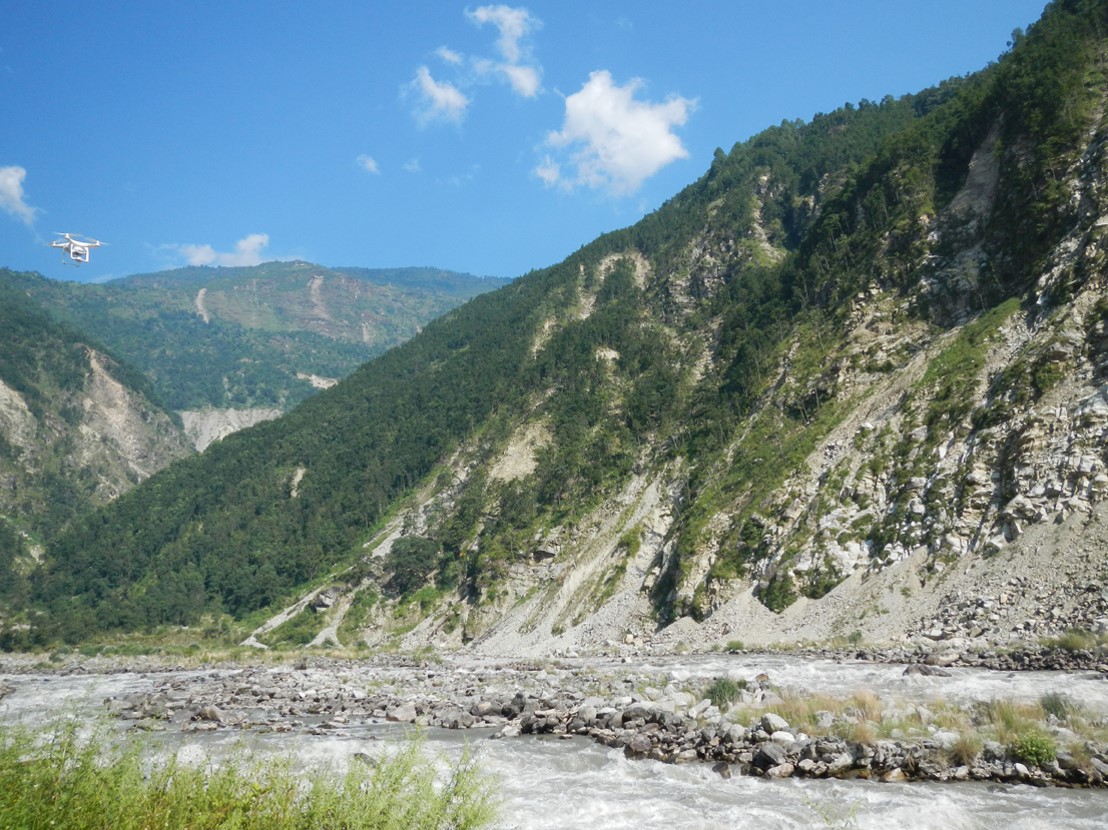 The CEE team, which consisted of Associate Professor Dimitrios Zekkos and his doctoral students Julie Bateman and William Greenwood, collaborated with Prof. Marin Clark from the U-M Department of Earth and Environmental Sciences, and visited Nepal last October to map these landslides. The Michigan research team used drones and photogrammetry principles to view, map and create 3D models of large rock slides, debris flows and rockfalls.

“Surveying the huge landslides in this remarkable landscape and seeing the potential of drones to aid post-disaster reconnaissance was an incredible experience” says Julie Bateman, who was still in her first two months of graduate studies when she participated in the project.

According to William Greenwood, whose PhD focuses on the use of drone technology for post-disaster reconnaissance, “The drone was particularly needed; the steep topography and the large size and runout length of the landslides would have been nearly impossible to map otherwise.”

A youtube video that explains in more detail the team’s mission and includes lots of cool footage from the drones and animations can be found here:
https://www.youtube.com/watch?v=_cZLpBGWOsw