by Gabe Cherry
March 31, 2016
A 3D printable strain sensor developed by University of Michigan researchers could provide the U.S. Navy and commercial shippers with a more accurate, less expensive way to assess damage to their vessels, helping to keep sailors safe in the aftermath of an attack, storm or other incident.| Medium Read
Enlarge

Called the Strain Application Sensor, or SAS, the first-of-its kind device detects tiny flexing movements in the metal parts of ships—movements that can alert crews to damage before cracks or other visual signs can be seen by the naked eye. This can be vital information when a ship has been damaged and crews need to quickly determine what to do next.

Michigan Engineering researchers have designed a simple mechanical sensor that can precisely measure strain on a ship's hull, predicting structural failures before they occur and helping to keep military and commercial sailors safe.

“You can imagine bending a paperclip back and forth over and over again. It gets easier and easier to bend, and eventually, it snaps,” said Mark Groden, a U-M graduate research assistant in Naval Architecture and Marine Engineering and one of the sensor’s creators. “Ships behave in a surprisingly similar way. And if we can measure how much a given part is flexing, we can predict a failure before it happens.”

Now undergoing shipyard testing, the technology could be an important way to improve safety and reduce costs in the military as well as in in the global shipping industry, where over 50,000 ships transport an estimated 90% of the world’s cargo.

Traditionally, said Groden, crews have had to assess damage with visual inspections done in the hectic moments after an incident. In addition to being limited to visible parts of the ship, these inspections can only spot damage once a crack or other visible flaw has appeared. And by then, it’s often too late. While electrically operated strain sensors are available, they can cost thousands of dollars each and their need for dedicated power and data cables makes them impractical for most uses aboard ships. 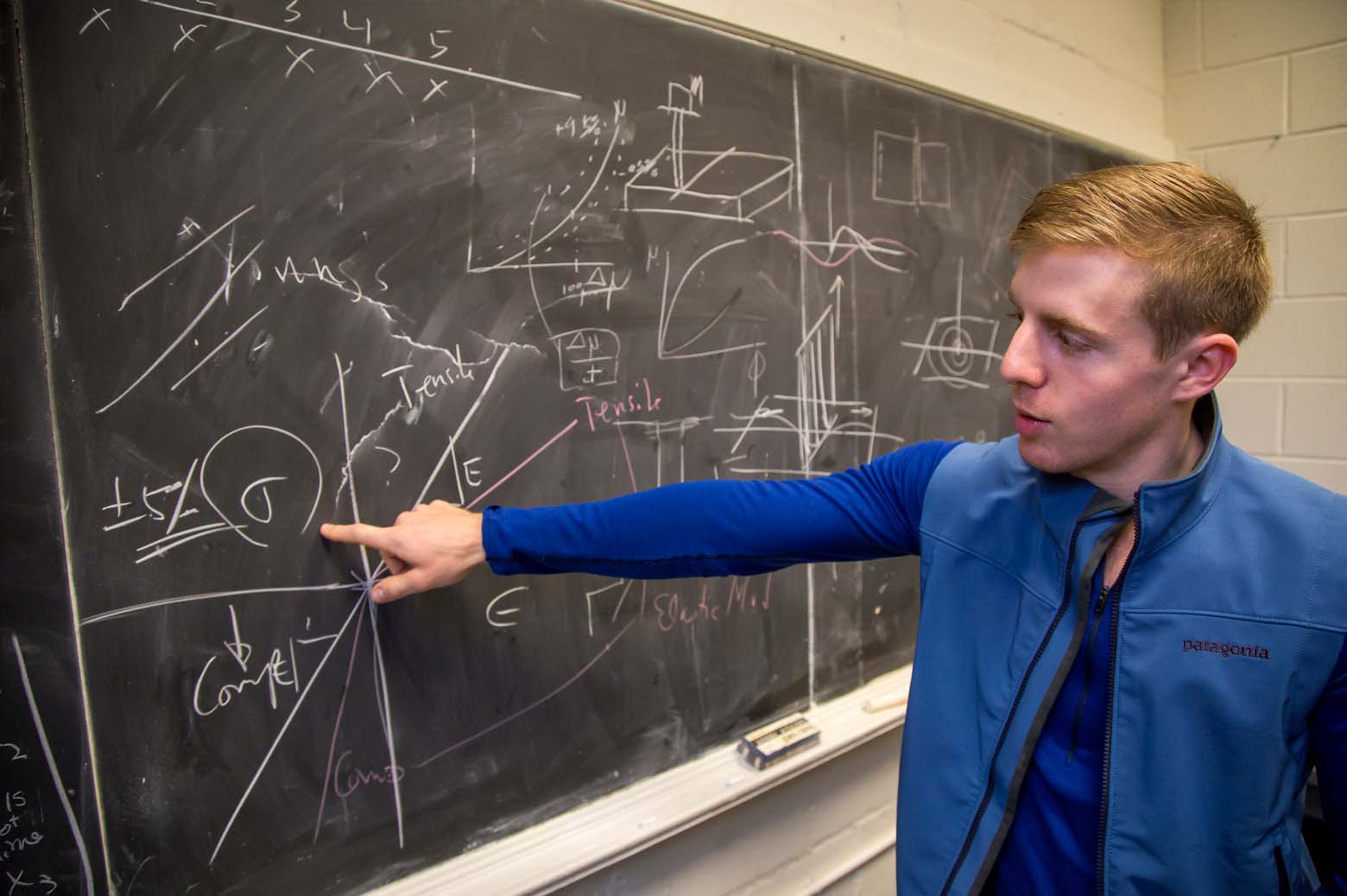 The SAS sensor could provide a better way, precisely measuring strain without the need for power or data connections. Made of 3D-printed plastic at a cost of a few dollars each, the sensors can be attached quickly with magnets. They use a series of levers to amplify tiny movements as small as one-thousandth of one millimeter. The movements then show up on a mechanical readout on the sensor itself. While the sensors must be placed in visible locations, the information they provide can alert the crew to problems with other parts deep inside the ship.

“Every structural component on a ship is interconnected, and a sudden change in the strain level of one component can indicate a problem somewhere else,” Groden explains. “In that way, these sensors can provide information about parts that we can’t see directly.”

In addition to their applications after an incident, the new sensors could be useful in the construction and maintenance of commercial ships. During the shipbuilding process, they can be used to measure and reduce distortion that can occur as sections of a ship are welded together. They can also measure routine wear and tear that occurs on ships, helping shipping companies make more informed decisions about when to replace parts and reducing the risk of a structural failure.

“These sensors can be easily customized to a given size, readout range or attachment surface—even for surfaces that aren’t flat,” he said. On a ship with a 3D printer, it would be relatively easy to print custom sensors to monitor damaged areas after an incident. I think we’ll see the Navy using on-board 3D printers within the next five years, and after that, it’s only a matter of time before they’re adopted by commercial shippers.”

The sensors could also be used in areas like offshore drilling platforms and possibly even in medicine, where they could be used to precisely measure the amount of pressure a surgeon applies during surgery.

For now, Groden’s team is working to commercialize the technology, conducting shipyard testing under the sponsorship of the Lightweight Innovations for Tomorrow (LIFT) program, conducted by the National Network for Manufacturing Innovation. Groden believes the first application for the sensors will likely be in the shipbuilding process, where he estimates the sensors will be in use within the next year.

The University of Michigan Office of Technology Transfer has secured patent protection for the technology. The team’s research was supported by Dr. Paul Hess, program officer at the Department of Defense’s Office of Naval Research, by U-M assistant professor of Naval Architecture and Marine Engineering Matt Collette and the Marine Structures Design Laboratory, by the National Science Foundation’s I-Corps program and by the U-M Center for Entrepreneurship. Groden also received support and mentoring from Jonathan Fay, managing director of the U-M Center for Entrepreneurship.