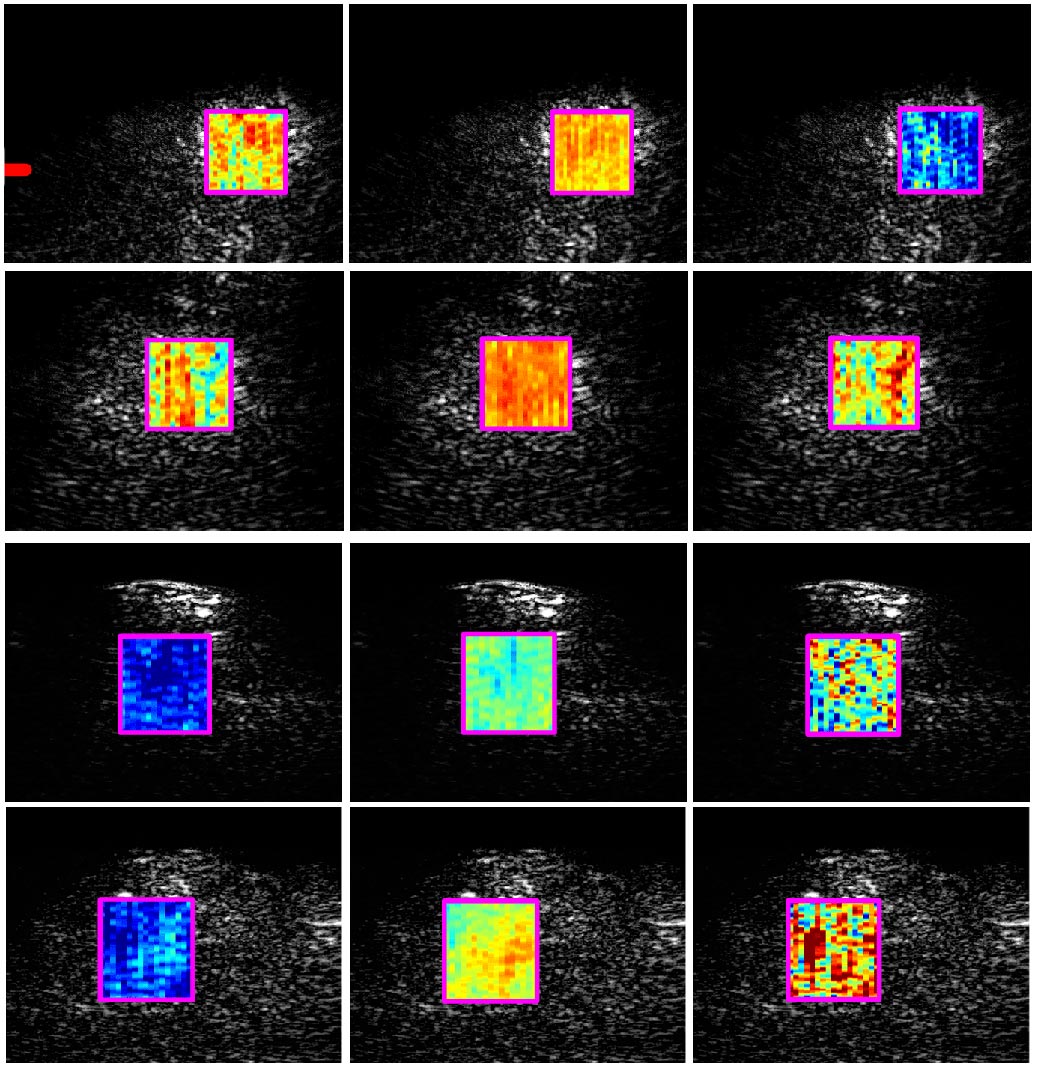 A new imaging method in development at U-M uses infrared light to recover both ultrasound images and chemical information from tissues inside the body without breaking the skin. The technique could improve traditional biopsies or, in some cases, replace them.

“It’s like a thunderstorm,” said Xueding Wang, an associate professor of biomedical engineering and radiology. “There is a flash of light, and then you hear the thunder.”

The ultrasound waves are so high-frequency that they reveal structures inside the body at a cellular level. Because the cells aren’t flattened out on a microscope slide, the technique makes abnormally shaped cells more apparent.

Meanwhile, some of the infrared light absorbed by the body is emitted again as a form of light, giving information about the chemicals present in the tissue. This can reveal important factors such as fat deposits and inflammation. The team led by Wang and Guan Xu, a research investigator in radiology, used the technique to differentiate between mice with normal livers, fatty livers, and liver fibrosis without taking a physical biopsy.

The virtual biopsy could be used alongside traditional biopsy to guide doctors to the abnormal tissue, said Wang. This would minimize the likelihood of missing a cancer diagnosis and also reduce the number of samples taken from the patient. In some cases, it could even replace biopsy, cutting costs and sparing the patient pain. Wang thinks it will be particularly helpful in monitoring chronic diseases, where repeat biopsies pose additional risks to the patient.

This study is described in the journal Scientific Reports, in a paper titled “High resolution Physio-chemical Tissue Analysis: Towards Non-invasive In Vivo Biopsy.”

This work was supported by the American Heart Association grant 14POST17840001, Michigan Institute for Clinical & Health Research UL1TR000433 and National Institute of Health under grant numbers R01AR060350 and R01CA186769.