by Alexis Stempien
February 3, 2016
The University of Michigan chapter of SEDS, Students for the Exploration and Development of Space, recently placed third in an international competition to design a satellite network around Mars.| Medium Read
Enlarge 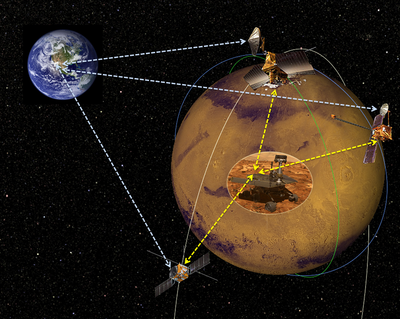 Last July, a team of students from the University of Michigan chapter of SEDS (Students for Exploration and Development of Space) took third place in an international satellite design competition. The Satellites Around Mars competition was held jointly between SEDS-USA and the Society of Satellite Professionals International. As the name suggests, each student team designed a global satellite communications network around Mars, and designs were presented in Boston, Massachusetts at SpaceVision 2015.

Representing the University were Robert Gitten (BSAE ’17), John Behrendt (BSAE ’16), Joshua Aviles (BSAE ’17), and Jason Wallace (MBA ’16). Beginning in February, the team worked through the summer until the September deadline, juggling internships and other plans to complete this undertaking.

“[The competition] wanted us to design a system of satellites that could provide continuous, 24-hour communications coverage to most of Mars for both human and robotic missions,” described team lead Robert Gitten. “This is a tremendous step up from NASA’s current communications system, where missions like the Curiosity rover can only get good reception with Earth for a few minutes each day.”

"The satellite project… was a chance to learn about the process involved in designing an actual working satellite. The smaller scale and ambition forced me to work like an actual engineer."Rob Gitten
Tweet

Although the team built off previous satellite designs from Associate Professor Jamie Cutler’s AERO 483 course, there was still extensive work to be done. AERO 483 provided the basic framework for the SEDS team – a constellation of 36 satellites, 32 small CubeSats and 4 carriers – but most systems had to be redone. Gitten and his team redesigned the network’s radios, antennae, relay systems, thrusters, solar panels, and radiators. Much of this work was electrical engineering and computer science, not aerospace engineering, which drove the team out of their comfort zone. “Things moved at a snail pace, and there were times I thought no one had the will to finish the project,” Gitten admitted.

When SpaceVision 2015 arrived, however, M-CONeCT 2.0 was complete and came away with third prize and a wealth of experience. 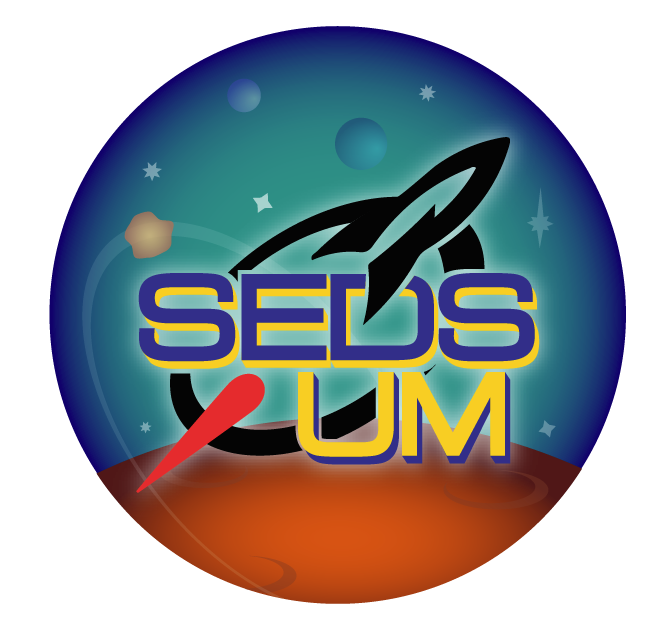 IMAGE:  Students for the Exploration and Development of Space (SEDS) at University of Michigan logo

“Most student contests are about designing really big things like space colonies or human missions to Mars,” explained Gitten. “Designing these grandiose projects is fun, but you get the feeling that it is of little to no practical application. The satellite project, on the other hand… was a chance to learn about the process involved in designing an actual working satellite. There are companies out there right now trying to do the same mission as M-CONeCT, only to provide Internet to the developing world instead of support missions on Mars.”

Although he has worked on other projects like this before, Gitten called M-CONeCT 2.0 the first spacecraft he has designed that he is proud of. “The smaller scale and ambition forced me to work like an actual engineer,” he said.

Congratulations to Robert Gitten, John Behrendt, Joshua Aviles, and Jason Wallace on their accomplishment and for representing both SEDS and the University of Michigan in such an outstanding manner!