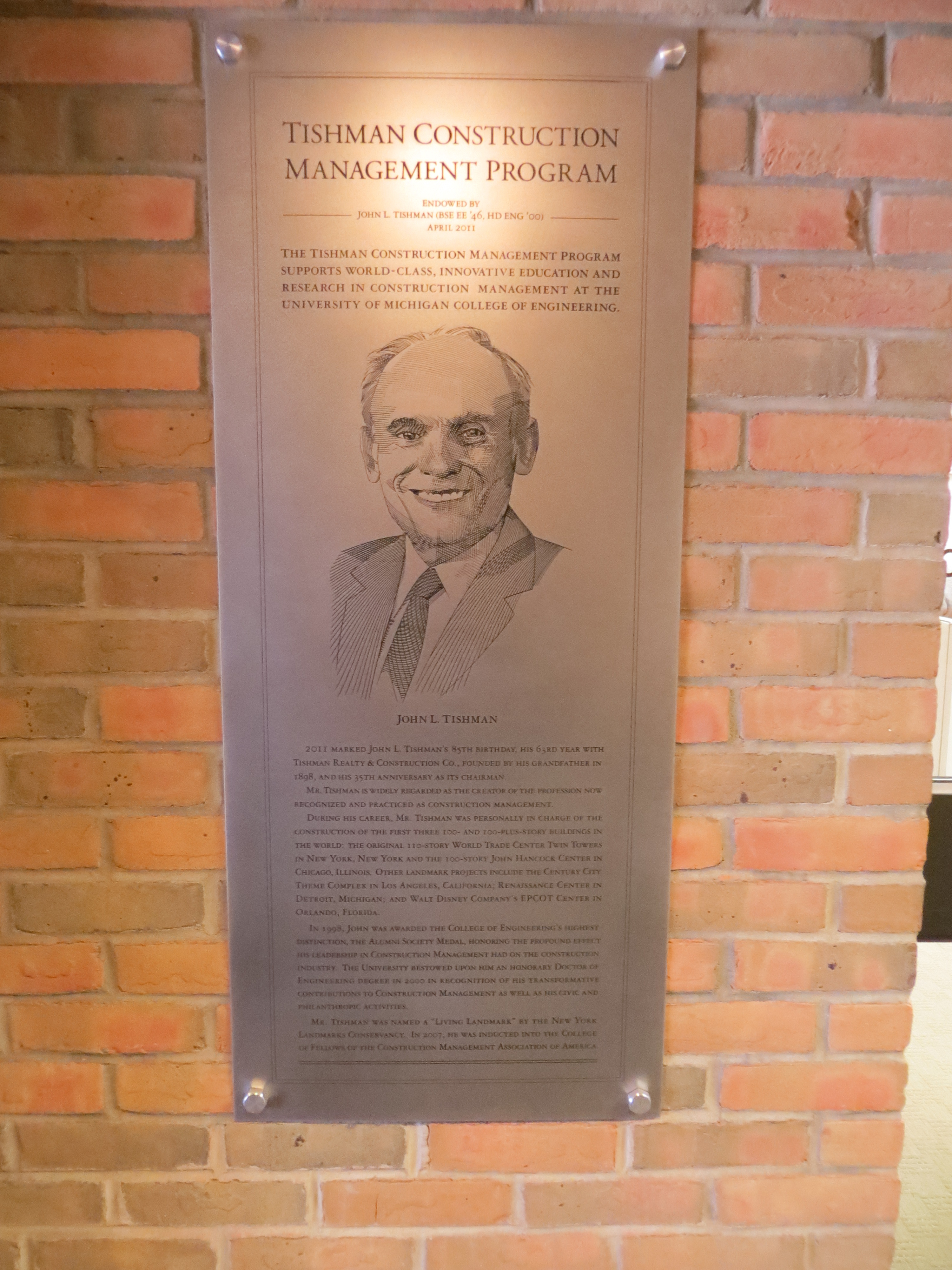 During his time at the helm of Tishman Construction, a company that his grandfather Julius started in 1898, Tishman (BSE EE ’46, DEng Hon ’00) erected the world’s first three buildings 100 stories and above: the John Hancock Center in Chicago and the World Trade Center’s twin towers. He did not stop there.

He built Madison Square Garden, the Detroit Renaissance Center, Disney’s $1-billion EPCOT Center and many others. He also revolutionized his entire industry by developing construction management, an inventive process in which one company carries out the tasks of project planning, design and construction in an integrated manner.

In addition to being a cutting-edge engineer, Tishman was an active and generous alumnus. In 1998 the College awarded Tishman the Alumni Society Medal, the most prestigious award the College can bestow on an alumnus. In 2000 he received an honorary degree from U-M to recognize his transformative contributions to construction management as well as his civil and philanthropic activities. The Tishman Endowment, a $5 million gift, allowed CEE to launch the Tishman Construction Management Program (TCMP) in 2011.

In 2013, a plaque honoring John L. Tishman’s legacy was placed in the entryway to the G.G. Brown building on North Campus.

The Civil and Environmental Engineering Department extends its condolences to the Tishman family.

His passing was covered in The New York Times, Los Angeles Times, Washington Post and CNBC.