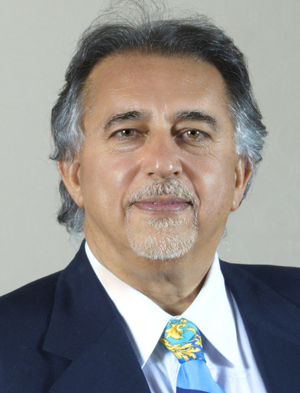 Dr. Mehdi Hatamin (MSE PHD EE ’78 ’82) has been elected to the National Academy of Engineering, class of 2016, “For contributions to development of integrated circuits for video, communications, and digital signal processing.”

Dr. Hatamian is Fellow and Chief Scientist – Central Engineering at Broadcom Ltd. He joined the company in 1996, and most recently held the title Senior Vice President of Engineering for Microelectronics. Broadcom is a global leader in wired and wireless communication semiconductors. After joining with Avago in 2015, the company was estimated to be the 3rd largest semiconductor supplier in the country, and 6th largest in the world.

Dr. Hatamian was part of the team at Broadcom that produced the very first gigabit transceiver to hit the market. He was elected IEEE Fellow for his contribution to the design of high-performance digital signal processors, now standard in networking electronics throughout the world. He is a Fellow of Broadcom Corporation, and recipient of the “#1 Patent Holder” award from Broadcom Corp. in 2005 and 2006. Currently, Mehdi holds 92 issued patents.

His professional career began while still a graduate student at Michigan, when he worked for NASA’s Space Shuttle program between 1978 and 1982. He developed hardware and software designs to support in-flight biomedical experiments. Upon receiving his degree in 1982, he joined Bell Laboratories, where he was a member of the Visual Communications Research and the VLSI Systems Research departments. He was named Distinguished Member of the Technical Staff in 1988. In 1991, he co-founded the company Silicon Design Experts (SDE), Inc., serving as Vice President of Technology.

Mehdi’s interest in biomedical electronics, sparked while a student studying under Professor Emeritus David Anderson, has found an outlet through his involvement in specialized startup and more established companies. He currently serves on the board of directors of Panacea Pharmaceuticals, Inc. and Pharmaco-Kinesis Corp.

Dr. Hatamian received the College of Engineering Alumni Merit Award for Electrical and Computer Engineering in 2008. “We are extremely proud to count Mehdi Hatamian as an alumnus and friend of the department,” said Khalil Najafi, Peter and Evelyn Fuss Chair of Electrical and Computer Engineering. “This recognition is highly deserved, and goes to an individual that will serve the Academy with distinction and great enthusiasm.