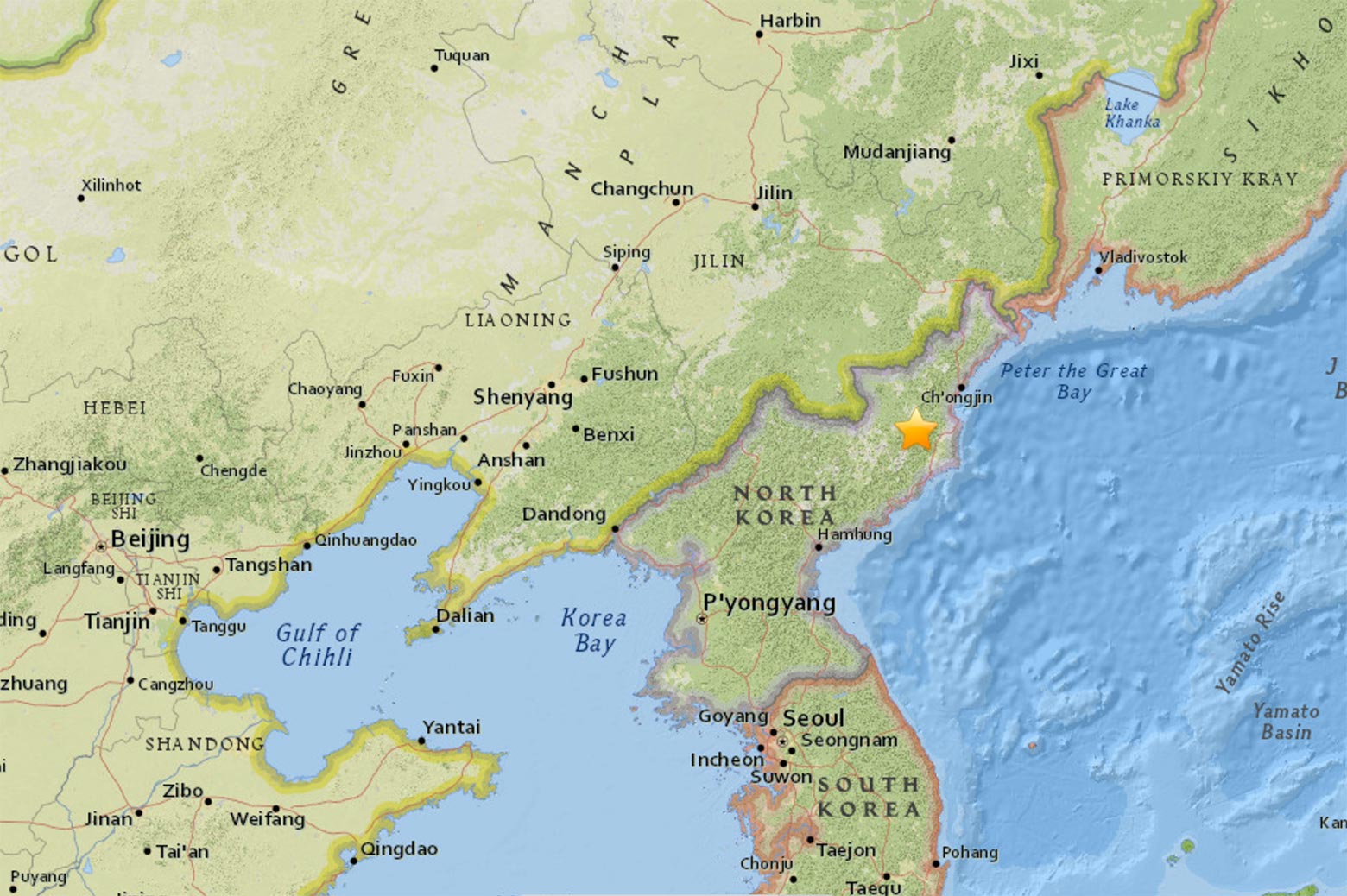 Researchers at the University of Michigan and collaborating institutions are studying the explosion that occurred in North Korea on January 6, 2016. North Korean officials claimed to have tested a thermonuclear weapon, also known as a hydrogen or “H” bomb, but earthquake measurements suggest that it was an ordinary atomic bomb.

Initial analyses of the seismological signals were carried out by Paul Richards and Won-Young Kim at Columbia University. Richards and Kim are members of the Consortium for Verification Technology (CVT), a $25 million project led by U-M that aims to prevent the spread of nuclear weapons. Coming in at 5.1 on the Richter scale, Richards and Kim said the blast was too small to have been an H-bomb.

H-bombs, which fuse hydrogen atoms together, are 100 to 1,000 times more powerful than bombs that only split (or fission) atoms, said Sara Pozzi, a professor of nuclear engineering and radiological sciences at U-M and leader of the consortium.

“For scale, the bombs on Hiroshima and Nagasaki were fission-only type bombs. For this reason it is important that North Korea does not develop the technology for an H-bomb,” said Pozzi.

John Lee, a professor of nuclear engineering and radiological sciences at U-M, is in the process of obtaining data from the International Monitoring System that may show the presence of radioactive atoms in the atmosphere. This could give more information about the composition of the bomb. Another consortium member, Milton Garces at the University of Hawaii, is acquiring infrasound data, or recordings of sound waves below the limits of human hearing, to learn more about the physical blast.

Members of the CVT will use the data collected about the recent explosion to improve the analysis of nuclear weapons tests and educate the next generation of nuclear nonproliferation experts.

The CVT is funded by the Defense Nuclear Non-Proliferation Research and Development office (DNN R&D) of the U.S. Department of Energy National Nuclear Security Administration under award #DE-NA0002534. The CVT consists of thirteen leading universities and nine national laboratories, working together to provide the research and development and human capital needed to address technology and policy issues in treaty-compliance monitoring. The underlying issues include nuclear nonproliferation and safeguards in support of the mission of the NNSA’s Defense Nuclear Nonproliferation Research and Development office.