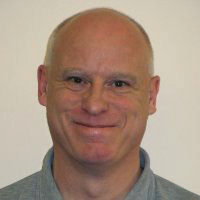 “I’m grateful for the strong technical foundation provided by my time at Michigan.” said Robert. “I hope my gift will help Michigan Engineering’s ECE department maintain its excellent standards.”

Graduate education is one of the key priorities for fundraising in the department. ECE has a large graduate student population, totalling nearly 700 students, who are pursuing either master’s or doctoral degrees. These students receive advanced training to tackle some of the biggest technological and health challenges facing society today, including cancer, sustainability, autonomous vehicles and robotic devices, agriculture, and safe infrastructure, as well as facilitating a connected society through the Internet of Things and developing the next generation of smart electronics.

Mr. Armantrout spent the first half of his career primarily at Hewlett-Packard where he focused on test and measurement for the wireless industry. He joined Agilent Technologies, a spinoff of HP, in 2000. Between 2003 and 2014 he worked in various capacities for Venture Corporation, including R&D Director for RF and Communications and General Manager of Communications. Since 2014, he has been a consultant at RedwoodRF, specializing in the wireless and RF domains.