EECS: Electrical and Computer Engineering
January 16, 2016
PsiKick's and other's IoT applications are what many consider to be the next wave of computing and the next driving force of the semiconductor industry.| Medium Read
Enlarge 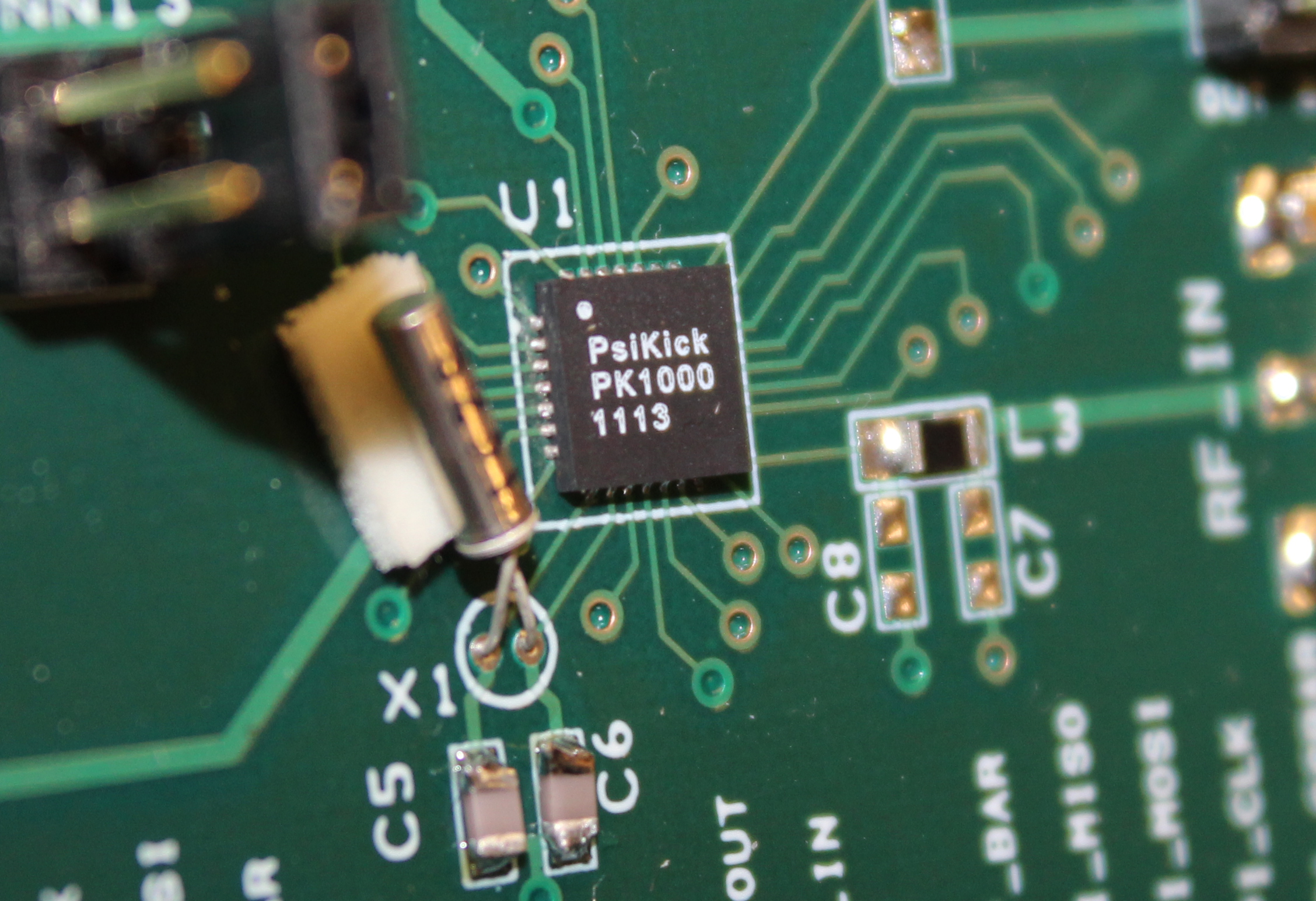 David Wentzloff is tired of batteries.

As far back as 2002, this low-power wireless circuits and systems specialist has pushed toward power consumption thresholds and energy harvesting technology that can operate systems forever. Now, he’s done it.

In 2012 he and longtime collaborator Ben Calhoun went commercial with PsiKick, a fabless semiconductor company that makes small power its business with batteryless, wireless systems-on-chips (SoCs). Thanks to its freedom from batteries, this small-power technology gives David the chance to make some very big plans.

“My dream for PsiKick is that we basically become the next Google of the sensed environment,” says David. “Imagine the ability to locate anything, and get environmental information anywhere, wirelessly, with no batteries. Imagine a Google of the physical world.”

What does it take to build a “Google of the physical world”? Well, start with trillions of tiny sensors embedded in everything you can think of – that elusive Internet of Things (IoT) the technology world has been hyping for so long. From there, you need a way to make it all communicate.

PsiKick has its eyes on that IoT prize, and within the next year the growing team of engineers wants to make it happen.

David and Ben began their work together as academic colleagues when they met in MIT’s grad program. When they returned as faculty to their respective alma maters – David to the University of Michigan, where he received his bachelor’s degree in electrical engineering in 1999, and Ben to the University of Virginia – they kept their projects going as university collaborations.

Before long the duo had built what would become an early proof of concept for their company: a small, wireless physiological monitor powered entirely by body heat. They decided to take the tech to the market.

Luckily, it was then they met their CEO, Brendan Richardson, an early-stage investor from Silicon Valley. Brendan had a great deal of experience getting startups off the ground – just the skillset PsiKick needed at this stage. The chip industry is crowded and difficult to break, but he couldn’t deny the value of what they had to offer.

“PsiKick has chips that operate on 1/1000th the power of the lowest chip out there,” Brendan says. “It’s not just for a very narrow application, it can enable anything. The market opportunity is almost infinite.”

So what are all these infinite applications PsiKick hopes to fill? 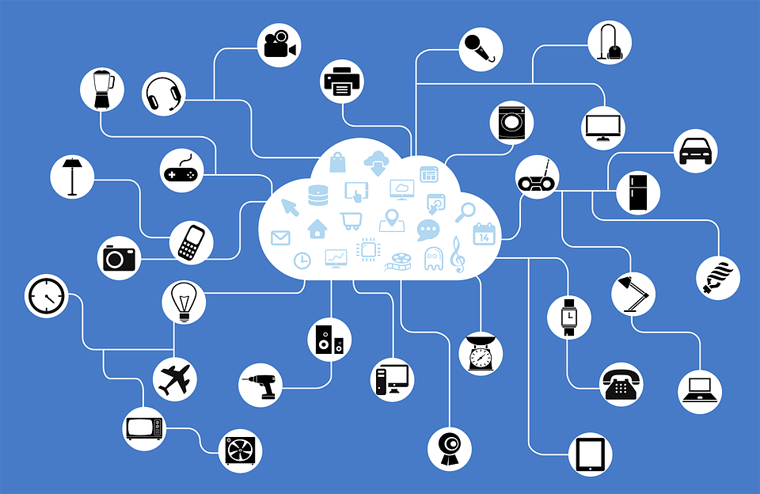 IMAGE:  The Internet of Things, powered by trillions of low-power sensors connected to each other and the Internet, would enable users to monitor their home, car, traffic, weather, health, and a plethora of other functions remotely. PsiKick wants to power this revolution with its batteryless systems-on-chips and wireless protocol.

“Well, that’s the billion dollar question,” says David. It’s a question that will ultimately be answered by consumers, and PsiKick’s technology will have to adapt to their needs. In order to pull this off, the company’s timeline in the coming year is ambitious.

Their short term goals are to get their first chip to market by mid-2016, and hire up to 50 employees (they currently employ about 26). Their first chip isn’t a full system – just a wake-up radio and energy harvester – but it’s enough to show off their capabilities and get capital flowing. The production version is in its qualification stage, and will be ready to demonstrate in January.

After that, PsiKick may show us what the future looks like.

By the end of 2016, David hopes to deliver a full wireless system of batteryless sensor nodes. This means an entire real-world sensing system – outfitting 2-3 different applications with multiple chips, packaged and operational, to show off what batteryless, wireless sensors can look like in practice.

Some of these applications may include agricultural, pipeline, and industrial monitoring, but for the first time completely battery-free. Wireless transmission means even gathering data becomes trivial.

But these applications are just the beginning.

From Wireless Sensing to Ubiquitous Computing with Psi-Fi

Pushing the state of the art of industrial sensing is important – but what can this technology do for the rest of the world?

This technology becoming ubiquitous could mean having remote access to immediate and accurate knowledge of what’s going on in your house – temperature, which appliances are running, what lights are on, or if a window’s been broken – or the up-to-the-minute status of every part in your car.

“It can vastly improve efficiency in everything we’re doing,” says Brendan. “If we’re successful, everything that you see will be PsiKick enabled in the future. It will have some intelligence or ambient awareness built into it and operate at a level of efficiency that’s undreamed of today.”

This same heightened efficiency can apply even to personal care – medical applications of wireless sensors span the imagination. Patients may be able to say goodbye to invasive diagnostic procedures, and quality monitoring of implantable devices would become as simple as standing near a wireless receiver.

These and other IoT applications are what many consider to be the next wave of computing and the next driving force of the semiconductor industry. And PsiKick wants a piece of that. Specifically, the company hopes to fill the technological gap in wireless communications that would enable a batteryless sensor network to function on a large scale.

“Nobody believes that Bluetooth or Wi-Fi are going to get us to a trillion sensors,” David explains. “That just means it’s an open field right now on the new technology that will get us there.”

Wi-Fi and Bluetooth work wonders for big chip-enabled devices like personal computers and smartphones. But those protocols use tens of milliwatts of power to function, which is too much power for batteryless devices. An entirely new protocol will be necessary to keep consumption on the order of microwatts.

David wants to fill that role with a new wireless protocol, affectionately dubbed “Psi-Fi.” Together with the company’s own SoC, this protocol would have to allow batteryless operation that scales to a large number of systems and connects to the Internet. In addition, he is working on a design for an ultrawideband transceiver in the company’s upcoming chip geared to consume a total of less than 30 microwatts.

Prof. Wentzloff, now serving as the company’s CTO, has set his aim high. As PsiKick systems begin to roll out, his vision of the future could bring change as fundamental as the Internet itself. 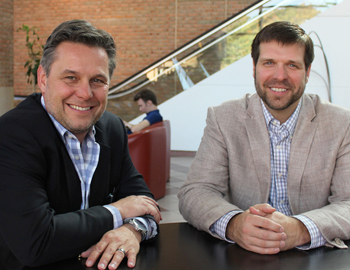 Brendan Richardson, PsiKick’s CEO, made a visit to campus in October, 2015 for a Wireless Integrated MicroSensing and Systems (WIMS2) group Industrial Advisory Board meeting. Brendan is an early-stage investor in Silicon Valley, with a history in semiconductor and optical component start-ups in the Valley and across Europe.

PsiKick is a fabless semiconductor company that specializes in batteryless, wireless systems-on-chip. Their systems incorporate energy harvesting, ultra-low power radios, sensing, and data processing onto a single chip that operates with 1/1000th the power of current market solutions.

PsiKick Raises $16.5M Series B Round to Power a Batteryless Revolution in the “Internet of Things” – Business Wire (12/23/15)

How can we really get to a trillion sensors to power the Internet of Things? – Phys.org (4/6/15)

These Energy-Saving, Batteryless Chips Could Soon Power The Internet Of Things – Forbes (9/17/14) 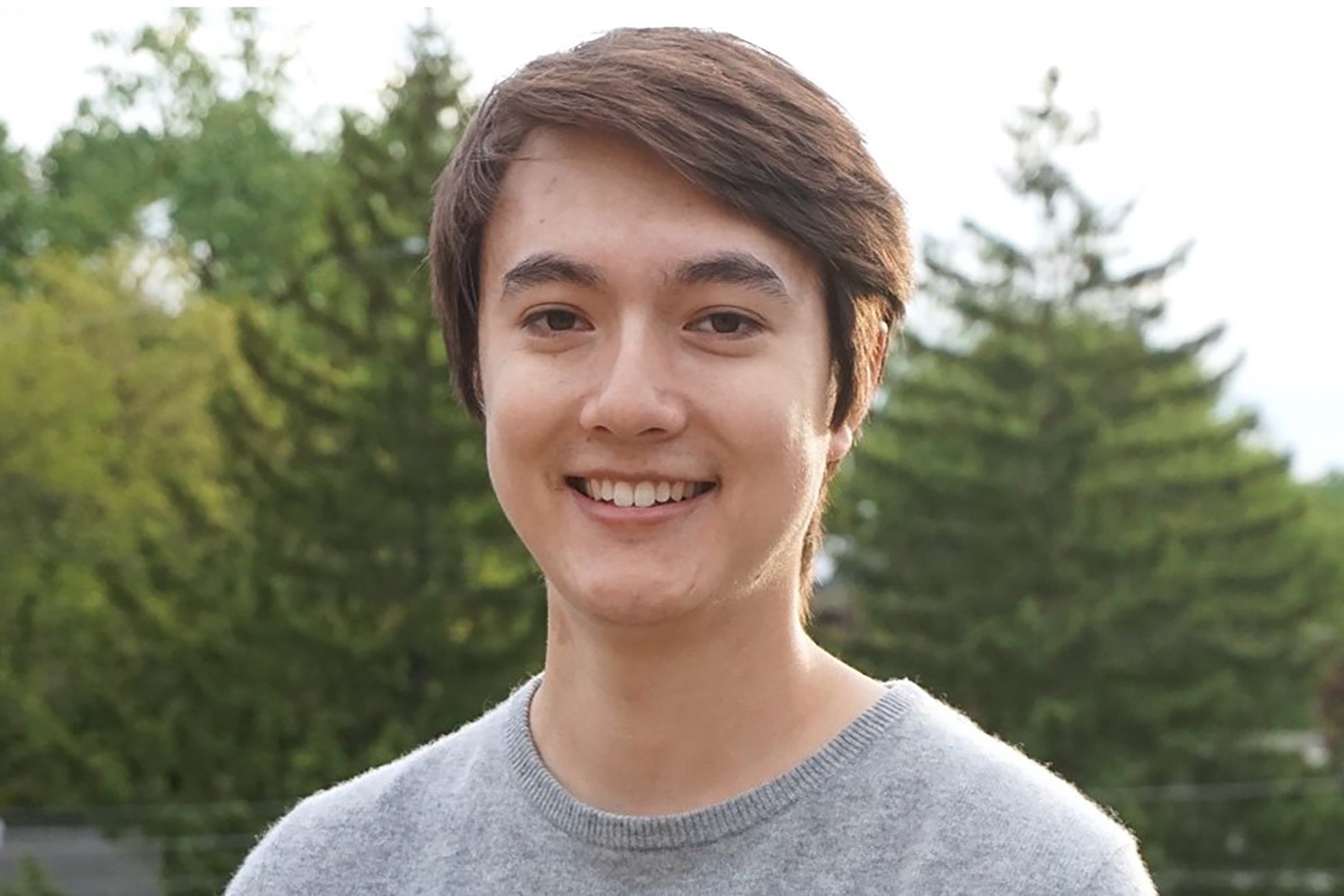 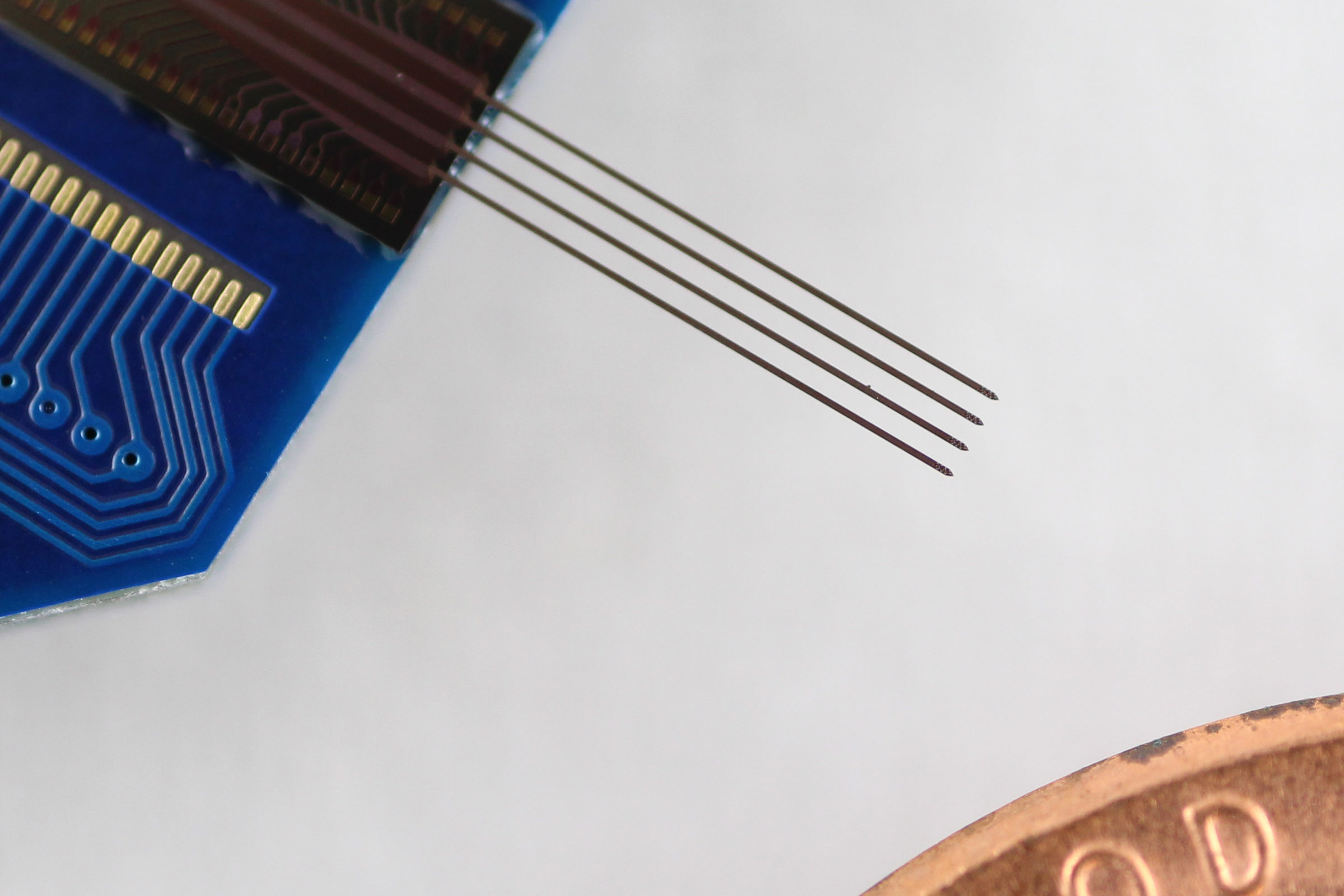 It will now be possible to study brain activity when timing is important, such as the consolidation of memory.| Medium Read 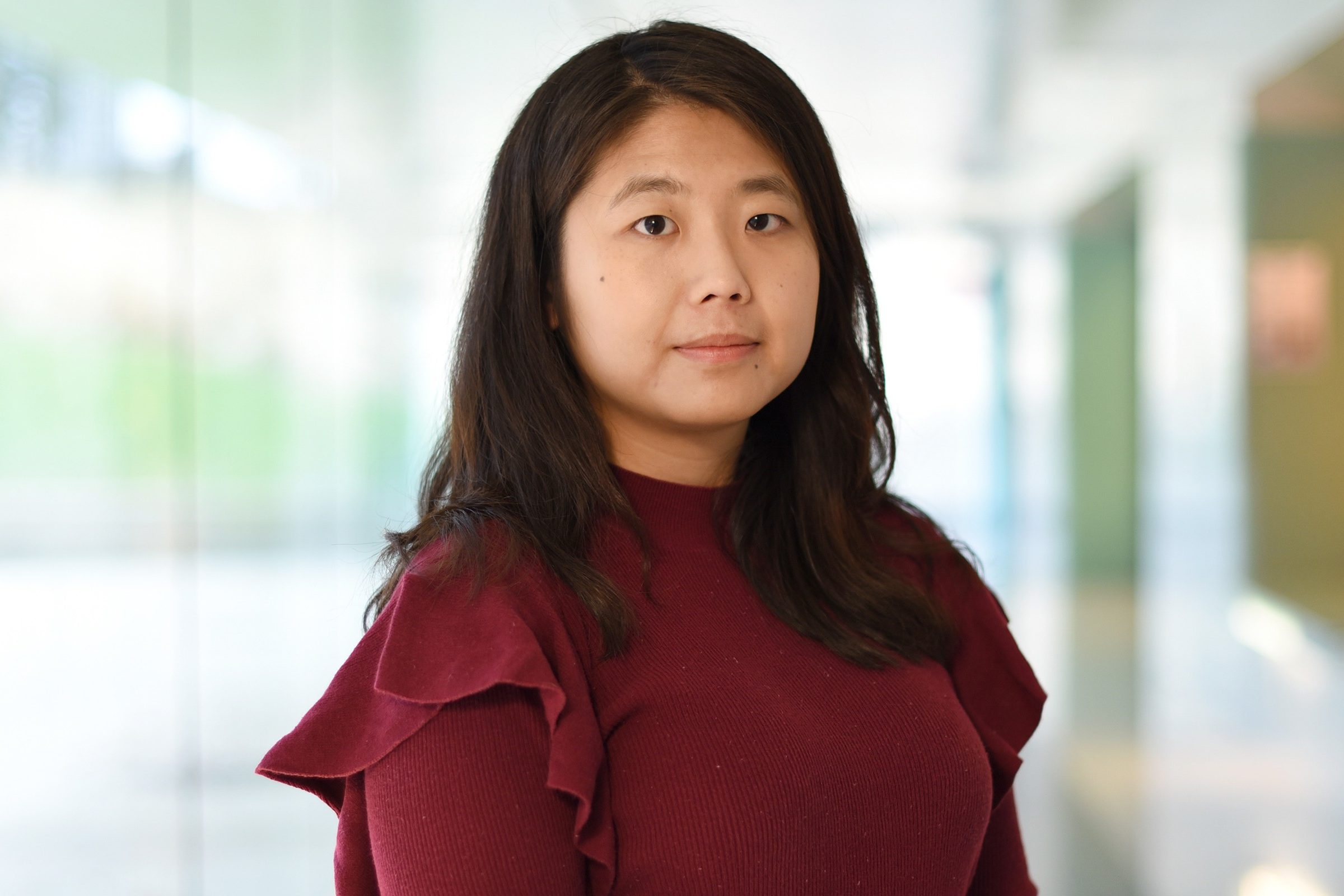