by Gabe Cherry
Michigan Engineering
December 4, 2015
A microscopic marine alga is thriving in the North Atlantic to an extent that defies scientific predictions, suggesting swift environmental change as a result of rising carbon dioxide in the ocean.| Medium Read
Enlarge 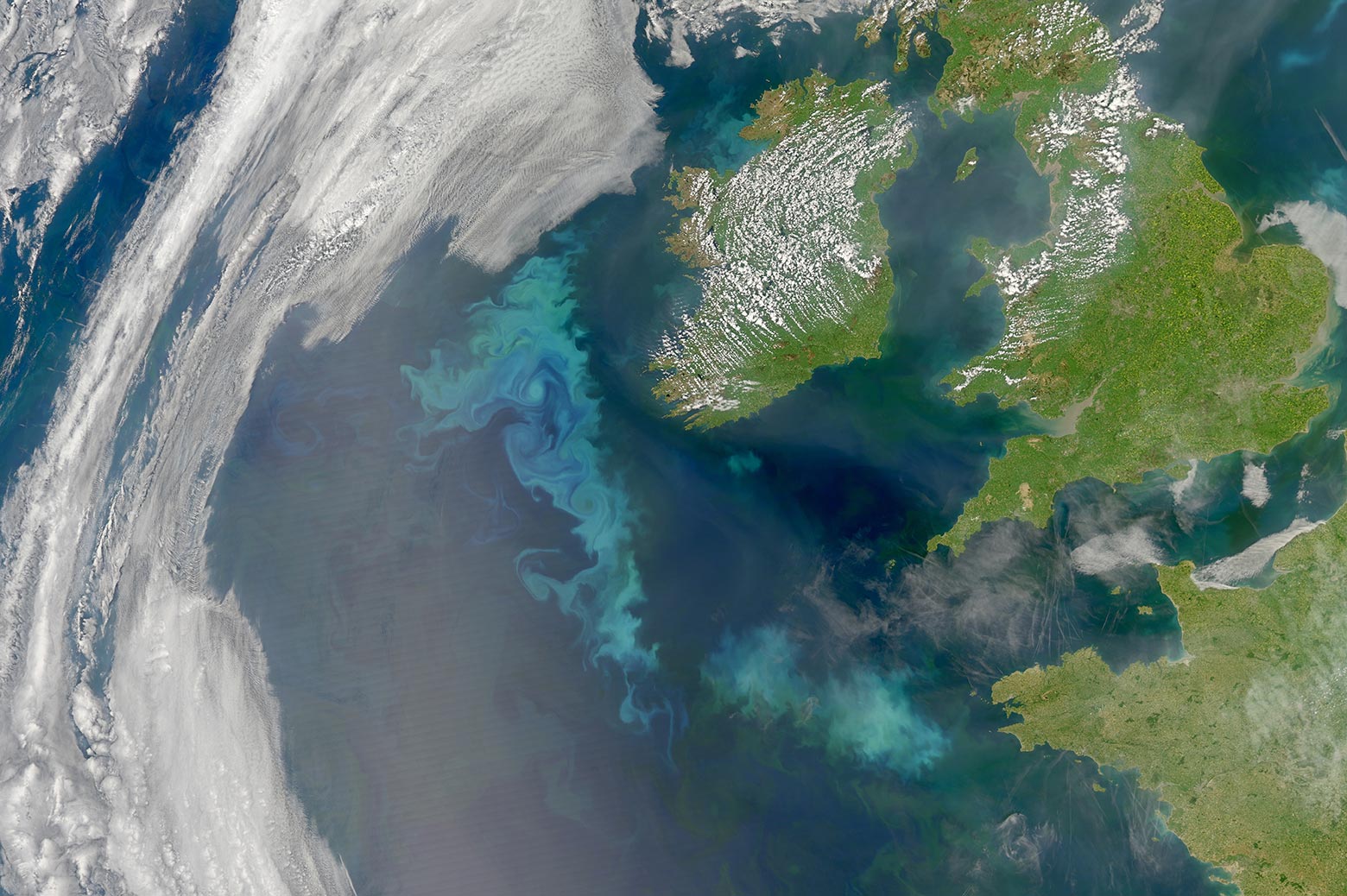 A microscopic marine alga is thriving in the North Atlantic to an extent that defies scientific predictions, suggesting swift environmental change as a result of rising carbon dioxide in the ocean, a study conducted by scientists at the University of Michigan and Johns Hopkins University has found.

What these findings mean remains to be seen, as does whether the rapid growth in the tiny plankton’s population is good or bad news for the planet.

Published Thursday in the journal Science, the study details a tenfold increase in the abundance of single-cell coccolithophores between 1965 and 2010, and a particularly sharp spike since the late 1990s in these pale-shelled floating phytoplankton.

“Something strange is happening here, and it’s happening much more quickly than we thought it should,” said Anand Gnanadesikan, associate professor in the Morton K. Blaustein Department of Earth and Planetary Sciences at Johns Hopkins and an author on the study. 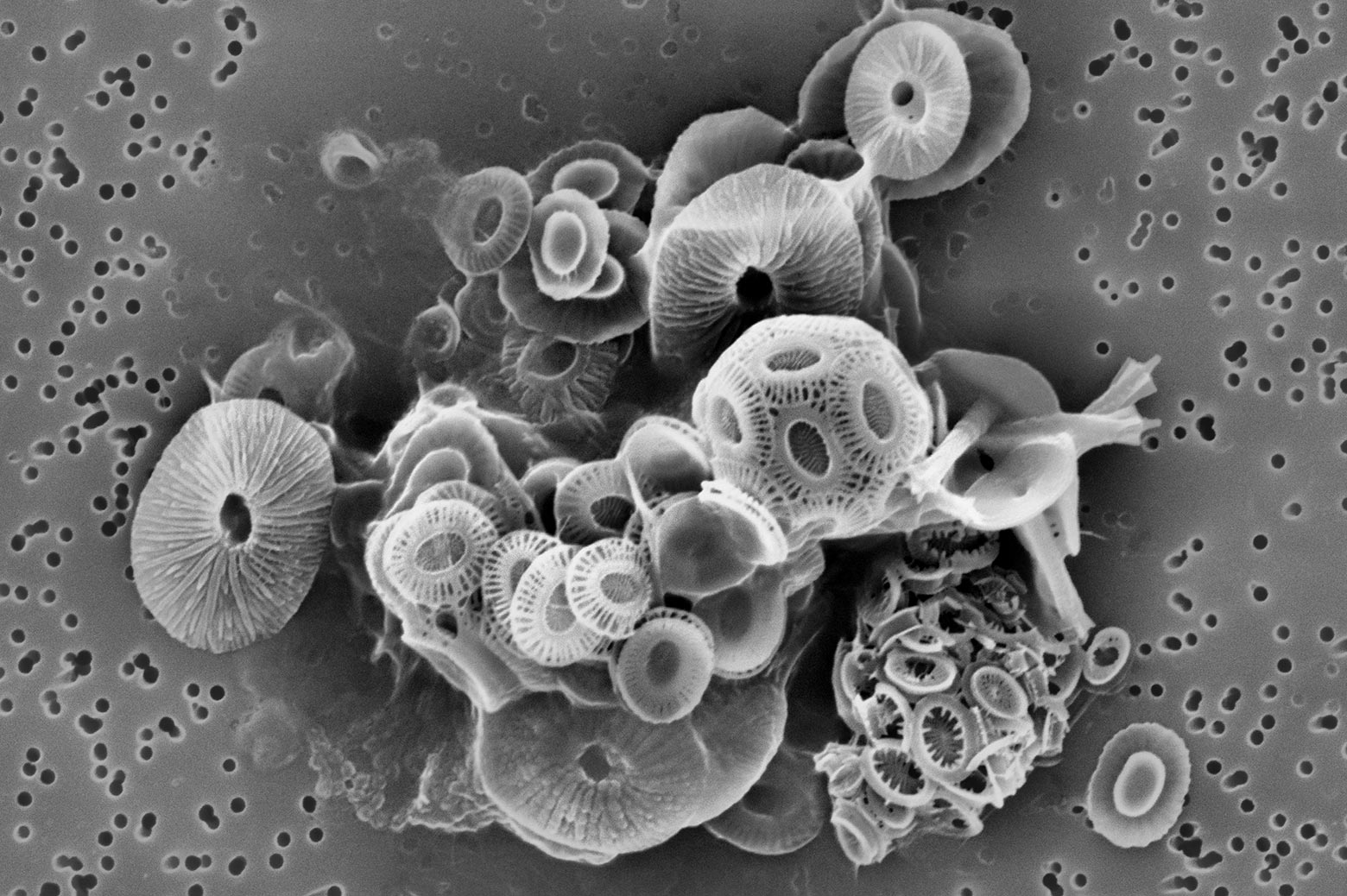 Gnanadesikan said the Science report certainly is good news for creatures that eat coccolithophores, but it’s not clear what those are. “What is worrisome,” he said, “is that our result points out how little we know about how complex ecosystems function.” The result highlights the possibility of rapid ecosystem change, suggesting that prevalent models of how these systems respond to climate change may be too conservative, he said.

The team’s analysis of data taken from the North Atlantic Ocean and North Sea since the mid-1960s by the Continuous Plankton Recorder survey suggests rising carbon dioxide in the ocean is causing the coccolithophore growth spike. A stack of laboratory studies supports the hypothesis. Carbon dioxide is a greenhouse gas already blamed by scientific consensus as one of the triggers of global warming.

The Continuous Plankton Recorder survey is a continuing study of plankton – floating organisms that form a vital part of the marine food chain – launched by a British marine biologist in the North Atlantic and North Sea in the early 1930s. The survey is conducted by commercial ships trailing mechanical plankton-gathering contraptions through the water as they sail their regular routes.

The work began as a class project in a course taught by Seth Guikema, who is now an associate professor of industrial and operations engineering at the University of Michigan, but was previously at Johns Hopkins.

Guikema’s statistical modeling contribution helped zero in on how big a role carbon dioxide played in the algae growth. The ocean is an extremely complex system.

“I think the degree to which coccolithophores abundance increased rapidly is unexpected, and the relationship to CO2 was a bit of a surprise given the potential mitigating influence of ocean acidification.” 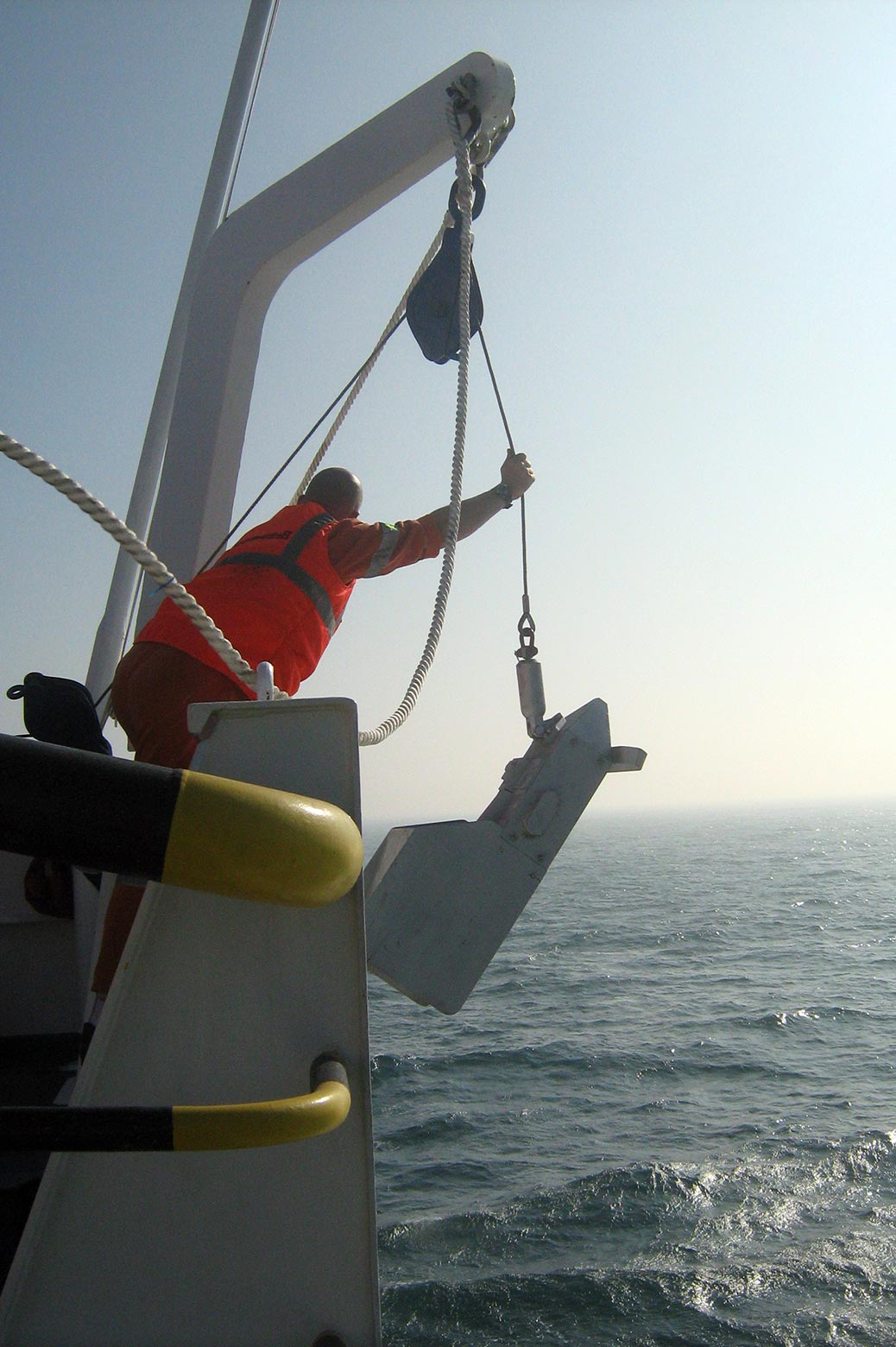 William M. Balch of the Bigelow Laboratory for Ocean Sciences in Maine, a co-author of the study, said scientists might have expected that ocean acidity due to higher carbon dioxide would suppress these chalk-shelled organisms. It didn’t. On the other hand, their abundance is consistent with their history as a marker of environmental change.

“Coccolithophores have been typically more abundant during Earth’s warm interglacial and high CO2 periods,” said Balch, an authority on the algae. “The results presented here are consistent with this and may portend, like the ‘canary in the coal mine,’ where we are headed climatologically.”

In vast numbers and over eons, coccolithophores have left their mark on the planet, helping to show significant environmental shifts. The White Cliffs of Dover are white because of massive deposits of coccolithophores. But closer examination shows the white deposits interrupted by slender, dark bands of flint, a product of organisms that have glassy shells made of silicon, Gnanadesikan said.

“These clearly represent major shifts in ecosystem type,” Gnanadesikan said. “But unless we understand what drives coccolithophore abundance, we can’t understand what is driving such shifts. Is it carbon dioxide?” 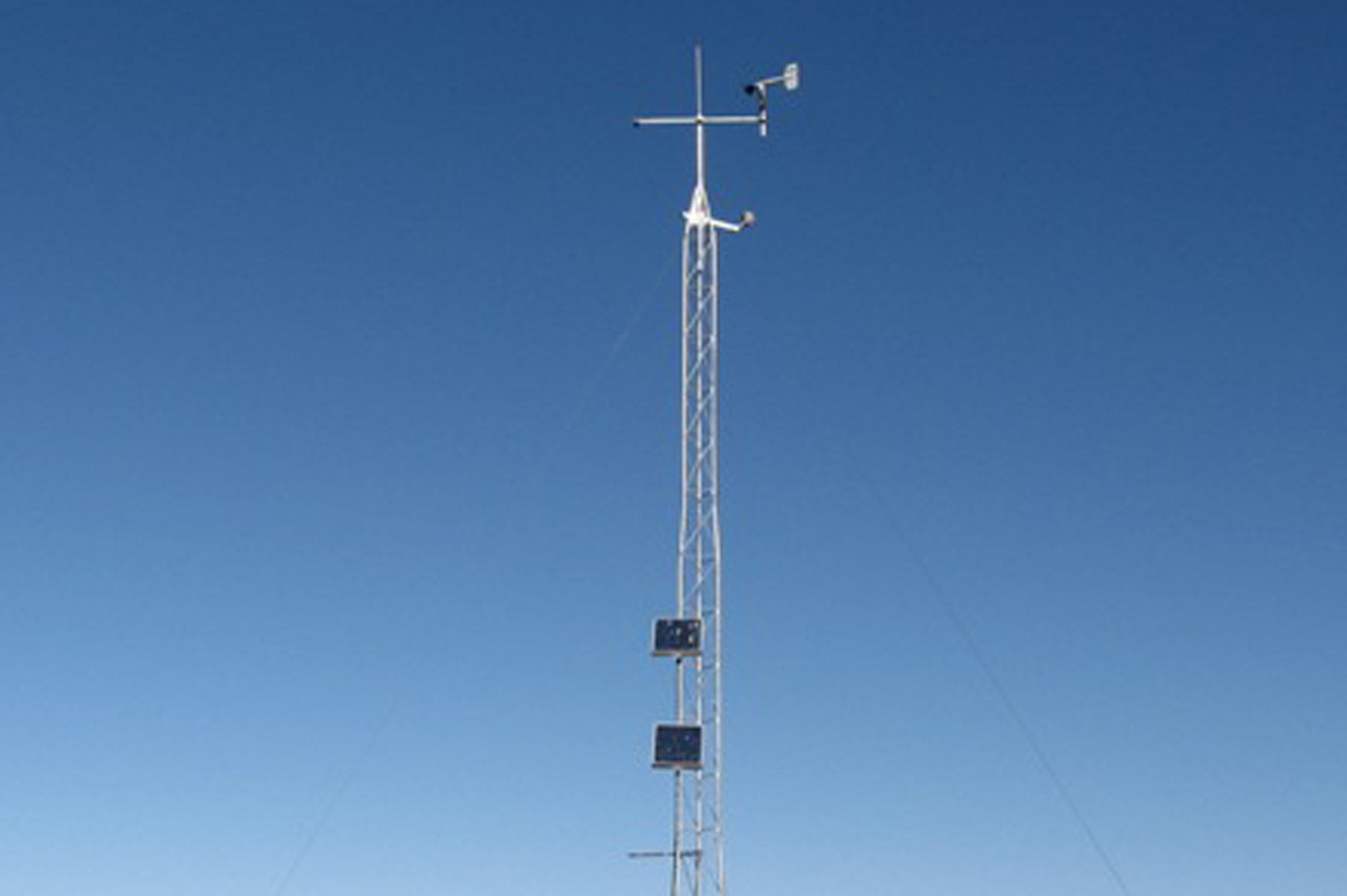 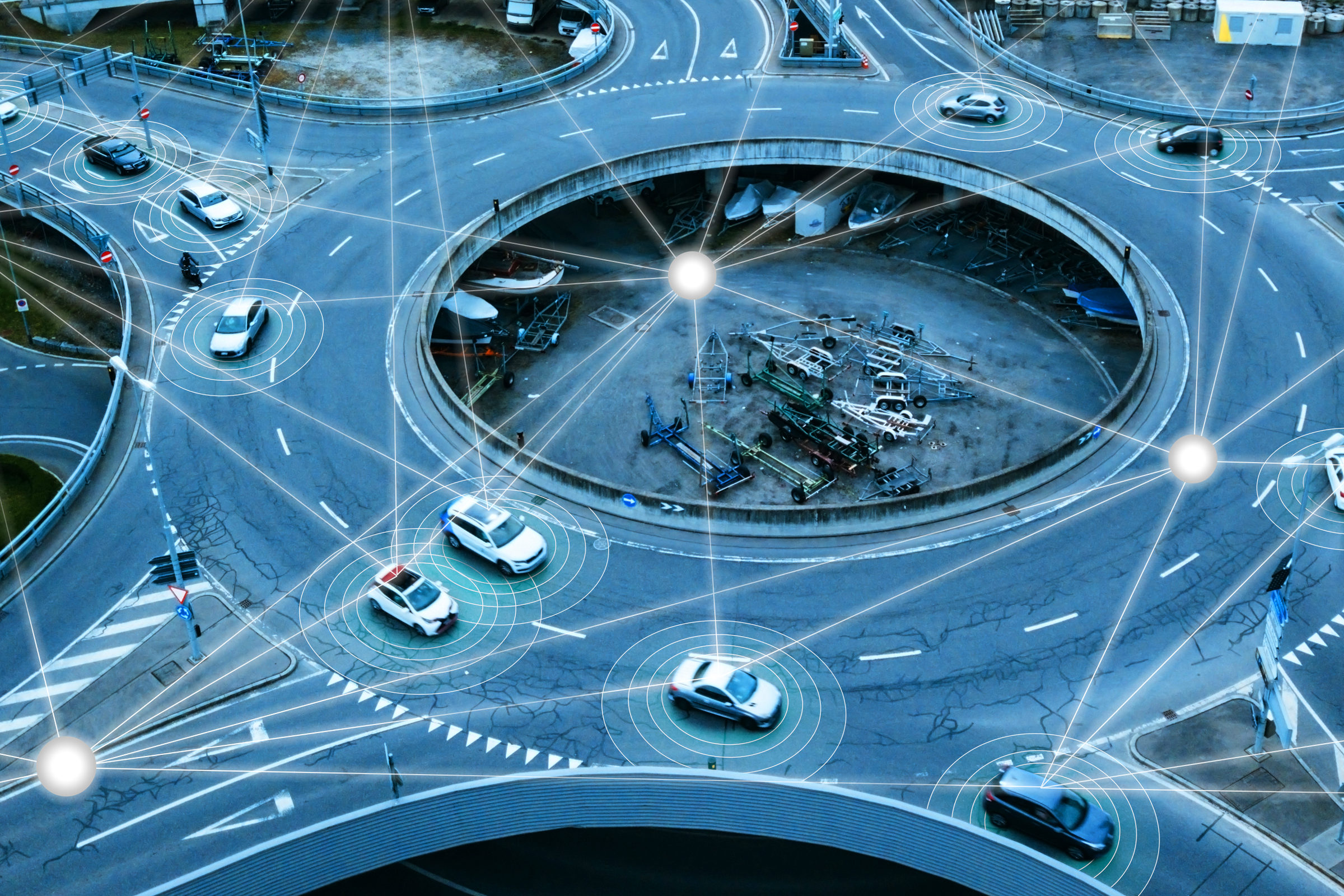