Experiencing the future of NASA

by Alexis Stempien
Aerospace Engineering
December 22, 2015
Standing on the floor of NASA’s infamous Vehicle Assembly Building, however – the same floor where Apollo Saturn Vs and Shuttle rockets were assembled – I was struck not by worry, but by awe. | Medium Read

I often worry that, to most of the world, NASA died after Apollo 11. Even the most disinterested student at least knows that humanity landed on the moon, but what about the rest? When the world thinks NASA, I fear they remember only the beginning… and the budget cuts.

Standing on the floor of NASA’s infamous Vehicle Assembly Building, however – the same floor where Apollo Saturn Vs and Shuttle rockets were assembled – I was struck not by worry, but by awe. Instead of wishing only that the world would notice the past and present, I longed for them to experience this taste of the future.

…but first, the beginning.

In 2009, NASA founded what would eventually become NASA Social. To bring the public into their work, NASA Social invites social media users to come behind-the-scenes of events closed to the public, like press conferences or rocket launches – experiences closed to the public. Earlier this fall, they released an application to go backstage at Kennedy Space Center for the launch of a resupply mission to the International Space Station (ISS). As the social media coordinator for the Aerospace Engineering department, I optimistically applied and was astonished to find that I had been accepted.

Ultimately, this is how, with the shadow of Finals Week looming over me, I found myself standing on the floor of the Vehicle Assembly Building (VAB) watching, of all things, construction work.

As it turns out, Kennedy Space Center is not a museum to history. The VAB is not a towering testament to days gone by, and the launch pads are not reminders of stale missions. Instead, a hum of something different lingers in the air…

At Kennedy, new glory days are about to be born.

Unfortunately, NASA has been unable to launch astronauts from American soil since the Shuttle program ended in 2011; instead, we’ve been spending millions to buy rides to orbit with Russia. Soon, however, that will change.

Although the commercial space industry has been around since the 1960s, it is entering a new era. Not only are companies like Boeing, Blue Origin, United Launch Alliance (ULA), and SpaceX working toward a taste of the heavens, but they are doing this together with NASA, and this is nowhere as evident as with NASA’s Commercial Crew Program.

The Commercial Crew Program (CCP) is a joint venture with multiple companies to once again launch Americans from U.S. soil. Though NASA has always used contractors, the CCP allows them to work more directly with these companies, and the companies in turn operate their own spacecraft and infrastructure.

Soon, in 2017, the CCP will send astronauts to space once more on a new rocket: SLS, or Space Launch System. SLS is the most powerful rocket NASA has ever created, and they will use it to send astronauts to the ISS, Mars, and perhaps beyond.

A Taste of Things to Come

In light of this, Kennedy is abuzz with anticipation. As I travelled with NASA Social through its 140,000 acres, exploring launch pads and meeting engineers, there was energy everywhere. The entire facility is wrapped in that feeling of a child on Christmas Eve: the feeling that something beautiful is coming – something wonderful – and that it is about to arrive.

When the resupply mission finally launched December 6th (three days late thanks to the weather), it was the first commercial cargo mission ever sent to the ISS. With a rocket by ULA, a space craft by Orbital ATK, and payloads from around the country – including a CubeSat, CADRE, created by U-M’s Michigan Exploration Laboratory-Strato and led by Associate Professor Jamie Cutler – it marked a momentous step in this new space age.

Despite any doubt, the future of NASA is bright. To see construction workers scurrying about preparing for SLS… to see that all up close was entirely magical, and those preparations are not the only things happening at Kennedy. Swamp Works (Kennedy’s equivalent to the Lockheed Martin Skunk Works) has developed 3-D printers that craft buildings out of moon dust. Scientists are helping astronauts grow lettuce and tomatoes in space. Engineers are creating new oxygen/nitrogen tanks and satellites to study the atmosphere and more – everywhere I looked, there was always more.

Spend a moment in the halls of Aerospace Engineering’s François-Xavier Bagnoud Building, and you’ll find this enthusiasm among all of the aerospace majors – but, perhaps strangely, I’m not studying aerospace at all. When I graduate this spring, my degree will actually come from the Psychology department, and perhaps that’s a testament to how beautiful space exploration really is. After all, it doesn’t take an engineer to see the beauty of creation. Even artists have always been captivated by the stars – so why can’t we all be, if only for a moment?

Space, after all, is not just for rocket scientists. For engineers and artists, scientists and schoolteachers, a grand, human adventure waits just beyond the horizon – but with the work NASA is doing today, maybe adventure has already begun.

You can read more about my trip to NASA’s Kennedy Space Center by following @MichiganAero on Twitter. My trip would not have been possible without the generosity of the Aerospace Special Fund, and to all those who have contributed, I wish an extremely special thank-you. 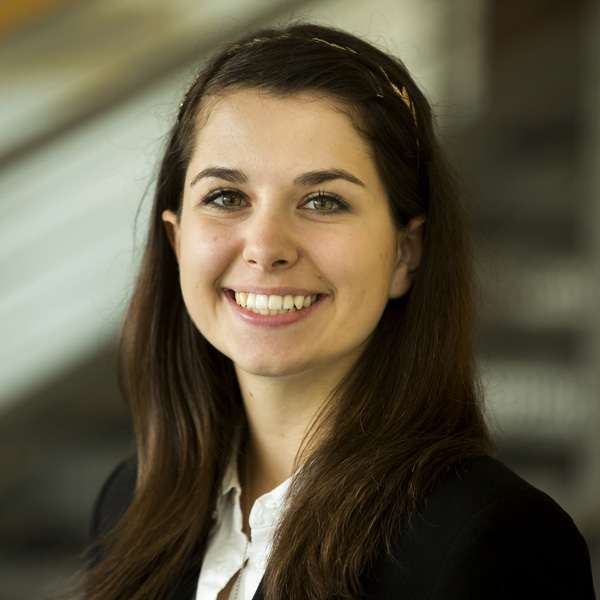 Dr. James Cutler discusses CubeSats and the role of U-M in their development.| Medium Read