EECS: Electrical and Computer Engineering
November 4, 2015
Dahod has combined an understanding of technology with a knack for recognizing market opportunities and built a string of successful technology companies.| Short Read

Dahod has combined an understanding of technology with a knack for recognizing market opportunities on the horizon and built a string of successful technology companies. Based on his latest venture, Altiostar Networks, look for interesting days ahead for LTE communication.

Dahod, who earned five college degrees from five different universities, founded Applitek Corporation in 1981 and the company went on to develop the first cable modem. After selling Applitek, he founded Sigma Network Systems, a leader in multi-layer, multi-protocol switching systems. Next came NetCore Systems, which produced large-scale, high-performance switching products for telecommunications carriers and ISPs . NetCore was acquired by Tellabs in 1999.

In 2000 he co-founded Starent Networks, which designs and develops equipment that’s made wireless networks capable of things like sending email and streaming television. Starent was acquired by Cisco in 2009 for a reported $2.9B. 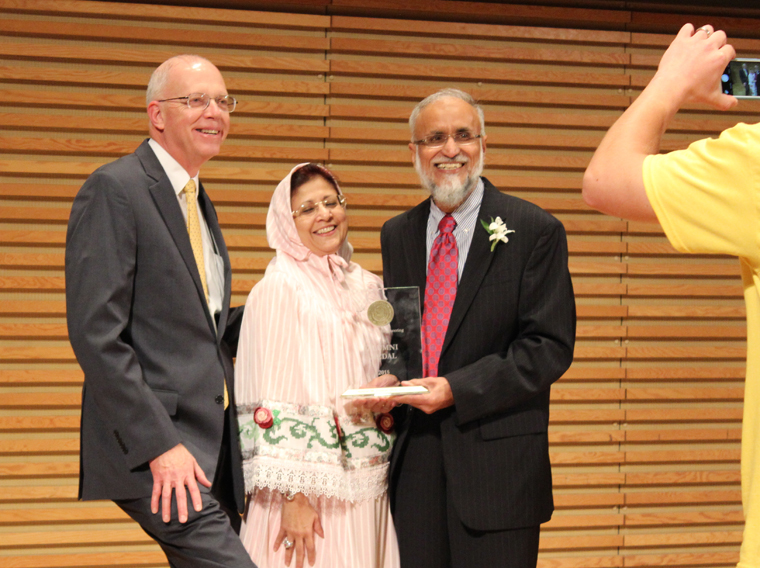 IMAGE:  Everyone wanted a picture of the winner, his wife, and the Dean (David C. Munson, Jr.)!
Explore:AlumniAwardsEECS: Electrical and Computer EngineeringElectrical Engineering and Computer ScienceEntrepreneurshipWireless Systems