EECS: Electrical and Computer Engineering
November 25, 2015
This is the highest award given by the Signal Processing Society, and honors outstanding technical contributions in the field. | Short Read
Enlarge 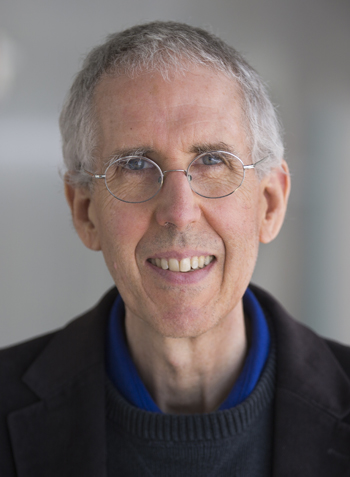 Alfred Hero, R. Jamison and Betty Williams Professor of Engineering, has received the 2015 IEEE Signal Processing Society Award, “for contributions to the field of statistical signal and image processing and for sustained service to the Society.” This is the highest award given by the Signal Processing Society, and honors outstanding technical contributions in the field, as well as outstanding leadership.

With his group, Al builds foundational theory and methodology for data science and engineering. Their projects develop theory and algorithms for data collection, analysis, and visualization that use statistical machine learning and distributed optimization. These findings are then applied to a variety of problems, including network data analysis, personalized health, data-driven physical simulation, materials science, dynamic social media, and database indexing and retrieval.

Prof. Hero is Co-Director of the Michigan Institute for Data Science (MIDAS), and holds appointments in the Department of Biomedical Engineering and the Department of Statistics. He is also affiliated with the Center for Computational Medicine and Bioinformatics (CCMB), and the Graduate Program in Applied and Interdisciplinary Mathematics (AIM).

An outstanding leader in his profession, Al has served on the Board of Directors of IEEE (2009-2011) as Director of Division IX (Signals and Applications), and he served as President of the IEEE Signal Processing Society (2006-07). From 2008 to 2013 he held the Digiteo Chaire d’Excellence at the Ecole Superieure d’Electricite in France. He is a member of the Big Data Special Interest Group (SIG) of the IEEE Signal Processing Society, and since 2011 he has been a member of the Committee on Applied and Theoretical Statistics (CATS) of the U.S. National Academies of Science. These are just a few of the leadership positions he has held. He has also chaired or co-chaired numerous Society workshops and conferences, and served on the editorial boards of the IEEE Transactions on Information Theory (1995-1998, 1999), the IEEE Transactions on Computational Biology and Bioinformatics (2004-2006), and the IEEE Transactions on Signal Processing (2002, 2004).

He co-authored the textbook, Foundations and Applications of Sensor Management in 2008, and is co-editor of the book Big Data Over Networks, due out in early 2016. Prof. Hero has published more than 450 journal and conference papers, has 4 patents, and is a Fellow of IEEE.

Prof. Hero will be presented with the award at the International Conference on Acoustics, Speech, and Signal Processing (ICASSP 2016) in Shanghai, China.