Michigan Engineering
October 22, 2015
In one of the closest World Solar Challenges in the history of the 1,800-mile sun-powered auto race, the University of Michigan was the first American team to cross the finish line today.| Short Read
Enlarge 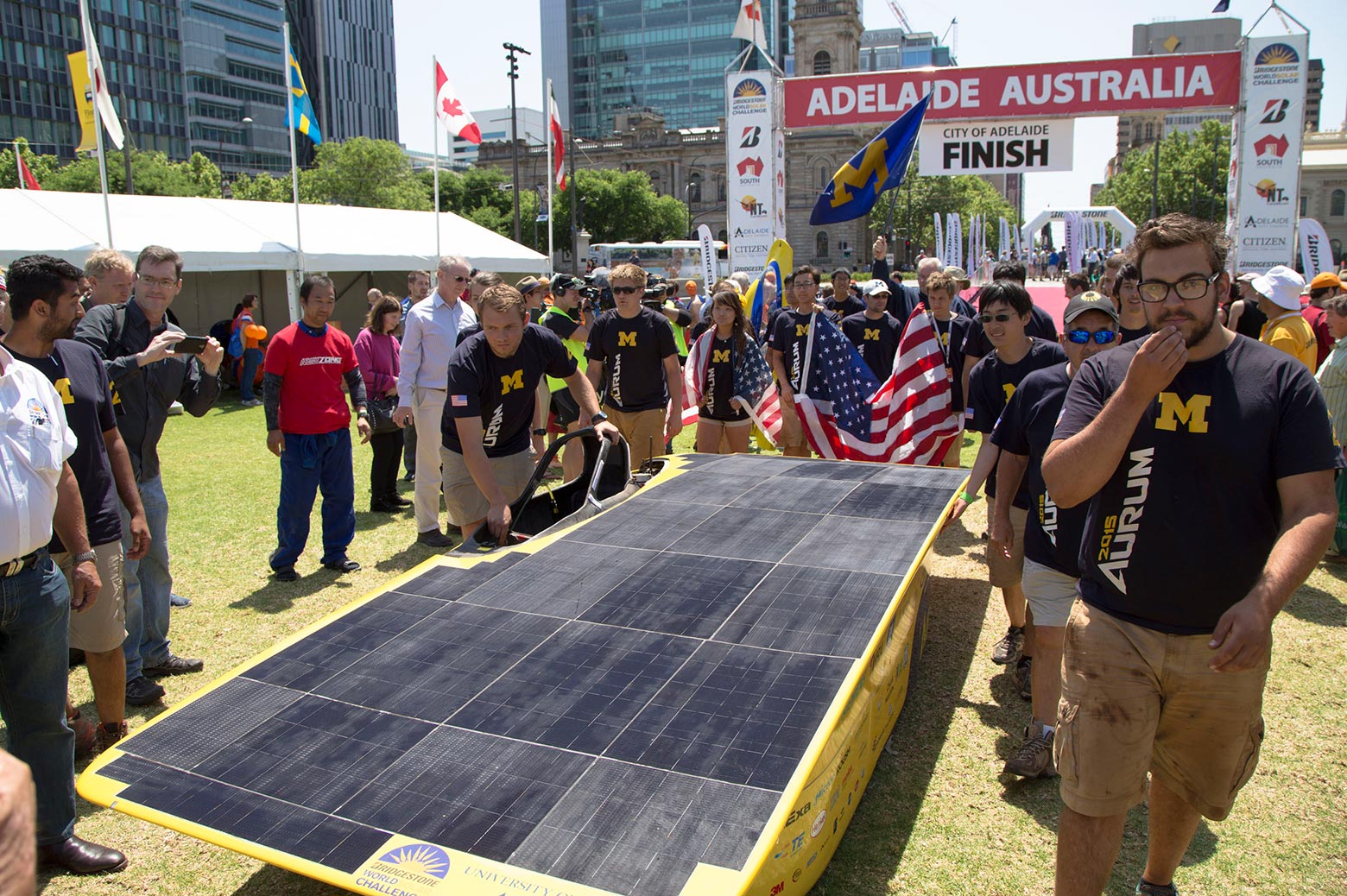 IMAGE:  The U-M Solar Car Team celebrates its fourth place finish in Adelaide at the finish of the 2015 Bridgestone World Solar Challenge.

In one of the closest World Solar Challenges in the history of the 1,800-mile sun-powered auto race, the University of Michigan was the first American team to cross the finish line today.

The sleek maize and blue “Aurum,” which students designed and built, took fourth place overall out of 29 teams in its class. Michigan hung onto third until the last 30 miles.

Aurum hustled from Darwin on Australia’s northern coast to Adelaide in the south. After four-and-a-half days of racing and sleeping in campsites by the side of the Stuart Highway, the car crossed the end of timing around noon local time Thursday, Oct. 22 (9:30 p.m. ET, Wednesday, Oct. 21, in Michigan).

Aurum’s total time was 34 hours, 15 minutes, 25 seconds. The team lost third place by less than 4 minutes. First and second were decided by a similar small margin.

“I’m proud that we kept it this close,” said head strategist Leda Daehler, who studies computer science and engineering. “It was so, so close. Any little mistake made a difference, and this year we had a couple mistakes that added up. Other years, they might not have mattered. But I’m proud of this car we built. And I’m proud of everyone on the team. We did a great job.”

A pair of Dutch teams—Nuon from Delft University of Technology and Twente from the University of Twente—nabbed first and second place. Nuon, a perennial favorite, won the last biennial world race in 2013. Twente, whose university threatened to pull funding if it didn’t bring home gold, raced like it was fighting for survival. Mere minutes separated the top two teams at the finish. Along the way, officials at the mandatory control stops had to start clocking seconds between their arrivals. In other years, only minutes mattered.

Third place went to the Japanese powerhouse Tokai University, which has beaten Michigan in every race since it became a strong contender in 2009. U-M students thought they had a good chance to beat Tokai this year. Its Challenger car trailed Aurum most of the race, often by more than 12 miles. But on the final day, Tokai closed the gap, traveling near the speed limit of 68 mph while Michigan was forced to go closer to 55 because of a cloudy morning charge and a motor problem that developed on the road during the last race day.

The U-M team ended the first day of the race in the lead—a rare feat for a Michigan team, if not a first. The students were cautiously optimistic, and insisted they were running their own race independent of their rivals.

The tide turned on the morning of day 2, with both Dutch teams passing Aurum. Michigan kept pace just minutes behind them. 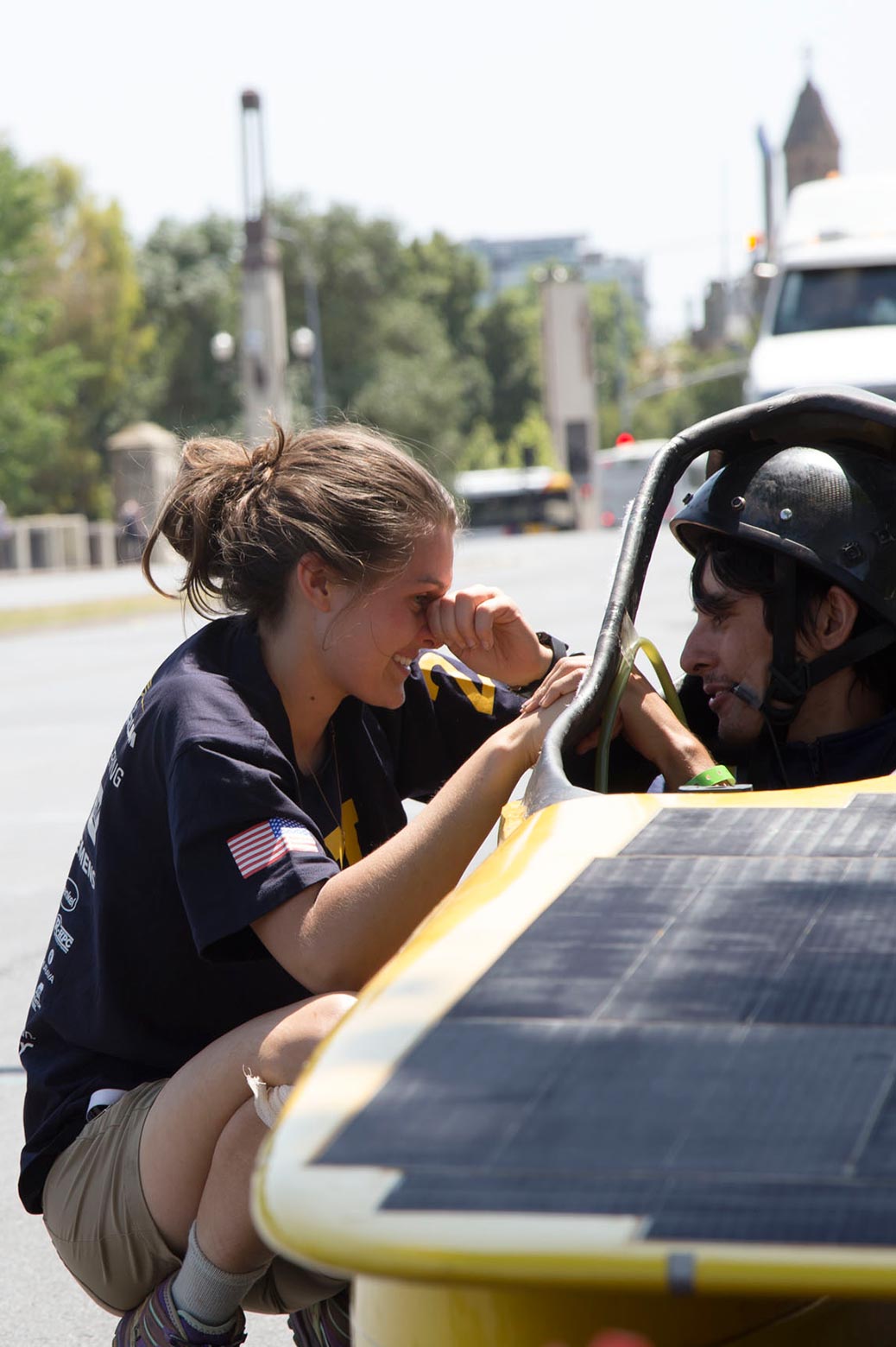 IMAGE:  The U-M Solar Car Team celebrates its fourth place finish in Adelaide at the finish of the 2015 Bridgestone World Solar Challenge.

But on the afternoon of the third day, data showed that Aurum had started using more energy than expected. The team pulled off into the red dirt on the side of the road to investigate. They spent only minutes checking, but they couldn’t find the problem. With about two hours to go until camp, they got back on the road, but had to cut their speed to about 50 mph. The leaders pulled ahead.

Camp that night was tense. Winds gusted up to 25 mph in the wide open Outback while the students worked to steady the solar array to charge it and set to work finding the problem. They discovered that a fender had come out of alignment and was rubbing against a tire as it spun. They fixed it and on day 4, Aurum ran fast and smooth, adding time between it and Tokai. Third seemed imminent.

At Tokai’s camp, the team strategized about how to beat Michigan, said its team translator Ahmed Ashour.

“We didn’t think there was a way,” Ashour said.

And yet, Challenger pulled to the finish ahead of Aurum. For Michigan at race end, there were tears and hugs, words of disappointment and encouragement.

As national champions with a 25-year legacy, the team had higher ambitions than fourth place. U-M Solar Car teams have finished third in this world race five times in the past quarter century.

As all groups do, this one arrived in Australia with its eyes on first. They improved the aerodynamic efficiency of their last car by 20 percent. They used solar concentrators to boost the amount of energy they’d get from the sun. And they partnered with IBM Research to bring obtain advanced forecasts of the amount of energy the sun would provide.

Regardless of who got to Adelaide ahead of Aurum, the team built a car that drove 1,800 miles powered only by the sun.

“They made it,” said long-time team sponsor and College of Engineering alum Chuck Hutchins. “That’s the most important part. The team did a wonderful job.” 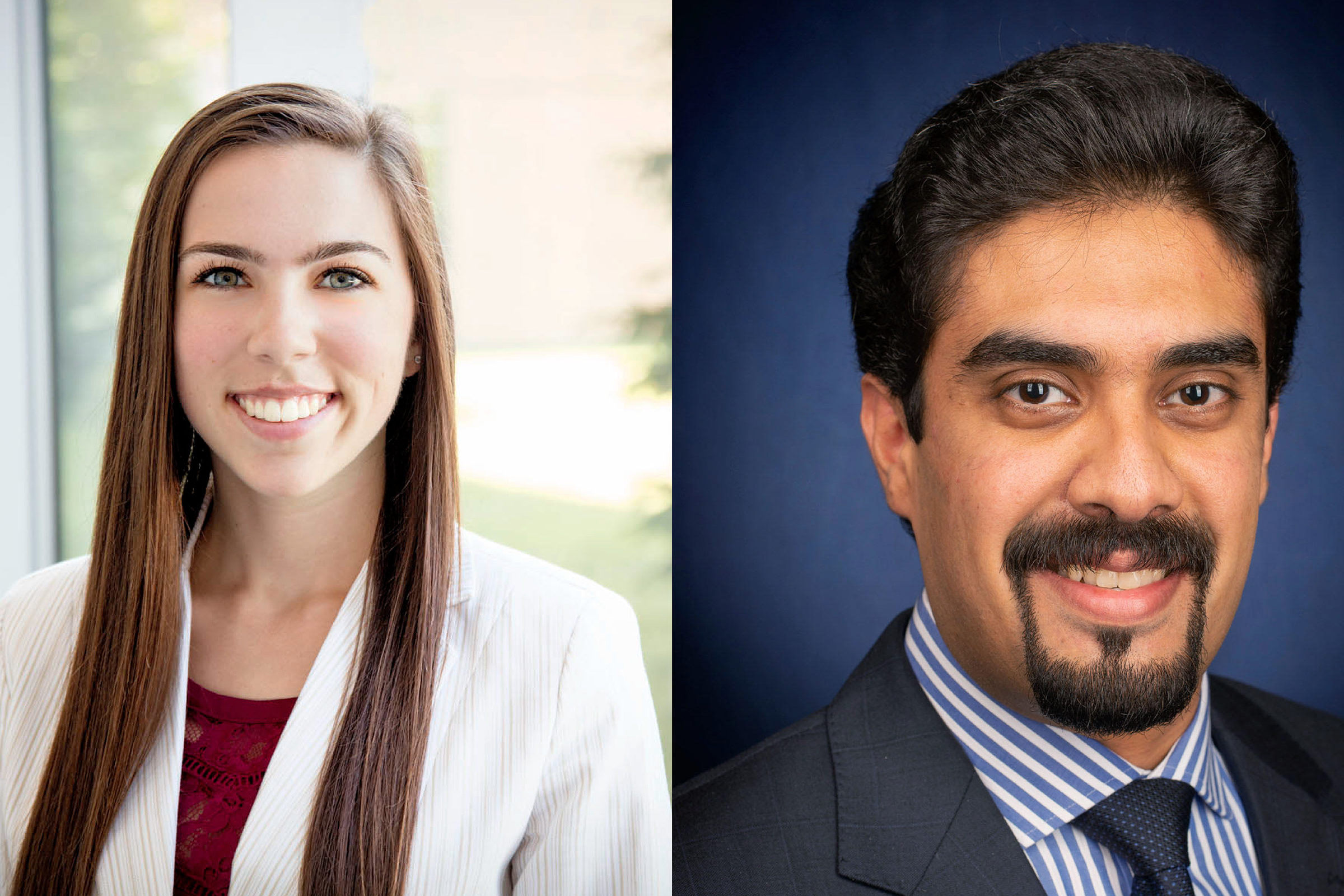 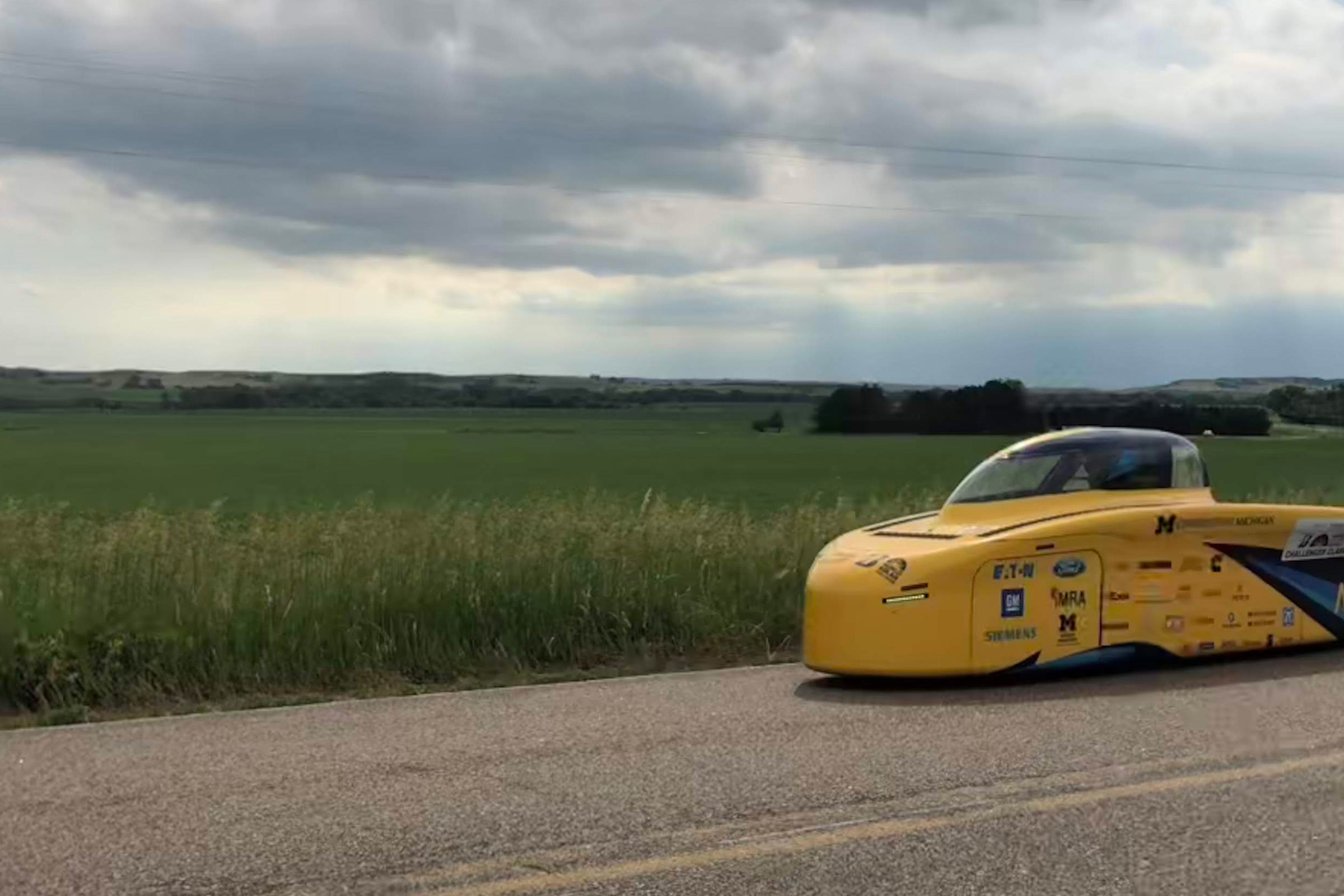 The 2018 American Solar Challenge will be a real test for a young team.| Short Read

Solar Car prepares for 2016 American Solar Challenge.| Short Read
In the News
USA TodayOct 20, 2015
Solar-powered cars race across Aussie outback
Popular ScienceOct 16, 2015
Solar race team gets help from a superforecast
In the NewsOct 15, 2015
Advanced solar-powered cars gear up for grueling World Solar Challenge
WiredOct 1, 2015
How a car racing the outback can boost solar in the US