All we do in this department is innovation; the act of research is trying to understand the impossible.Garlin Gilchrist II
Tweet

Big innovation changes lives in big ways, but what happens when new technology can’t reach the people who need it most?

It’s this question that set Garlin Gilchrist II (BSE CE/CS ‘05) on a lifelong mission to bring engineering solutions to communities in need. His career has been broad: from big tech corporations, to political campaigns, to his current position as Deputy Technology Director for Civic Community Engagement of his hometown, Detroit. Through all of it, Garlin has made it his mission to impact real people in meaningful ways with technology.

Garlin’s affinity for engineering runs deep – he was the first kid on his block to get his hands on a computer, a gift from his grandmother at just five years old. By the time he was in high school he was building them as part of his job after school.

Soon after, he was setting up newly-assembled PCs at homes and community centers, and teaching the new users how to make them work. Garlin did it all, from helping kids get on the Internet to teaching unemployed workers how to make a resume in Word, and the experience left a lasting impression.

“I fell in love with making technology accessible to people so that I could empower them to have new experiences and open up new worlds, realities, and opportunities,” he said.

As an undergrad student at Michigan, he tried his hand at research in the Center for Wireless Integrated MicroSensing and Systems through the Undergraduate Research Opportunities Program, where he worked on cochlear implants and other projects.

“It was really fantastic as a freshman and a sophomore to be able to have those kinds of experiences,” Garlin says. “It introduced me to how electrical engineering could be applied towards things I never would have imagined.”

After graduation, he dove into industry as a software design engineer at Microsoft. He worked on their SharePoint program, which became one of the company’s fastest growing products.

I got into technology to help that little girl in the community center do something different in life.Garlin Gilchrist II
Tweet

But the corporate atmosphere didn’t give him quite what he was looking for.

So, just a week before his wedding, he quit Microsoft and moved to Washington, D.C. as Director of New Media at the Center for Community Change.

The Center’s stated mission is to build the power and capacity of low-income people, especially of color, to change their communities and public policies for the better. Garlin took the organization’s 40 years of experience into the digital age.

This position was just the start of what would become a fruitful career joining technology with civil outreach. He went on to serve as the Social Media Manager for the 2008 Barack Obama campaign, and then as the National Campaign Director at MoveOn.org.

But even in the face of all these opportunities, Garlin was missing something – home.

“Ever since I left in 2005, I’ve been trying to find an excuse to come home to Detroit,” he says. When  he was presented with an opportunity to get directly involved in Detroit’s reconstruction in 2014, he jumped at it. 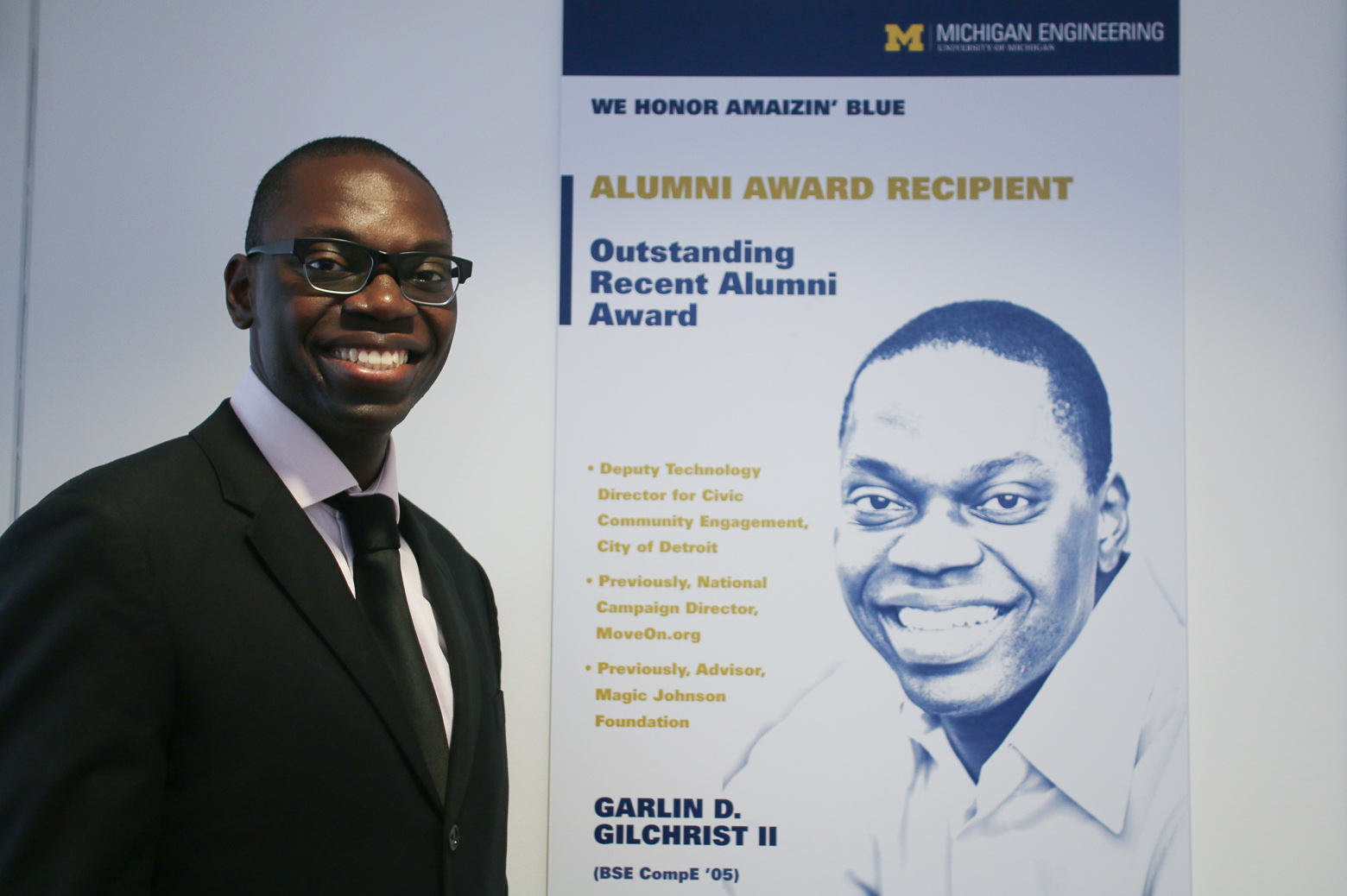 IMAGE:  Garlin was this year's winner of the CoE Outstanding Recent Alumni Award

“The city was poised to do some pretty heavy rethinking of how it listened to its people and what they could expect from their local government,” Garlin says. “I saw that as a tremendous opportunity for innovation – to do a re-think of how cities and citizens interact.”

So he helped engineer the mobile app called Improve Detroit, which allows residents to report maintenance and security issues to the city directly and expect a reasonable response.

“It’s been super exciting – about 70% of the city’s non-emergency service requests come via Improve Detroit,” Garlin says. At the same time, there has been a reinvigorated trust in the local government because the residents are being heard and communicated with, and getting the help they need.

Each new problem Garlin tackles is a chance to apply his engineering mind to the good of his community. His advice to students?

“Own your engineering mindset and have the confidence to apply that approach to a wide array of problems. The world needs as many problem solvers as possible. It needs us to think about solving problems in a way that can be helpful and beneficial to people across the world.”

The SuperSpade – Founder and Co-contributor

Obama for America – A Social Media Manager in Washington state

Garlin was the 2015 CoE Recent Engineering Alumni Award winner. While visiting campus for Homecoming Week, Garlin gave the talk, “Unavailable Innovation,” about his work bridging technology and civic engagement, and ways the science and engineering community can put its research to use for the greater good.

Garlin Gilchrist (BSE CE/CS ’05) is Detroit's first Deputy Technology Director for Civic Community Engagement. His job is to open up the city's public data and information for the consumption and benefit of all Detroiters. A Detroit native, Garlin created Detroit Diaspora, and was formerly the National Campaign Director at MoveOn.org. He also co-hosted The #WinReport on "The Good Fight," an award winning, nationally syndicated radio show that was one of Apple's Best of 2013. While visiting campus for Homecoming Week, Garlin gave a talk, “Unavailable Innovation,” on his work bridging technology and civic engagement, and ways the science and engineering community can put its research to use for the greater good.

Garlin served as co-host of The Win Report on The Good Fight. The podcast debuted as the overall #1 podcast in iTunes and was named one of Apple’s “Best of 2013” podcasts.

The Gilchrist twins in their Good Fight onesies

Listen to his farewell episode where he announces his return to Detroit. 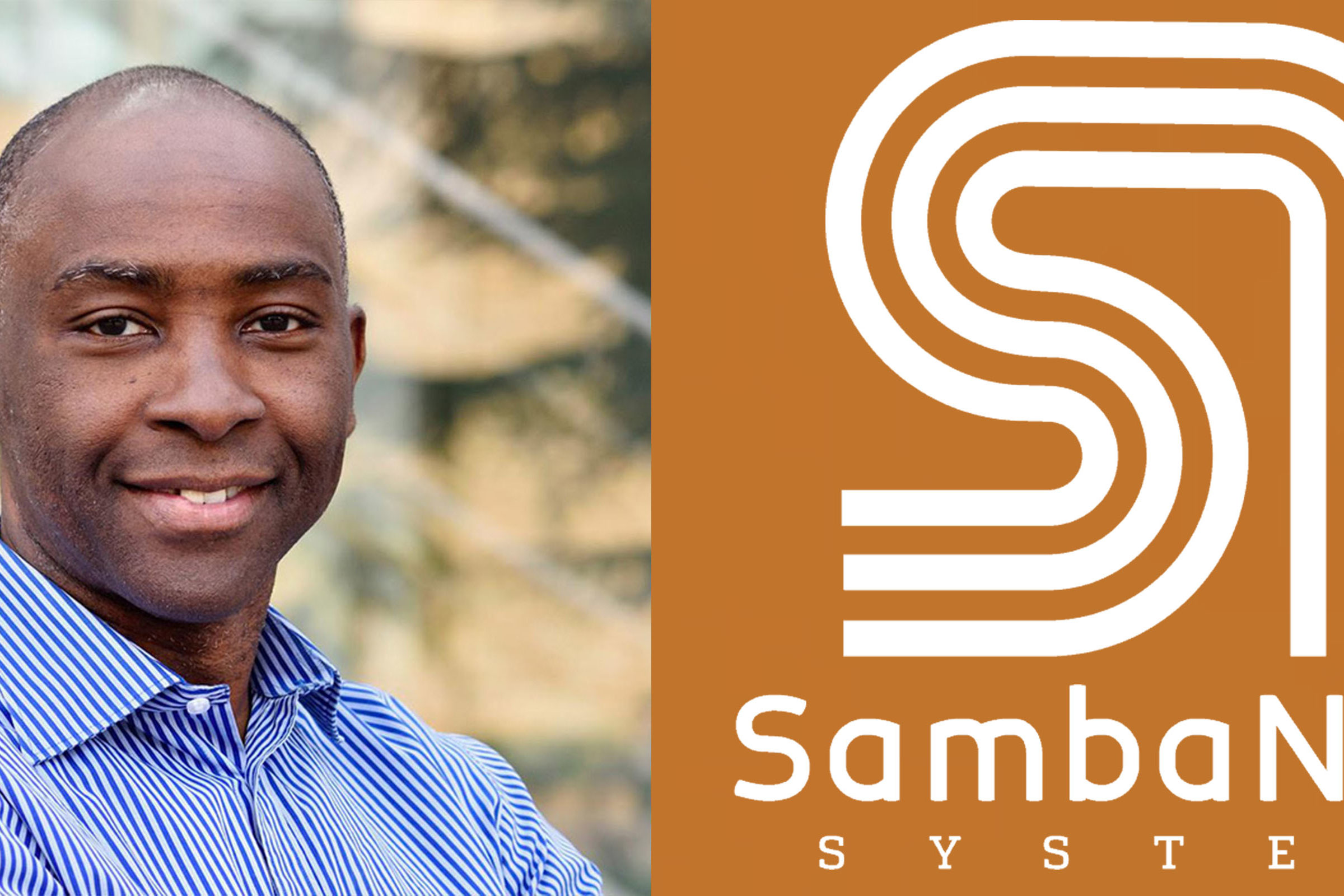