As soon as he rang the doorbell of his professor’s house, Fred Schanne wondered if he’d made a mistake. It was a chilly Ann Arbor evening in 1965, and the 20 year-old undergrad was about to enter uncharted territory: a faculty party at the home of University of Michigan engineering professor Clyde Johnson, who was already one of U-M’s most-loved engineering professors ever. Standing on the steps in his shirt and tie, he could scarcely imagine what would happen once he got inside.

“Back then, kids like me saw their professors as something close to a god,” he said. “He’d invited our whole class, but I was the only one standing out there on the steps. I remember thinking, ‘What have I gotten myself into?’” 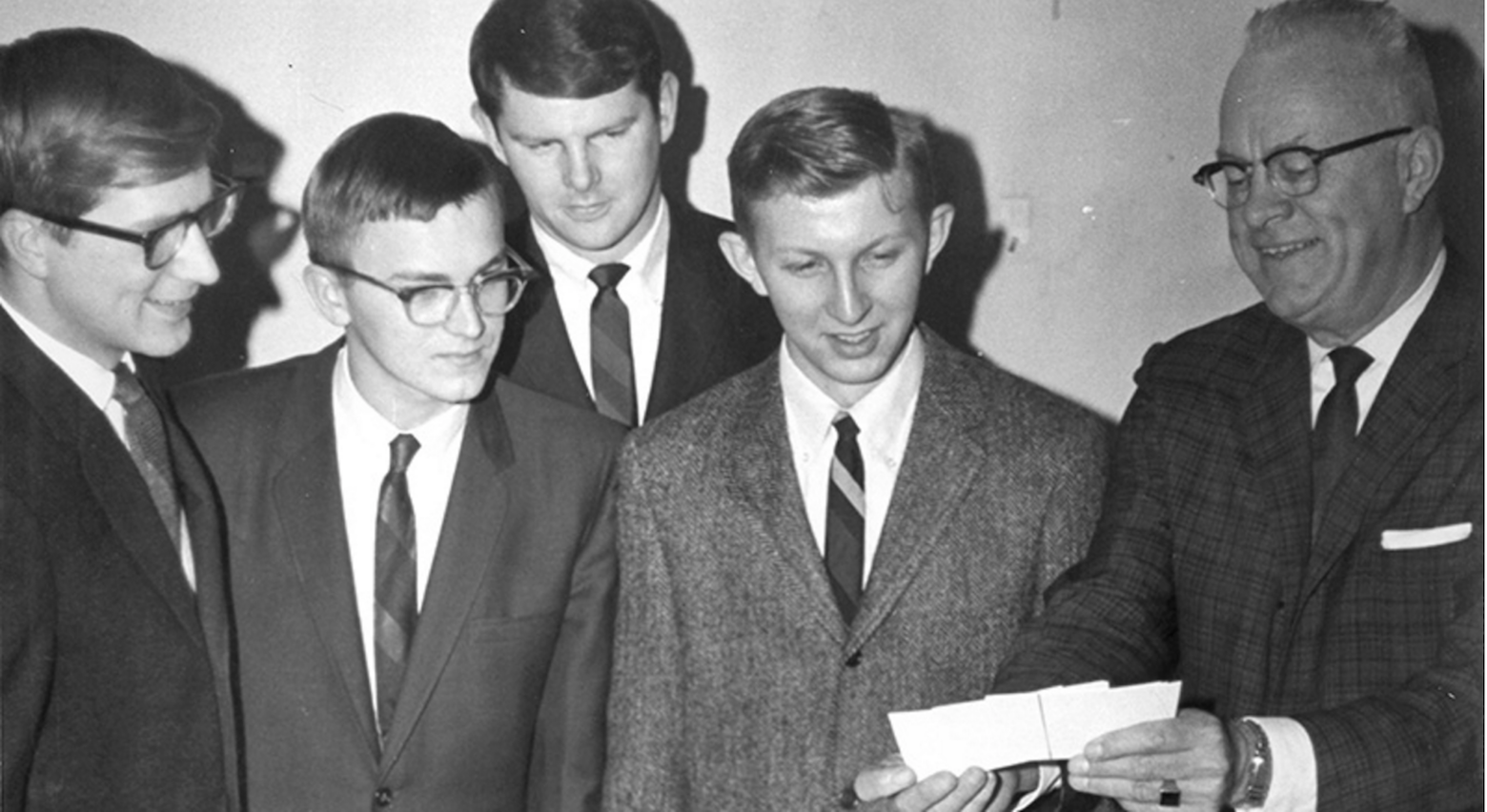 Professor Johnson and his wife, Thelma, welcomed him and immediately put him at ease. And today, more than 50 years later, Schanne still remembers his professor’s words to him as he was about to leave the party.

“He took me aside and said ‘I invited you here tonight to show you that we faculty members are just like you. We put our pants on one leg at a time. Thanks for coming.’ That lesson, about how much we all have in common, has stuck with me to this day.”

Schanne (BS ‘67, MBA ’68, PhD ’72) a retired industrial engineer, credits the late Johnson with shaping the course of his career, which has focused on the human side of engineering, managing the intersection between people and engineering processes.

“Clyde lit the flame for me. His class was my first introduction to the people side of engineering and it was so different from my other engineering classes,” he said. “He taught us to bridge the human with the enterprise, and that was a rare thing in those days.”

Bridging boundaries was one of the defining features of Johnson’s career, starting in 1957 when his desire to teach led him to give up a 25-year career managing factory production to take on a professorship at U-M. A U-M liberal arts grad (AB, ’31) with no formal engineering training, Johnson got the idea in 1956 at his 25-year college reunion.

“Dad was talking with the dean of the engineering college about a new department they were forming called Industrial Engineering and he said ‘You know, I’d like to teach someday,’” explains Bill Johnson, Clyde Johnson’s son and a U-M IOE grad himself (BS Ind.E. ’67, MBA ’69). “A year later, we were moving to Ann Arbor.” 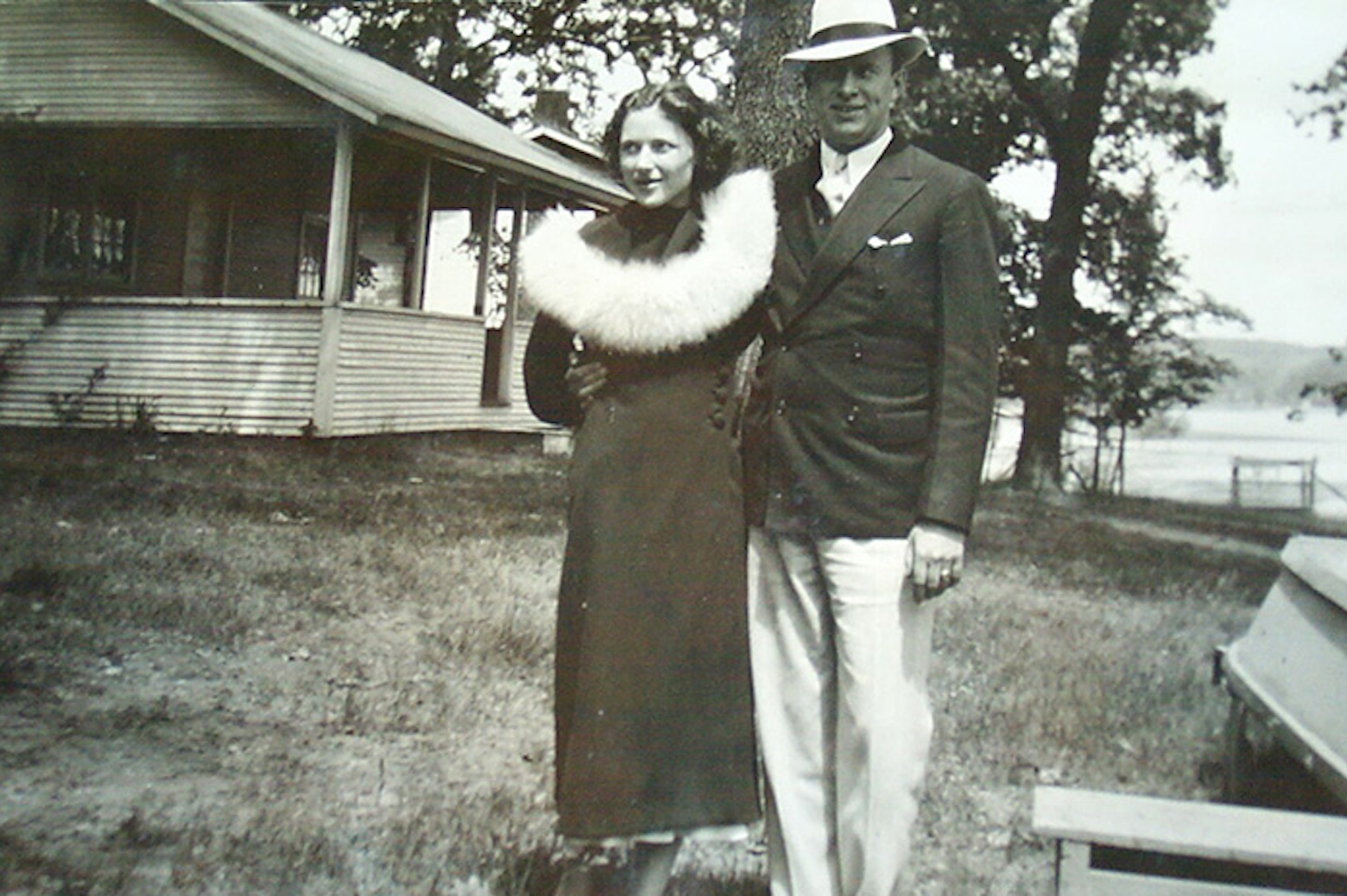 he move was a dramatic shift for the Johnson family. It meant a major pay cut and a move from Racine, Wisconsin, where Clyde Johnson had worked his way up to head of manufacturing at Modine Manufacturing Company (founded by U-M alum Arthur Modine). But he saw it as an important opportunity to steer the future of engineering.

“He saw that a lot of engineers coming out of school didn’t have any practical experience,” Bill Johnson explains. “That was a problem and, being an engineer at heart, he wanted to solve it.”

Clyde Johnson believed that he could give students real-world experience by involving them in projects at companies in the area; students would receive credit and companies would get new ideas. While the practice is common today, it was virtually unheard of in the 1960s.

Fresh from a factory background and with no PhD, Johnson faced resistance at first. And the engineering department was expanding so rapidly at that time that he had to teach many courses from a repurposed World War II Quonset hut on central campus. But the results of the new program quickly won over critics. In fact, Professor Johnson’s students were so sought-after that they soon earned their own nickname in the business world: “Clyde’s boys.” 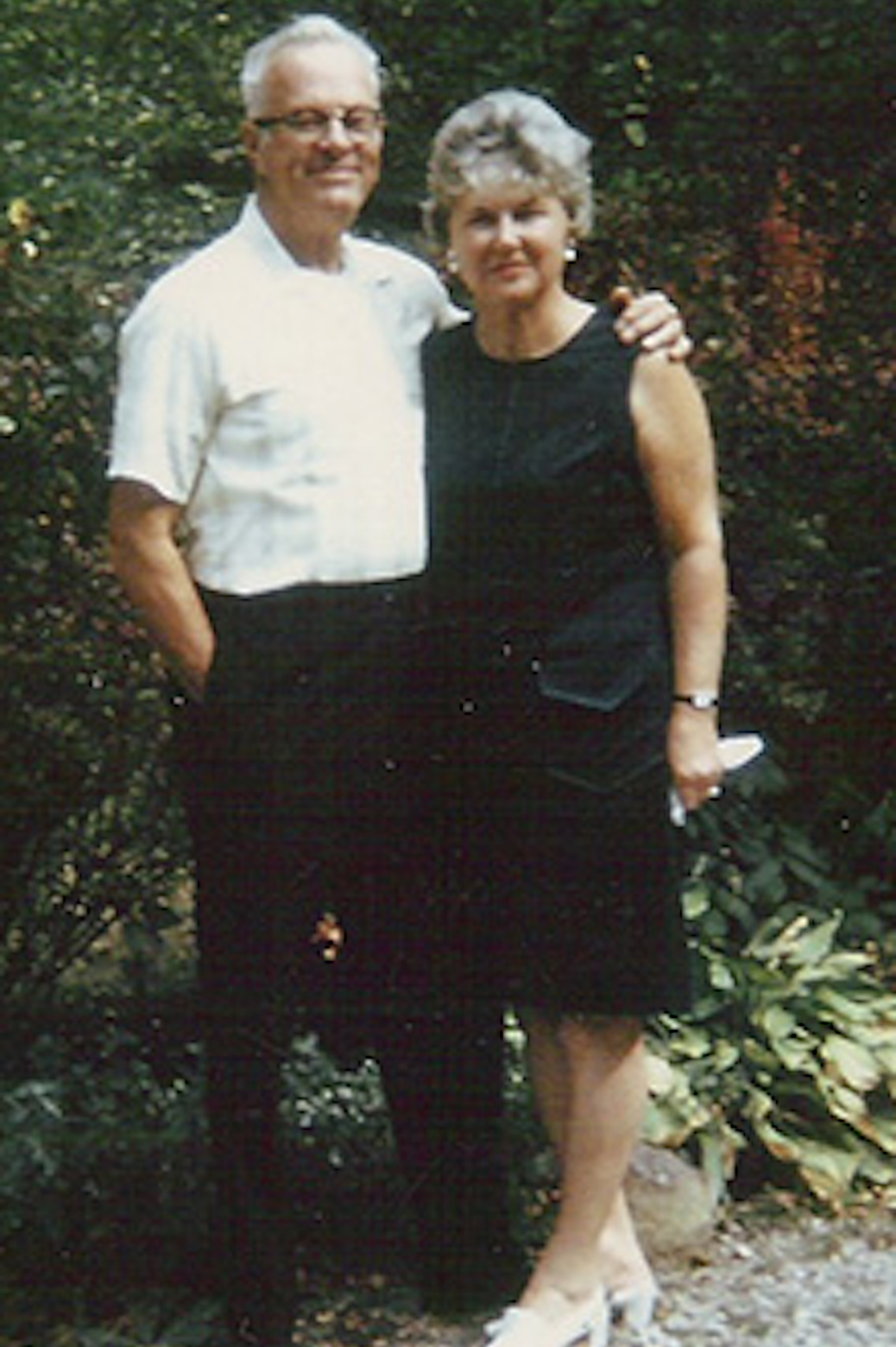 IMAGE:  Clyde and Thelma Johnson at their home in Ann Arbor, 1971. Photo: Courtesy of the Johnson Family

Even though Johnson’s students were overwhelmingly male, he recognized that women had a bigger role to play in engineering. In addition to helping female students succeed in his role as a counselor, he was an advisor to the U-M chapter of the Society of Women Engineers. While his views sometimes raised eyebrows in the 1950s and 60s, he wasn’t shy about voicing his opinion.

“Dad had personality and persistence and he never gave up,” Bill Johnson said. “He was a heck of a persuader and he built his success on results. He didn’t do a lot of publications but he had a huge number of successful programs.”

One of the most successful of those programs was the healthcare engineering program he helped found in the 1960s. Among the first to apply engineering principals to improve hospital care, it began at what was then called University of Michigan Medical Center  (now University of Michigan Health System) in Ann Arbor. The hospital looked to engineering to improve its efficiency by training supervisors in industrial management techniques. And once again, Clyde Johnson jumped into an unfamiliar environment.

“He was in a different world,” Bill Johnson said. “You had the hospital administrators, the doctors, the patients, a lot of people who weren’t necessarily convinced that industrial ideas had a place in a hospital. But he schmoozed his way in and just like his work with students, the results spoke for themselves.”

The success of the University Hospital program led to spinoff programs at hospitals across the state. Now part of the Center for Healthcare Engineering and Patient Safety, healthcare engineering is today a main focus of the Industrial Operations Engineering (IOE) program at U-M.

It’s also a big priority for Bill Johnson, who still plays an active role in U-M’s IOE department. He and wife Nadra recently pledged a $1 million gift to create a new Clyde W. Johnson Fellowship fund. The fund will support a fellowship for industrial engineering graduate students focused on healthcare.

The new fellowship is in addition to the Clyde W. Johnson Scholarship fund, which the Johnson family established after Clyde Johnson’s passing in 1976 to support undergraduate students in the IOE department. The Johnson family has continued to support this fund over the years, most recently with a gift in early 2015 totaling over $1 million. 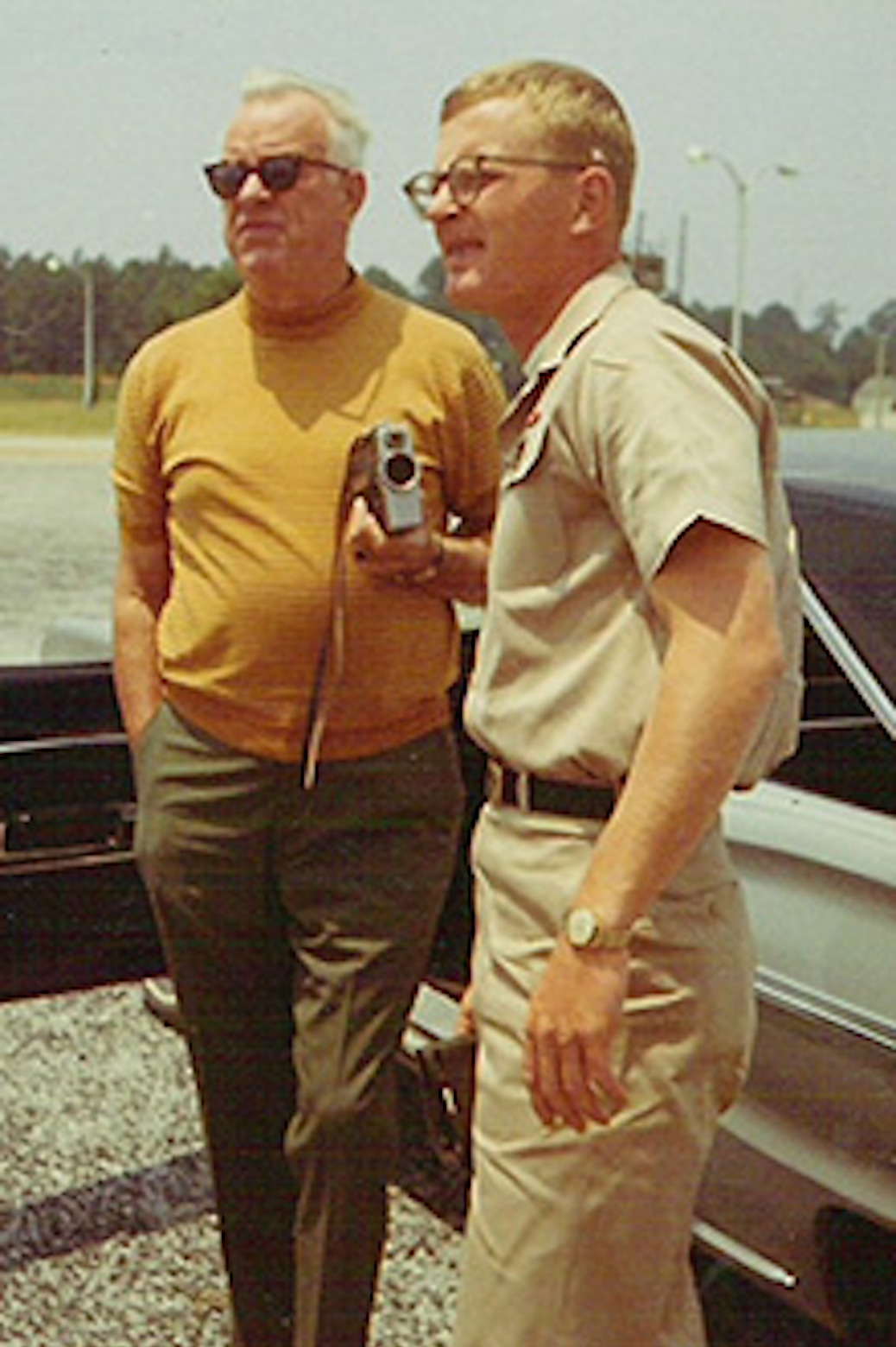 Bill Johnson sees his involvement as a way to continue the work started by his father and draw inspiration from the new ideas in the department. In addition to his monetary gifts, Johnson serves on the department’s advisory board.

“I stay involved because it’s fun,” he said. “It helps me stay a little more open-minded, to continue to take risks and be open to new ideas.”

Bill Johnson also believes that it’s what his father would want. He thinks his father would be amazed at the ideas, the students and the facilities in the department he helped start from a Quonset hut behind the West Engineering building.

“When I meet the students today, I don’t know how I got in,” Bill Johnson confesses. “They’re so focused. The opportunities they’re walking out of here with are unbelievable. And they’re a hot commodity in the business world.”

Which, of course, is precisely what Clyde Johnson had in mind when he stepped onto the U-M campus in 1957. 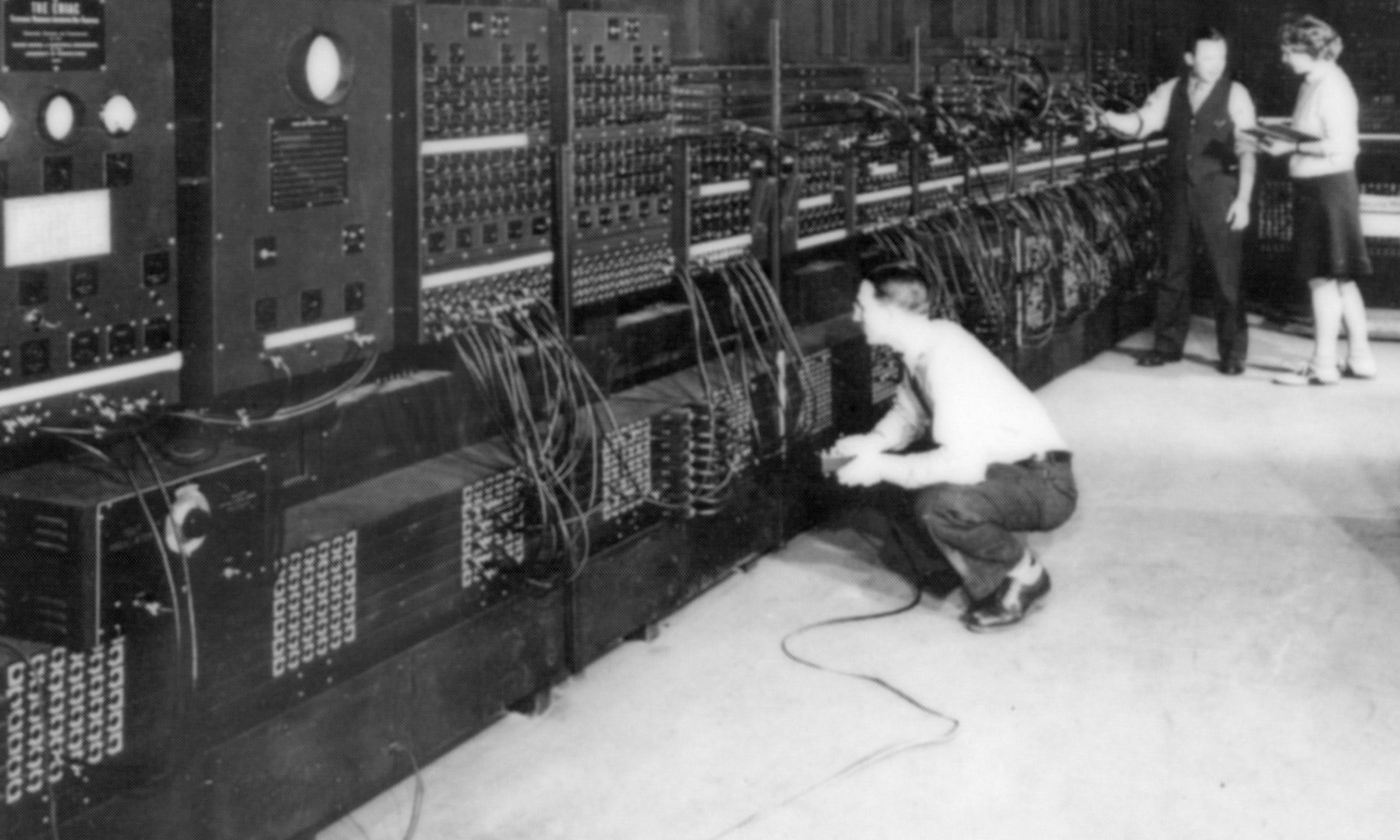