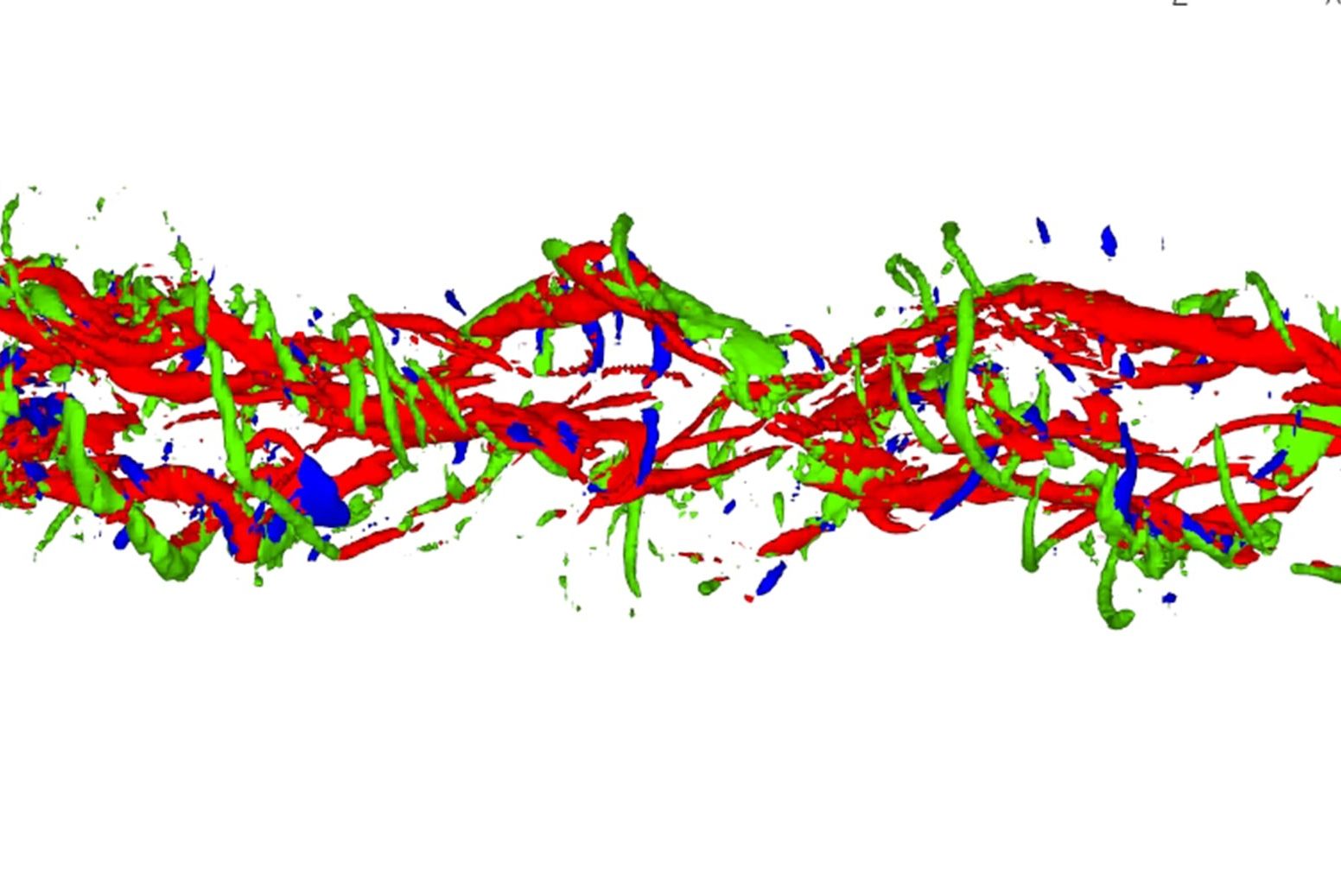 IMAGE:  Turbulence simulations for a vortex such as a tornado, a galaxy, or the swirls that form at the tips of airplane wings. Courtesy of Karthik Duraisamy, Aerospace Engineering.

A new way of computing could lead to immediate advances in aerodynamics, climate science, cosmology, materials science and cardiology. The National Science Foundation is providing $2.42 million to develop a unique facility for refining complex, physics-based computer models with big data techniques at the University of Michigan, with the university providing an additional $1.04 million.

The focal point of the project will be a new computing resource, called ConFlux, which is designed to enable supercomputer simulations to interface with large datasets while running. This capability will close a gap in the U.S. research computing infrastructure and place U-M at the forefront of the emerging field of data-driven physics. The new Center for Data-Driven Computational Physics will build and manage ConFlux.

The project will add supercomputing nodes designed specifically to enable data-intensive operations. The nodes will be equipped with next-generation central and graphics processing units, large memories and ultra-fast interconnects.

A three petabyte hard drive will seamlessly handle both traditional and big data storage. Advanced Research Computing Technology Services at University of Michigan provided critical support in defining the technical requirements of ConFlux. The project exemplifies the objectives of President Obama’s new National Strategic Computing Initiative, which has called for the use of vast data sets in addition to increasing brute force computing power.

The common challenge among the five main studies in the grant is a matter of scale. The processes of interest can be traced back to the behaviors of atoms and molecules, billions of times smaller than the human-scale or larger questions that researchers want to answer.

Even the most powerful computer in the world cannot handle these calculations without resorting to approximations, said Karthik Duraisamy, an assistant professor of aerospace engineering and director of the new center. “Such a disparity of scales exists in many problems of interest to scientists and engineers,” he said.

But approximate models often aren’t accurate enough to answer many important questions in science, engineering and medicine. “We need to leverage the availability of past and present data to refine and improve existing models,” Duraisamy explained.

This data could come from accurate simulations with a limited scope, small enough to be practical on existing supercomputers, as well as from experiments and measurements. The new computing nodes will be optimized for operations such as feeding data from the hard drive into algorithms that use the data to make predictions, a technique known as machine learning. 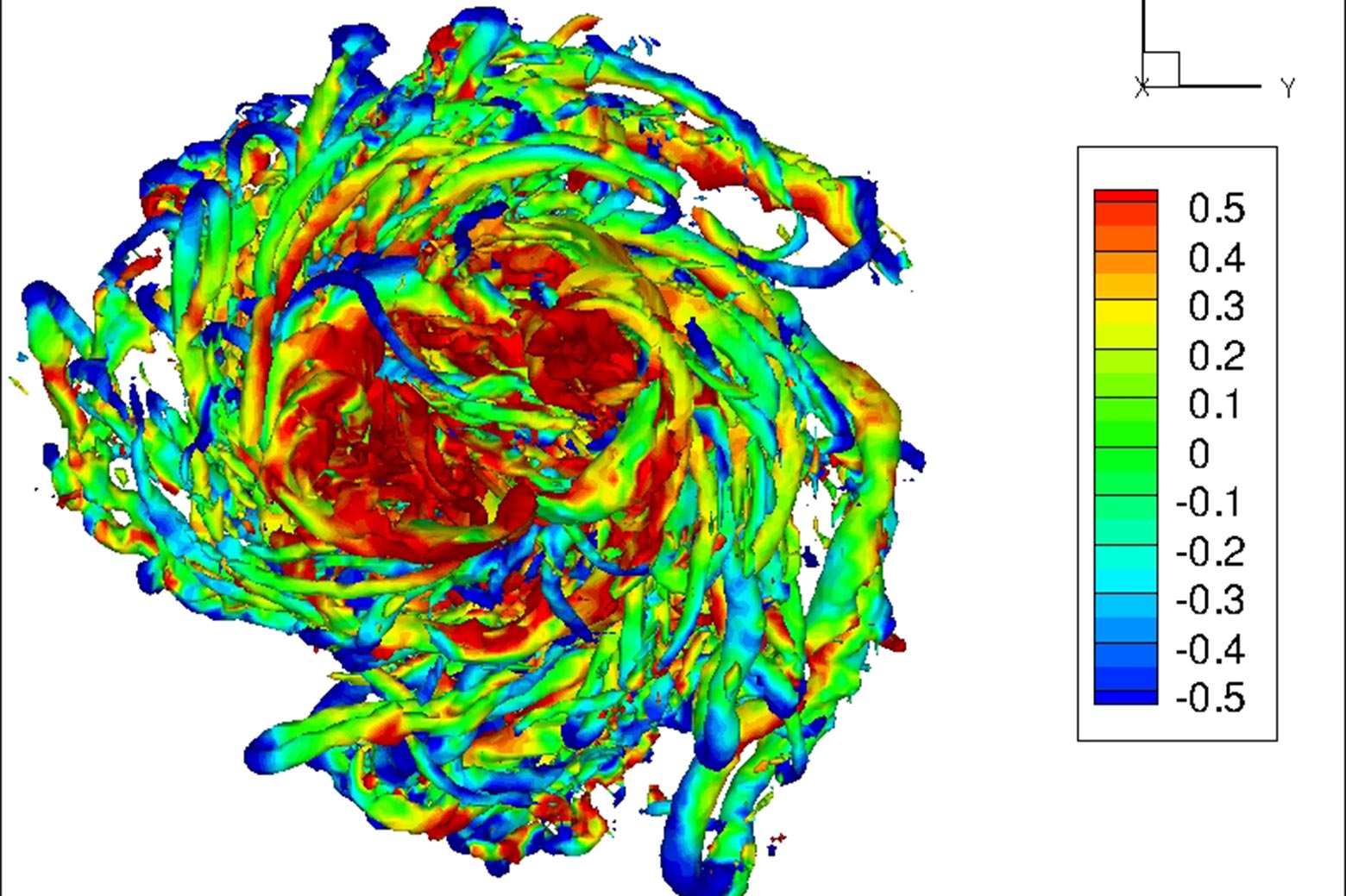 IMAGE:  Turbulence simulations for a vortex such as a tornado, a galaxy, or the swirls that form at the tips of airplane wings. Courtesy of Karthik Duraisamy, Aerospace Engineering.

“Big data is typically associated with web analytics, social networks and online advertising. ConFlux will be a unique facility specifically designed for physical modeling using massive volumes of data,” said Barzan Mozafari, an assistant professor of computer science and engineering, who will oversee the implementation of the new computing technology.

The faculty members spearheading this project come from departments across the University, but all are members of the Michigan Institute for Computational Discovery and Engineering (MICDE), which was launched in 2013.

“MICDE is the home at U-M of the so-called third pillar of scientific discovery, computational science, which has taken its place alongside theory and experiment,” said Krishna Garikipati, MICDE’s associate director for research.

The following projects will be the first to utilize the new computing capabilities:

“It will enable a fundamentally new description of material behavior—guided by theory, but respectful of the cold facts of the data. Wholly new materials that transcend metals, polymers or ceramics can then be designed with applications ranging from tissue replacement to space travel,” said Garikipati, who is also a professor of mathematics.

Researchers
In the News
Business InsiderNov 7, 2017
University of Michigan partners with Cavium on Big Data computing platform for UM Researchers