All University of Michigan alumni can proudly tell you they have a degree from Michigan. Some are lucky enough to have met their spouses in Ann Arbor. A few sent their children to the University. Even fewer have grandchildren who became Wolverines.

The late Donald Malloure can claim all of the above – as well as hitting a golf ball out of the East Quad residence hall during his student years.

Malloure graduated in 1949 with a degree in civil engineering and began working with contractors in Michigan. After a few years in the work force, he was offered a job with Clarence Hull of C.A. Hull, a company that focused on concrete work. However, the job would only be one open if C.A. Hull was able to win a bid from the Michigan State Highway Department to build a bridge that would carry I-75 over a rail spur in Monroe County. Without a winning bid, Hull planned to sell the business and retire.

The proposal was a success. Hull offered Malloure the job, and Malloure proposed an employment arrangement in which he would acquire the balance of the company over ten years. Hull agreed, and by 1965 Malloure had acquired 100 percent ownership of the company. In 1966 when Hull passed away, the future of the company rested solely on Malloure’s shoulders.

Malloure’s son Paul says his father’s vision for C.A. Hull was “to be an efficient and competitive operator. He was always looking for a more efficient way to work.”

Malloure also wanted a company that would be known for honesty and integrity. As his daughter Sue Whitaker says, he had “a good reputation for being honest and playing by the rules.”

All three sons Joe, John, and Paul have been active with the company since the 1970s. Today, Joe is the chairman and John and Paul are vice presidents. But they started at much more humble beginnings. Their first job at C.A. Hull was cleaning the office of the weekends. Later on, they spent summers as laborers in the field.

“Our father wanted us to learn the value of hard work,” Joe says of these early experiences. 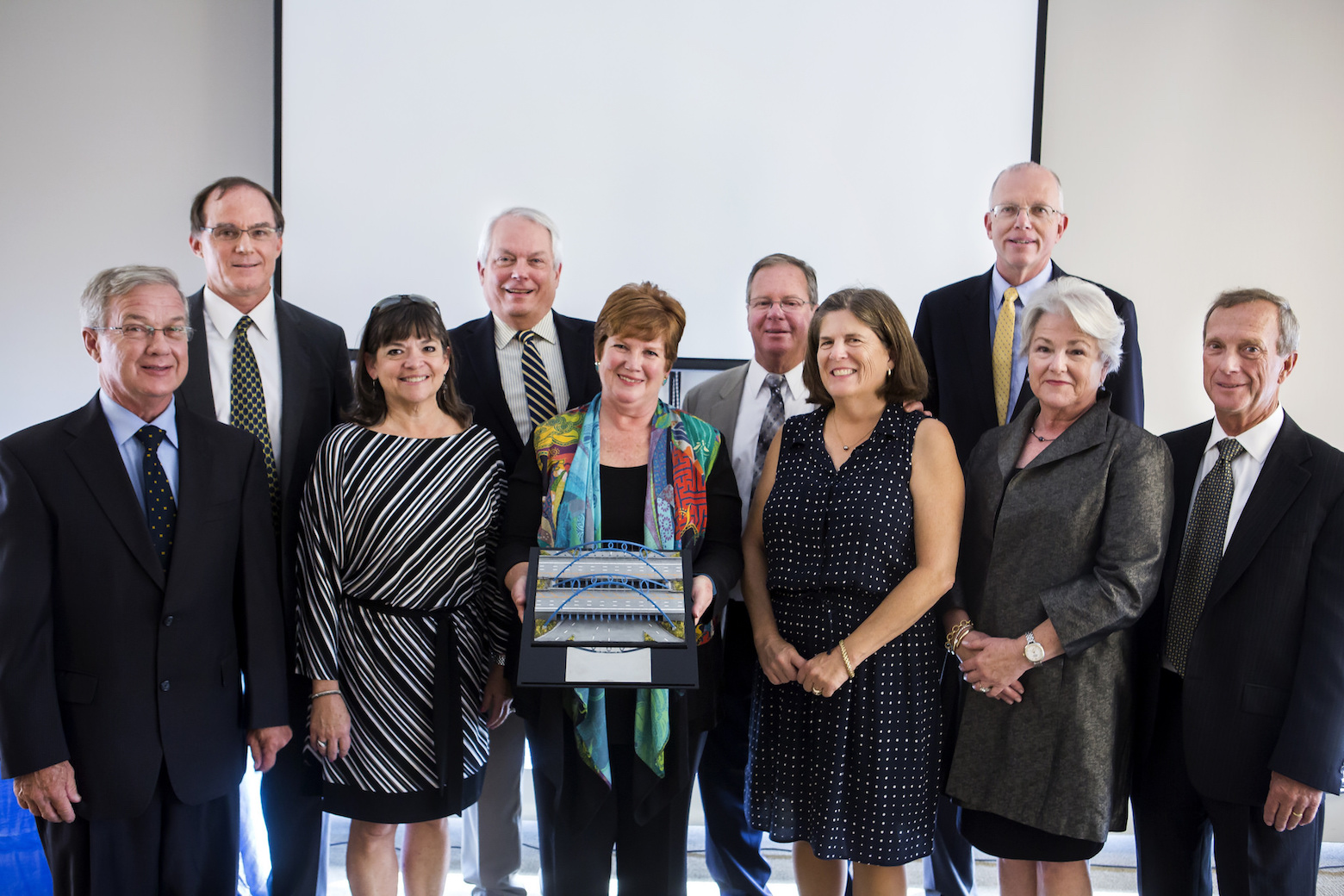 IMAGE:  The Malloure family with the 3D printing of the Gateway Arches (one of Joe Malloure’s favorite bridge projects), held by Sue Whitaker. Photo: Civil and Environmental Engineering, University of Michigan

Donald Malloure learned about hard work form his won father, a factory worker at the General Motors plant. He had the kind of job where you left for work in a white shirt and came home in a black one. Malloure’s father wanted a better life for his son and encouraged him to go to college. When the topic came us with high school counselors, they suggested a trade school because it was more affordable.

Instead of trade school, Malloure served in the Navy and went to U-M on the G.I. Bill. “My father was grateful for the G.I. bill and grateful for his Michigan Engineering education,” Joe says of his father’s college degree.

Malloure sent his children – Joe, John, Paul and Sue – to U-M. The sons each earned degrees in civil engineering, and Sue earned a business degree. Four of his grandchildren also graduated from U-M.

Not only did Malloure send his own family to U-M, he has also helped many others achieve the same education .He and his wife established the Donald and Lucille Malloure Scholarship Fund in 1999 and it has supported more than 100 students.

“He always felt that he wanted to give the opportunity of college to others, because he got that opportunity through the G.I. bill,” Sue says of the scholarship.

“Because I did not have the constant stress of having to repay loans, I was able to pursue all the college activities I wanted to – such as extracurricular design teams, playing violin in an orchestra and volunteering in healthcare and research lab settings,” says Anitha Menon, a recipient of the Malloure Scholarship. “Because of the breadth of enriching opportunities I’ve had access to at U-M, I will now be attending U-M Medical School in the fall. Without undergraduate debt! I owe everything to the generosity of this scholarship.”

This year, the Malloure family strengthened their ties and support for U-M by giving a $2 million gift to establish the Donald Malloure Department Chair of Civil and Environmental Engineering.

“This gift is so vital and provides the department with a lasting resource to address strategic needs, now and for years to come. As the inaugural Chair, I am proud to carry the name and honor,” CEE Chair Kim Hayes says of the gift. “Over the next two years, the Malloure support will be leveraged to enclose and modernize a section of the open structures laboratory, converting the space into shared functional use for smart infrastructure systems research.” In addition to facilities upgrades, in the hear future Hayes envisions the Malloure support will also be used for next generation research and educational initiatives to continue to attract the best the brightest students to CEE.

The endowment will be celebrated on Thursday, September 24 in Ann Arbor. Please visit cee.umich.edu to find the latest details on the celebration. All are welcome to attend.