Alliance for the Arts in Research Universities receives Mellon funds

Michigan Engineering
August 5, 2015
The Alliance for the Arts in Research Universities (a2ru) and the University of Michigan's ArtsEngine program have received an $800,000 grant from the Andrew W. Mellon Foundation. | Short Read

The Alliance for the Arts in Research Universities (a2ru) and the University of Michigan’s ArtsEngine program have received an $800,000 grant from the Andrew W. Mellon Foundation.

The grant will fund the SPARC Project: Supporting Practice in Arts, Research and Curricula, a three-year initiative that will allow a2ru to disseminate best practices in the integration of arts practice at research universities.

This second round of funding represents a total of $1.3 million from the Mellon Foundation toward the efforts of U-M’s ArtsEngine and a2ru to expand research in support of the arts in higher education. Initial funding was awarded in 2012, supporting the creation of the first comprehensive guide to best practices in the integration of arts practice in U.S. research universities.

The “Mellon Best Practices Guide” will be published this fall and will identify models, obstacles, implementation strategies, costs and the impact on students and faculty, as well as on research, practice and teaching in other knowledge areas. The guide will be available for download to the public.

“This research endeavor is what initially fueled the creation of a2ru,” said a2ru executive director Laurie Baefsky. “By applying its findings, a2ru now has the potential to sustain and more thoroughly incorporate arts practices into higher education, empower and broaden students’ curricular and co-curricular experiences, and maximize the creative production of faculty. This is what a2ru’s 31 national partners and many of our U.S. research universities want and require on their campuses.”

The Inter-university Consortium for Political and Social Research at U-M will house the transcribed archives of Mellon Phase I interviews for further research, as well as help build a web-based platform so these materials can be more easily searched and used.

The Alliance for the Arts in Research Universities will hire a new research director and a Mellon post-doc research fellow to support continued arts-integrated research in support of the SPARC Project. Job descriptions for these positions will be posted to the U-M website.

U-M has housed a2ru since its inception. The organization grew out of a 2011 “Michigan Meeting,” a series of annual interdisciplinary meetings of national and international scope on topics of broad interest and contemporary importance to both the public and the academic community. It shares offices with ArtsEngine, an arts-integrated interdisciplinary unit located on U-M’s North Campus.

Christopher Kendall, former dean of the School of Music, Theatre & Dance, along with current deans David Munson (College of Engineering), Guna Nadarajan (Stamps School of Art & Design) and Monica Ponce de Leon (Taubman School of Architecture and Urban Planning), collectively issued this statement regarding the SPARC Project: “Four years after the 2011 ‘Michigan Meeting,’ we are at the threshold of empowering universities engaged in arts-integrated interdisciplinary work with knowledge to encourage and better amplify this work on their campuses. a2ru is positioned to become a leader in galvanizing efforts to bring the arts directly into the center of work being done on our campuses.”

Mariët Westermann, vice president of the Mellon Foundation, expects an echo effect as a2ru moves toward the application of findings from its initial research.

“We look forward to following the impact that the release of a2ru’s research will have on greater integration of the arts into the academic programs of research universities,” she said.

This story was written by Michelle Krell Kydd. 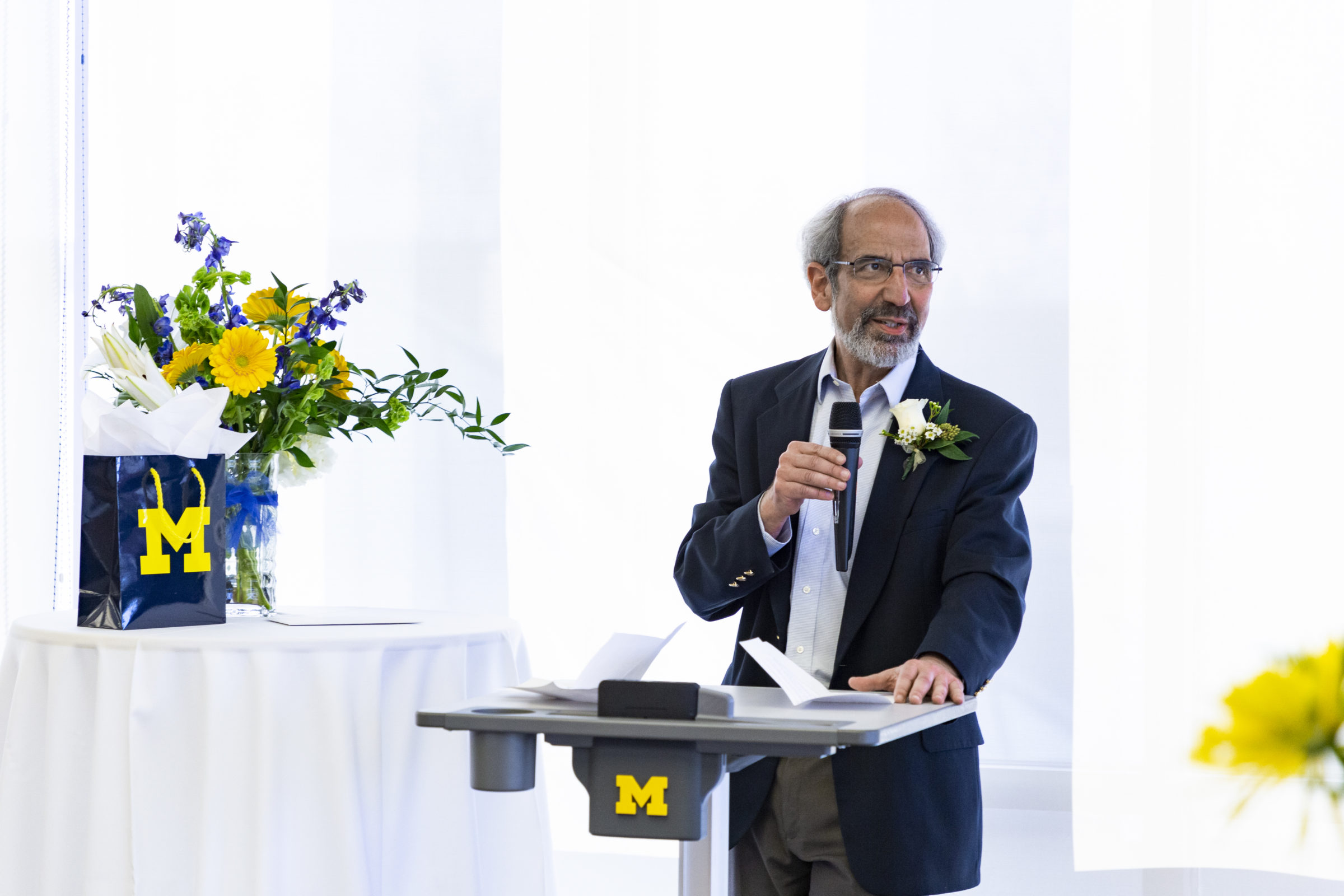 Emergency fund fills in gaps for students during pandemic

Donations will help address a variety of issues.| Medium Read

Amidst COVID-19 chaos, student affairs connects with every engineering student

Victory Gardens program looks to meet the needs that range from the financial and logistical, to the emotional.| Medium Read