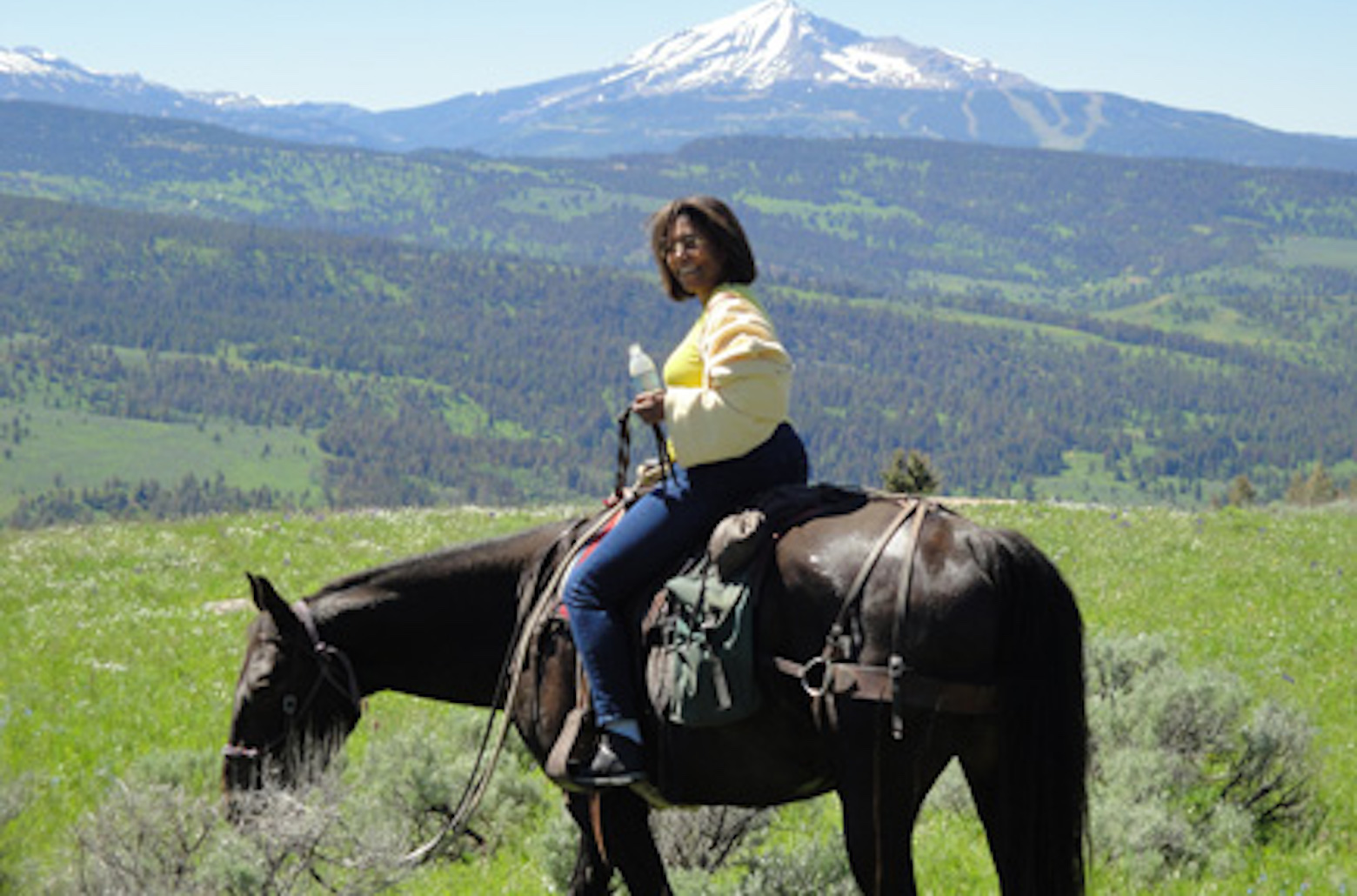 IMAGE:  Portrait of Claudia doing something that she loved: riding horses. Source: NASA

Alexander was well known for her work in geophysics and planetary science. She supported several space missions including NASA’s Galileo and Cassini and the ESA’s Rosetta, for which she served as project manager and scientist for NASA’s role in the mission.

Alexander earned her PhD under the guidance of Professor Tamas Gombosi in 1993.

“She was always cheerful, full of optimism and energy,” Gombosi remembers. “She was an enthusiastic planetary scientist, a dedicated educator, a great role model and a true fighter.”

In addition to earning her PhD from the University of Michigan in 1993, she was also named U-M Woman of the Year in Human Relations that same year. She continued to have a strong relationship with U-M over the years and in 2002 she earned the AOSS Alumni Merit Award. She also served on the AOSS National Advisory Board and often visited to present seminars. In 2007 she established the Claudia Alexander Scholarship for undergraduate students at U-M.

“I have met Claudia many times during the past few years as part of science and U-M-related activities. Every time we met I was inspired by her positive energy, her passion for education – especially for those many who are disadvantaged – and her excitement for what is next with NASA and space exploration. She will be deeply missed by many!” CLaSP and Aero Professor Thomas Zurbuchen says.

Alexander earned her bachelor’s degree from the University of California, Berkeley and her master’s degree from the University of California, Los Angeles. For her master’s, she completed a dissertation on the impact of solar cycle variations in Solar EUV (extreme ultraviolet) radiation of the Venus ionosphere and its interaction with the solar wind using Pioneer Venus Orbiter measurements. It was this work that caught the attention of CLaSP Professor Andy Nagy.

“I met her during the Pioneer Venus days and was so impressed that I talked her into coming to Michigan for a PhD. She was a wonderful, funny and smart person; I lost a good personal friend,” Nagy says.

Alexander’s studies have included the evolution and interior physics of comets, Jupiter and its moons, plate tectonics, magnetospheres, the solar wind, space plasma, and the planet Venus.

In 2003 she was awarded the Emerald Honor for Women of Color in Research & Engineering by Career Communications Group, Inc.—publisher of Black Engineer & Information Technology Magazine.

“Claudia Alexander was one of our most beloved and distinguished AOSS alums. She was a great scientist and leader, an inspiration to us and to all of the students who followed, a benefactor to our student fellowship program, and one of those singular, truly beautiful people who energize everyone with whom they come in contact,” CLaSP Chair Jim Slavin states.

In lieu of flowers, donations can be made to the University of Michigan by check with memo line notation of “Claudia Alexander Scholarship Fund.”

Gifts to this endowment will be administered as a permanent endowment under Michigan law and University policies. Please mail to: 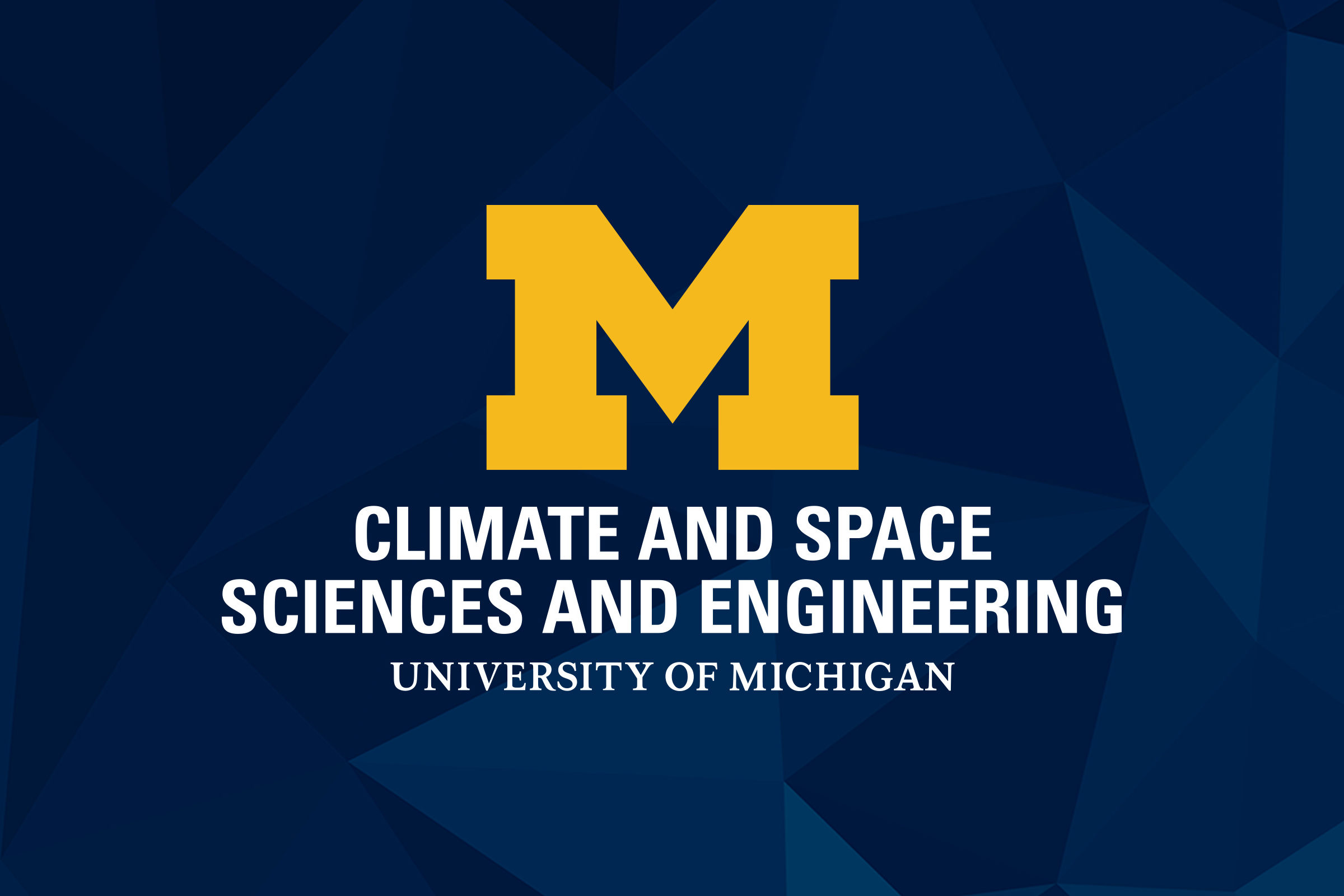 This fund focuses on need-based support for students enrolled in the College of Engineering’s Department of Climate and Space Sciences and Engineering. | Short Read

Why study climate and space?

The fields of climate science and space weather are quickly growing – both in relevancy and scope. And the need to communicate both what is happening in that area, and how it impacts society, is critical.| Short Read

The Fund provides need-based support to students and student programs in the Department of Climate and Space Sciences and Engineering (CLaSP).| Short Read