The INSA recognized Aerospace Engineering Professor Elaine Oran with an Honorary Doctorate during their 30- year Anniversary Program on April 3. This honorary doctorate recognized the work, career or involvement of a distinguished scholar within a community and their extraordinary careers in research in areas closely related to themes of INSA. This is Oran’s third honorary doctorate. She received the Honorary Doctorate of Science from Leeds University in 2010 and the Docteur Honoris Causa from Ecole Centrale de Lyon in 2006. 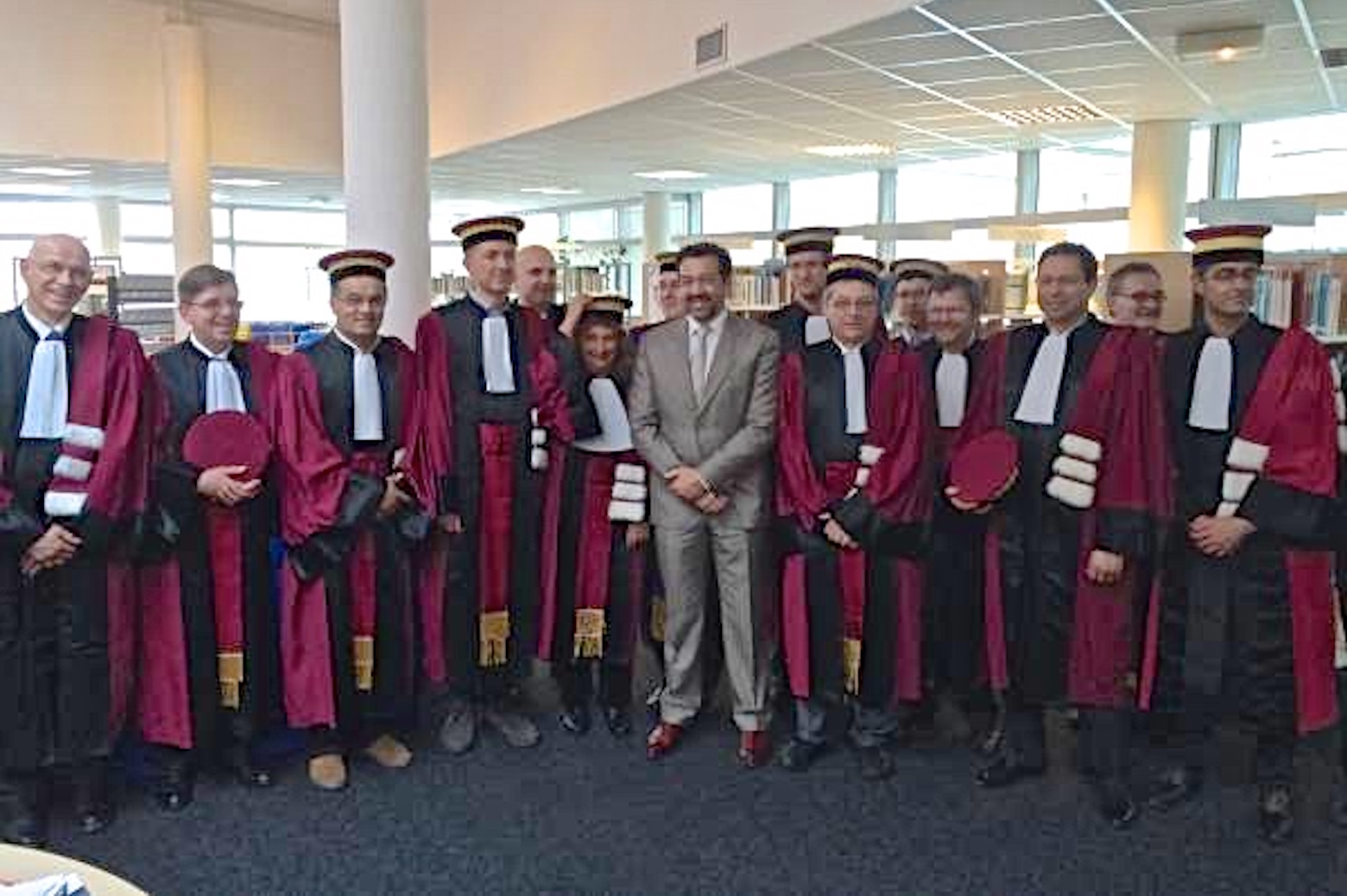 Her research includes work on chemically reactive flows, turbulence, numerical analysis, high-performance computing and parallel architectures, shocks and shock interactions, rarefied gases, and microfluidics, with applications to combustion, propulsion, astrophysical explosions and micro-sensor design. She is both a member of the National Academy of Engineering, as well as both an American Institute of Aeronautics and Astronautics (AIAA) Fellow and an AIAA Honorary Fellow. She is a fellow of the American Society of Mechanical Engineers (ASME), the Society of Industrial and Applied Mathematics (SIAM) and the American Physical Society (APS). In 2013, APS awarded Oran the 2013 Fluid Dynamics Prize for her “seminal contributions to the understanding of reactive flows through computational simulations, especially the deflagration-to-detonation transition in gases and supernovae.” Prior to joining the University of Maryland, Oran was the Senior Scientist for Reactive Flow Physics at the U.S. Naval Research Laboratory where she was responsible for carrying out theoretical and computational research on the fluid and molecular properties of complex dynamic systems and where she continues to serve as an Emeritus Scientist.