Dr. Peretz P. Friedmann is the Francois-Xavier Bagnoud Professor of Aerospace Engineering at the University of Michigan. He teaches undergraduate courses in aircraft structures and aircraft design, as well as graduate courses in structural dynamics, aeroelasticity and rotorcraft aeromechanics, and he leads fundamental and applied research on rotorcraft.Professor riedmann is the  director of the FXB Center for Rotary and Fixed Wing Air Vehicle Design (FXB CRFWAD) at Michigan. He also serves as associate director of the Vertical Lift Research Center of Excellence (VLRCoE),which is a consortium of several universities led by Georgia Tech. He explains,”Within the framework of the VLRCoE, each faculty member participating in the program is involved with one or more projects. I have been working on active flaps and microflaps for vibration and noise reduction since the University of Michigan became part of the Center of Excellence in 2006. Right now, we are looking at the potential interaction between an active on-blade control system and the handling qualities of a helicopter.

Professor Friedmann mentors doctoral researchers. In his teaching career at the University of California, Los Angeles (UCLA) and the University of Michigan, he has guided several Ph.D. students who have risen to leadership positions in government and industry. He observes,”One of my PhD students, Dr.Bill Warmbrodt who graduated in 1978 from UCLA, has been chief of aeromechanics at NASA Ames since 1985. Another of my PhD students, Dr. Friedrich Straub, who graduated in 1980 is the chief of dynamics for Boeing Mesa. A more recent graduate, Dr.Tom Millott, 1993,is the chief of dynamics and acoustics at Sikorsky. Other Ph.D. students hold important academic positions, for example, Dr.Roberto Celi is a Professor of Aerospace Engineering at the University of Maryland.”

“I wanted to be an airplane engineer since I was six years old and have never changed my mind.”

Peretz Friedmann grew up in Haifa, Israel and has no family ties to aviation or engineering.”I wanted to be an airplane engineer since I was six years old and have never changed my mind,” he says.” l was very lucky that an aero department in the Technion [Israel Institute of Technology] was established only four years before I was eligible to go to college.

“The Technion is similar to MIT [Massachusetts Institute of Technology], and it had a classical aeronautics curriculum resembling that of MIT. At that time, however, the aero department had no rotary-wing content. Interestingly, a post doctoral scholar, Dr.Aviv Rosen, who spent two years with me at UCLA from 1975 to 1977, started the rotary-wing program at the Technion after returning to Israel.”

With a Bachelor of Science degree in aeronautical engineering, Peretz Friedmann served as an engineering officer (First Lieutenant) in the Israeli Air Force from 1961 to 1964.”In Israel, everybody goes into the military. I was in a special program where I was able to receive an engineering degree before serving in the military after volunteering to serve as an officer.” Air Force engineering projects included cooling systems for reconnaissance cameras installed in the nose of fighter aircraft and auxiliary drop tanks for tacticalaircraft.”I actually learned more about engineering in the years when I was in the Air Force than I would have learned at a university. I was designing equipment, installing it on an airplane,and seeing it flight-tested.”

Practical experience and a Master’s degree from the Technion led to a senior engineer position at Israel Aerospace Industries (IAI).”While I was quite successful at IAI, I decided to expand my horizons and went to MIT in ’69 and graduated in 72.”The head of the MIT Aeronautics and Astronautics Department was Rene Miller, a pioneering rotary-wing researcher, who became Prof. Friedmann’s mentor. Prof. Miller urged the young engineer to begin working on a doctoral thesis on non-linear rotary-wing aeroelasticity. Prof. Friedmann recalls,”The two-and-a-half years that I spent doing research with Prof. Miller were among the most enjoyable years in my life. He had a major influence on my professional life and was a role model that I tried to emulate during my career.”

The year Peretz Friedmann received his Doctor of Science degree in Aeronautics and Astronautics coincided with a depression in the aerospace industry and teaching cutbacks at MIT.He received three offers of university positions and chose to go to UCLA at the advice of Prof.Miller.

At UCLA,between 1972 and 1998, Peretz Friedmann advanced from assistant professor to department chair, teaching structural dynamics, aeroelasticity, aircraft structures, rotorcraft aeromechanics and aircraft design. He also pursued his rotorcraft research.”I was the first to apply the finite element method to rotary-wing aeroelastic problems. I was also the first to address optimum rotor design for vibration reduction in forward flight, which today is considered a passive way of doing it. I asked, ‘can we do better,’ and ‘better’ means active.”

Prof. Friedmann started researching active vibration reduction at UCLA in 1990.” At that time, there was an approach called Higher Harmonic Control which was an active approach successfully implemented on helicopters. However, I became disenchanted with it because it had too many limitations. I then came up with the idea of on-blade control implemented by active flaps, which became quite popular.” Actively controlled flaps can alleviate vibration without impacting helicopter airworthiness and require less power than bigger, heavier actuators used at the blade root for pitch link actuated Individual Blade Control.” Later at Michigan, I also started looking at micro­ flaps which are similar to active flaps, but are much smaller, and have interesting characteristics.”For all its potential benefits, the active flap has yet to find its way onto production helicopters. Professor Friedmann explains,”lndustry contacts tell me that one concern is the increased cost of the helicopter, and another concern is reliability.

“The Germans and the French have been testing this technology on a prototype helicopter for the last decade. Airbus Helicopters has implemented a version of the active flaps on their Blue Pulse demonstrator that is a precursor of a production vehicle.However,it may add between half a million to a million dollars to the cost of a helicopter.Commercial customers  appear reluctant to spend this much money for a vibration suppression device. I believe that one way this technology may happen is if the Army introduces it on a military vehicle,and it eventually trickles down to the civilian sector.” 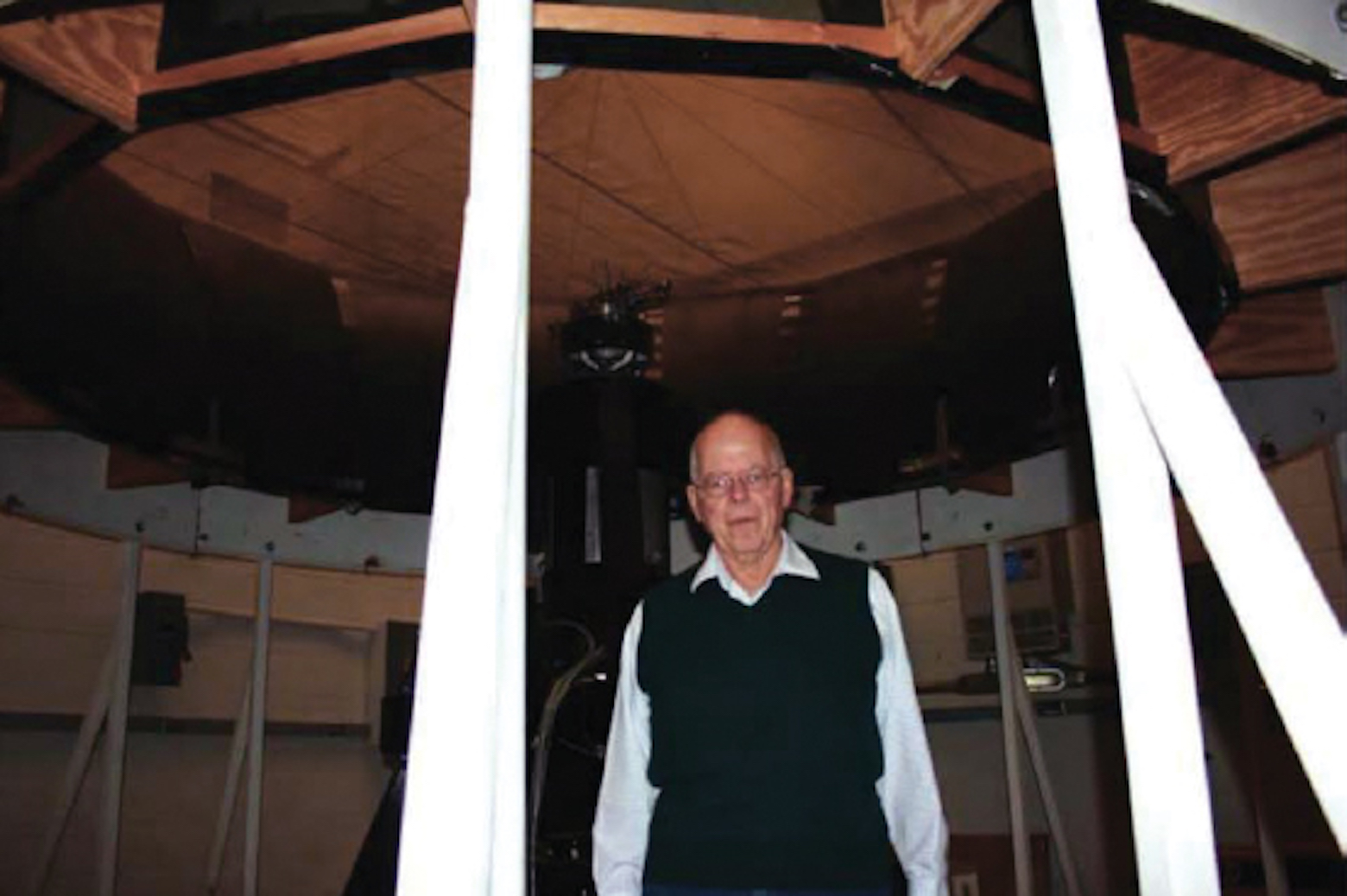 IMAGE:  Dr. Peretz P. Friedmann is the Francois-Xavier Bagnoud Professor of Aerospace Engineering at the University of Michigan.

The University of Michigan has the world’s oldest formal aeronautical engineering program,which celebrated its centennial in 2014.The first course in helicopters and autogyros was introduced in 1932.The Francois-Xavier Bagnoud Foundation was established in 1989 to commemorate Francois- Xavier Bagnoud who graduated from the department and died two years later in a helicopter accident but had a major influence on the department. [As a student, Bagnoud established the AHS

Student Chapter at the University of Michigan.In 1993,AHS established the Franc;ois-Xavier Bagnoud Award,which recognizes outstanding career-to-date contributions to verticalflight technology by an AHS member under the age of 35.]

The FXB Foundation provided generous  funding for a new aerospace engineering building which was completed in 1994.1n 1998,the foundation endowed the Franc;ois-Xavier Bagnoud Professorship,together with a modest endowment for the Center.”ln 1998 the Aerospace Department sent out letters asking people to suggest Vol.61, No.4 a candidate for the Franc;ois-Xavier Bagnoud Chair which emphasizes the rotary-wing area,” recalls Prof.Friedmann. “I had no plans to leave UCLA until I was called and told that many of the letters that came in had my name on them.”

The highly competitive Michigan aeronautical engineering program today draws most of its undergraduate students from the U.S.The graduate program forMS and PhD researchers consists of candidates who represent an even split between the U.S.and overseas including Europe,China,and India.The rotary-wing concentration is particularly demanding. The University of Michigan became part of the VLRCoE when the Army sought to expand the scope of the program beyond the three existing centers.”The requirement in 2006 was for the Maryland,Georgia Tech,and Penn State CoEs,to expand by teaming up with other universities that had rotary  wing activities.We were approached by Georgia Tech,and we teamed up with them,” recalls Prof.Friedmann.”Actually, these things work well because they allow faculty members to engage in joint projects,and we learn from each other.”

The VLRCoE undertakes only selected research topics chosen by the Army from a list proposed by the university. The Michigan Aerospace Department has a rotor hover stand capable of testing rotors with a diameter of 10ft (3 m}, however the Department’s wind tunnel is too small for rotary-wing investigations. “Rotary-wing research enjoys relatively limited funding from NASA’s aeronautics program” observes Professor Friedmann. “There is a large disparity in funding between space and aeronautics. Rotary­ wing funding within the aeronautics program is relatively small.

“Most of the research funding in rotary-wing comes from the military.The research funds available are probably the biggest barrier to making major breakthroughs in research associated with rotary-wing.”The University of Michigan has only three to six rotary­ wing graduate students a year,most working toward PhDs.”These research assistants are expensive to maintain.”

The University of Michigan is an Educational Member of AHS lnternational.”We try to encourage our students to become AHS members, though we don’t have the large numbers of rotary-wing students that you would find at Maryland or Penn State or Georgia Tech.”He adds,”AHS has significant educational value because the student membership benefits are comparable to regular memberships at a fraction of the cost,Furthermore, the Annual Forum is an excellent venue for publicizing the students’work.”

Regarding future rotorcraft, Professor Friedmann thinks, ”They will fly faster. They will have better range. I hope that 20 years from now at least some of the helicopters will have on-blade control devices for vibration and noise reduction. The major breakthroughs – it’s difficult to predict- might come from better and more efficient engine technology and improved multifunctional materials that will produce significant weight reductions.”