“Heartbeat on a chip” could improve pharmaceutical tests

by Gabe Cherry
Michigan Engineering
June 15, 2015
A gravity-powered chip that can mimic a human heartbeat outside the body could advance pharmaceutical testing and open new possibilities in cell culture because it can mimic fundamental physical rhythms, according to U-M researchers who developed it.| Medium Read
A development made by Michigan engineers has taken a major step in drug testing by reproducing the heartbeat in a simplified gravity-driven microfluidic circuit

A gravity-powered chip that can mimic a human heartbeat outside the body could advance pharmaceutical testing and open new possibilities in cell culture because it can mimic fundamental physical rhythms, according to the University of Michigan researchers who developed it.

The apparatus is a new development in the “lab on a chip” category – a class of microfluidic devices that can perform complex laboratory functions in a tiny space.

The first uses are likely to be in testing new cardiovascular drugs and blood thinners, where blood flow is critical to predicting performance, says Shuichi Takayama, a professor of biomedical engineering and macromolecular science & engineering professor who is one of the creators of the device. 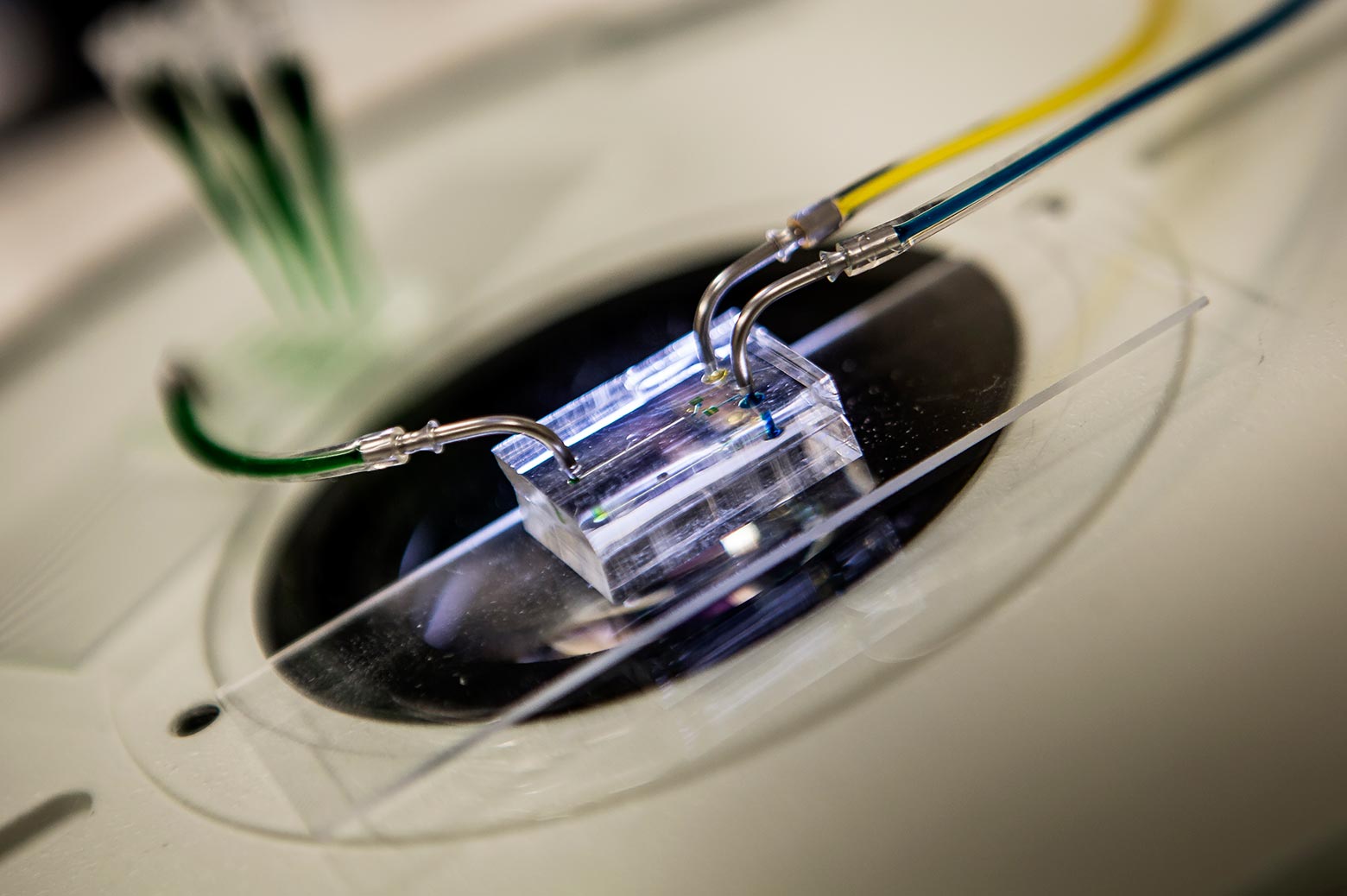 “This chip gives us a bridge between the petri dish and the patient,” he said. “Cells behave much more naturally when they’re subjected to the pulsing rhythms inside the body, as opposed to sitting in a static environment in the lab. So, by duplicating those rhythms on a chip, we can perform much more accurate lab tests before we get begin testing on patients.”

While previous devices have been able to recreate the pulse of a heartbeat outside the body, they required the use of a syringe pump operated by a lab technician, which made long-term tests difficult. The new device is much simpler to operate and can run unattended for long periods of time. The steady input pressure also makes it possible to run multiple pulse rates and pressures on a single chip. This is a big step forward because it enables technicians to run multiple tests at once, Takayama explains.

“Different types of patients have different pulse rates,” he said. “For example, a septic patient’s heart may beat faster or one blood vessel may have a different flow rate than another. Those factors influence how a given therapy will affect a cell. We can now replicate those factors and many others on a single chip and run the tests simultaneously.”

Developed at the Biointerfaces Institute and Michigan Center for Integrative Research in Critical Care, the chip uses an intricate network of microscopic, gravity-driven channels, capacitors and switches to make liquids flow across it in an unlimited variety of pulses and flow rates. It enables researchers to test new therapies on human cell samples that have been injected into the device, in an environment that closely mimics conditions inside the body.

Takayama says the chip can also be used to duplicate other biorhythms in the body, like signals within the brain and hormone delivery.

Takayama says the chip can also be used to duplicate other biorhythms in the body, like signals within the brain and hormone delivery.

“For example, we generally study liver cells’ response to insulin by giving them a big dose all at once,” he said. “But in the body, the liver gets insulin from the pancreas in a series of tiny pulses. We could use this chip to duplicate those pulses and create a much more accurate model of what’s happening to the liver inside the body.” 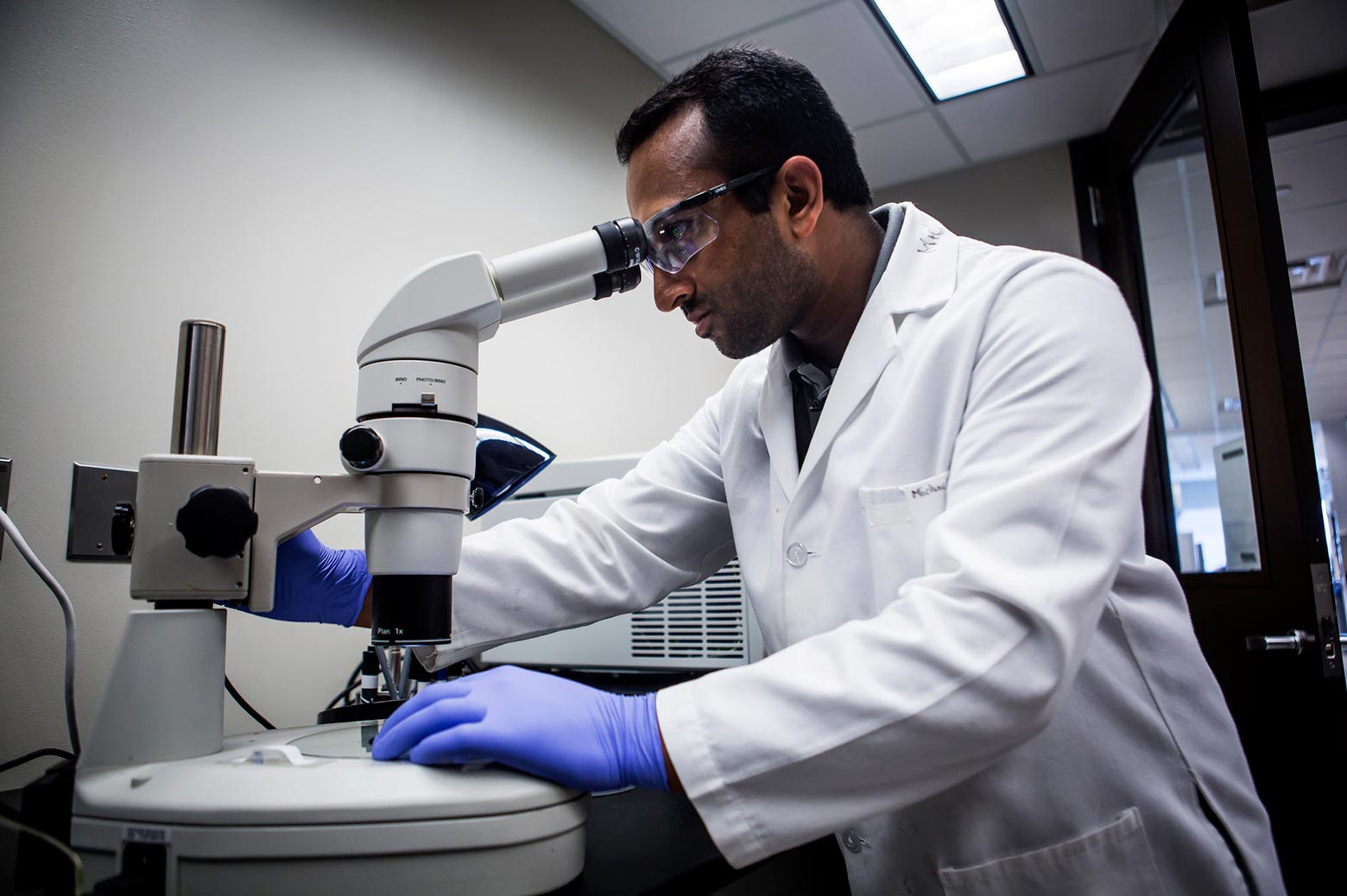 Possibilities emerge for “lab on a chip” style experiments as a new, gravity-operated microfluidic device has the capability of mimicking a human heartbeat outside of the body.

Possibilities emerge for “lab on a chip” style experiments as a new, gravity-operated microfluidic device has the capability of mimicking a human heartbeat outside of the body.

The chip operates much like an electronic processor in a computer, but it uses fluid instead of electricity. Sung-Jin Kim, a former researcher in Takayama’s lab who is now an assistant professor of mechanical engineering at KonKuk University in Seoul, South Korea, explains that developing switches and capacitors that use fluid is simple in principal but was difficult to put into practice.

“One of our biggest challenges was building a gravity-driven microfluidic circuit that works reliably,” he explains. “Because unlike electronics, microfluidic switches need negative pressure to close properly. We eventually realized that we could control the pressure of the system by positioning the outflow well at a measured distance below the chip, creating just the right amount of negative pressure.”

The team uses CAD design software to custom-design each chip to exact specifications, then uses a combination of soft lithography and photolithography to mold the chip out of silicon rubber at a cost of only a few cents each.

Because the chips are used in the lab and not on humans, Kim says researchers can begin using them right away. He said the team has no immediate plans for commercialization, but they may begin sharing the design with researchers on a non-commercial basis in a matter of months.

“I think the relative simplicity of this device is going to put it in the hands of a lot more researchers, particularly in fields like cardiovascular research,” he said. “That could help a lot of people, and to me, that’s the most exciting thing about this project.”

The team’s findings are detailed in a new paper published in the journal Nature Communications. The paper is titled “Multiple independent autonomous hydraulic oscillators driven by a common gravity head.” Funding was provided by the National Institutes of Health (grant no. 096040), Institutional Program for Young Researcher Overseas Visits of Japan and the National Research Foundation of Korea.