by Gabe Cherry
Michigan Engineering
June 9, 2015
As part of its plan to nearly triple the annual number of black engineering graduates nationwide by 2025, the National Society of Black Engineers recently gathered about 175 newly elected student leaders and staff members from chapters across the country at U-M for its National Leadership Conference, held June 3-6.| Medium Read
Enlarge 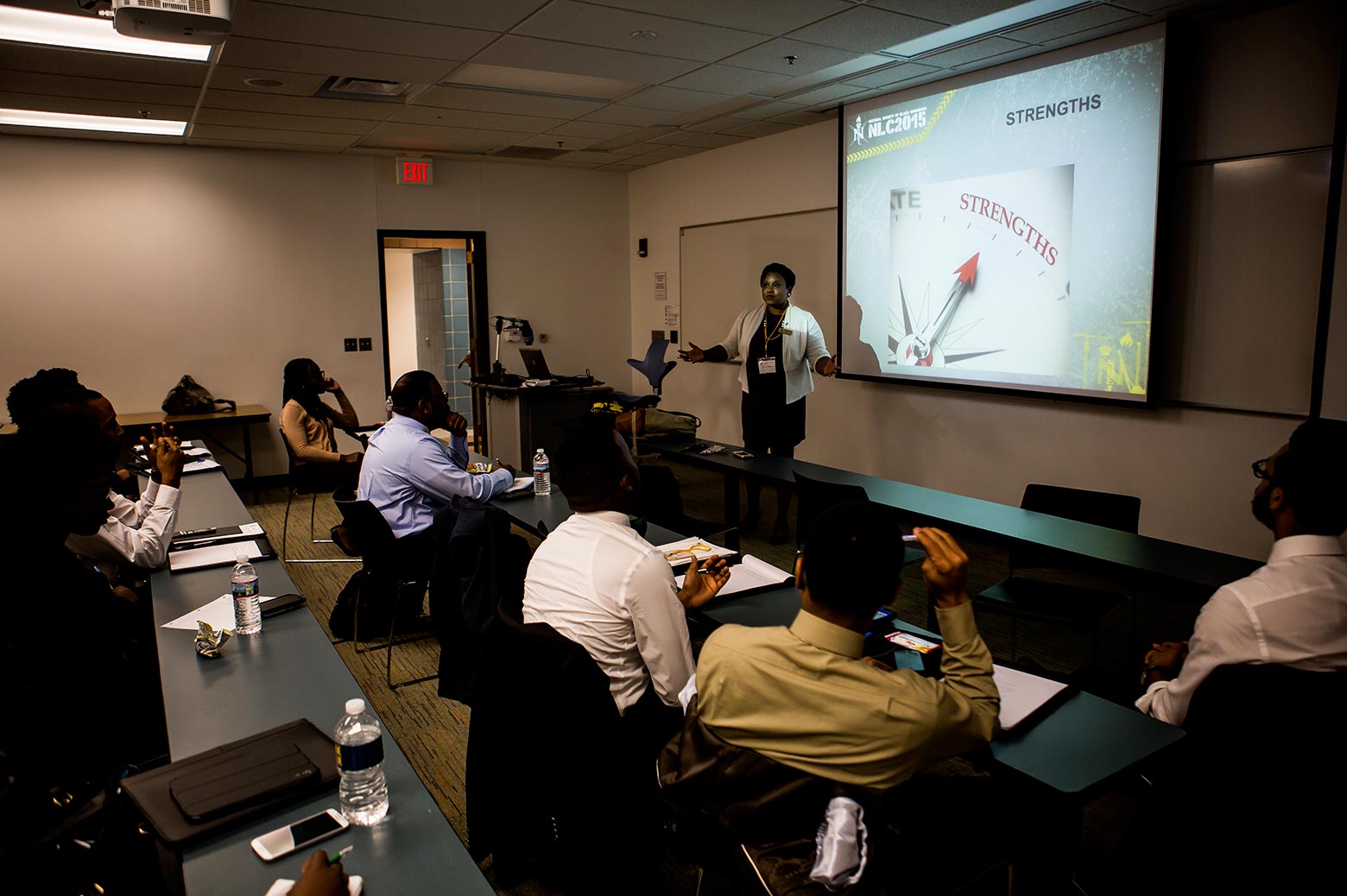 IMAGE:  Christina Sykes, director of Marketing and Communications of the National Society of Black Engineers (NSBE), leads a communications workshop in the EECS Building at the 2015 NSBE Leadership Conference on June 5, 2015. Photo: Joseph Xu

As part of its plan to nearly triple the annual number of black engineering graduates nationwide by 2025, the National Society of Black Engineers (NSBE) recently gathered about 175 newly elected student leaders and staff members from chapters across the country on the University of Michigan’s engineering campus for its National Leadership Conference, held June 3-6.

The event provided new board members with training in areas like fundraising, communication and teamwork—skills they’ll need as they work toward their goal of increasing the number of black engineering graduates from just over 3,600 per year today to more than 10,000 per year by 2025. That goal is one of several that NSBE National Chairperson Neville Green outlined at the conference, aimed at building the pipeline of black students coming from K-12 education through a combination of increased scholarship availability and a ramping up of outreach efforts targeted at elementary, middle and high school students.

“We envision a world in which engineering is a mainstream word in homes and communities of color, and where all black students can envision themselves as engineers,” Green said.

Other key goals for black students include:

The group is expanding its Summer Engineering Experience for Kids (SEEK) to 17 sites in 16 cities across the United States this summer. It’s also encouraging more school districts to offer calculus in high school.

A second part of NSBE’s strategy would build on efforts to give current engineering students the tools they need to graduate, including test taking help, study skills training and networking opportunities for students.

“We want to make sure that even though students are away from their home community, they have the tools they need to succeed,” said Matthew Nelson, NSBE’s national assistant treasurer and a recent graduate of the Industrial & Operations Engineering department in the U-M engineering college. “NSBE offers students a support system and helps provide a comfortable atmosphere for success.” 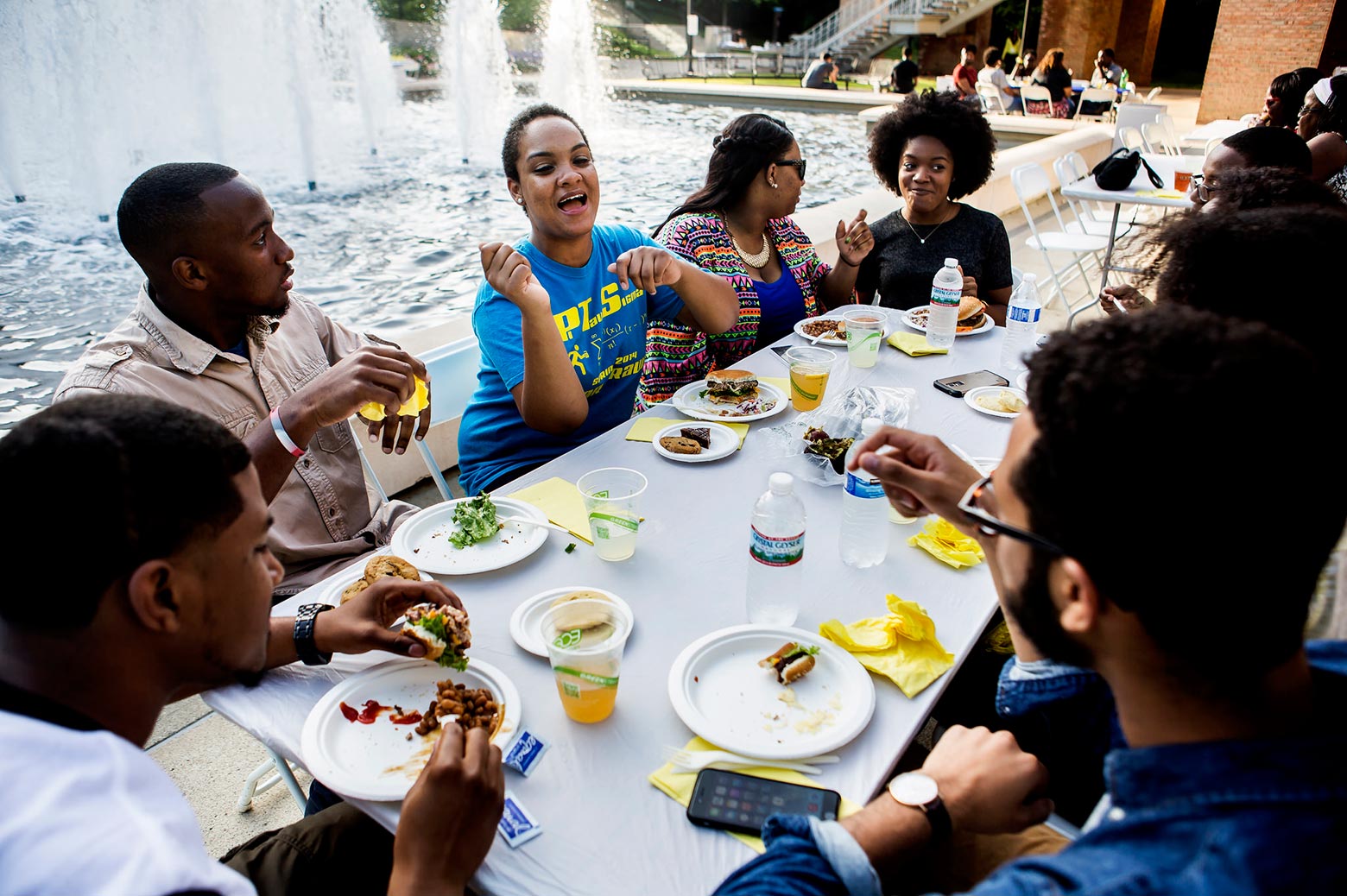 IMAGE:  Students, board members, and representatives of various regions of the National Society of Black Engineers (NSBE) attend a closing cookout of the 2015 NSBE Leadership Conference outside of the Lurie Engineering Center on June 6, 2015. Photo: Joseph Xu

This year’s conference is the second of three NSBE National Leadership Conferences that U-M has committed to host. David Munson, the Robert J. Vlasic Dean of Engineering at U-M, opened the conference with a keynote speech that outlined U-M’s commitment to NSBE and other organizations that aim to build diversity in the engineering field.

“As Michigan and NSBE are leaders in our respective domains, it’s significant that we are partnering to make a difference,” he said. “All of us in this room know too well that making the engineering discipline more diverse is a grand challenge. Yet, as engineers, we never concede to a big problem. We just keep working at it.”

U-M’s partnership with NSBE is one of several that aim to build diversity among engineering students according to Robert Scott, managing director at the U-M Center for Engineering Diversity and Outreach.

“On behalf of the College of Engineering, the Center for Engineering Diversity & Outreach (CEDO) is proud to again host the annual NSBE Leadership Conference,” he said. “We believe that partnering with organizations like NSBE is key to making a difference in diversifying the face of engineering.”

Other active partnerships include the Society of Hispanic Professional Engineers (SHPE) and the National Action Council for Minorities in Engineering (NACME). Through these partnerships, along with programs like the Michigan Engineering Zone and the Michigan STEM Academy, the College of Engineering works to increase access and achievement for a diverse population of engineering students. 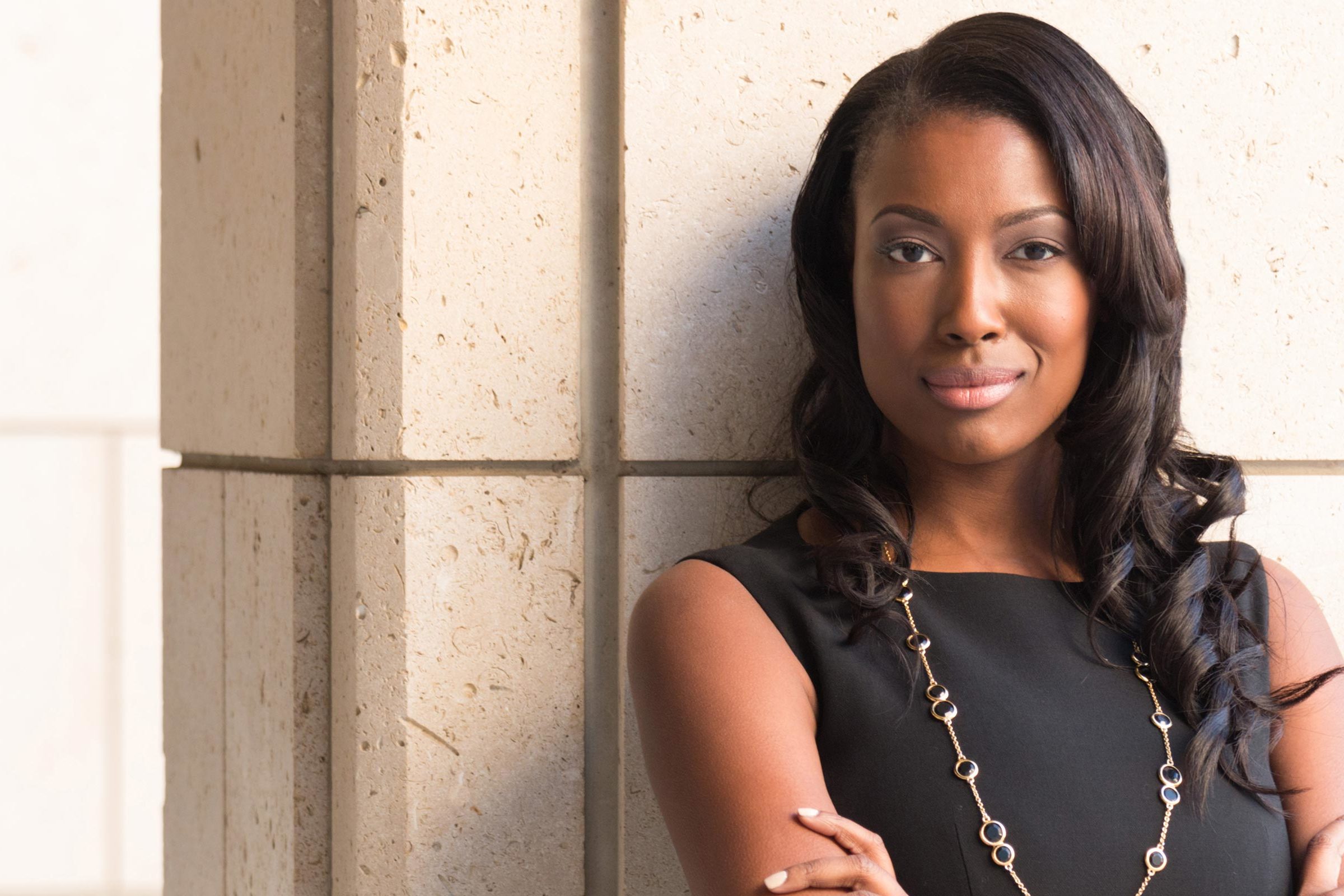 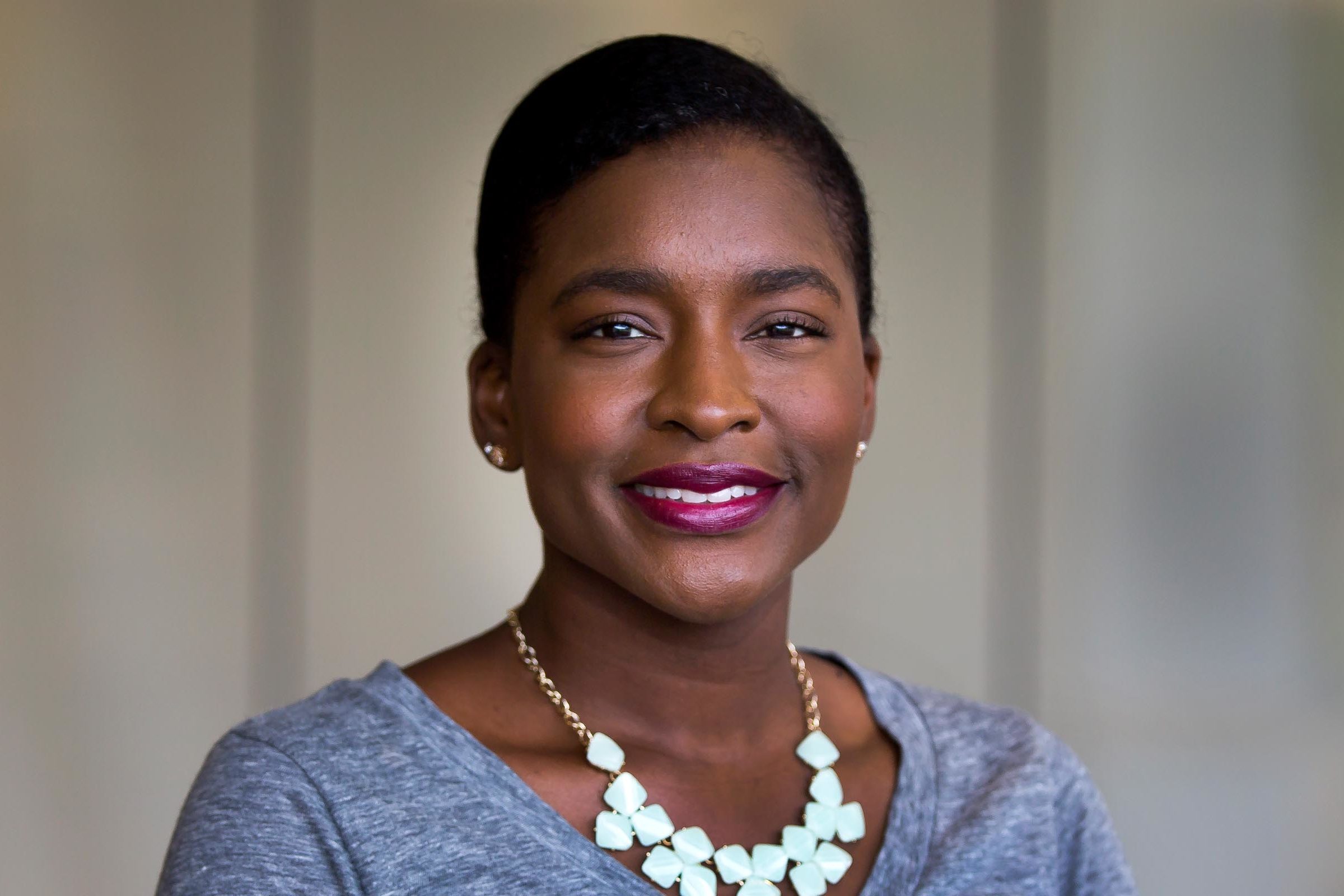 In an effort to reduce the shortage of African-American engineering talent in the U.S., the University of Michigan is hosting the National Society of Black Engineers' National Leadership Conference this week.| Medium Read