The gift of an education: Paul and Ruth Bauhahn fund the next generation of life-changing technology 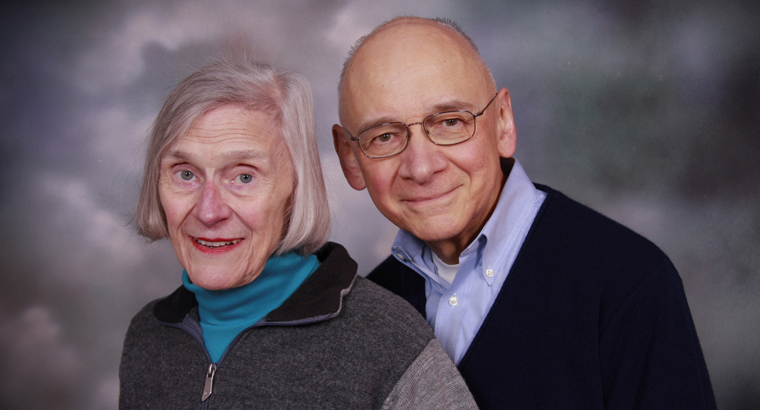 The Bauhahns know firsthand the value of a Michigan education. Using their degrees in various capacities, both enjoyed long and meaningful careers. In his work as an engineer at Honeywell, Paul developed microwave, millimeter wave and micromechanical devices, and worked with lasers for diverse applications. He retired with thirteen patents. Ruth retired from Medtronic as a human factor scientist in product development with five patents related to the design of medical devices for spinal cord stimulation.

The Health and Engineering Connection

Both Paul and Ruth are passionate about leveraging technology to improve individual health. Paul recalls the work of Prof. Ken Wise, who was a member of Paul’s thesis committee:

“Prof. Wise bridged the worlds of health and engineering. When I was there he was putting a sensor on the end of a catheter and running it up through a vein, to convert the pressure waves in the heart to electrical signals for obtaining detailed information about its activity. Later he went on to develop a multi-electrode interface to the brain. He was a great guy.”

Though retired, Ken Wise is still working on interfaces to the brain, now with Prof. Euisik Yoon.

Ruth has first-hand experience in engineering’s impact on healthcare, saying:

“I was working on products at Medtronic that included neuromodulation systems and implantable drug delivery systems for chronic pain, common movement disorders, psychiatric disorders and urologic disorders. Deep Brain Stimulation (DBS), a treatment for movement symptoms of Parkinson’s disease, essential tremor and dystonia, is a particularly exciting area. During DBS therapy, a small pacemaker-like device sends electronic signals to a precisely-targeted area of the brain, blocking signals that cause symptoms.“

She’s very proud of the fact that Michigan was bridging the world of engineering, medicine, and industry 30 years before many other schools were getting in the game. In the world of tech transfer, ECE is a front-runner in terms of intellectual property generated, and companies started.

The Bauhahns’ interest in technology that can directly help society is a major motivating factor for their donation. The Paul E. and Ruth E. Bauhahn Fellowship Fund may one day support the education of a Michigan student working on cancer treatment, or understanding the human brain, or improving medical imaging, or using big data and genomics to understand illness, or designing stents to save lives – all projects happening right now in ECE.

A Great Education is a Game Changer

Throughout his time at Michigan, Paul said he had many wonderful teachers in both electrical engineering and physics, recalling in particular Prof. Haddad (solid-state and microwave devices), Prof. Emmett Leith (inventor of modern holography), and Prof. Ron Lomax (an early educator of circuits and VLSI).

It was during this time that he met Ruth, who was pursuing her master’s degree in education at Michigan. They were married in 1971. In the years leading up to their move to Minnesota, Ruth taught 8th grade math at Wayne-Westland schools. It would be her last teaching position, but not the last time she used her educational background.

“When I graduated from high school in ’55, girls essentially went into teaching or nursing,” says Ruth. “Those were our career options.” But after Paul accepted a job at Honeywell, Ruth made a major career change. She learned some programming and found work at Medtronic as a software technician. She advanced to software engineer before shifting to a different role in product development as a human factors scientist. This involved working to design products that were safe and effective to use. She designed the protocols for usability tests, conducted studies with end users, wrote up the results, and drew conclusions that influenced the product’s continued development.

To Ruth, this line of work was a perfect union of her different fields. “Essentially, as a human factor scientist, I was observing how people learn, which has always been a part of teaching,” she says. “I was fortunate at Medtronic to work on all therapies and devices. And I was able to do so much with our patients and clinicians.”

After a lifetime immersed in impactful and rewarding work, the Bauhahns felt it appropriate to offer whatever help they could so that future generations could do the same. And for the Bauhahns, an advanced education offers unparalleled rewards for the individual, and for society.

“I have met Nobel Prize winners, and understand why they won the Nobel Prize,” said Paul. “There are also many other wonderful people out there who have contributed to major advances in technology that will be little known to those outside their immediate fields. I have been privileged to know some of them. It’s just so much fun! I love that part of my job so much. These individuals are doing work that benefits all of humanity. They are needed by everyone.”

The Bauhahns are also working with local schools to help improve students’ skills in math and science. After he retired, Paul taught physics with calculus at a local community college. But the students were not proficient in algebra or trigonometry. He was deeply concerned, knowing that a strong background in these areas can set a student on a path that can change lives. A path that one day may take them to Michigan.

“Michigan has a great reputation in so many disciplines: science, law, medicine.  I feel very proud to have a degree from Michigan,” said Ruth.  Paul and Ruth Bauhahn’s love for education and technology that will benefit mankind are perfectly reflected in their gift to support graduate education in ECE. And ever faithful to the maize and blue, they ended the interview with a resounding:

“It’s important to encourage students to get advanced degrees. These are the people who are producing some of the best new products. These individuals are doing work that benefits all of humanity. They are needed by everyone.”
– Paul Bauhahn

“It’s this idea of lighting a spark that learning can be very rewarding and fun and challenging. The challenging part is the part that adds another dimension to your life. And it will pay off.”
– Ruth Bauhahn

Andre was chosen for her outstanding research and commitment to outreach activities.| Short Read 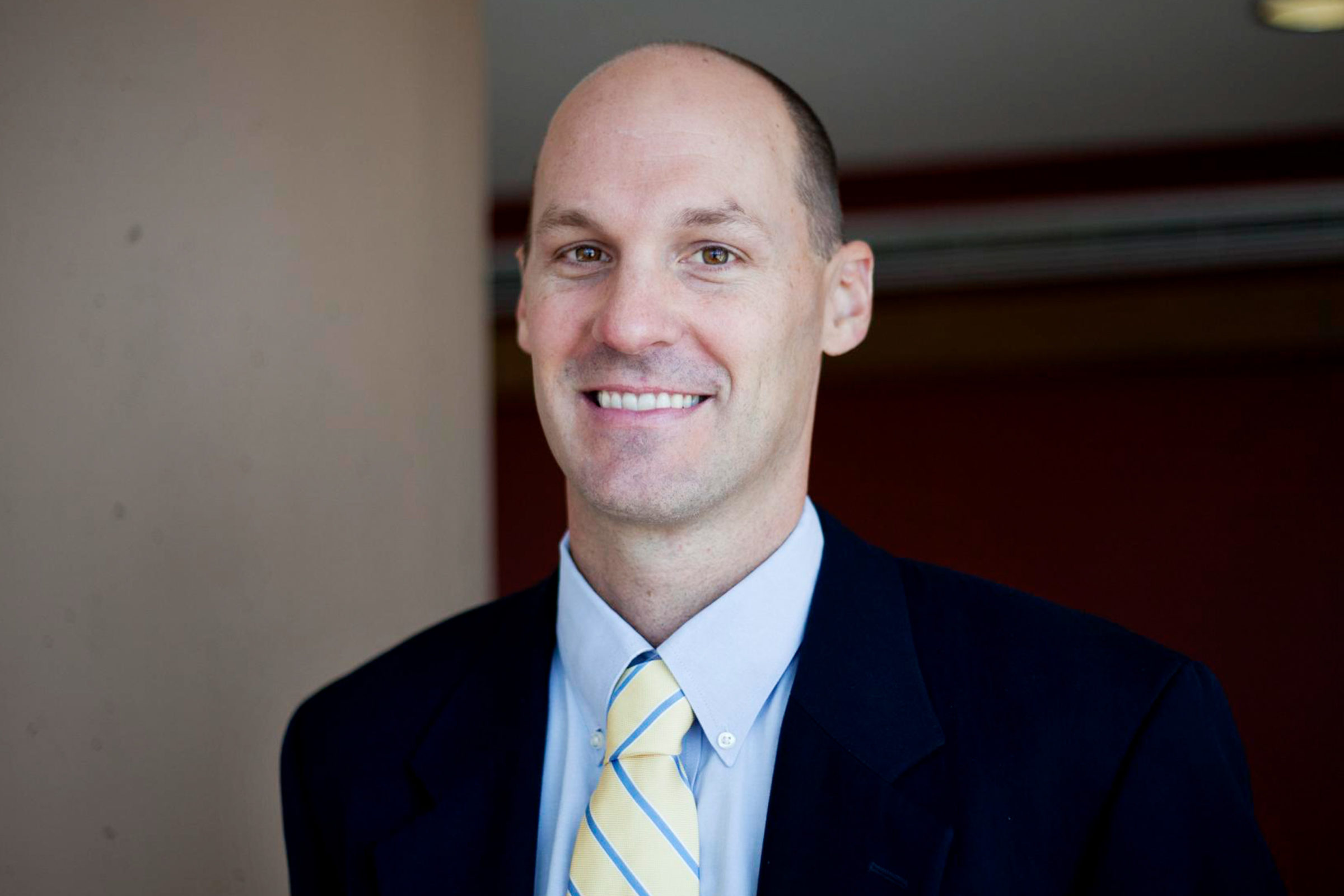 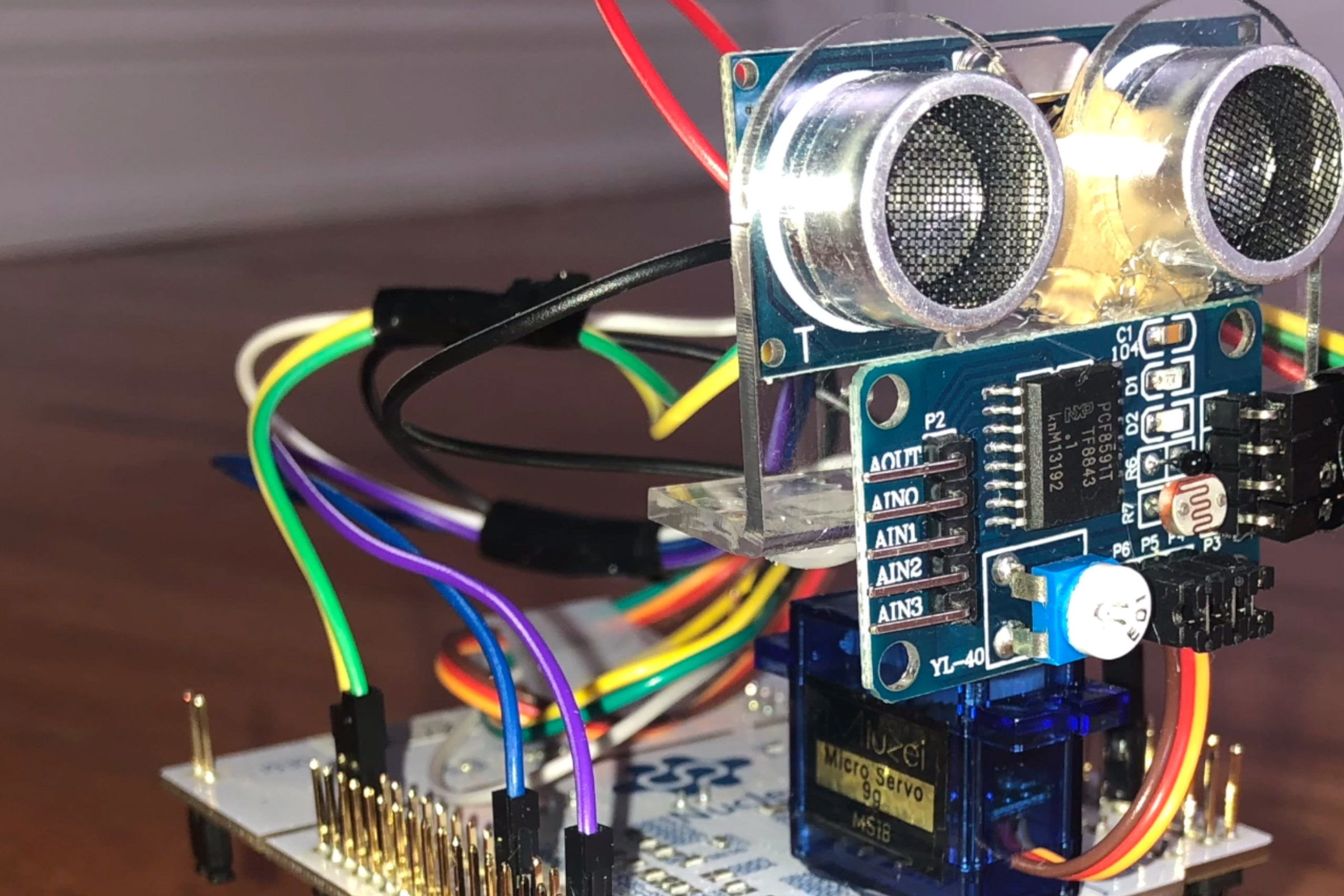